The exhaust manifolds (or headers as people outside the UK like to call them) were looking pretty awful when I took them off the car, so I needed to decide what to do with them. Most of what you're looking at with these manifolds is actually the heat shield rather than the pipes themselves - they're under the shield. I spent some time trying to polish them up but was running out of materials and frankly wasn't getting a very good result. In the end I decided I would paint them with exhaust paint, which is designed for this purpose.

This is what I started with: 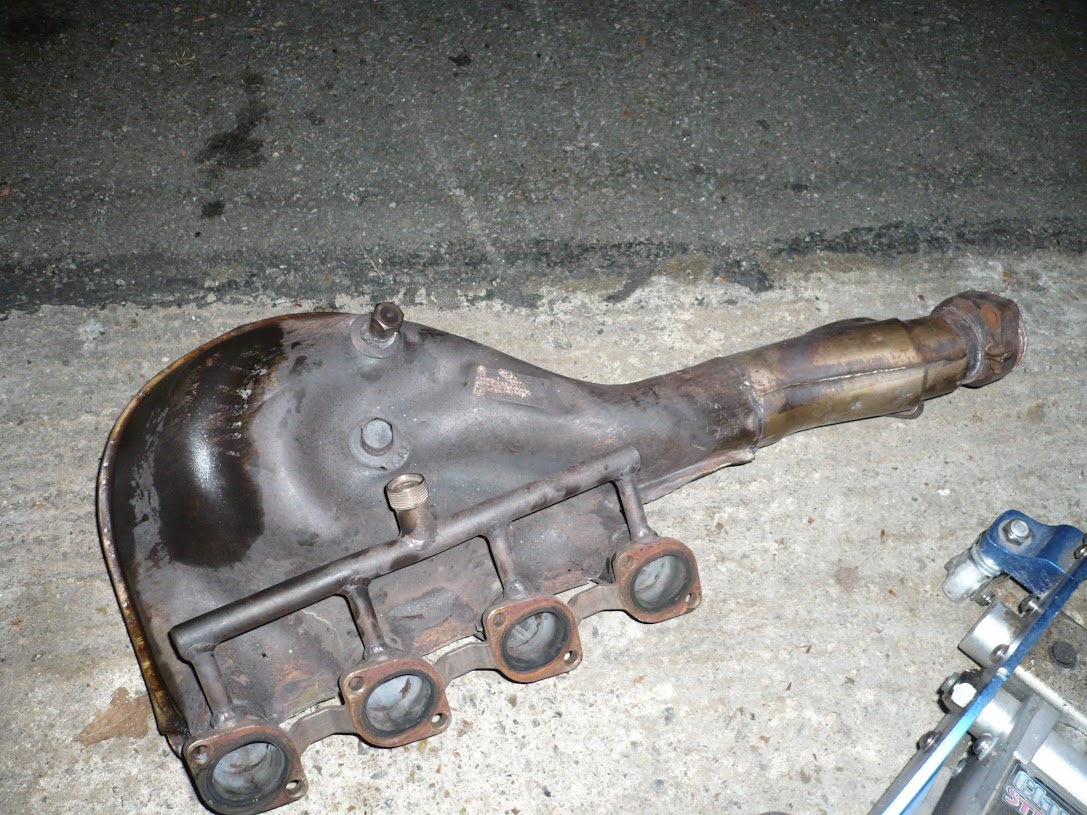 I don't seem to have a photo of a cleaned up unpainted manifold, but suffice to say that whilst it was a lot better I still didn't like it. I used VHT flameproof paint, with the proper VHT primer applied first. This paint calls for a series of heat cycles to cure the paint, either on the car or in the oven. I would have to do it on the car because I did not have an oven big enough for these, so once painted the curing process would have to wait until after the engine was back in the car.

I masked off all the important bits, paying particular attention to mating flanges etc, and applied coats of the white primer. You might be able to see here that the manifolds are mounted via some rods onto steel vertical pieces. I did this so that I could get around the whole manifold with paint in one go. It took a bit of building but it's basically some thick wall square steel tubing with threaded rod bolted through it and into the mounting flanges. 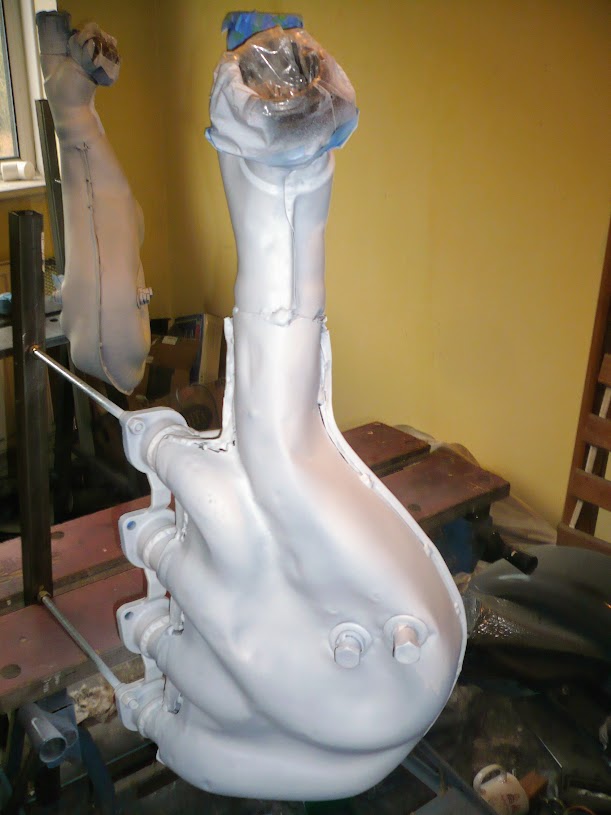 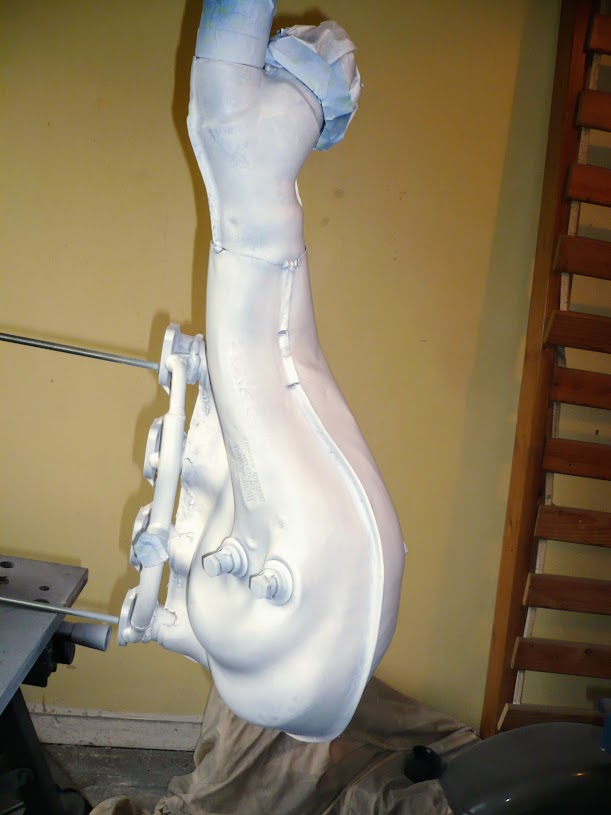 I think I did three coats of primer to ensure proper coverage before moving on to the colour. I chose silver for the colour. Flameproof doesn't have much of a colour range. I might have chosen gold if it were available, but it isn't. I applied several coats of silver paint. Below is what it looked like some time during that process. First image is after 1 coat: 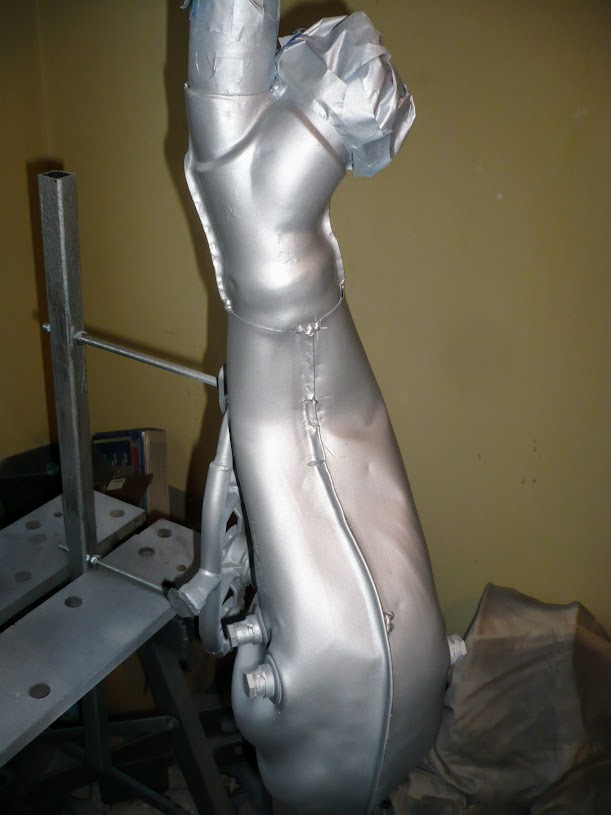 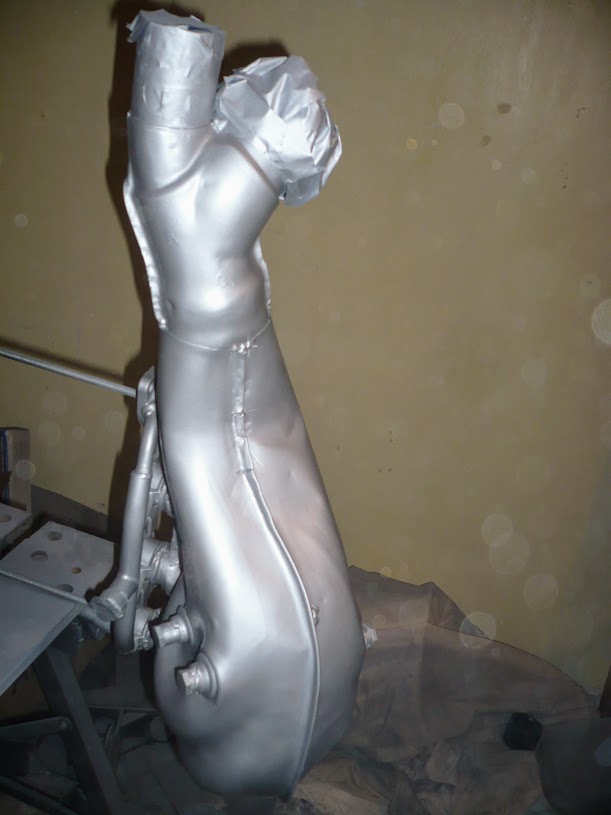 After third coat and the paint is dry, ready for removal of the masking tape: 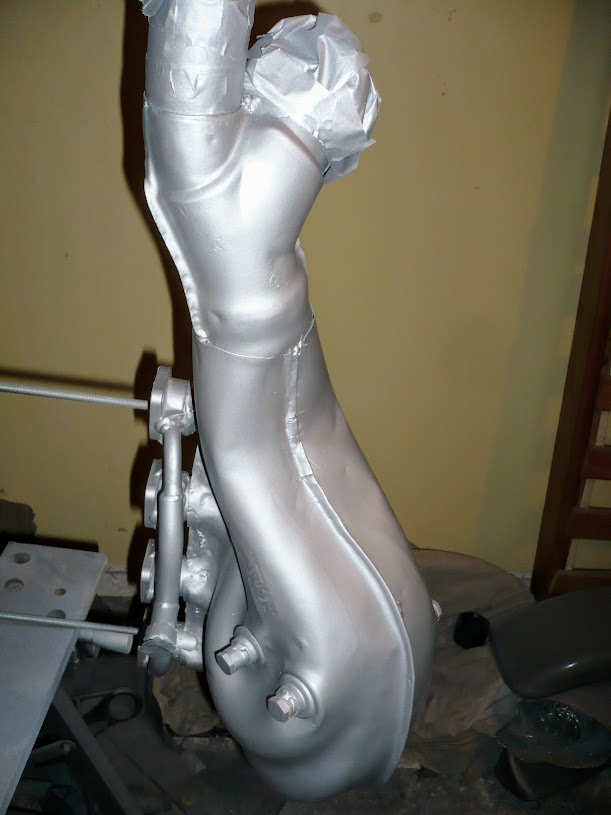 And here's what it looked like after the masking tape was removed. This is actually a few days later just before I fitted back onto the engine. 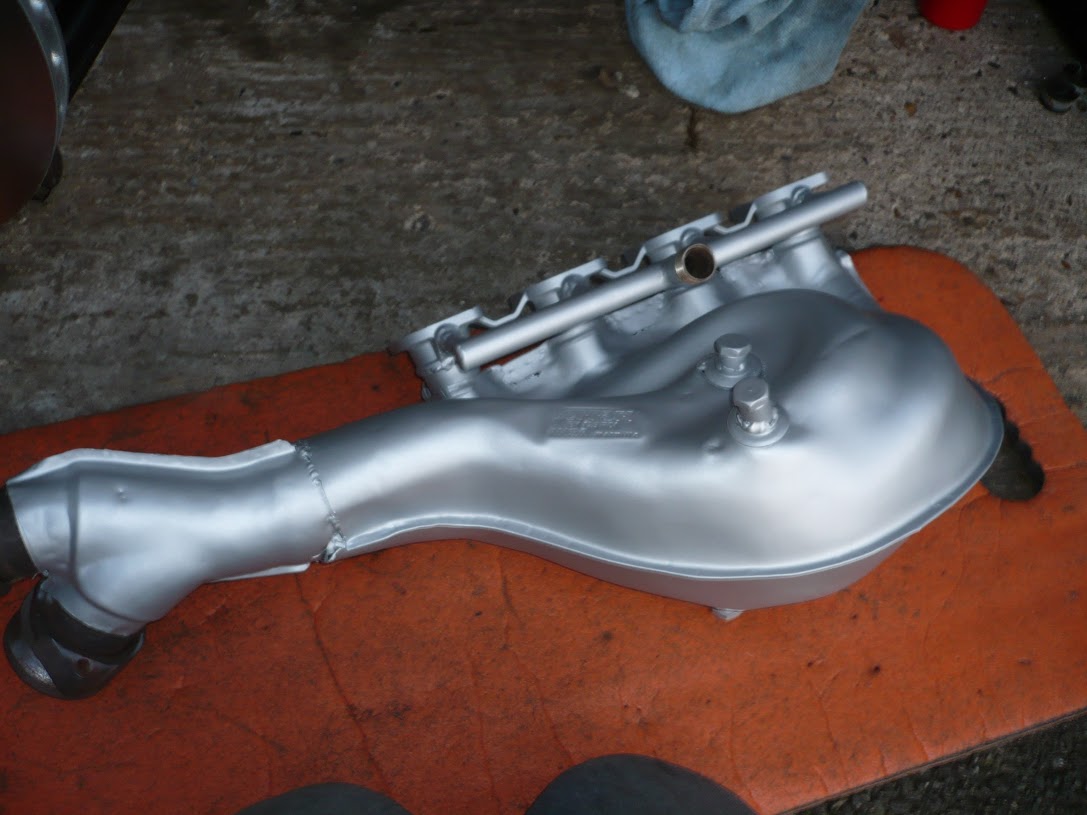