Finishing off the brakes here, although I can't adjust the handbrake at this point - I have to wait until the engine goes back in to do that.

First, I fitted the new handbrake cable onto the chassis using new clips: 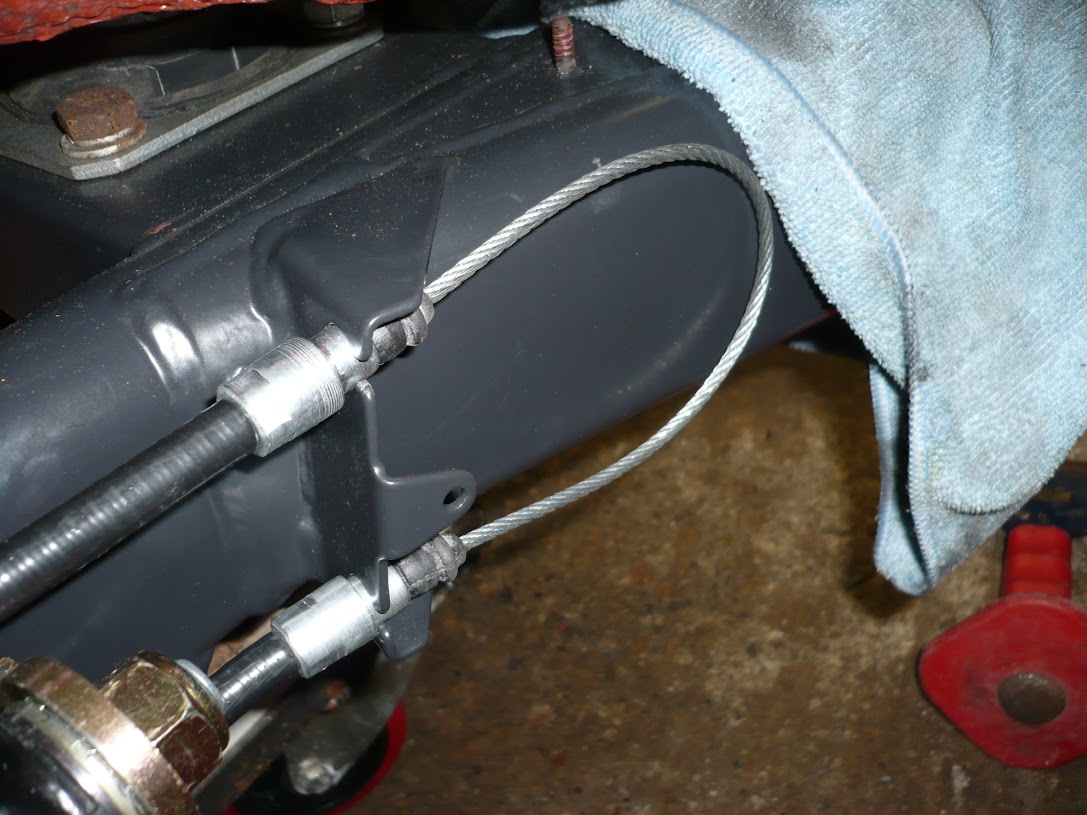 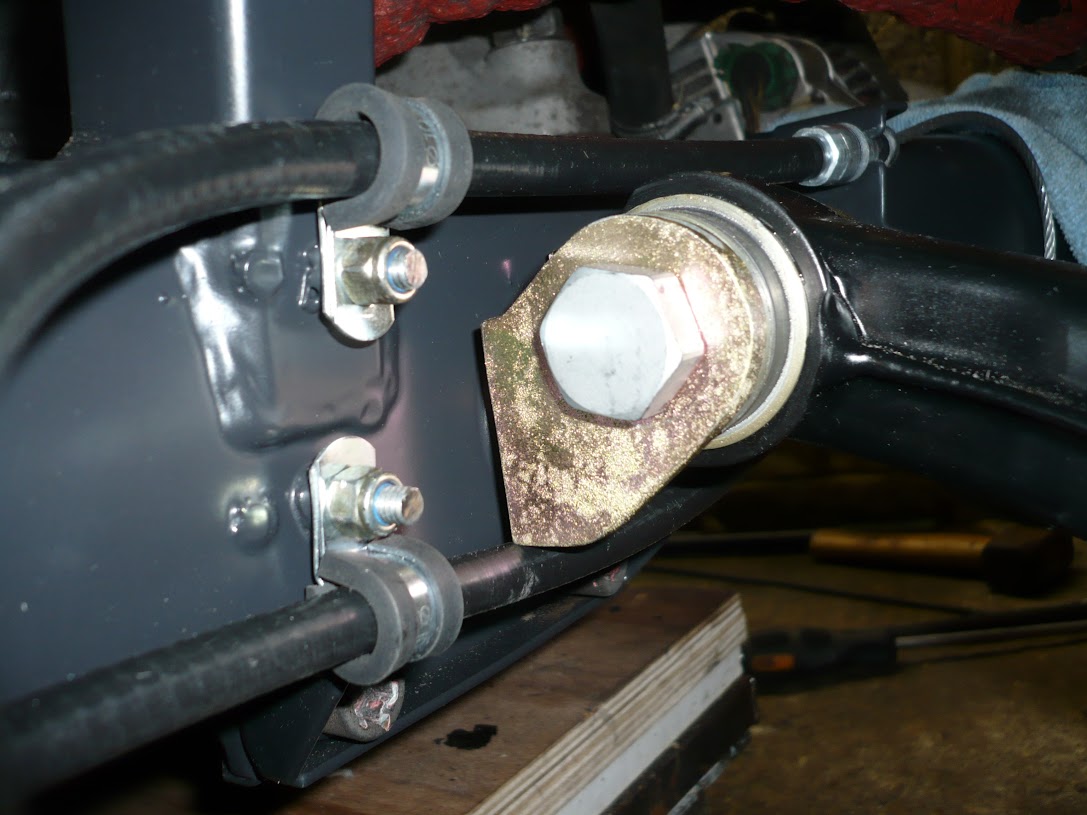 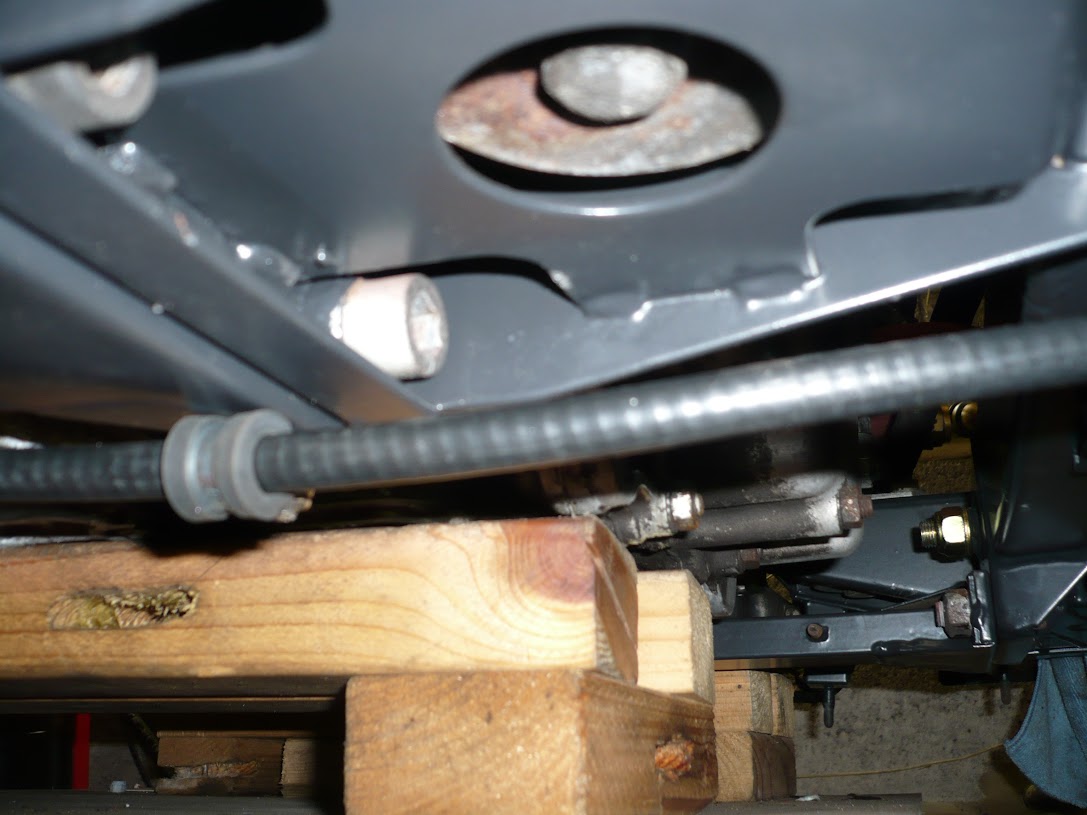 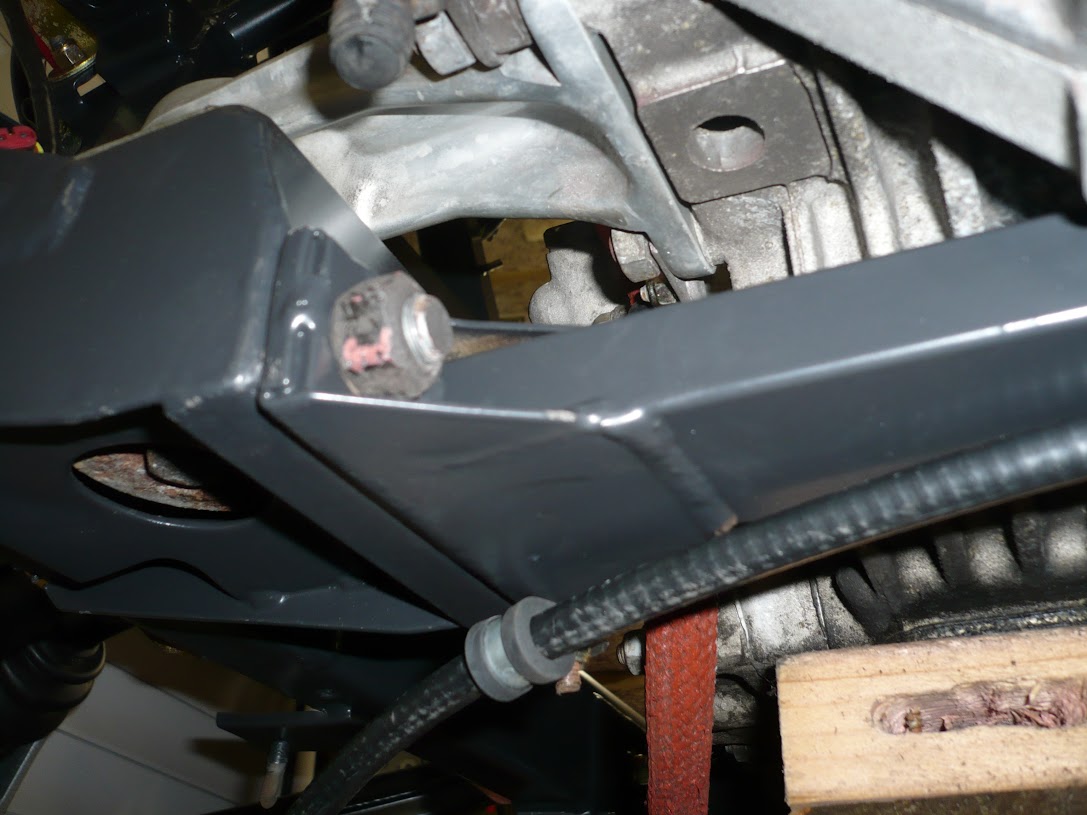 On this last image you can see that the removable subframe crossmember has a dent in it where the clip is fitted. This is because in the past someone has jacked the car up under that point (which is a bad idea anyway, even if this stud and clip was not present) and therefore bent the stud over and taken the pipe with it. I needed a slide hammer to fix that and didn't have one, so just had to straighten it as much as I could by bending the stud back, and then replace the stud itself as the threads were basically rusted away. 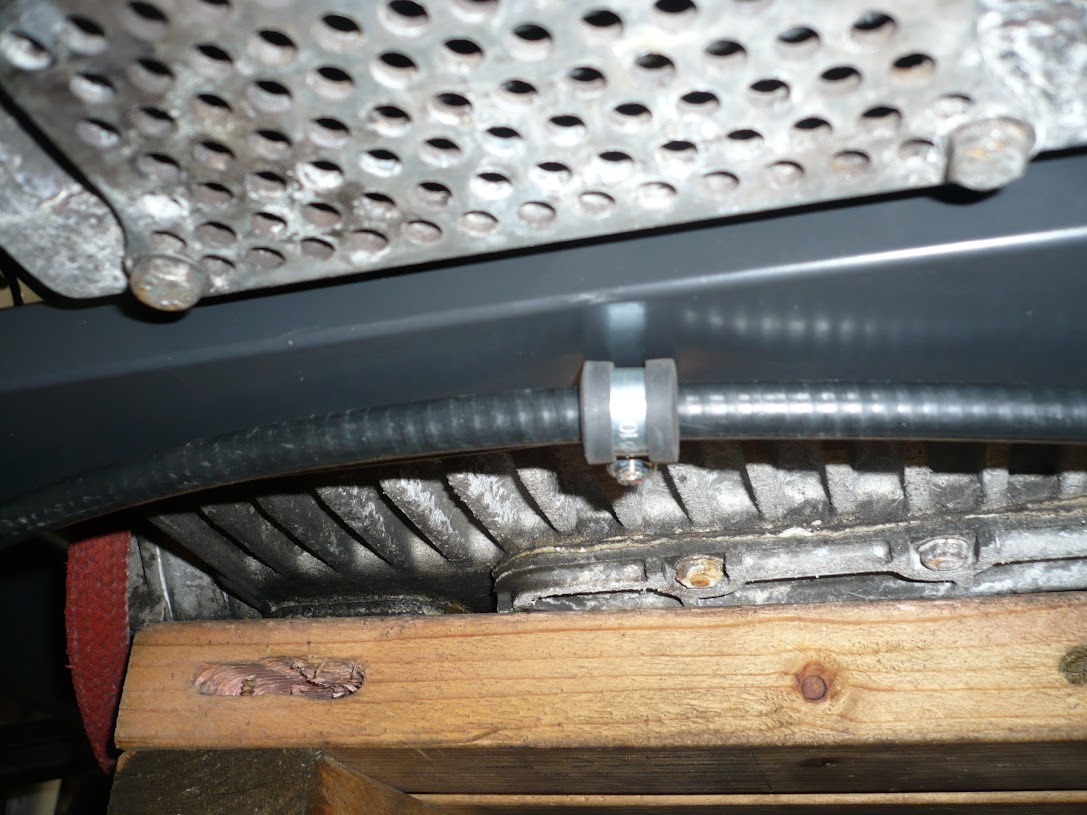 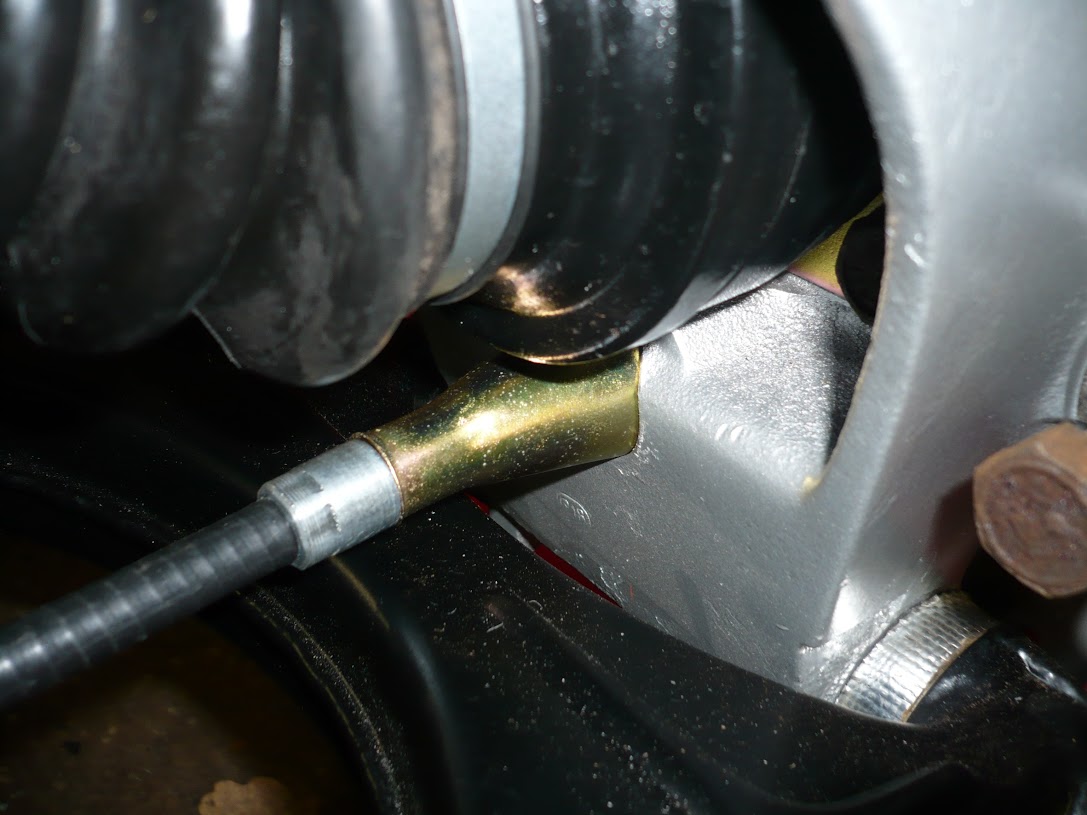 The next task is to get the eye on the end of the handbrake cable slipped over the hook on the lever mechanism that operates the brake shoes. This is extremely difficult to achieve from the back, so I decided to just remove the mechanism and attach it in front, then pull it back through and fit the lever back in place. There was plenty of slack available in the cable to do this as the other end is not attached to the main handbrake cable at this point (and won't be until the engine goes back in the car): 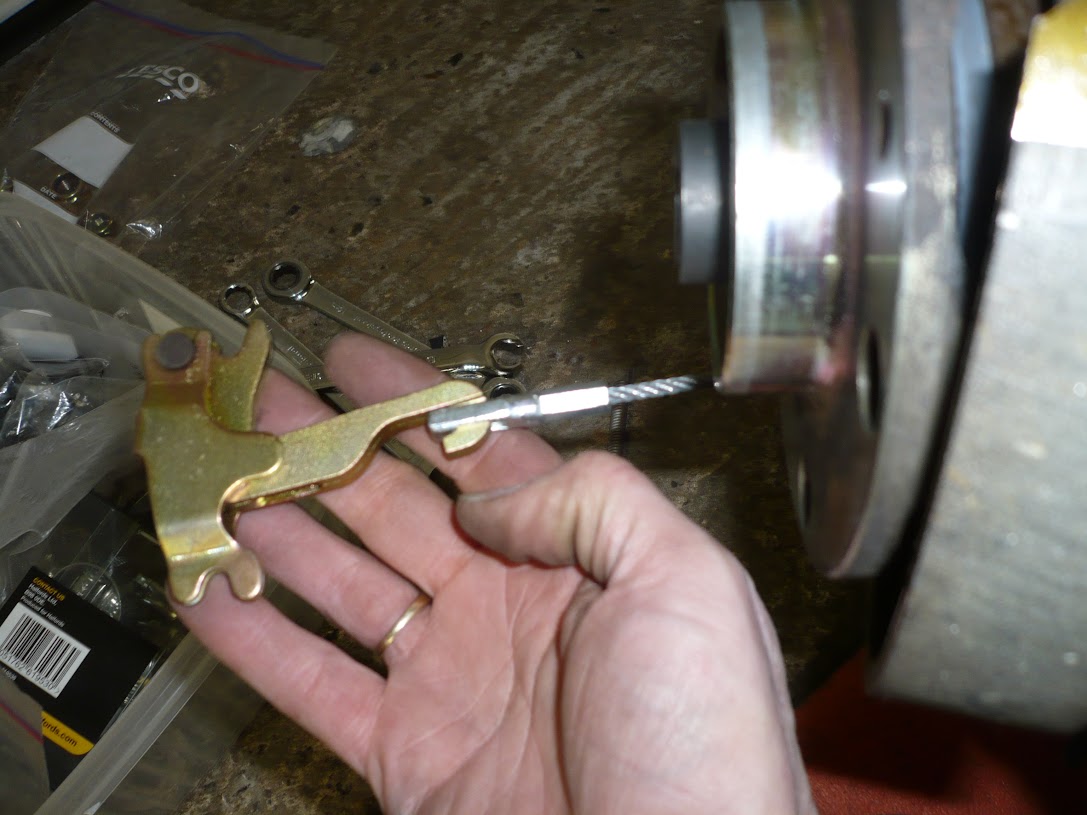 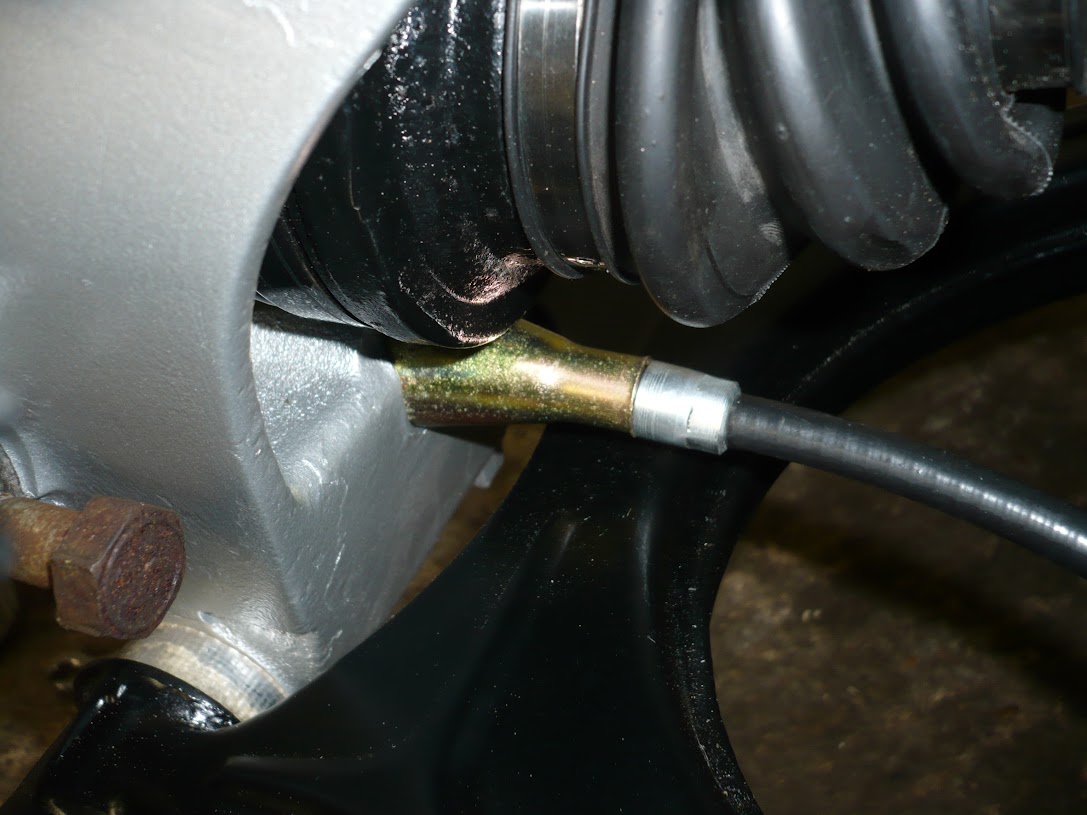 I could then install the new discs; 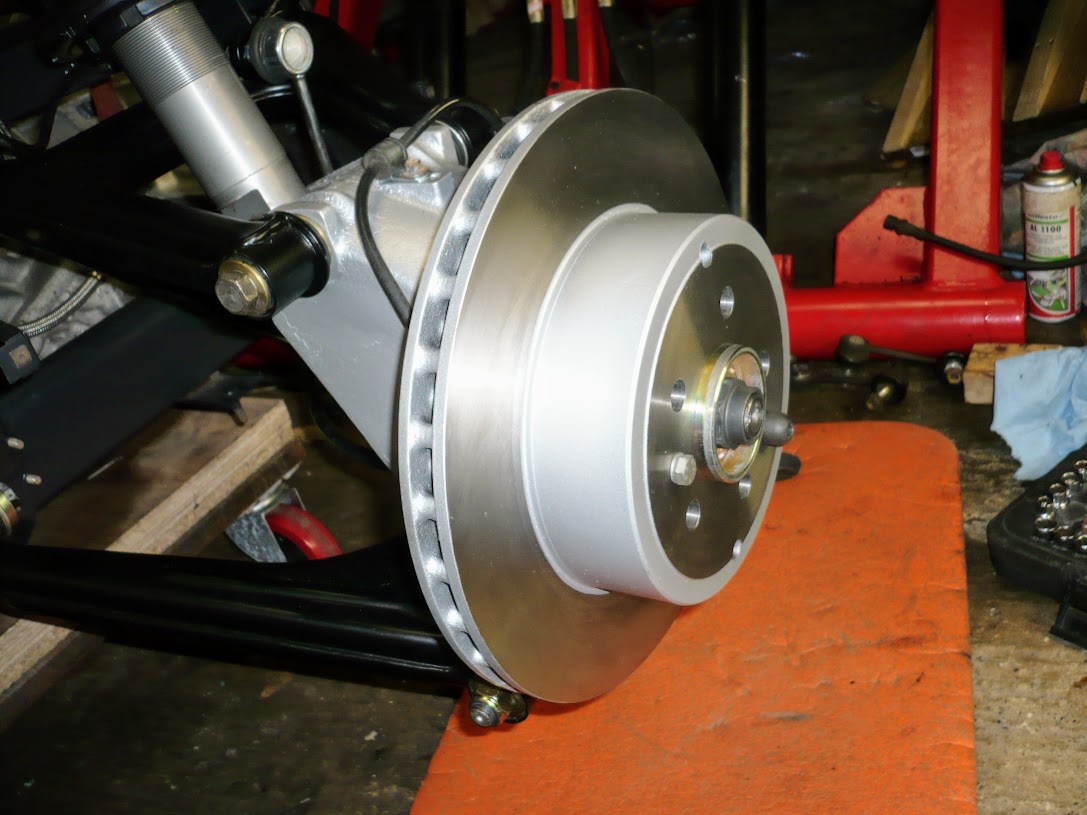 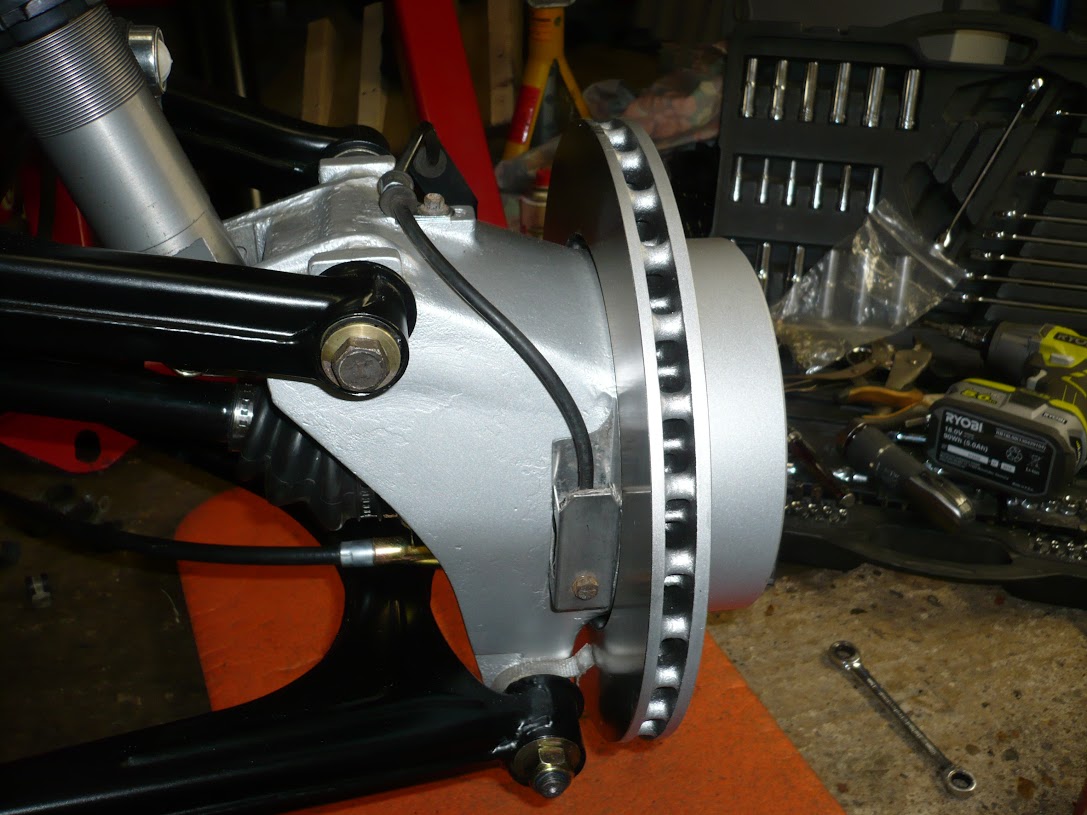 And then finally bolt the calipers on; 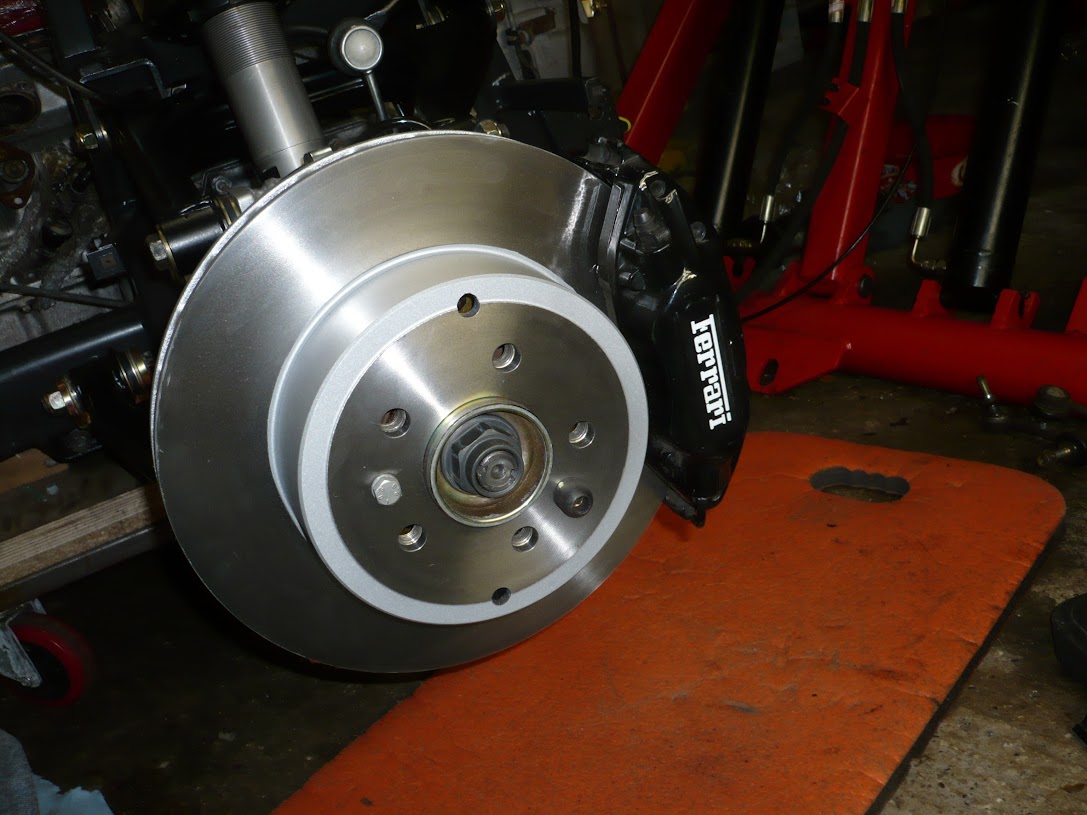 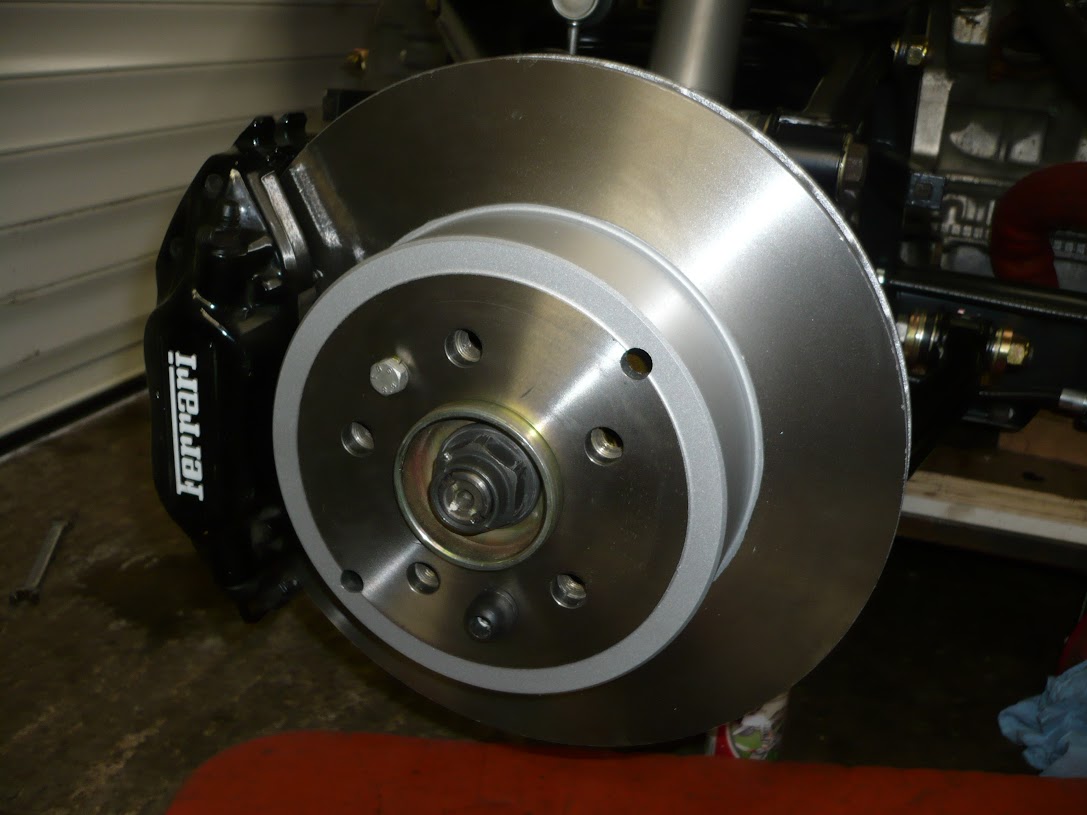 I installed new flexible lines into the calipers as the old ones were looking a bit tired. I was a bit concerned about getting the old lines out of the calipers but they came out on the bench quite easily after a soak in penetrating fluid. New lines attached and ABS sensor cables clipped in place; 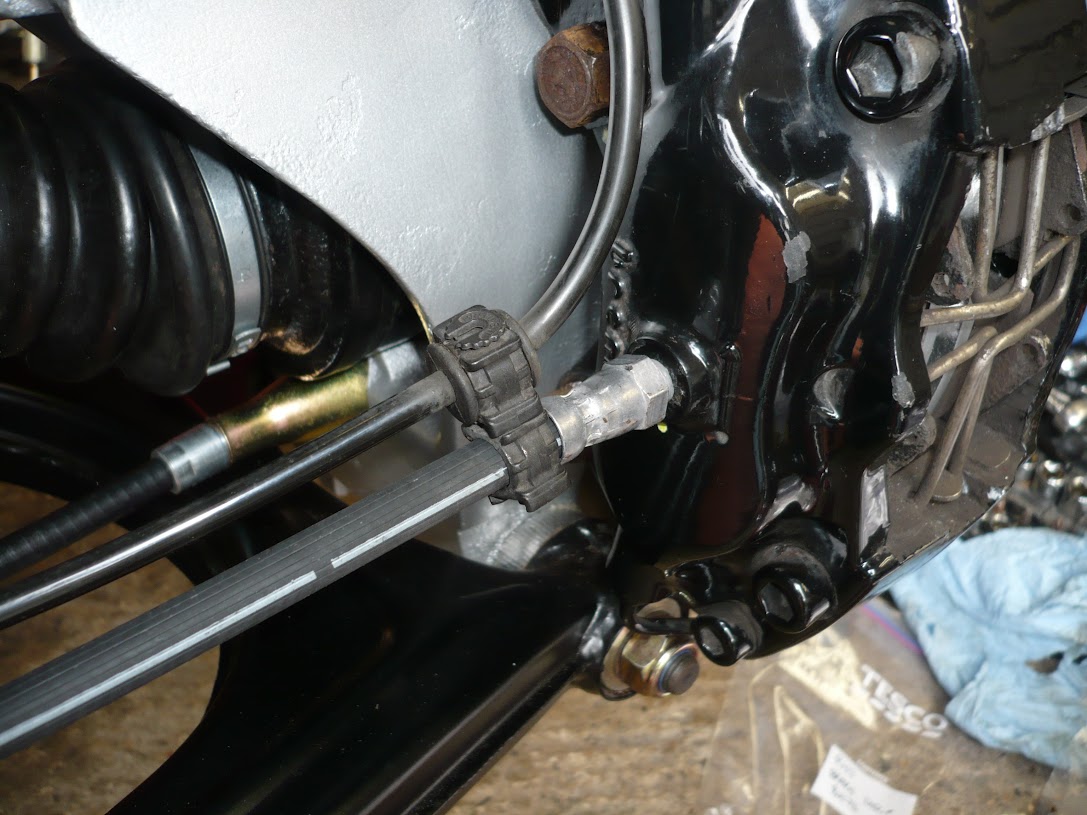 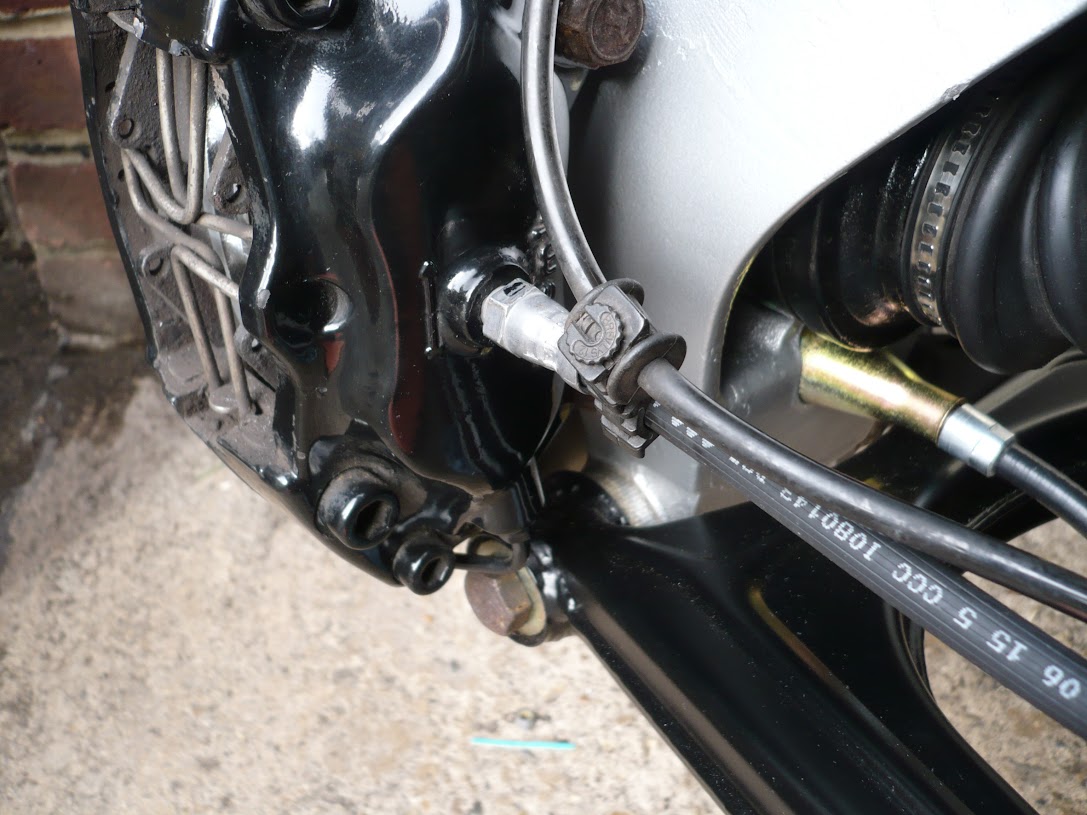 I also fitted a new hard line on the left hand side, which is the one I previously had to cut due to it being seized into the connection block; 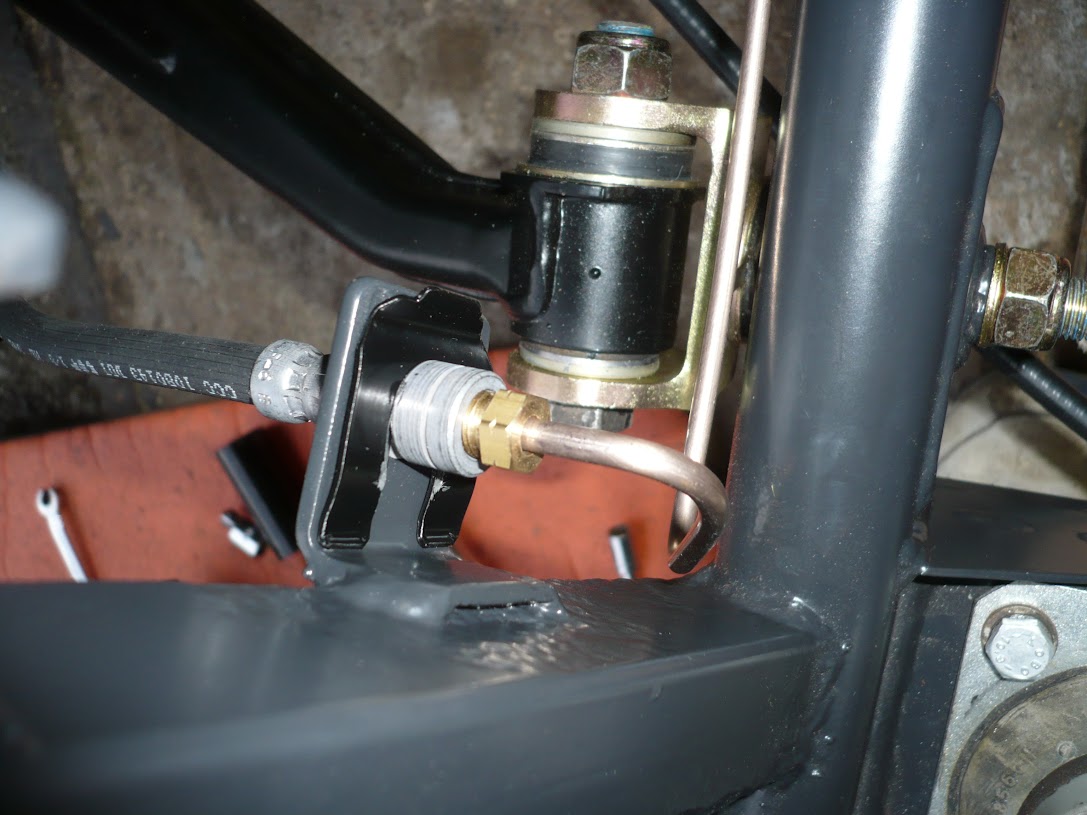 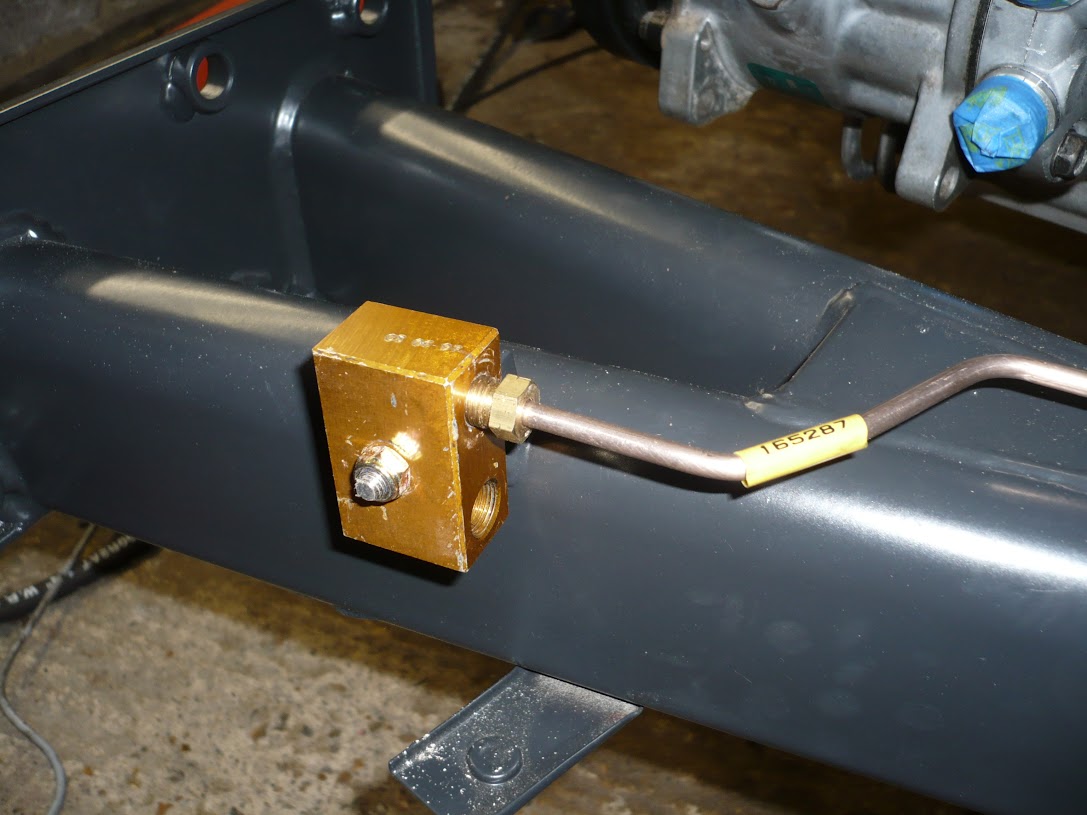 I fitted new pipe clips as well, since the old ones were either broken or really dirty. I couldn't get all of the clips though; those that were used to hold the ABS sensor wire to the side of the frame seemed not to have a part number (the main dealer checked for me and couldn't find it) so I had to clean and re-use some of the old ones: 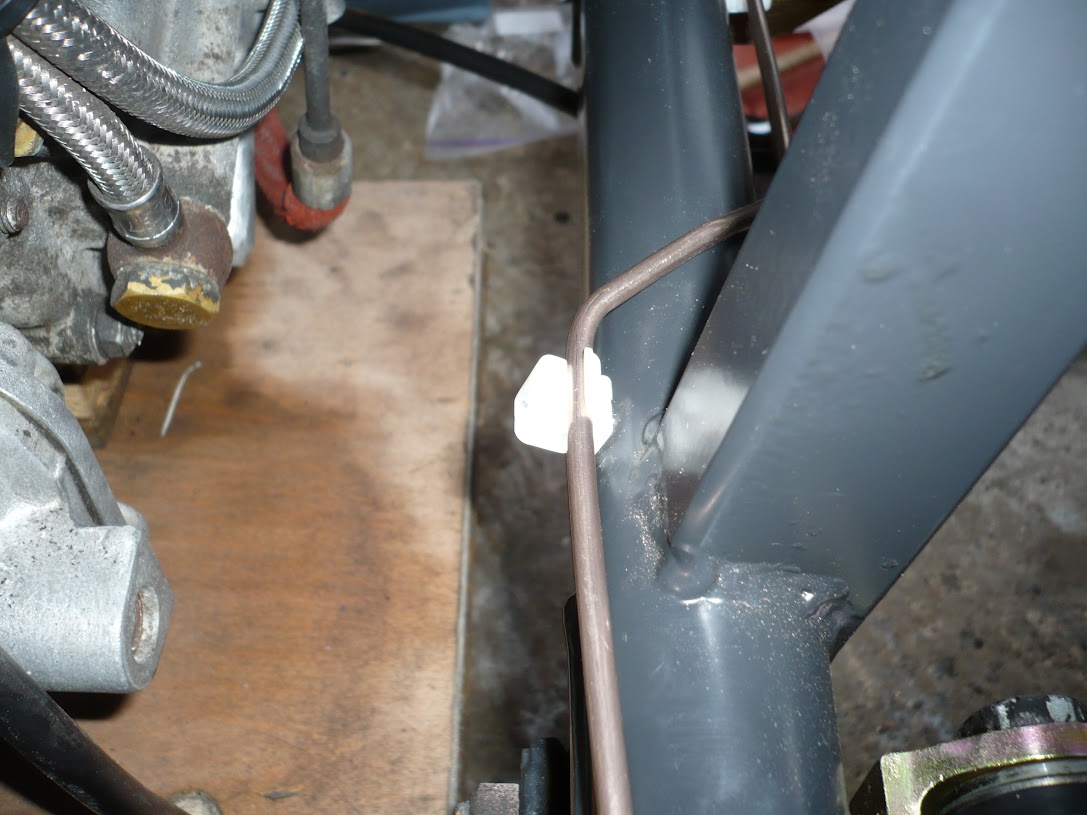