You may have seen way back near the beginning of the disassembly after the engine was out, that the brake discs were looking a bit sad and I said I was going to decide what to do with them later. I initially tried removing rust via electrolysis and whilst I had some success there was so much of it on the inside of the discs (they're vented) that just wouldn't come out, I decided to see if I could just replace them.

I had a bit of a search around and found a bargain at Eurospares. They weren't OEM as the centres weren't painted, but they are exactly the same spec as OEM so I bought them.

This is what came off originally; 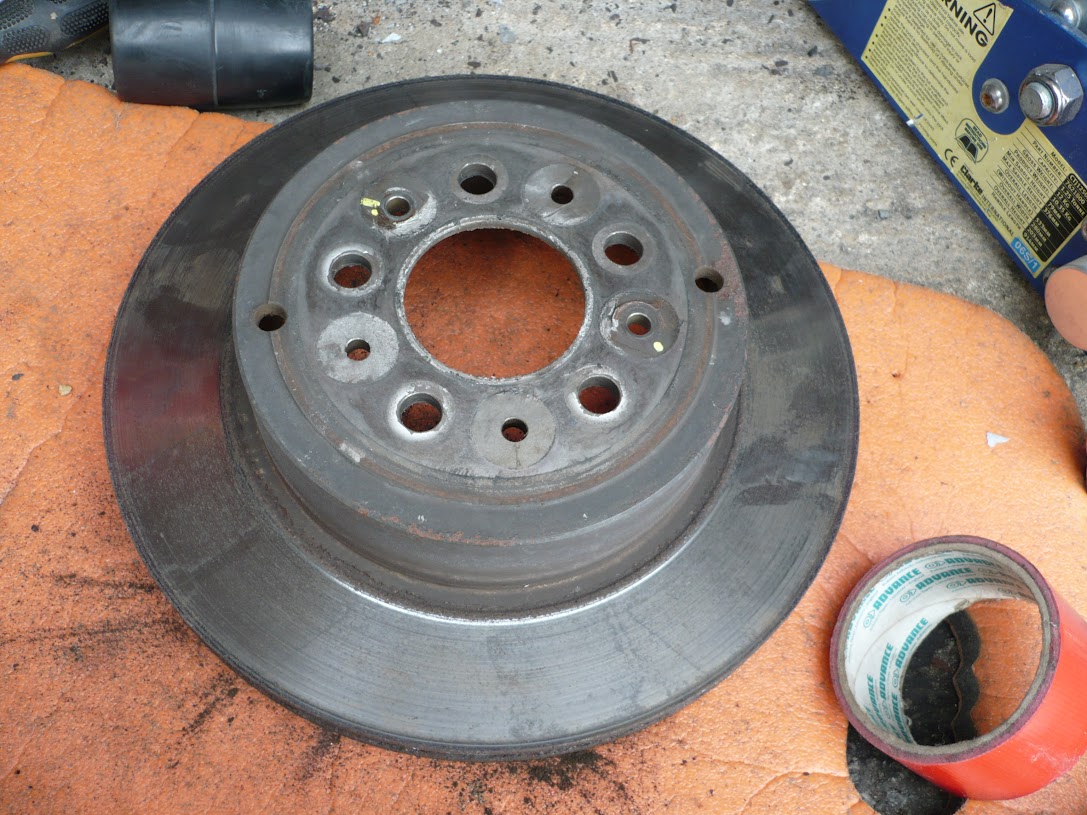 Tatty but serviceable. As I mentioned, the replacements I bought were not painted on the inside (and neither were the ones I took off) so I decided I would paint them before putting them on. First, I masked off the braking and mating surfaces: 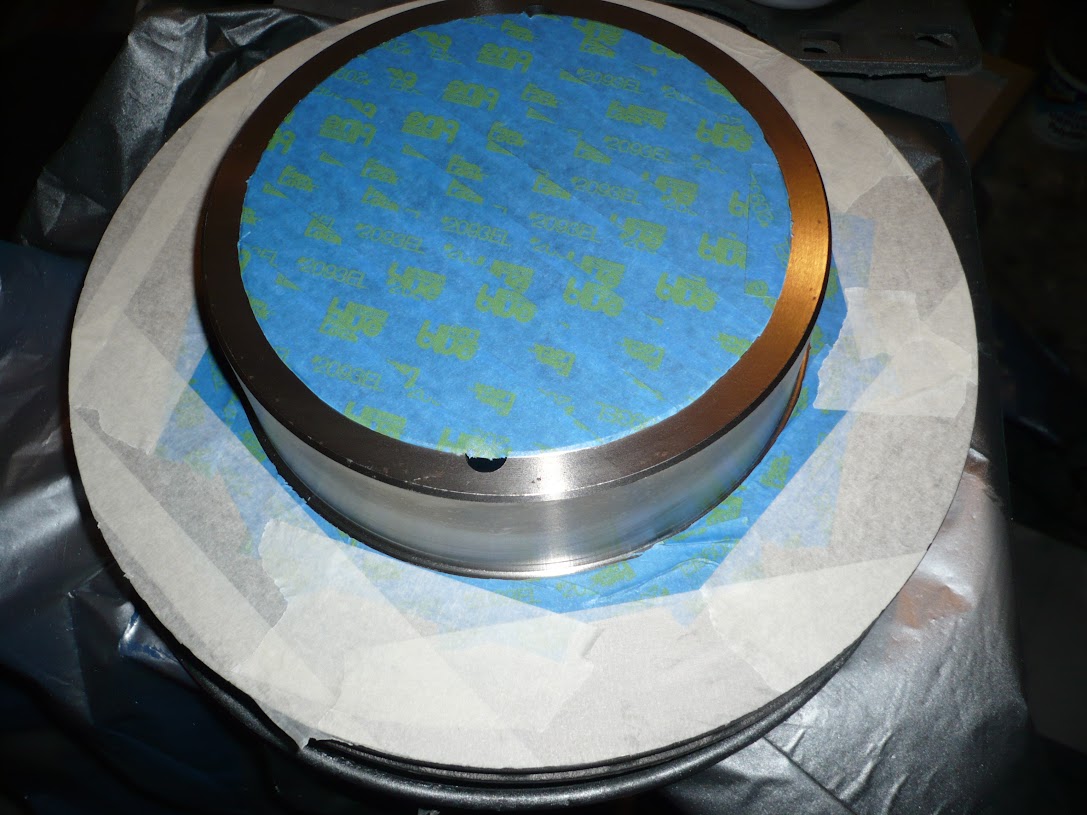 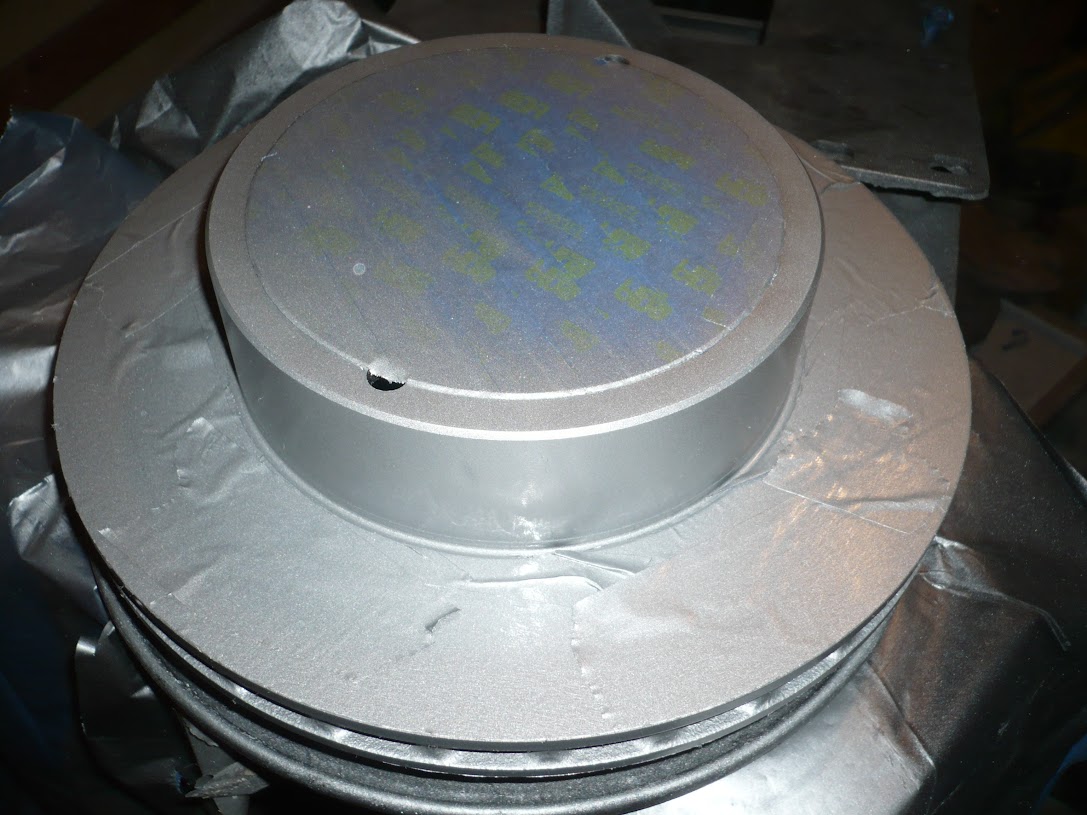 And finally the reveal. This should stop the bell from rusting.You might just be able to see that the edges are done as well, although I still can't get deep within the disc itself - those cooling sections go all the way in. 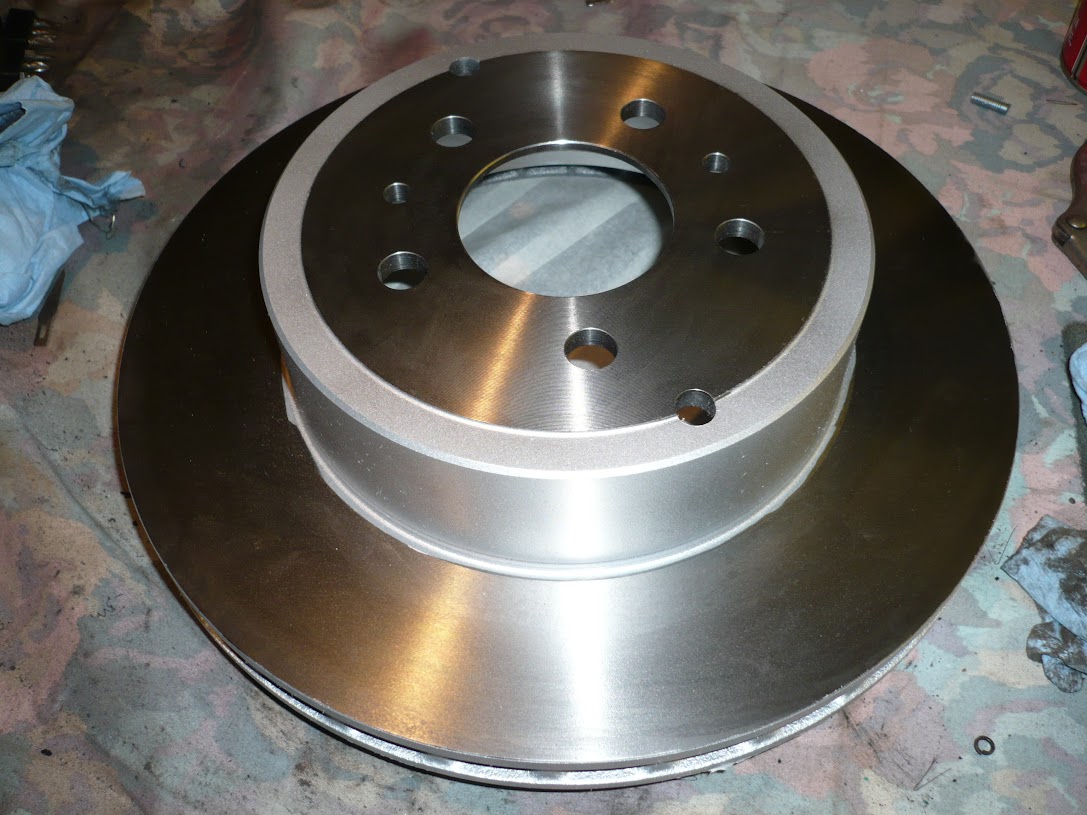 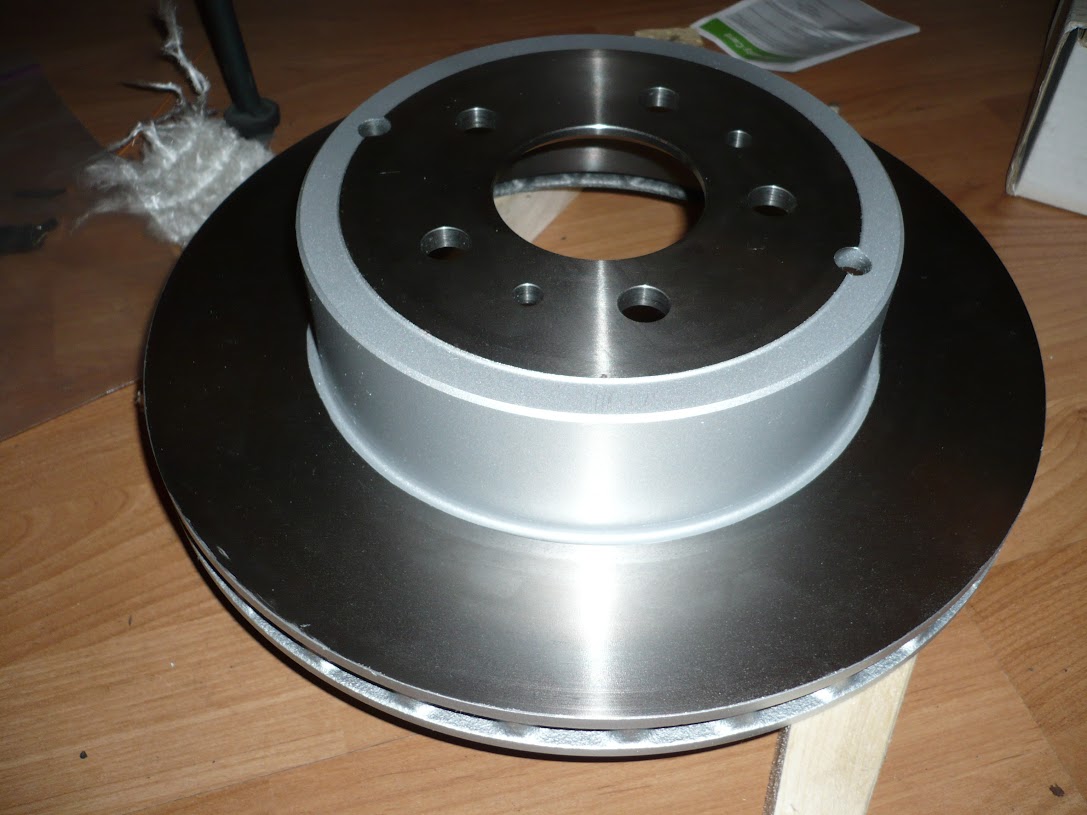 These would be fitted to the car a little later, but the handbrake cable would need to be fitted first so I'll stop here with this one.