The ABS Sensors were not yet installed even though the rest of the hubs and carriers on which they mount had been fitted, so now was the time. When I looked at the mounts for these I realized that I should have added them to the bunch of things I had yellow passivated previously. As it was too late, and they were looking pretty awful, I decided I would powder coat them instead as I could do this myself and there is no time lost waiting for paint to go off.

This is what needs to go back on. This image is deliberately out of focus - I was being artistic, honestly ;-) 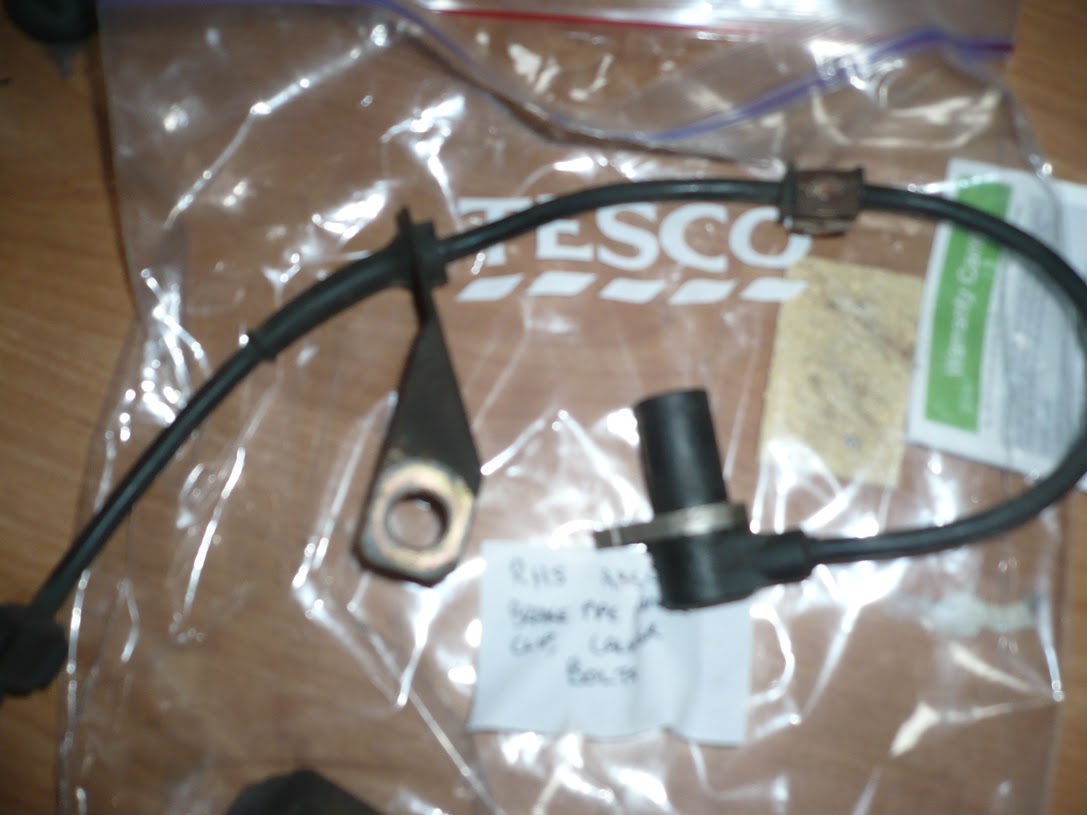 These are the two nasty looking mounts. They go behind one of the brake caliper bolts; 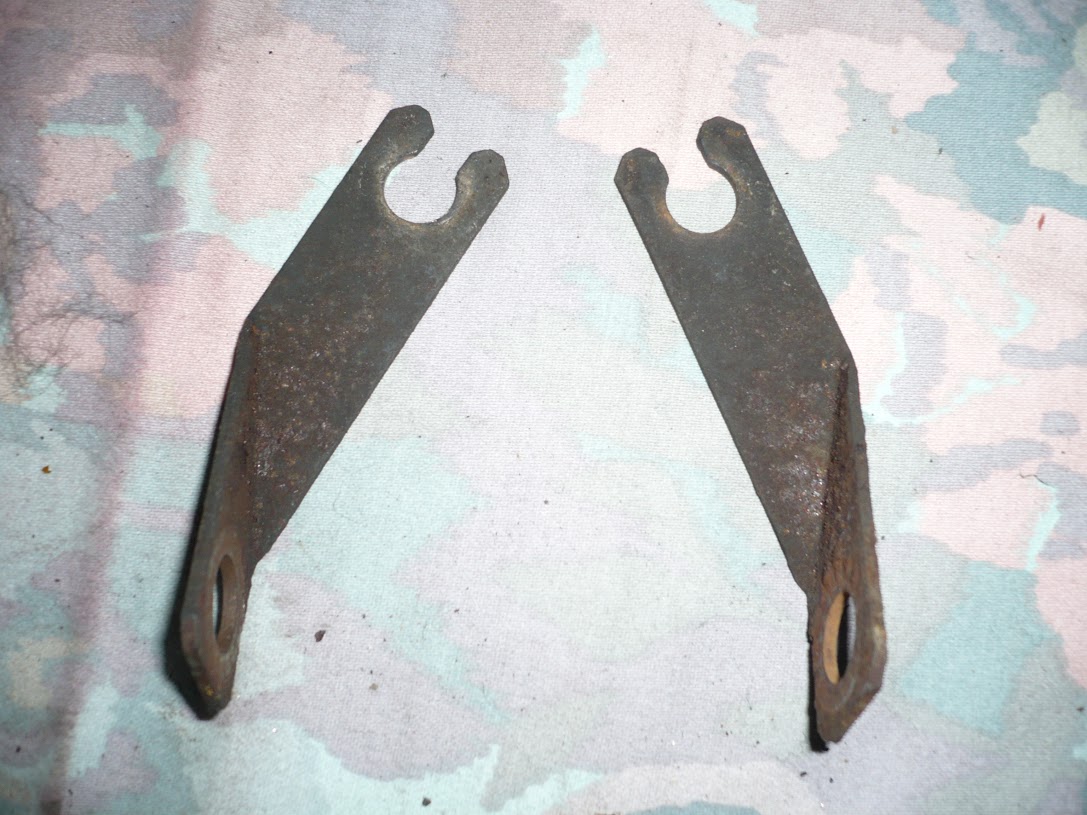 As before, I took them to the sand blaster and gave them a seeing to; 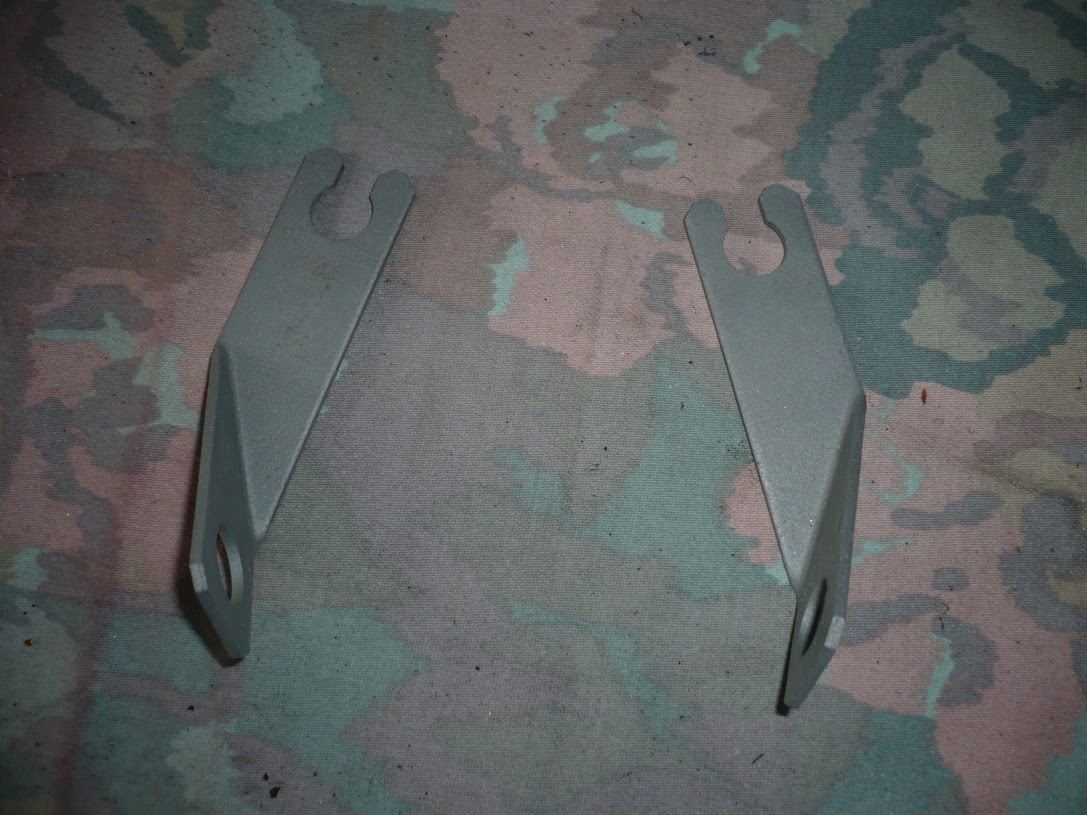 Then a blast with powder and into the oven; 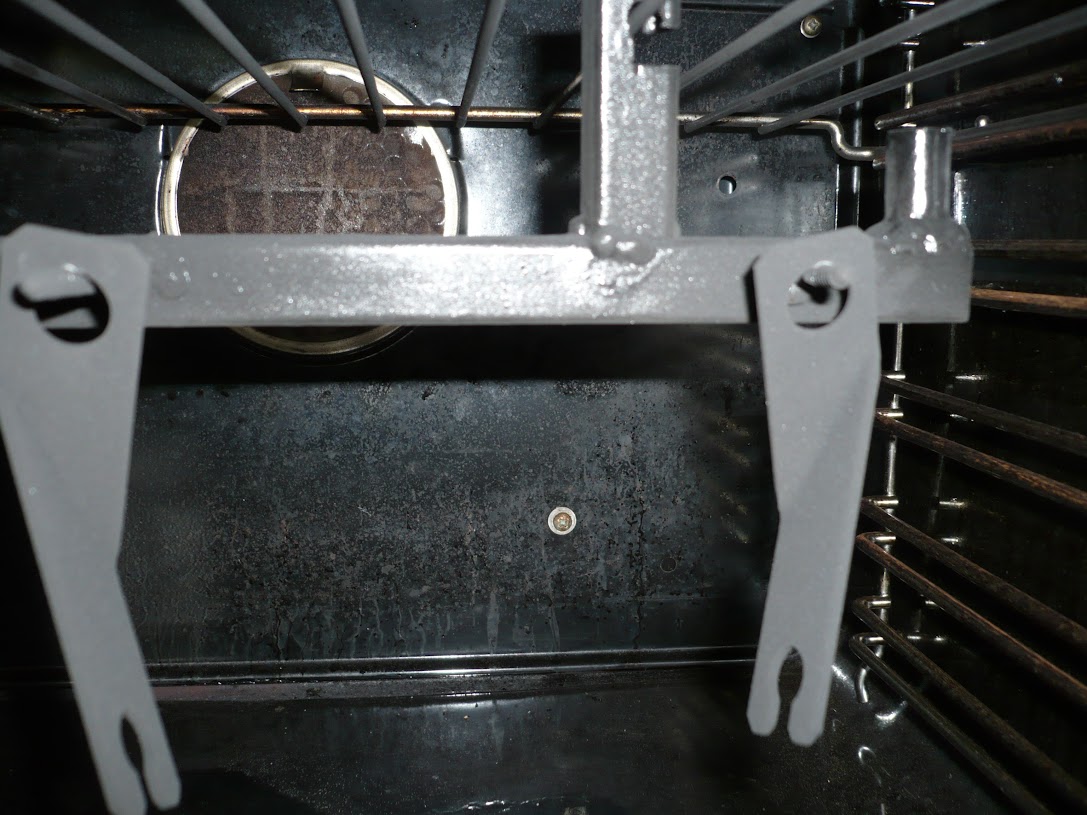 Powder starting to flow out. The pitting in the metal from the surface rust that was removed is a bit more obvious here, but it's all covered; 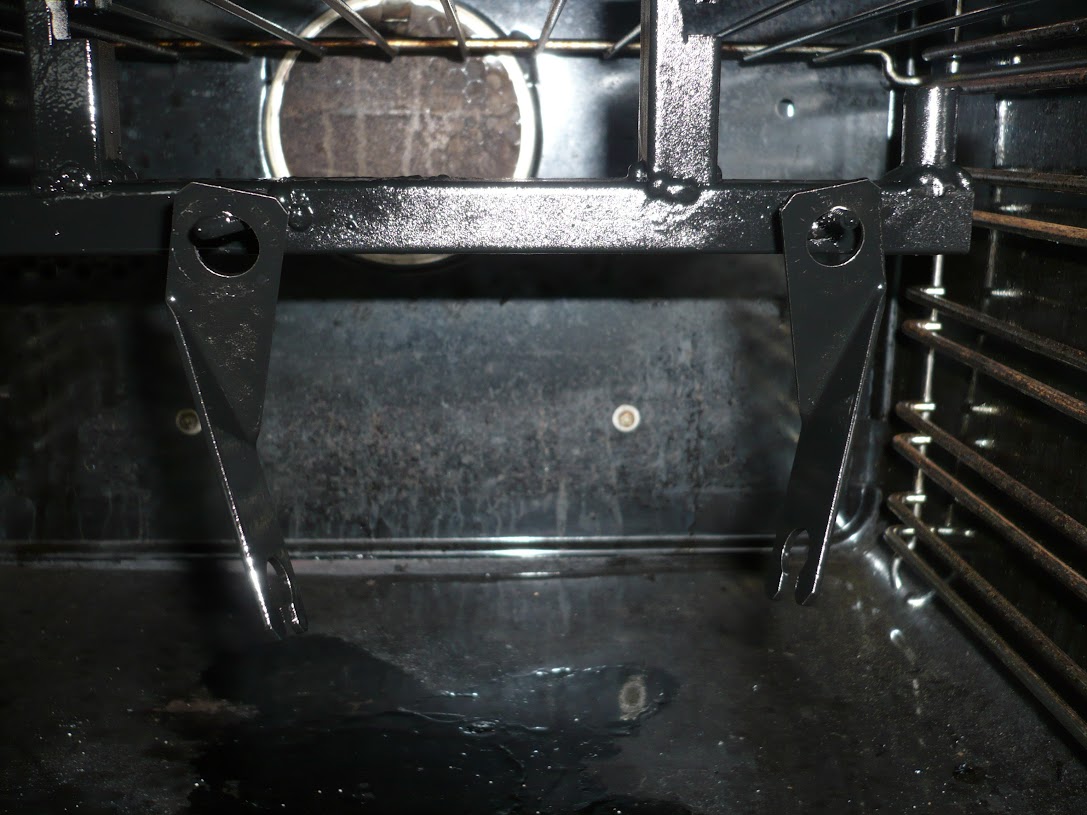 And this is the final result. 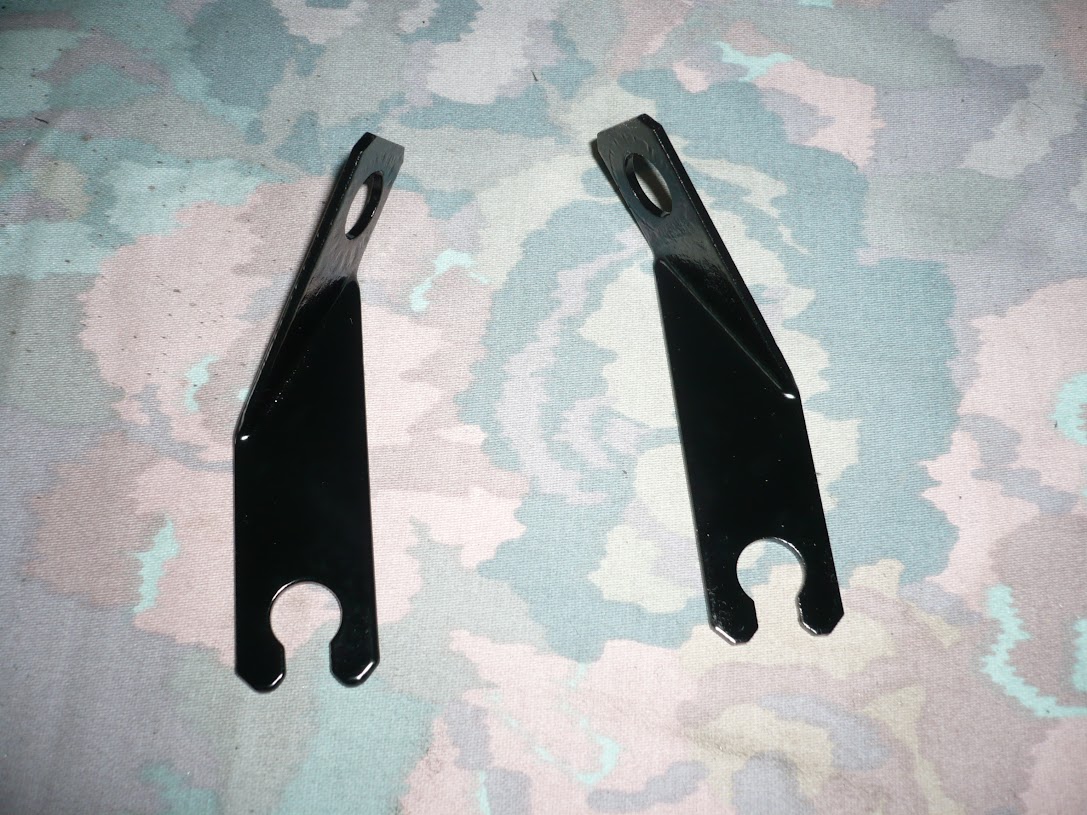 The ABS sensors were then remounted on top of the hub carriers. I had a lot of bolts that looked a bit untidy and would have loved to have replaced them all, but knowing where to stop with this stuff is quite difficult. A lot of the bolts have special finishes and can't be bought off the shelf, which pushes the price up. This is because bolts that are high tensile can't be plated in the normal way because the plating process makes them brittle. These high tensile bolts are Dacromet coated, which is a hot zinc spray application rather than an electroplating application. Below is an example of a low tensile bolt that i should have just replaced with a regular plated one, but I didn't. Fail. 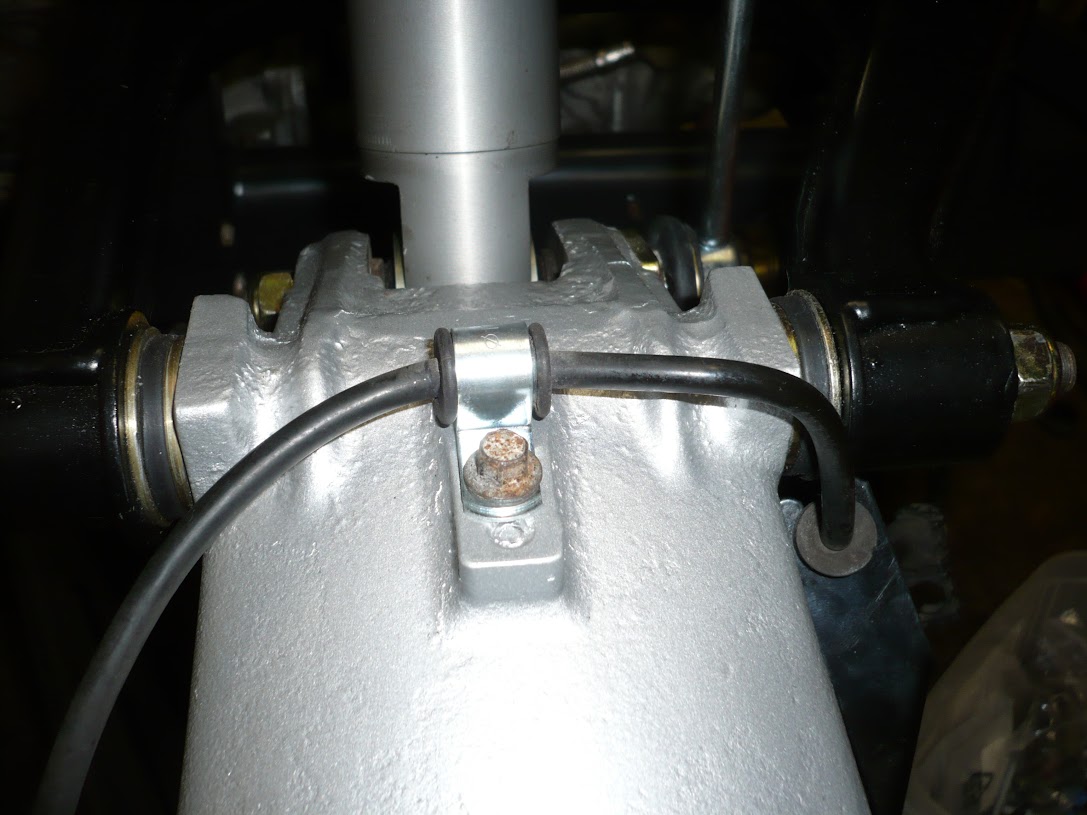 Powder coated bracket going on behind the caliper bolt; 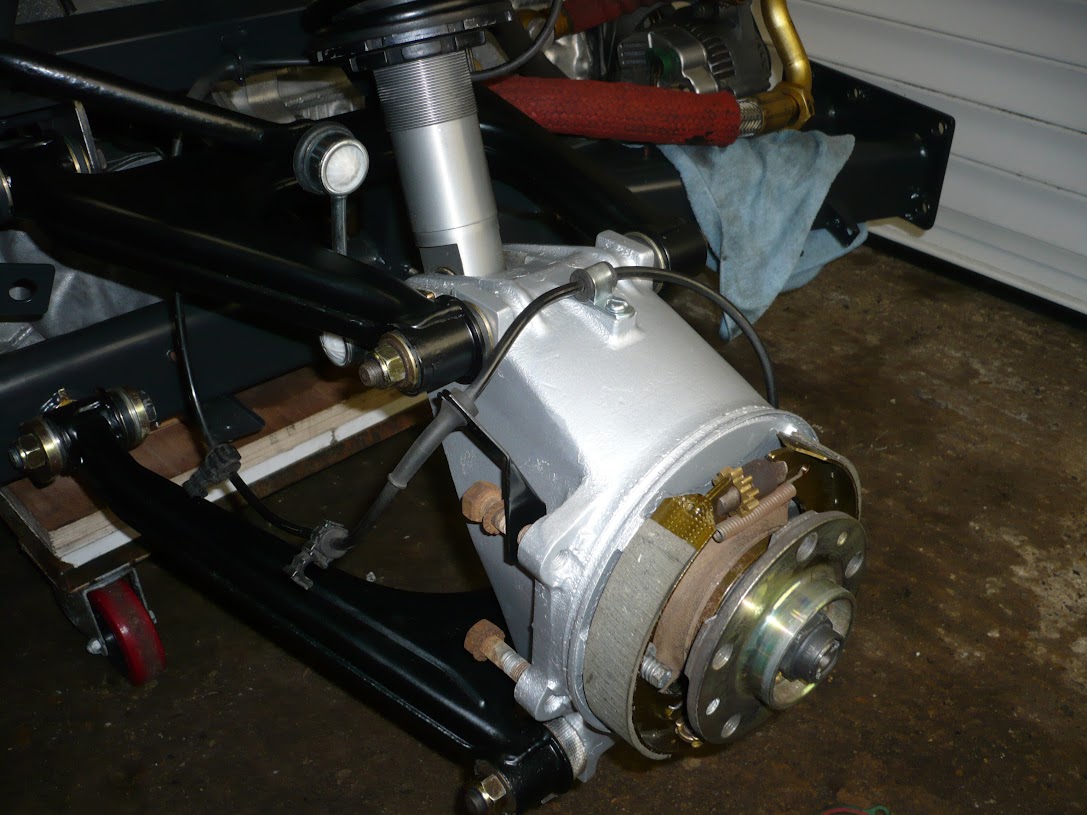