The cam covers were collected from the powder coaters in an almost finished state, but some hand finishing is required to get them to a point where they can be installed on the car. When I dropped them off I left specific instructions not to cover the mating faces with powder. They unfortunately didn't listen close enough to what i was saying and hadn't done these particular covers before, so they covered too much but at least they did not cover the faces where they touch the gasket.

What they did do though was cover the ends - but some of these parts mate against other machined surfaces and so won't fit unless the coating is removed (which is why I didn't want it applying in the first place grrr!).

Apart from that, there was some finishing I was planning to do anyway, because I was not expecting them to sand back the plug covers; that was my job and I wanted to do it anyway as it's quite good to see it come out.

I started with this (x2 of course): 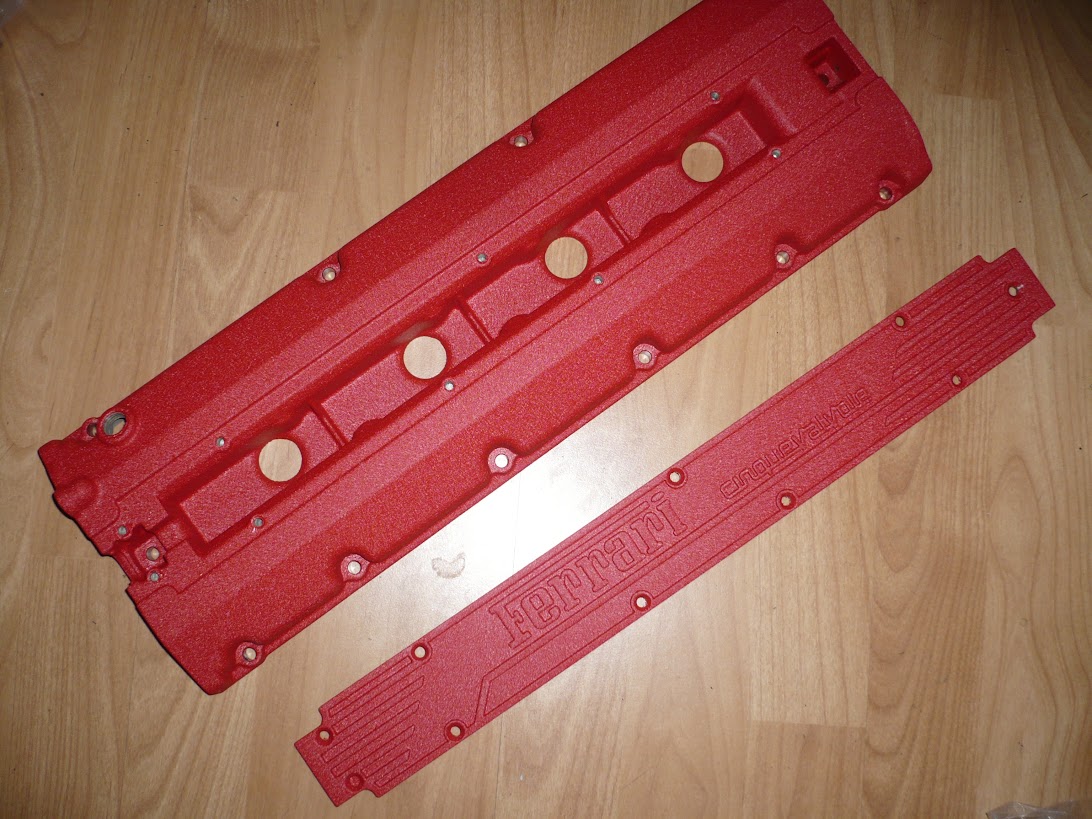 The plug cover is as expected, but the main cam cover should be bare metal in the middle (underneath where the plug cover sits) and it should be bare metal on both of the short ends. You can't see the ends from this angle but the image below demonstrates that the inside portion is not covered and the ends are not covered as they mate with other parts. The other end mates with the back of the camshaft oil seal supports: 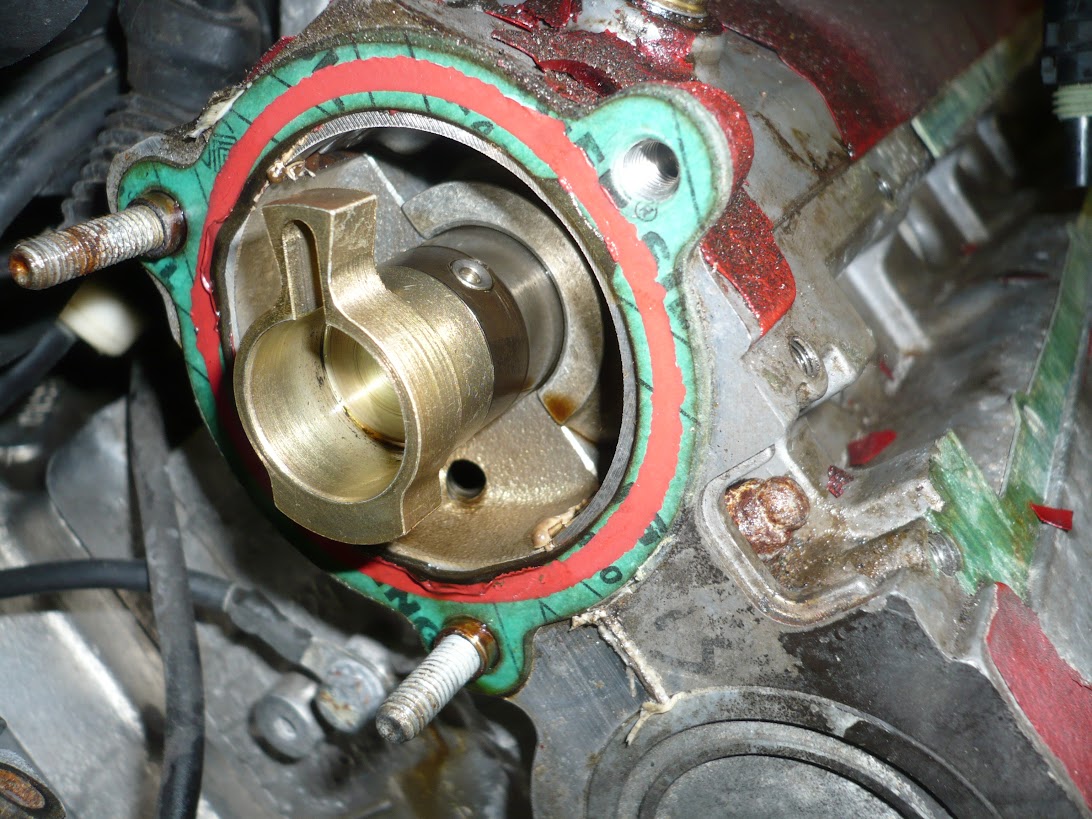 I wasn't too worried about the middle piece, as I was sure the plug cover would still fit. But I needed to do something with the ends. I ended up taking a razor blade to the ends to scrape off the coating, but I only removed it where it needed to be removed, and left the rest as is. I failed to take photos of this at the time so you will have to look forward to the article covering the installation of the cam covers to see what I did.

The next thing to do was to knock back the coating from the raised lettering on the plug covers. I just did this by hand using a block and some relatively coarse sandpaper. I then followed up with something finer but probably still around 400 grit as it needs that "brushed" look rather than a polished look. 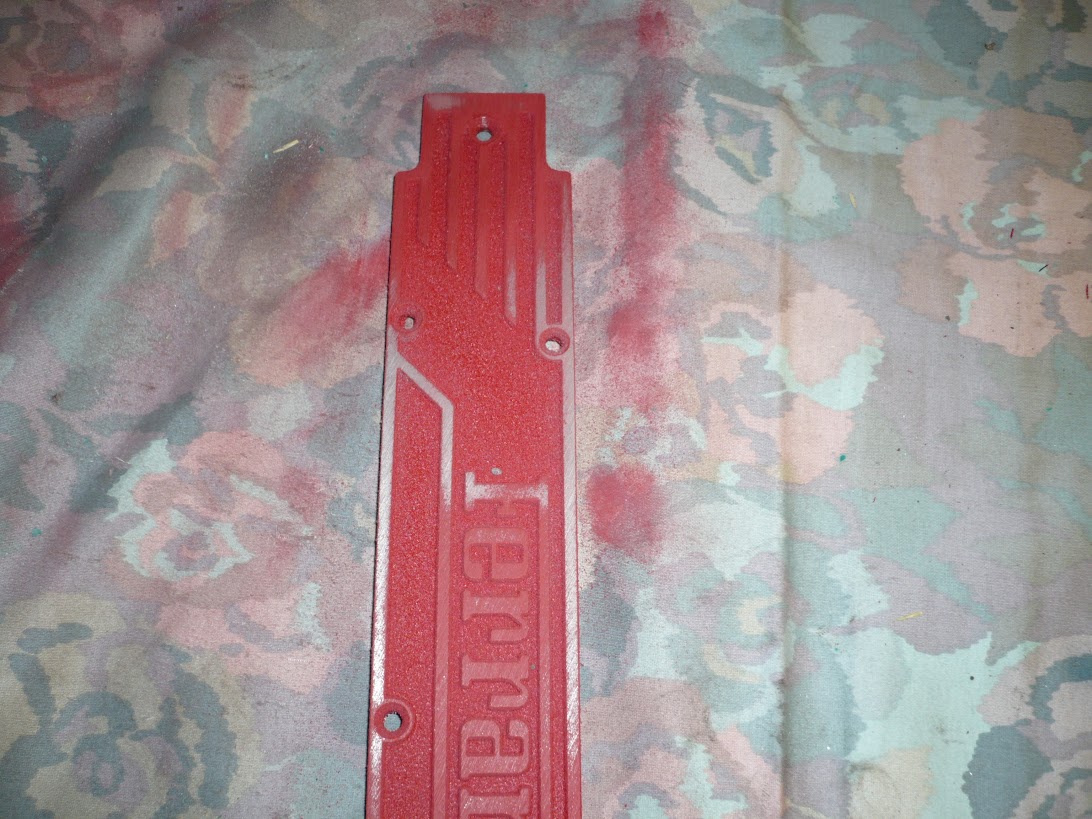 Getting closer but more work needed: 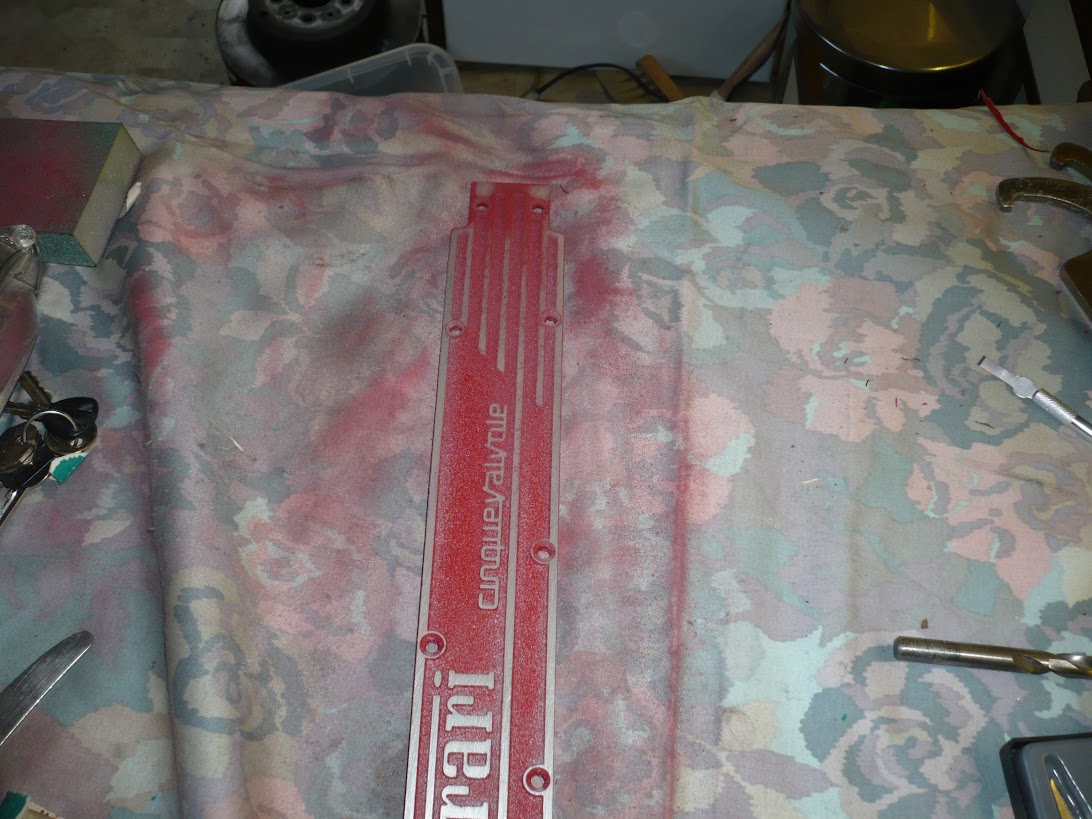 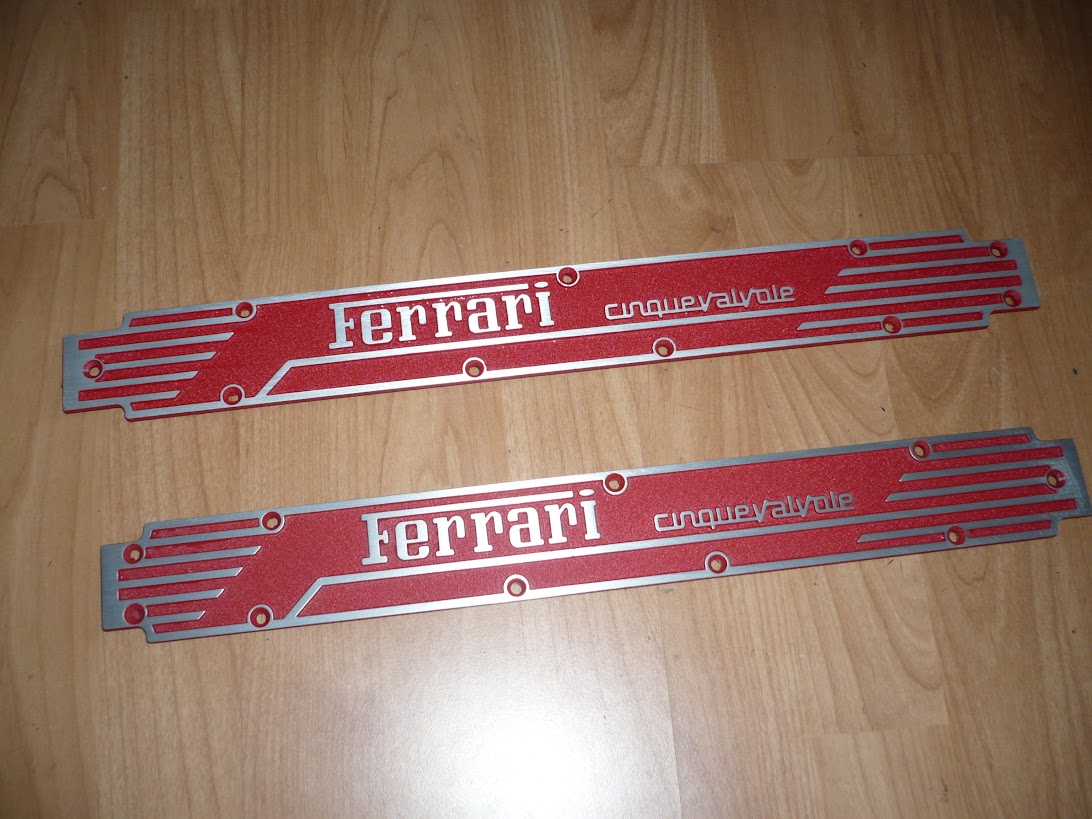 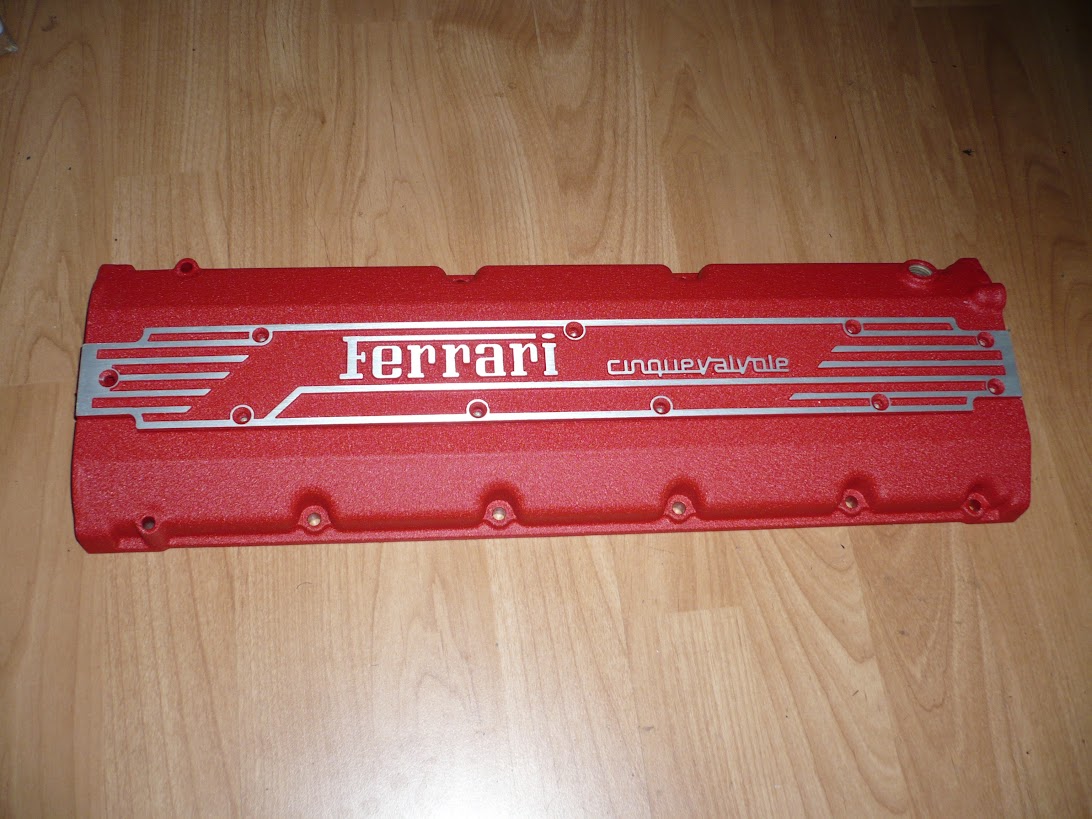 This red is not the precise OEM red, but it's close enough (very close actually) and I was ultra pleased with the result. At this point I still hadn't discovered how much work there would be on the cam covers to sort the over-coated mating faces out though...

There was one other job to do to the cam covers and that was to reinstall the vent pipe connections that I had re-plated earlier. In the image below there's actually a glimpse of one of the mating faces I had to sort out as well (after I'd done it): 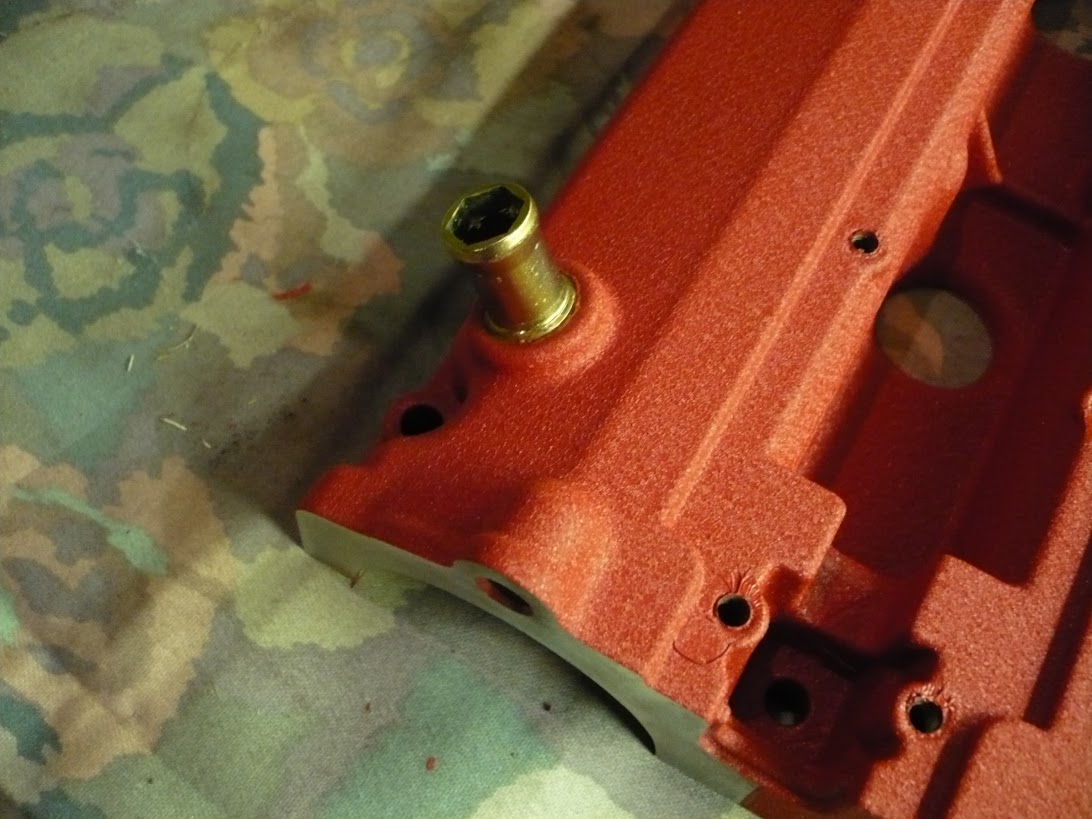 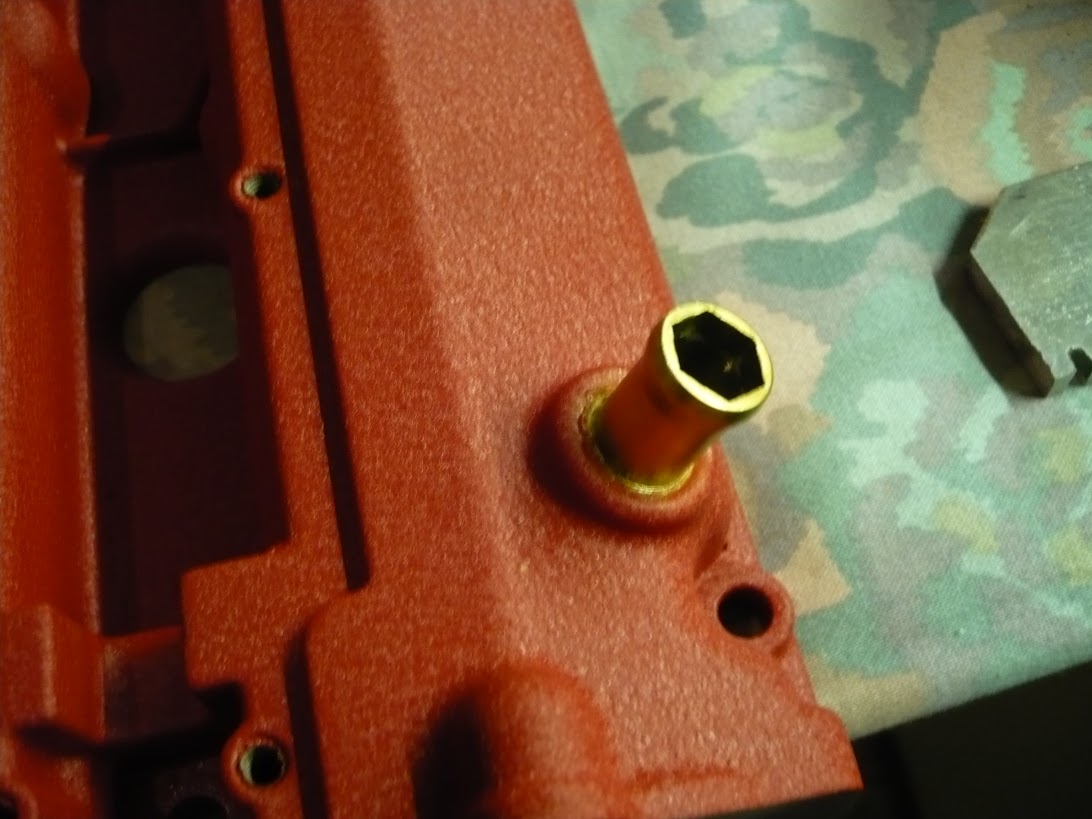