With the wishbones back alongside all the other powder coated parts, I could install the new bushes into them. As before this required a series of various different support structures to ensure none of the force delivered by the press went through the wishbone structure as that would destroy it.

I'm using a tube on this upper wishbone through one eye to push the bush into the other one. The wall of this tube wasn't very thick and it was only aluminium but luckily it didn't collapse: 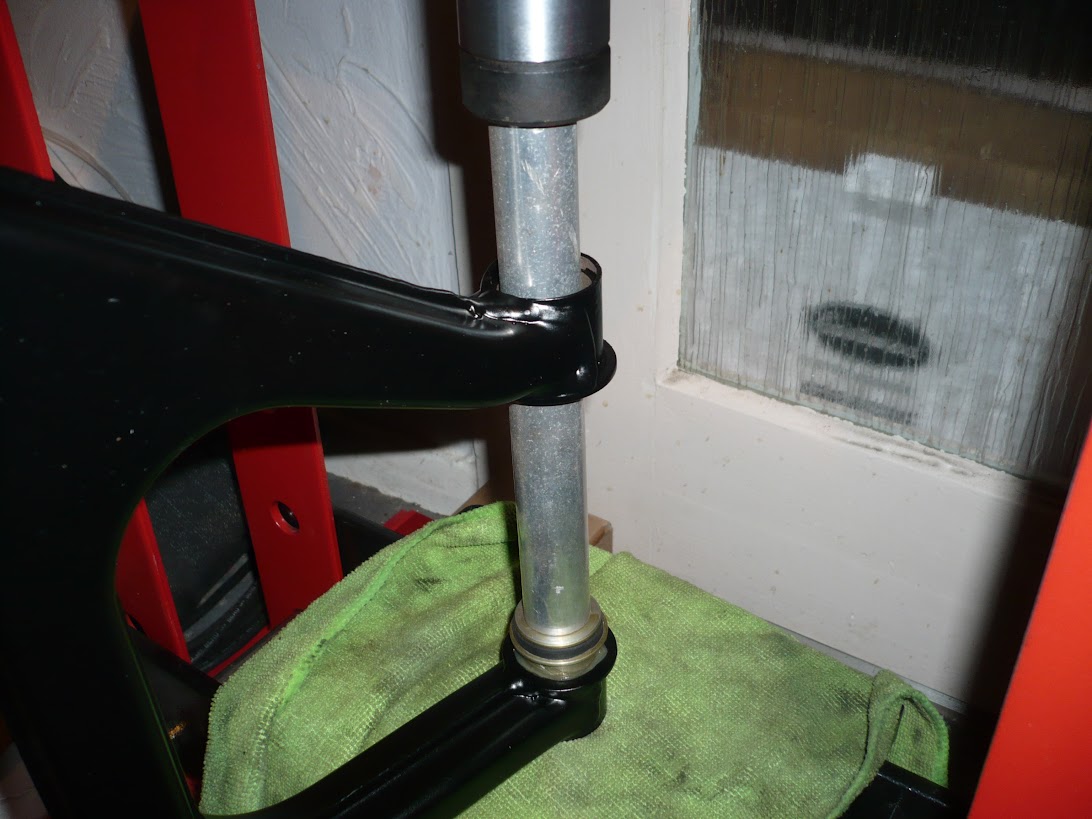 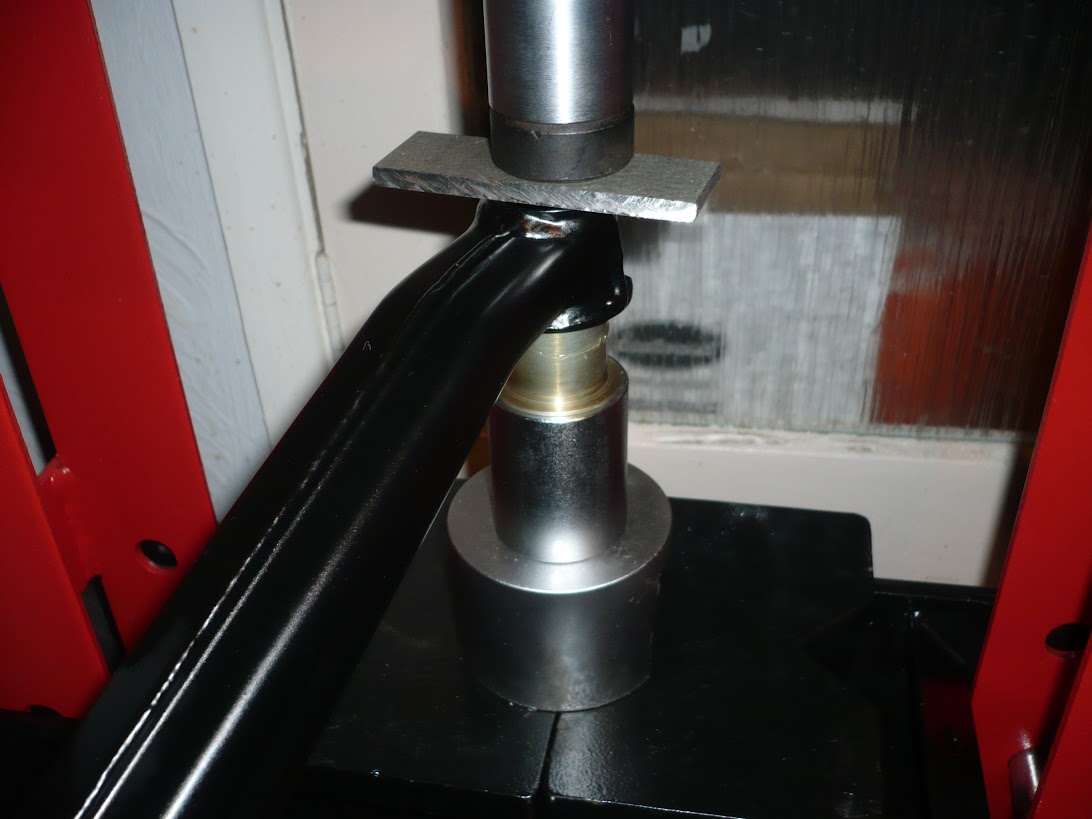 These are the lowers done; 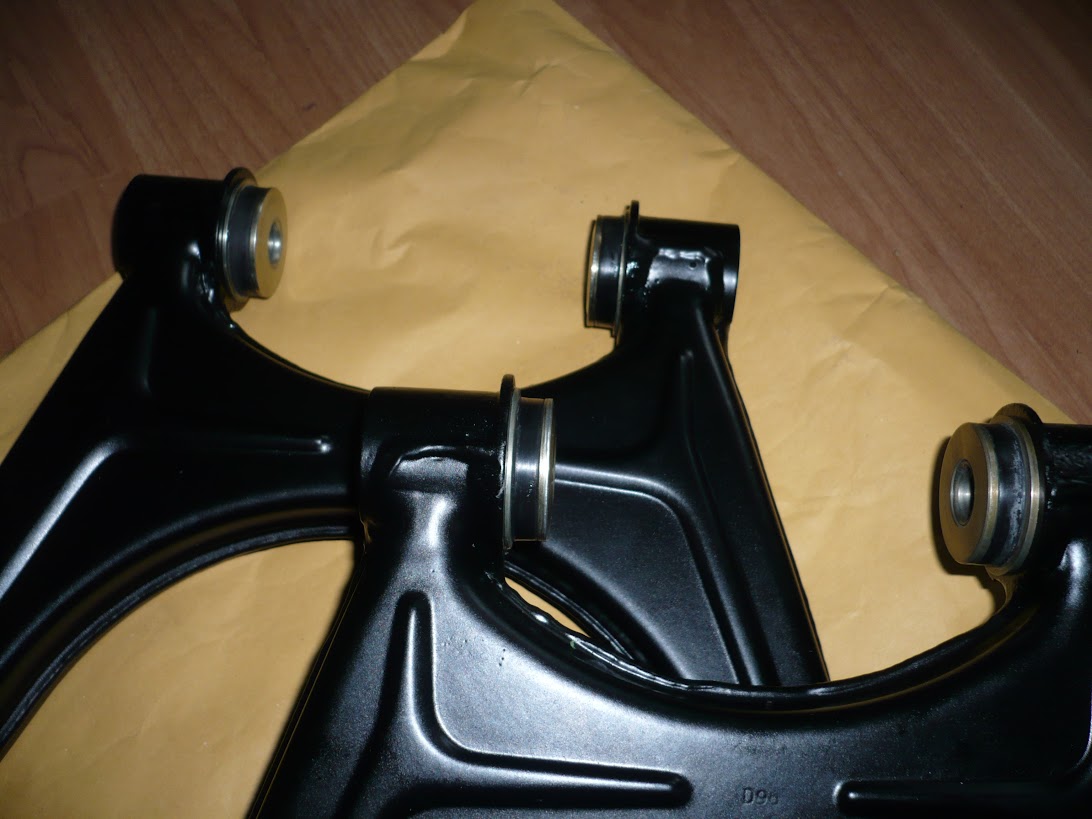 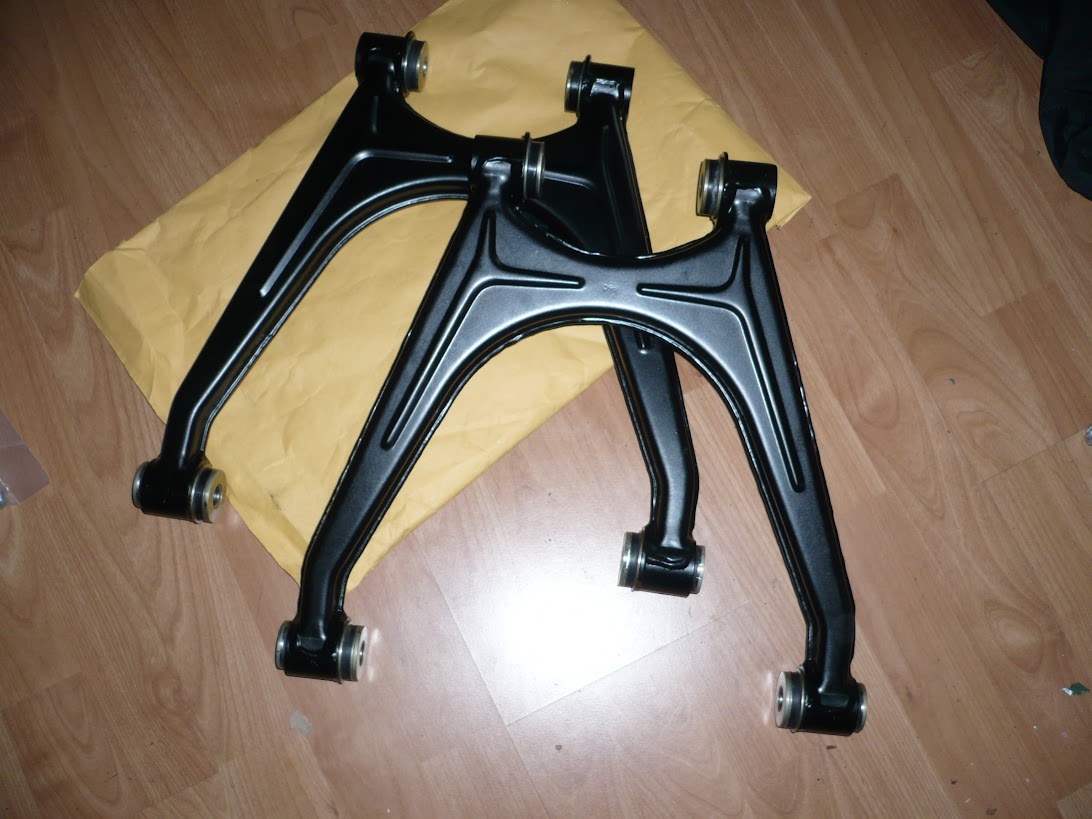 And here's one of the uppers. I don't seem to have photographed the other one. I think that's because I accidentally destroyed one of the bushes by using a wrong size sleeve on it and had to re-order it (another £20 but my fault so had to cough up), hence the other wishbone was finished a few days later. 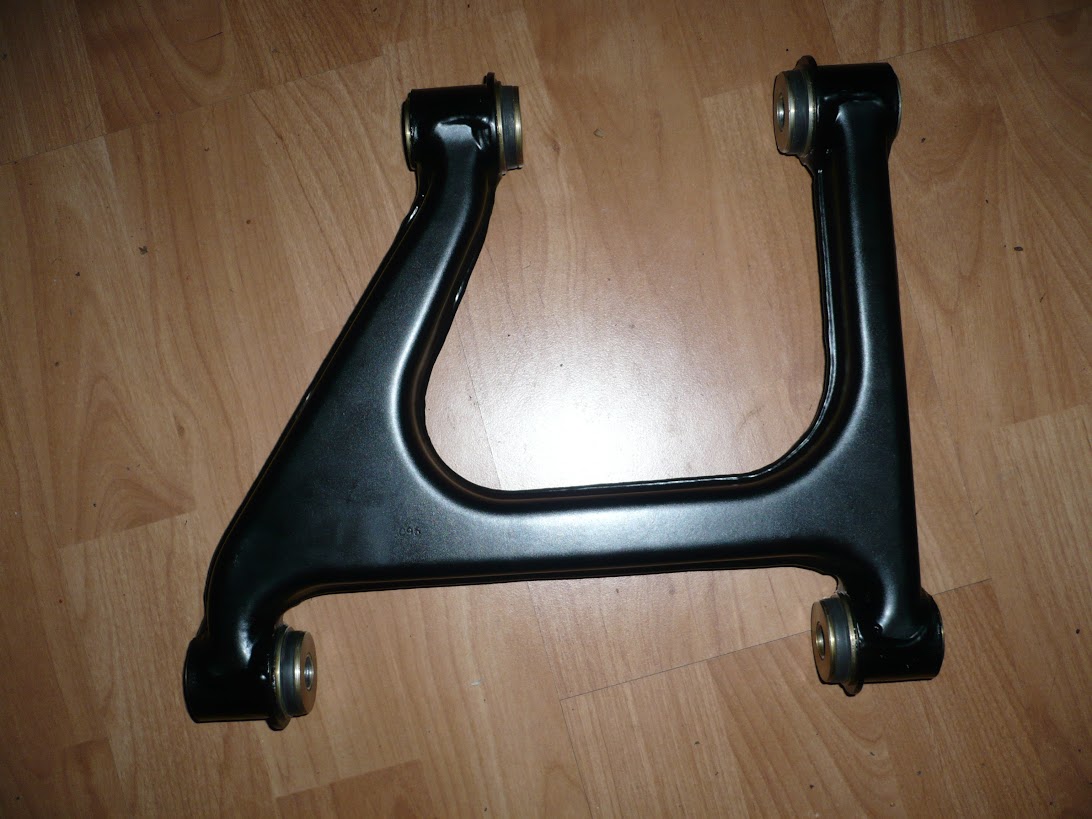 This job was easy with the press. As always, right tools for the job make it a lot easier.