Reinstallation of the Crankshaft Pulley

Whilst the simplistic view of this is that you just need to slide the pulley on and tighten a bolt, it's more complicated than that because you need to get the bolt to a specific torque and since this number is quite high you can't do it without locking the crankshaft first, because if you don't then the crankshaft just spins long before you reach the required torque setting. One option is to stick an air gun on the bolt and wait until it stops turning (the crank won't turn with an air gun due to the way it applies the torque - you can just hold it still with your hand). However, this is very unscientific and you won't have any idea how much torque you've used, so it's not recommended.

So what you need to do is to devise a way to lock the crank. Quite often people say "stick a screwdriver through hole X in the flywheel". I looked at this option and frankly did not like it, so I decided to build a tool specifically for the job. The idea was to create something that would interlock with the teeth on the flywheel to hold it still. It would need to use several teeth to make sure there was no damage caused.

First, I removed the starter motor: 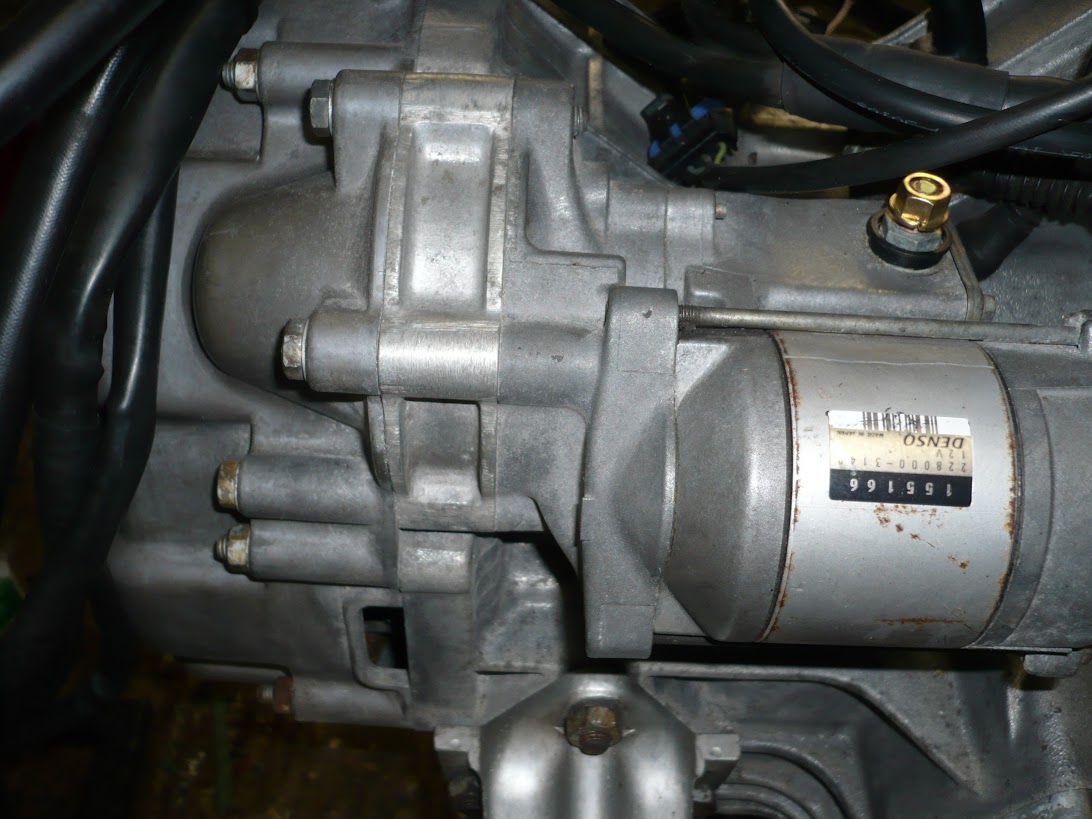 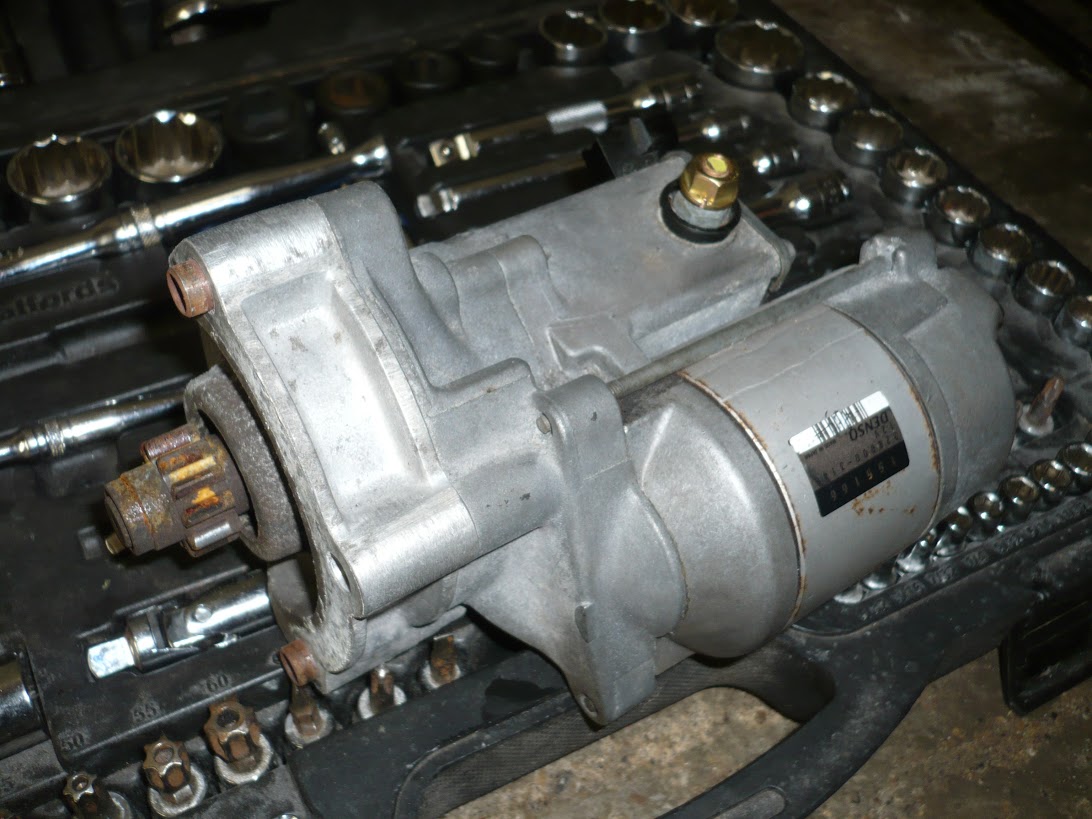 This revealed the flywheel. These are the teeth I'm looking to engage with; 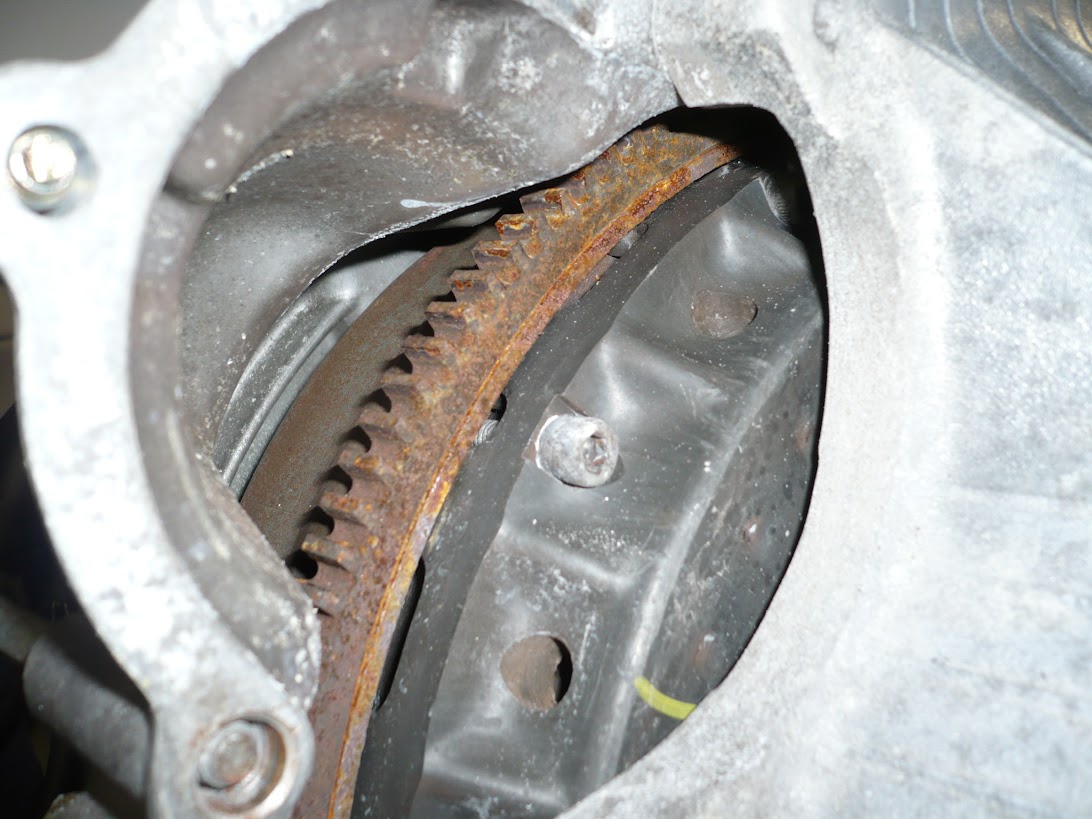 I then took a scrap piece of aluminium, about 4mm thick, and roughly filed some teeth onto it. I got the profile of the teeth by using the "dirty hands template" mechanism. This is where you get a peice of paper, put it on top of the thing you want to copy, and then rub your dirty fingers over it. The result is an image that you can then use as a template. At this stage of the rebuild there was still plenty of dirt around to make this possible! 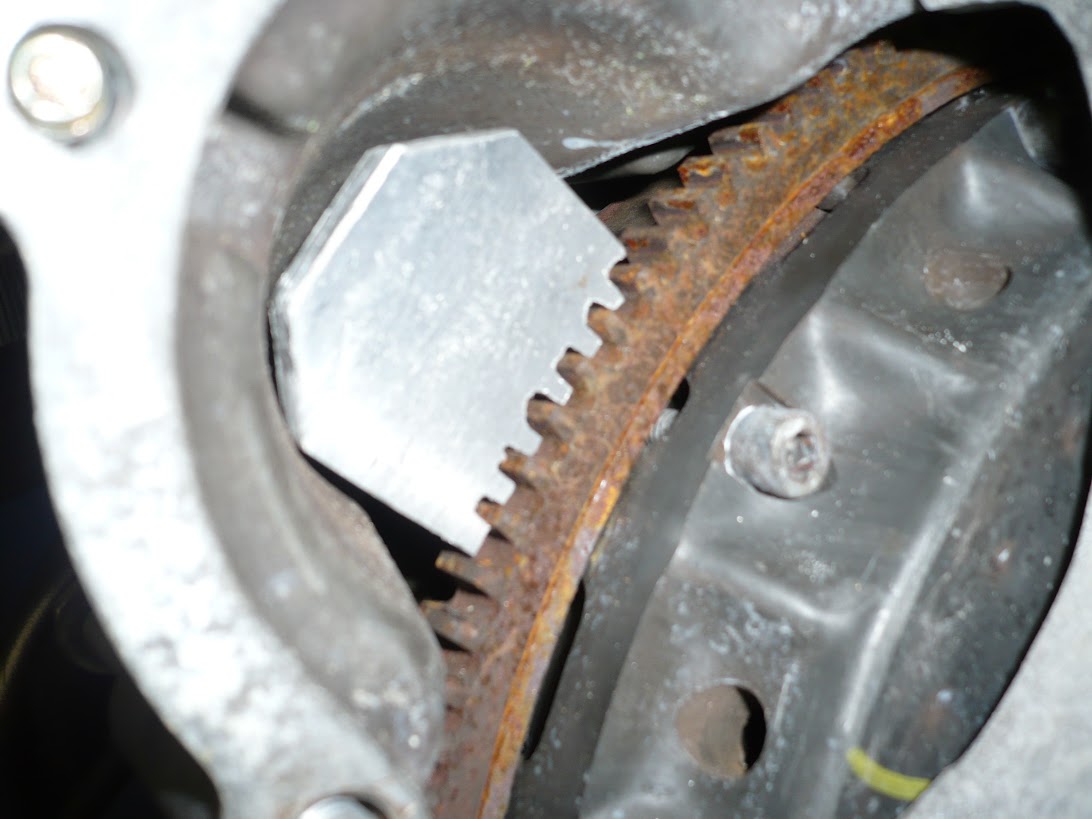 I was at this point going to construct something that would be bolted together but instead I decided to switch to steel so that I could use my Mig Welder to assemble it. I measured the distance from the flywheel to the mounting face for the starter motor, and drilled bolt holes (switched to steel here): I then cut a length of box section steel and welded in between the remade toothed piece and the flat plate: 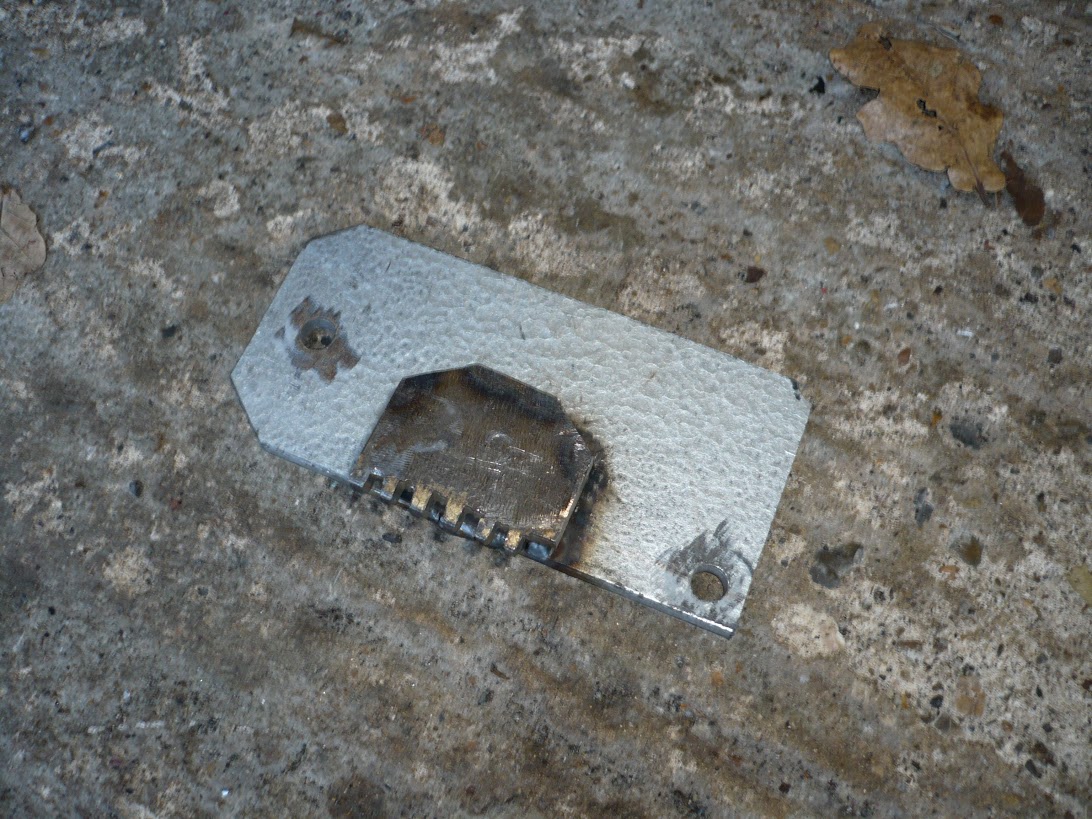 I then sand blasted the part to remove all of that silver hammerite (it was a piece from some other project since disassembled  - can't remember what) and then I powder coated it using some textured coating I had lying around. Yes, I have my own powder coating gun which is great for small projects (you'll see it in use in some other stuff later on in the rebuild) but I don't have an oven big enough for things like suspension components or ARBs or indeed the frame, so I would hand those over to a professional who could do the job properly.

Here it is after being powder coated; 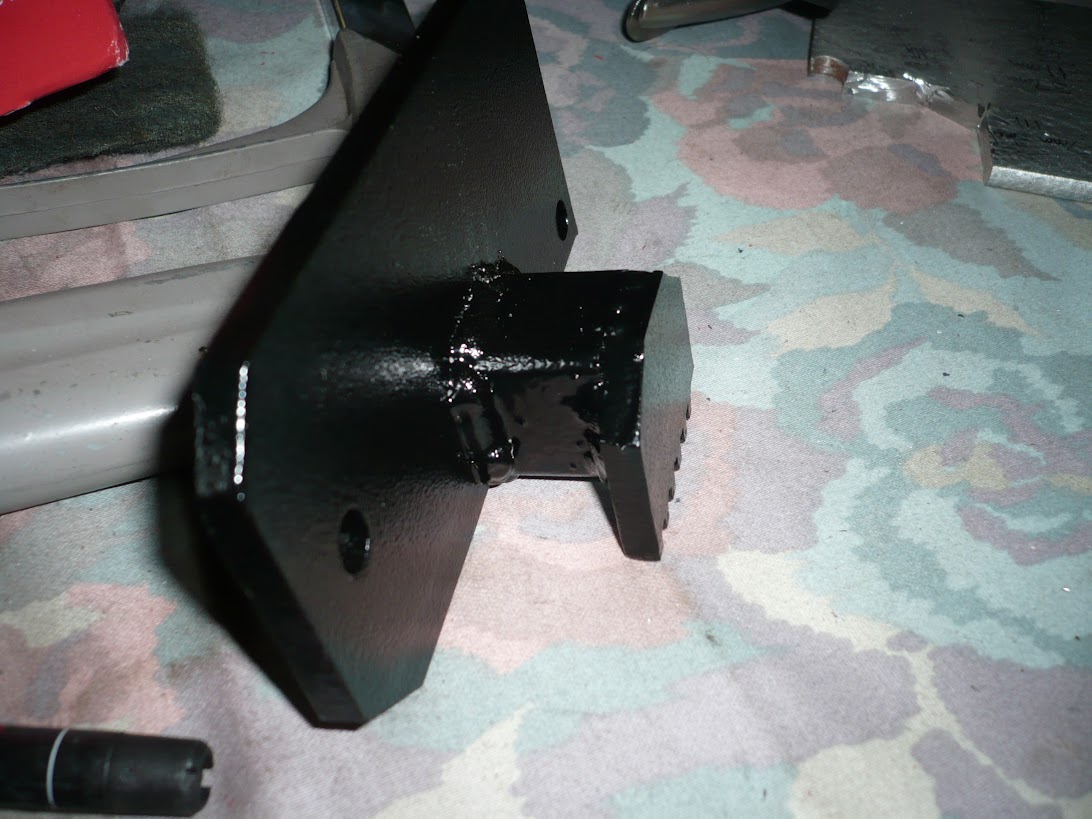 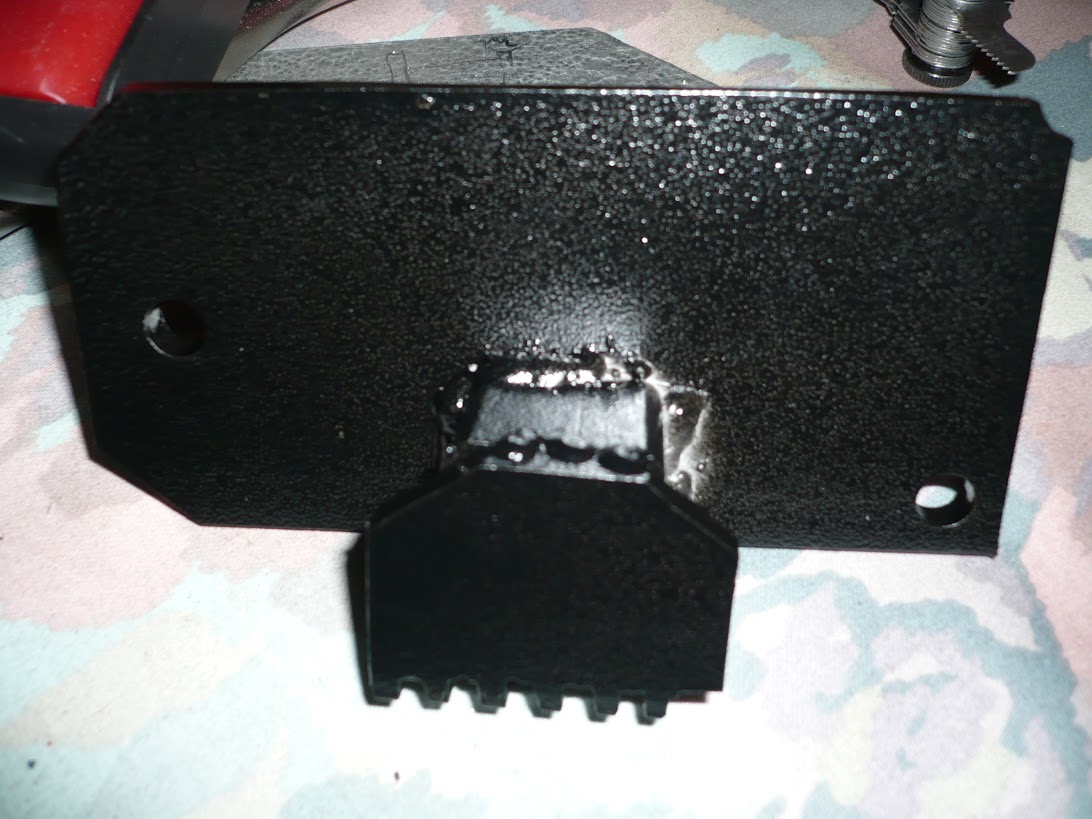 And installed on the flywheel. It is locked totally solid. 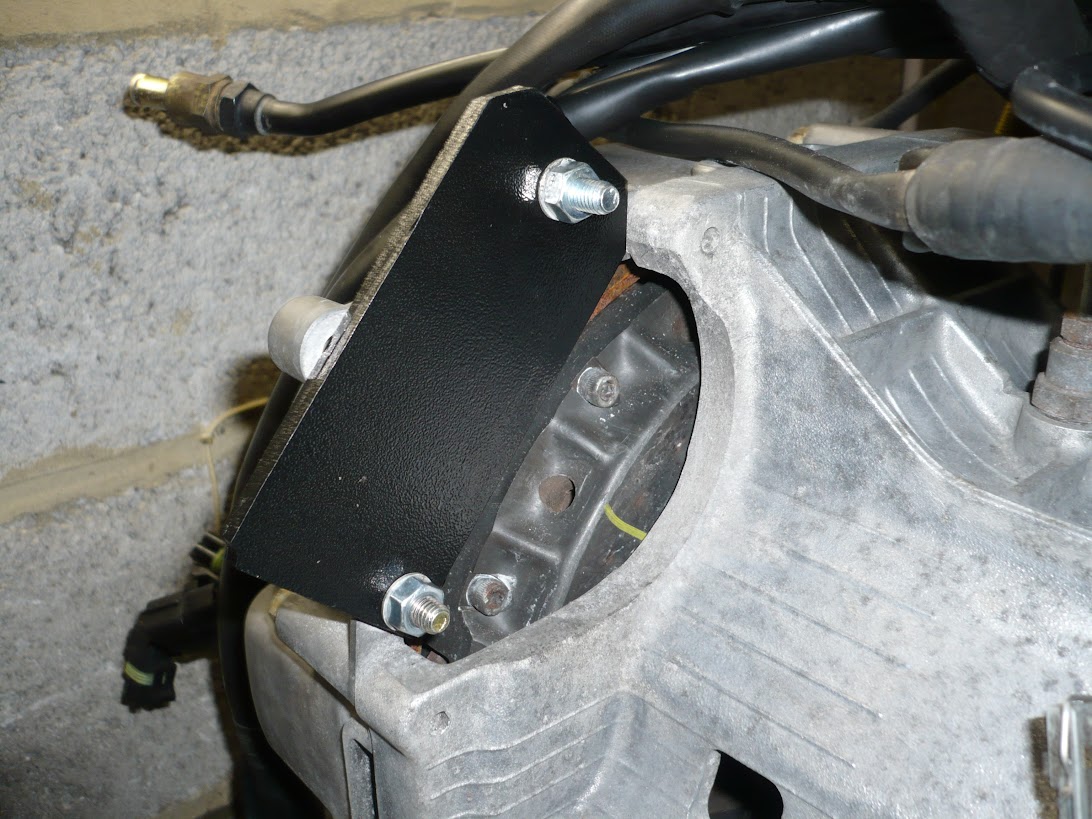 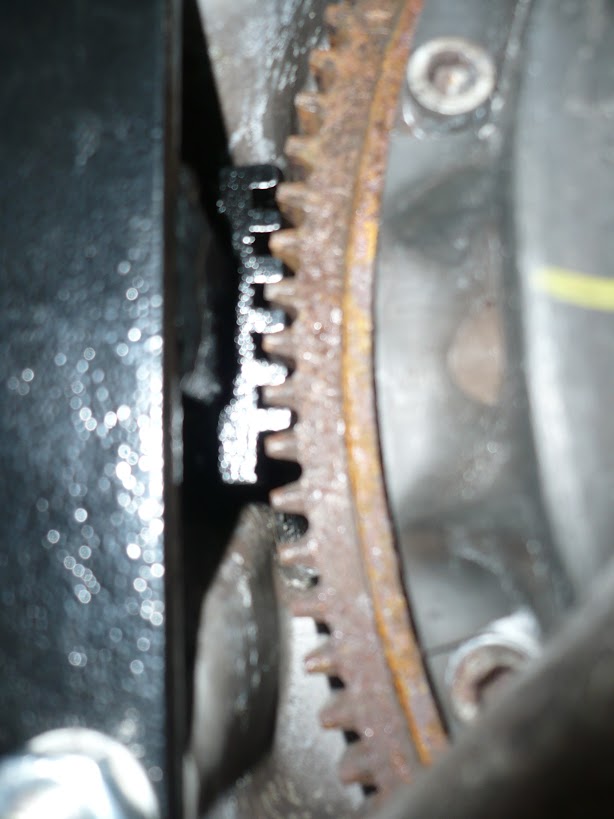 With the tool now made and installed, I could install the crankshaft pulley; 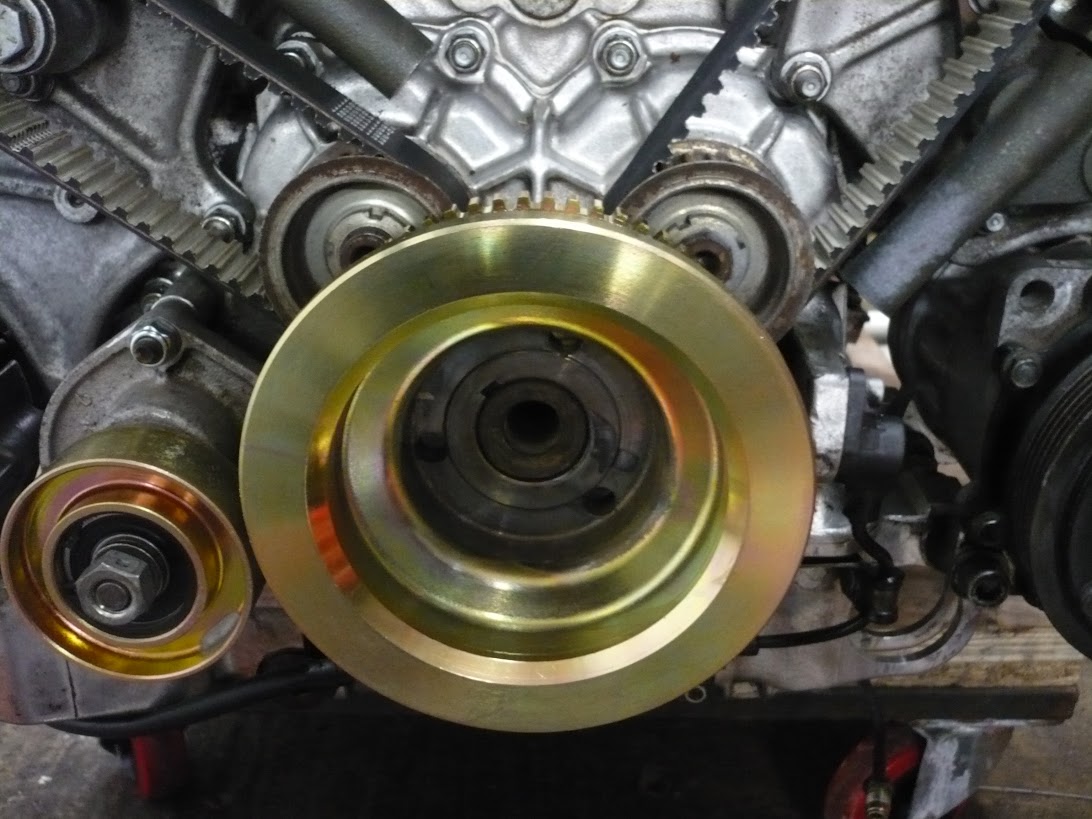 I put threadlock on the pulley bold - belt and braces here; 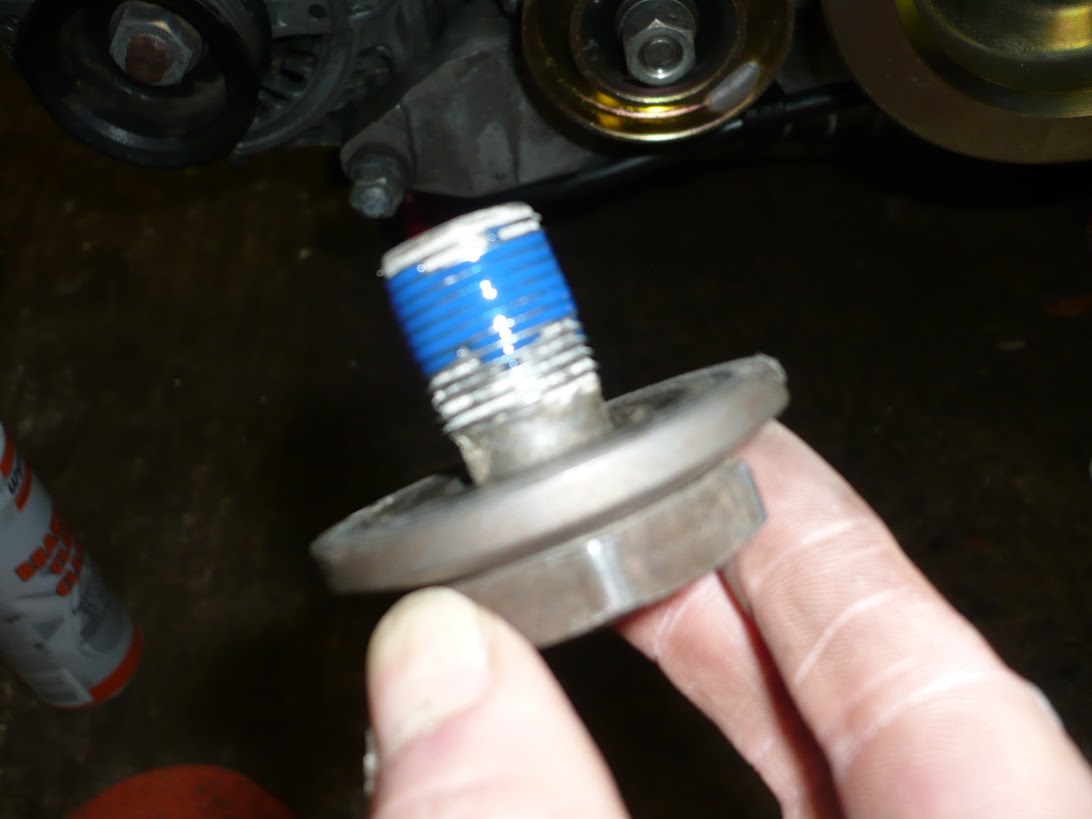 And I then torqued it up to the recommended setting. 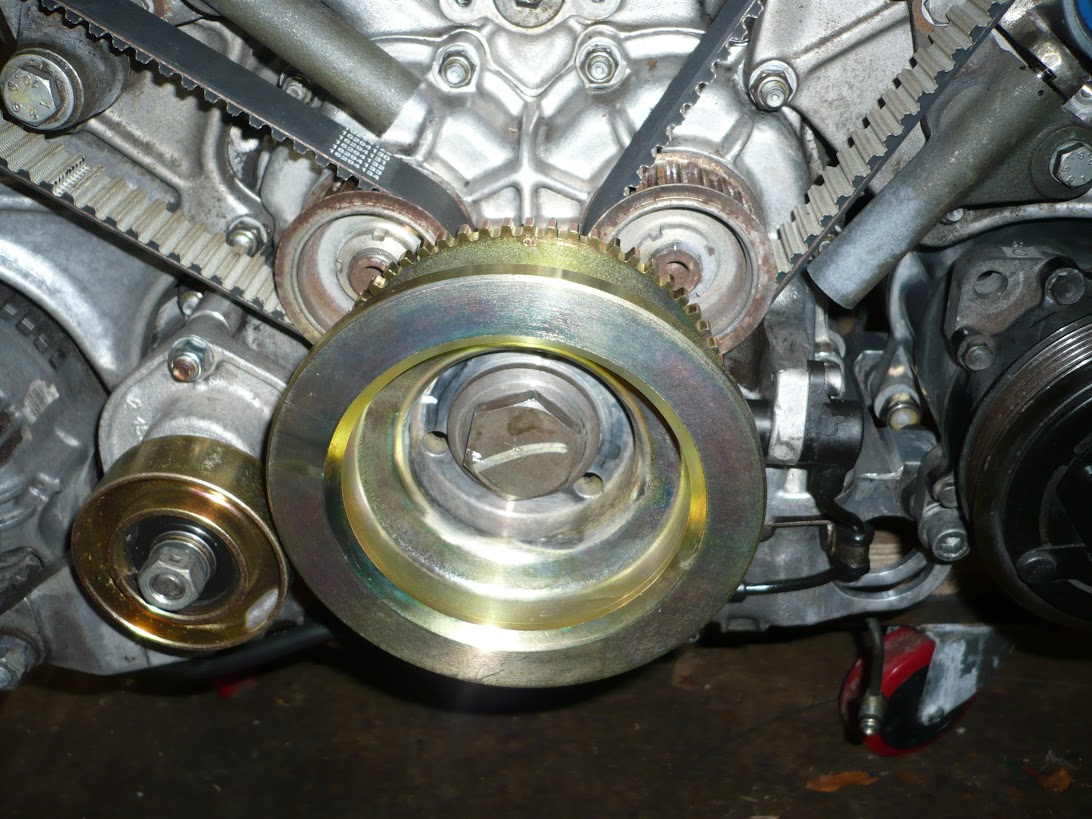 Once that was done the tool I made could be removed, not to be used again for 5 years, and the starter motor was reinstalled. Let's hope the powder coating job I did lasts ;-)