As I didn't know where that intermittent noise was coming from that I mentioned in the water pump / idler pulley article I decided I would, within reason, service or check anything ancillary that rotates. So it was now the turn of the power steering pump. At the very least I wanted to get the pulley off for replating anyway.

The first thing I found, more or less accidentally, was that one of the PAS pump feed hoses was damaged. I don't know for sure but I may have done this when removing the engine. It may have only been the outer but I had no means to test it so I decided to have a new one made up. 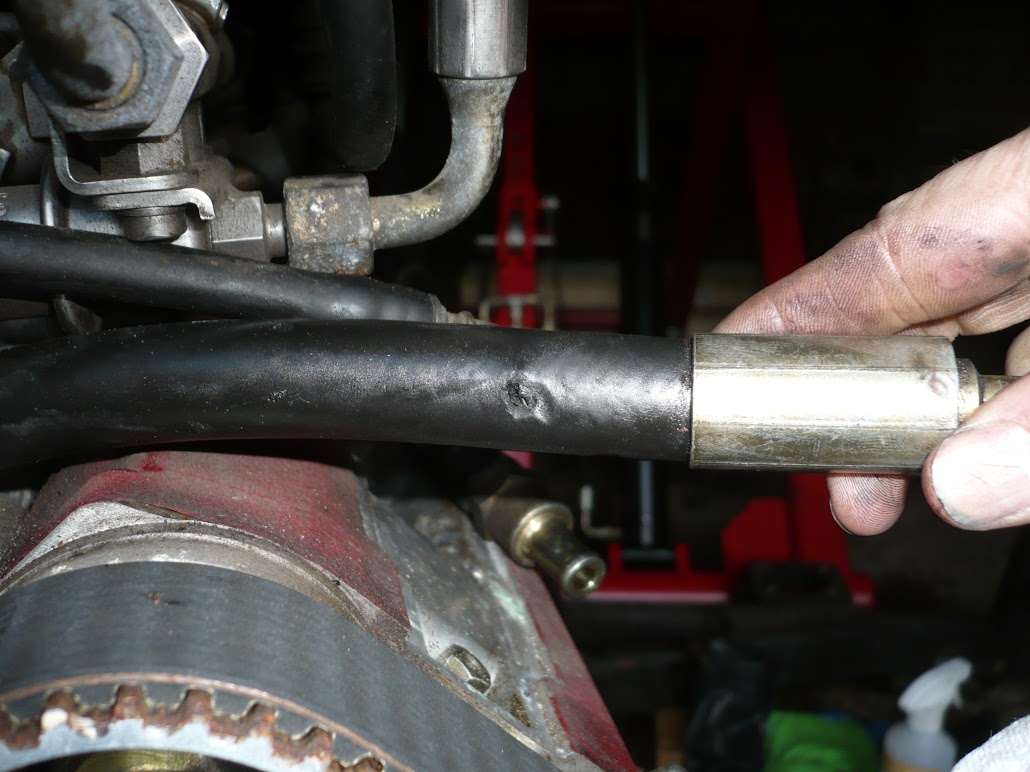 This hose takes a really convoluted route to get to the pump. It goes in a the front of the engine near the left hand cam cover, and then towards the oil filter, turns around 180 degrees, goes under the oil/water heat exchanger inside the vee, and then back to the pump more or less where it came in;

Pipe goes from the pump (banjo bolt on top); 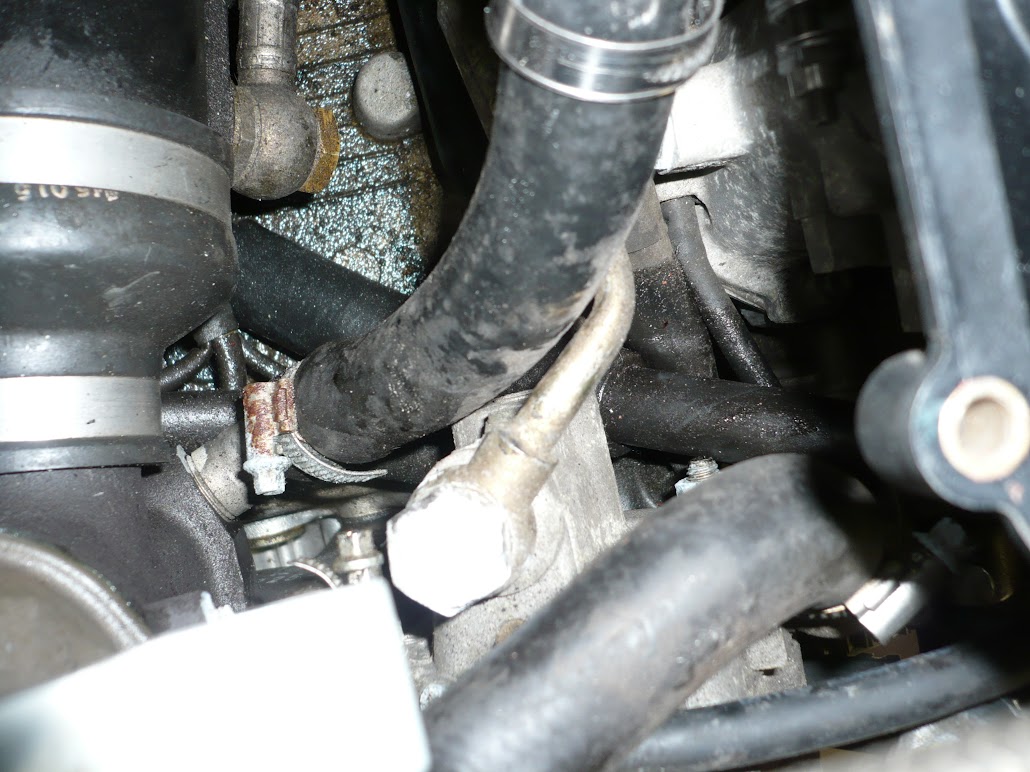 Along the inside of the left hand bank; 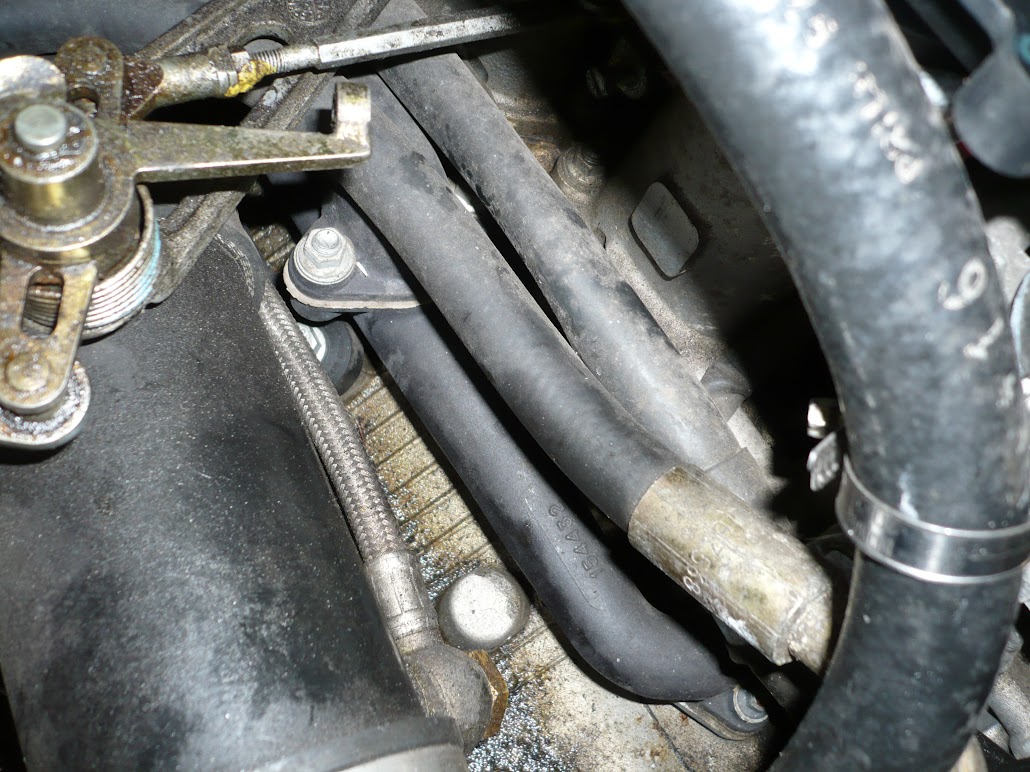 Under the throttle linkage and then do a 180; 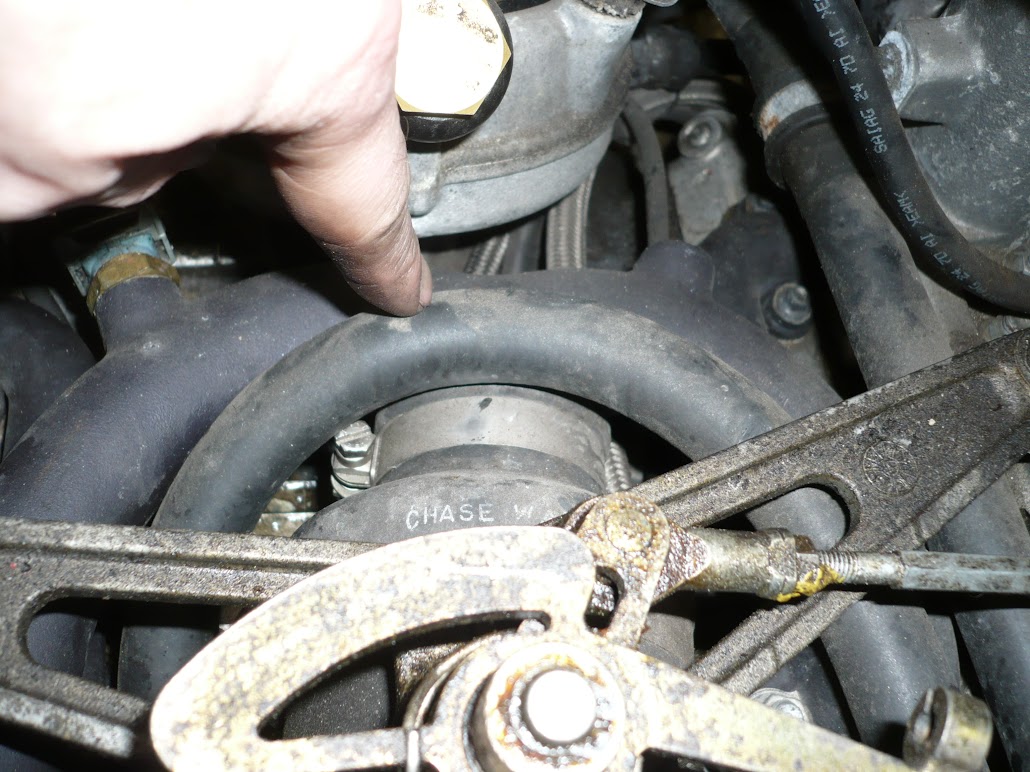 Back under the heat exchanger; 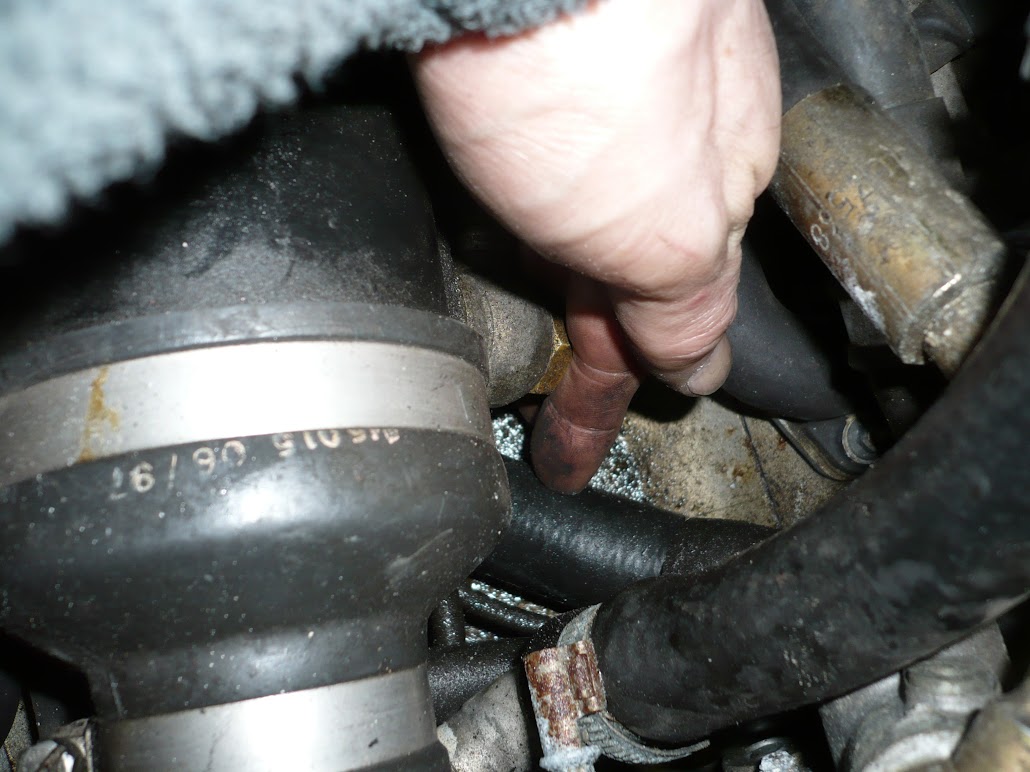 And then back through by the pump and towards the bulkhead connection; 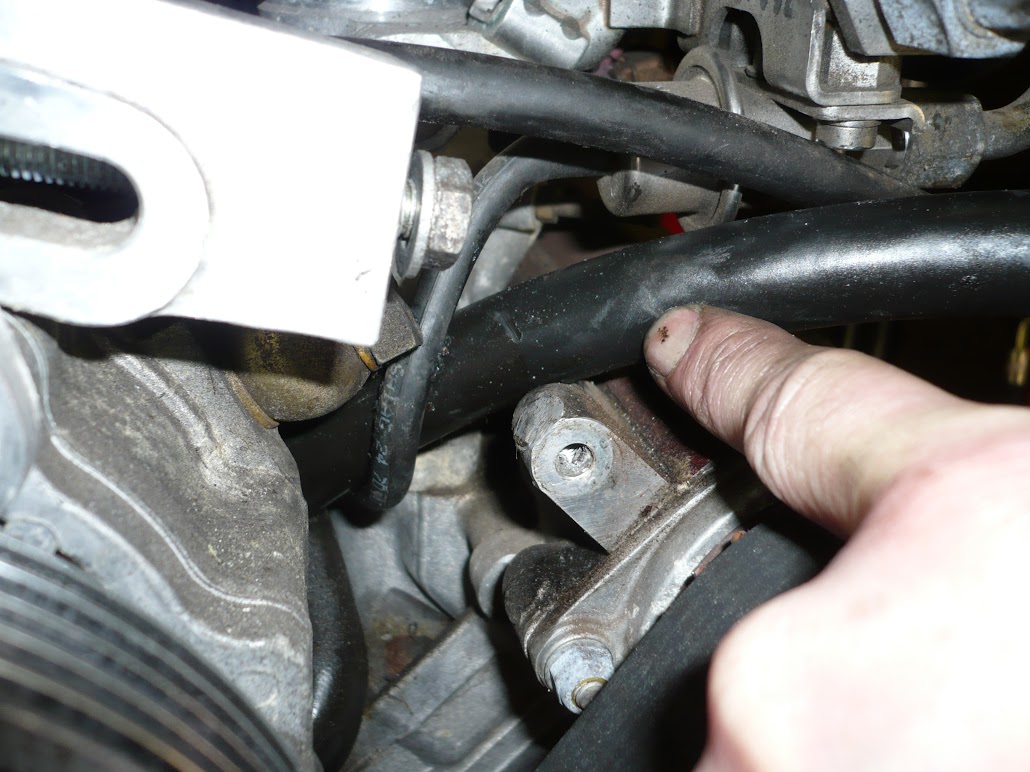 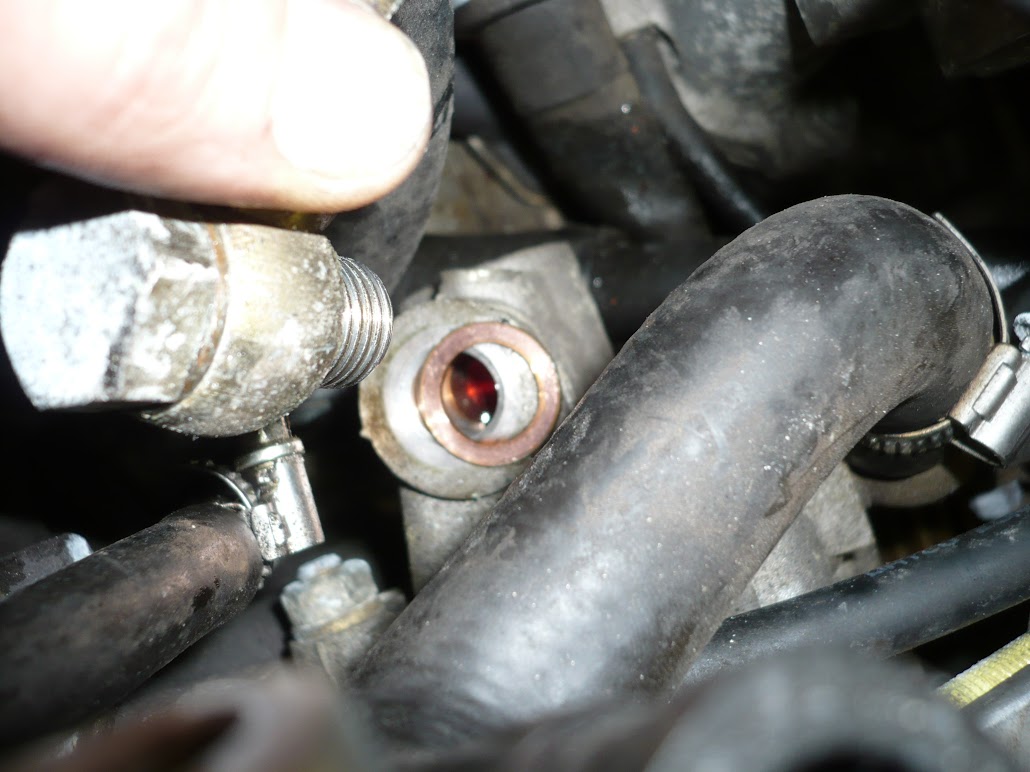 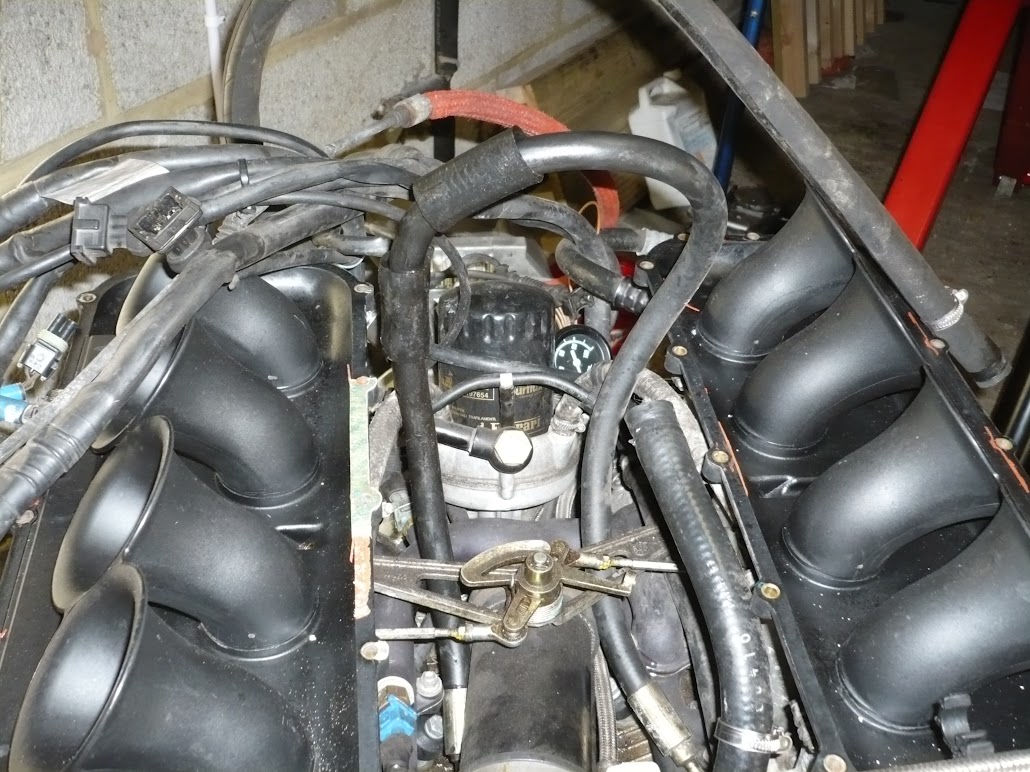 I took this to Pirtek and had them make up a new one for me. You will note that in the middle of the pipe there are a couple of pieces of tubing. One is just protection against chafing, but the other one is covering a restrictor (I think it's intended to limit the pressure or something). Pirtek put a new one in, but they had to re-use the ends of the pipe as they couldn't get them. Cost for the rebuild was about £85 I think. The new hose was better quality stuff and a bit easier to manipulate. Reinstallation is later as I'm trying to keep it chronological.

Next was removal of the PAS pump. Like the aircon pump, it's a few bolts with one being an adjuster; 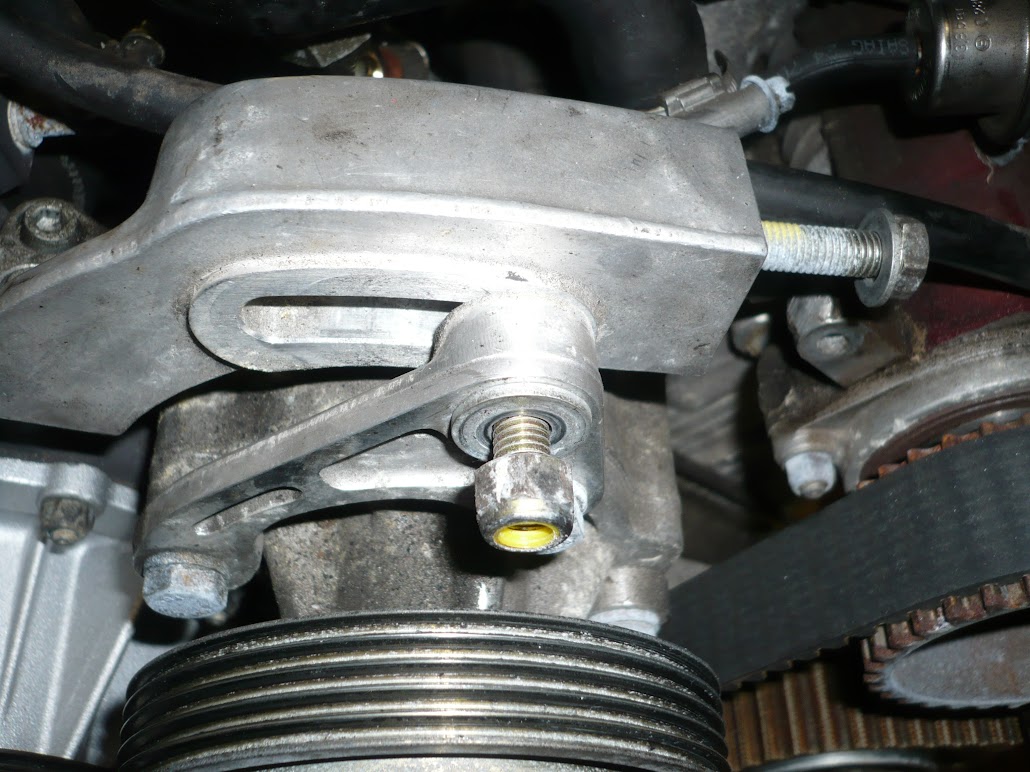 The pump sits on a mounting bracket which I also wanted to remove; 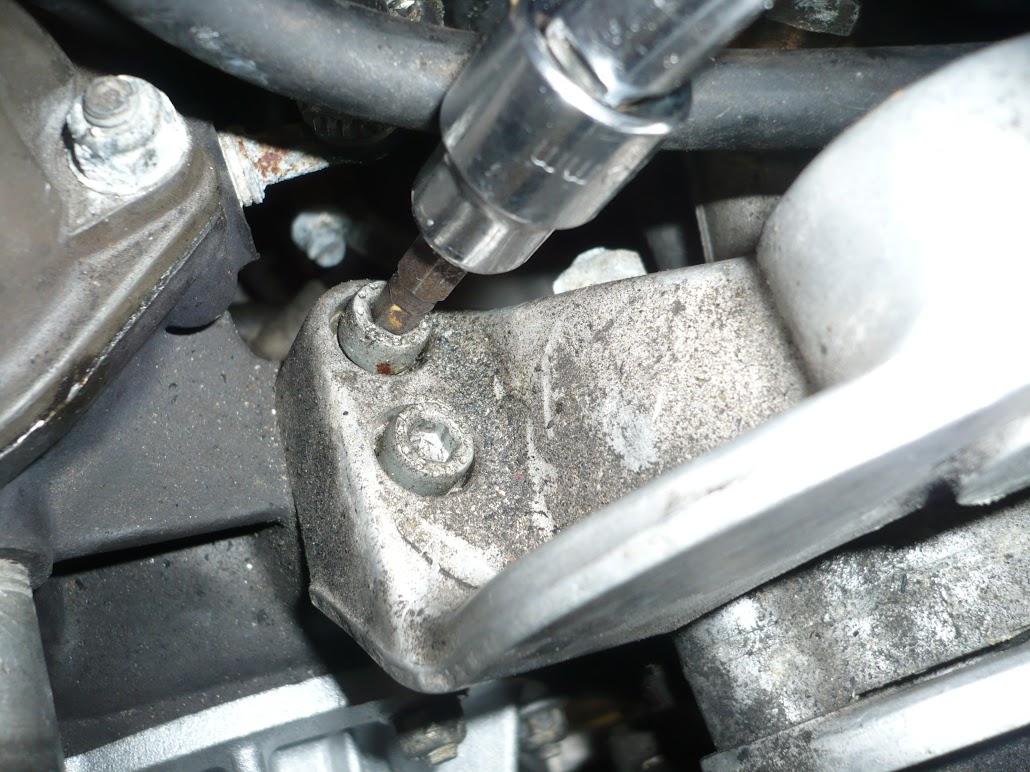 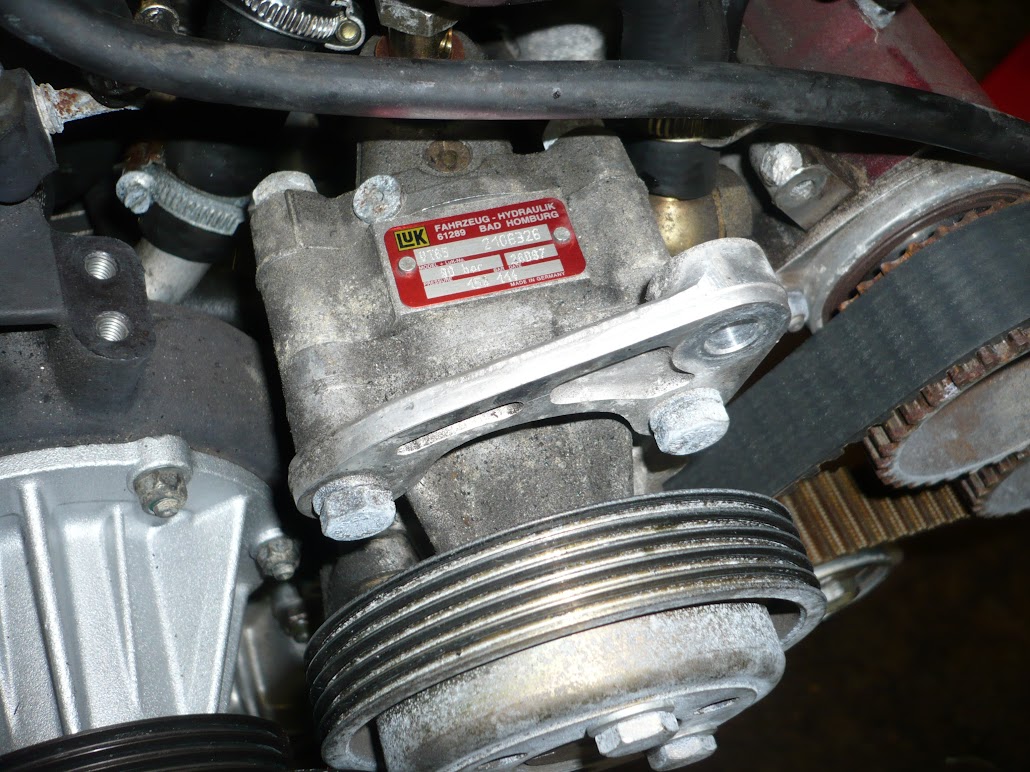 And finally pump removed. I also took the time to remove the pulley from the pump at this point, so that it could be taken for re-plating; 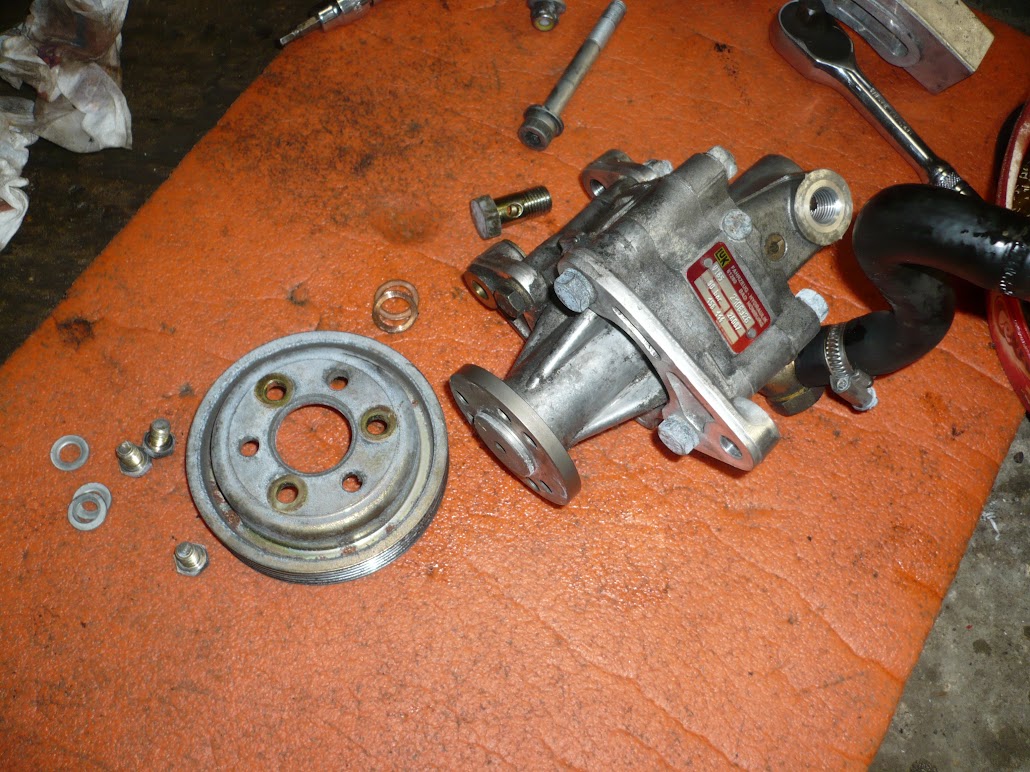 I would later give the pump a good clean but first I took it to a PAS repair company in Greenwhich on a Saturday morning. I took it down intending to leave it to be tested but there were a couple of guys there working and no office staff, so they put it on the test rig for me there and then, declared it in good health, and I bunged them twenty quid and left.

I then spent some time cleaning up the outside of the pump but I don't seem to have taken a photo of that. There are more later where it goes back on the engine.