I had decided a while back that the water pump would be replaced as they are known to fail and I had an intermittent bearing squeal noise coming from the front of the engine, so suspected this might be the cause. I didn't know for certain but I did know that if I didn't replace it and then it failed I'd be kicking myself as the engine would have to come out again. So for the sake of £170 it was a no brainer.

First, the accessory belt needs to come off. It drives the water pump and the alternator; 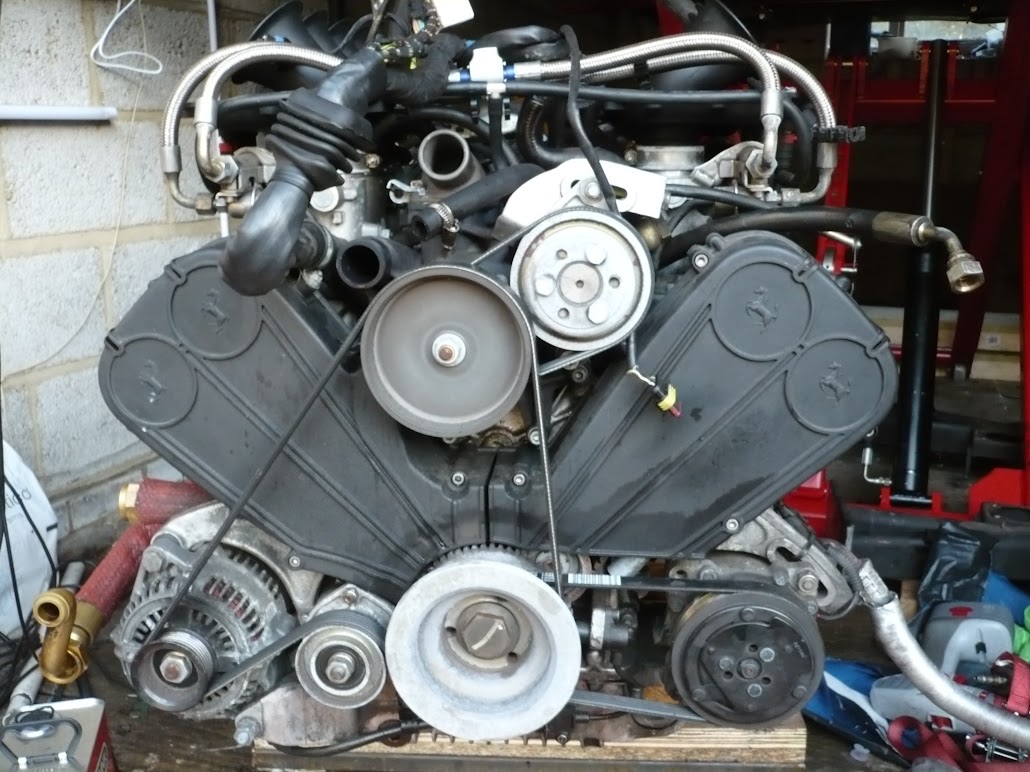 The central nut is loosened on the idler before you try and slacken the tension off. If you don't do this then it has been known for the tensioner bolt to snap. Now the tension can be loosened; 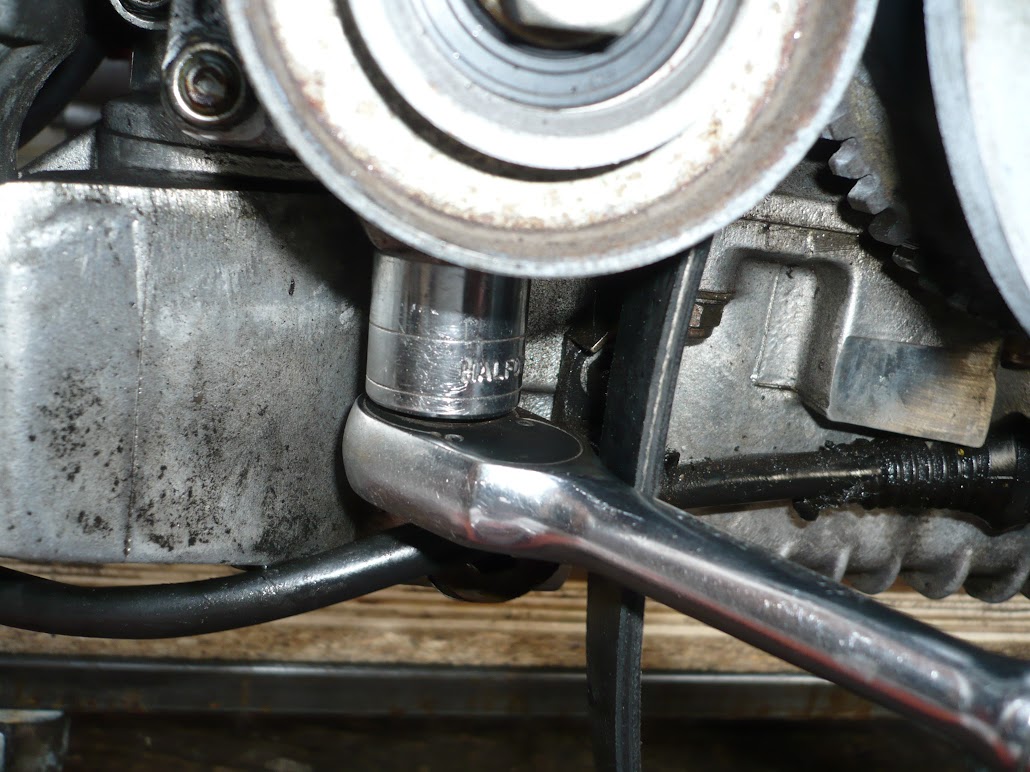 Next, I removed the front covers from the cambelts; 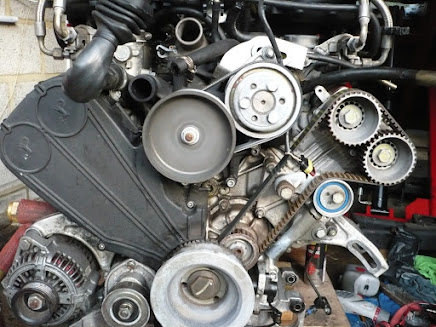 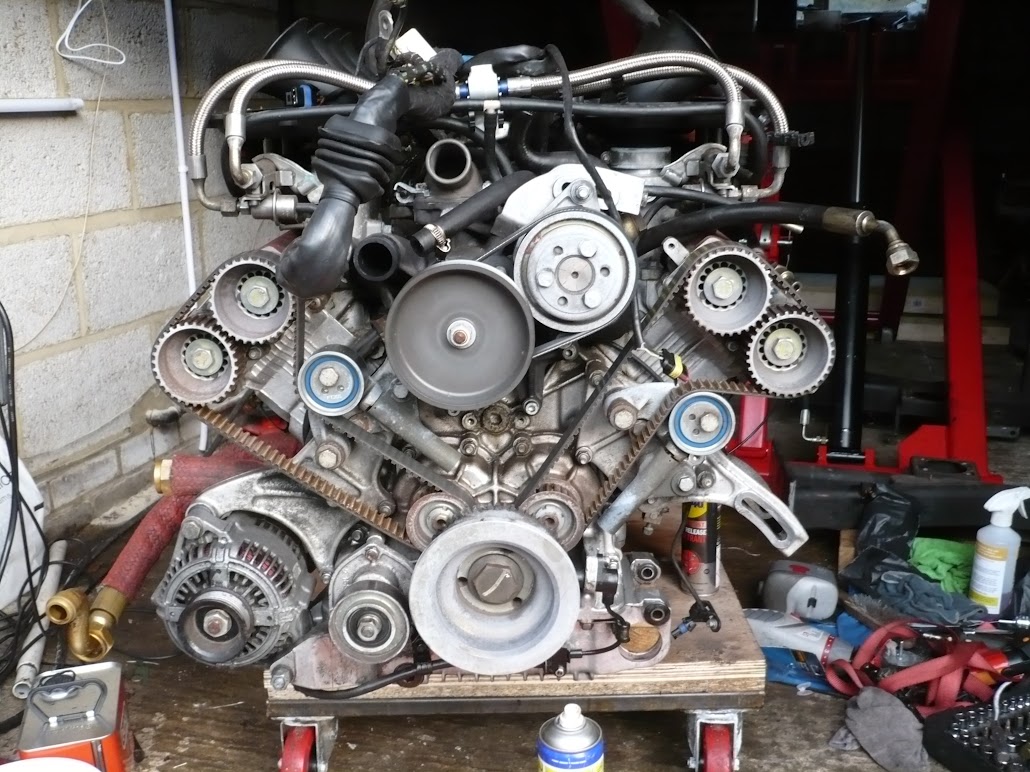 This is the water pump pulley. There's another pulley behind it which drives the PAS pump; 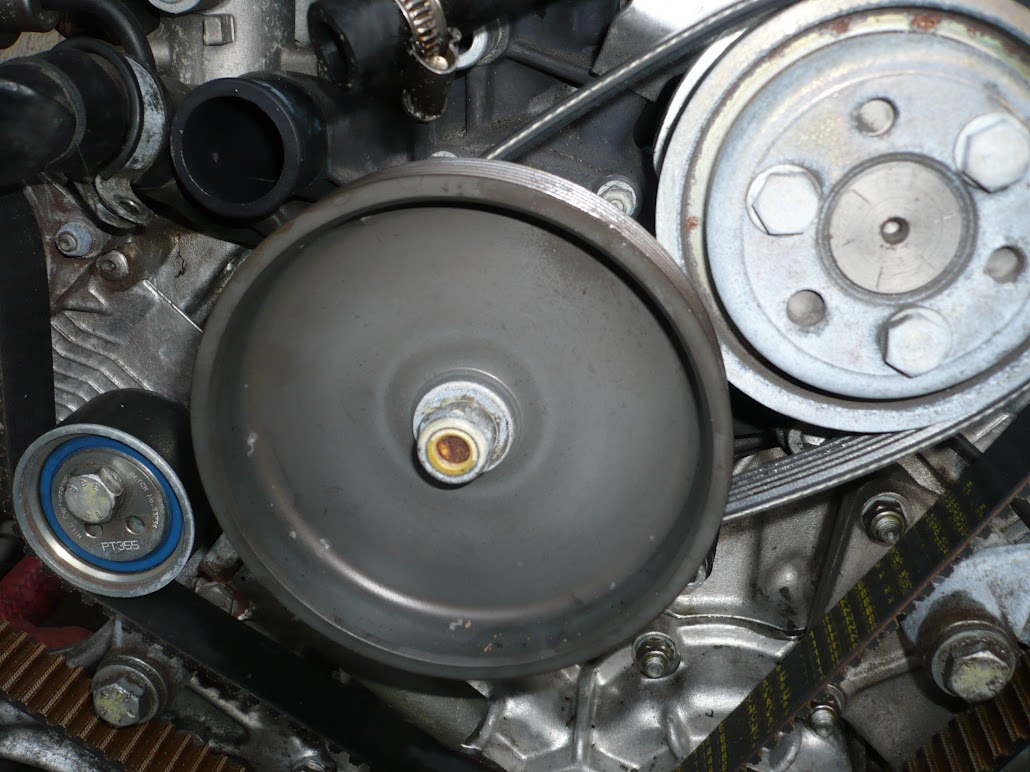 Loosening the PAS pump as part of the belt removal; 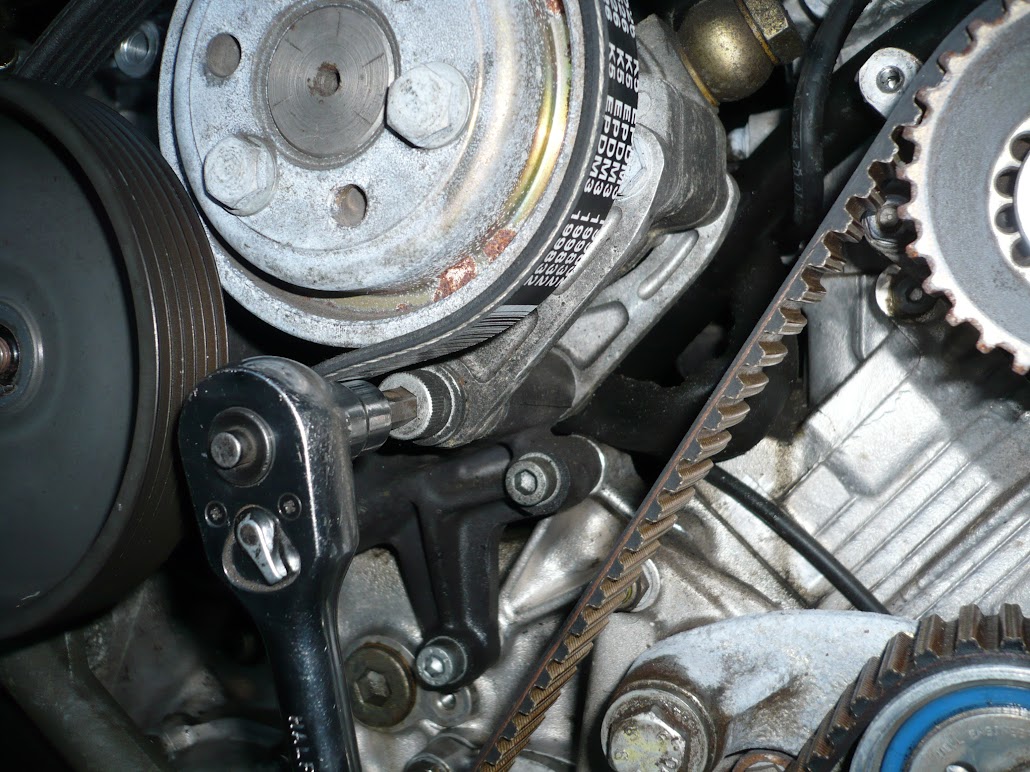 I then used a puller to get the water pump pulley off. I was expecting more of a fight with it - it wasn't very tight. 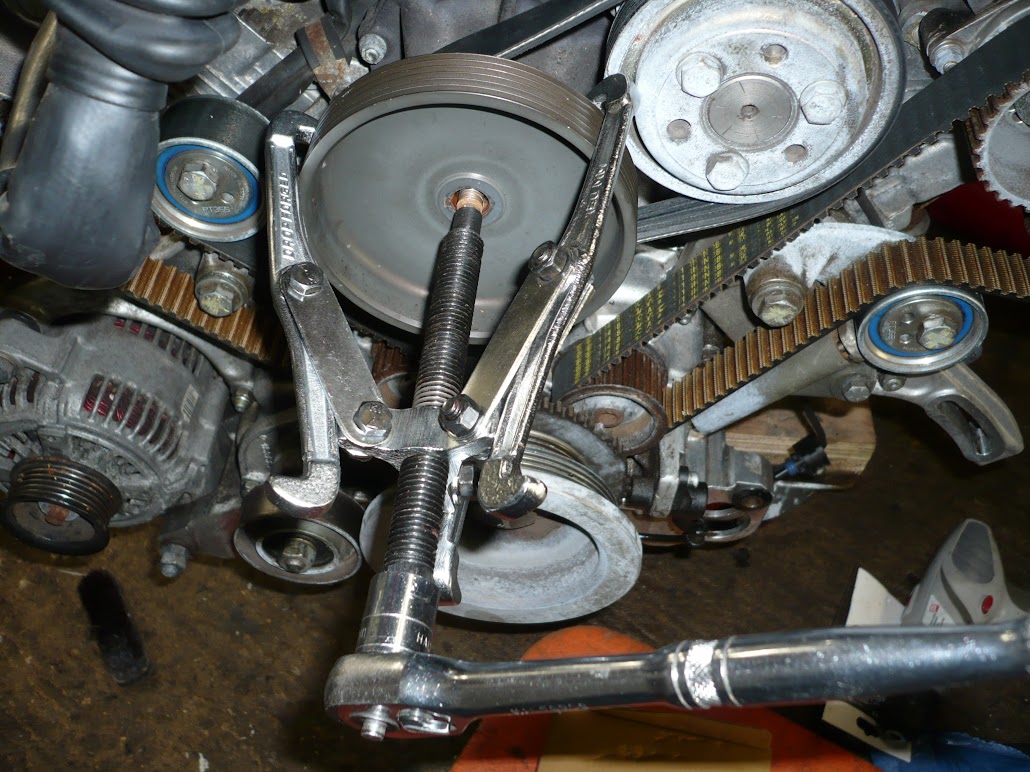 With the pulley off I could now remove the water pump; 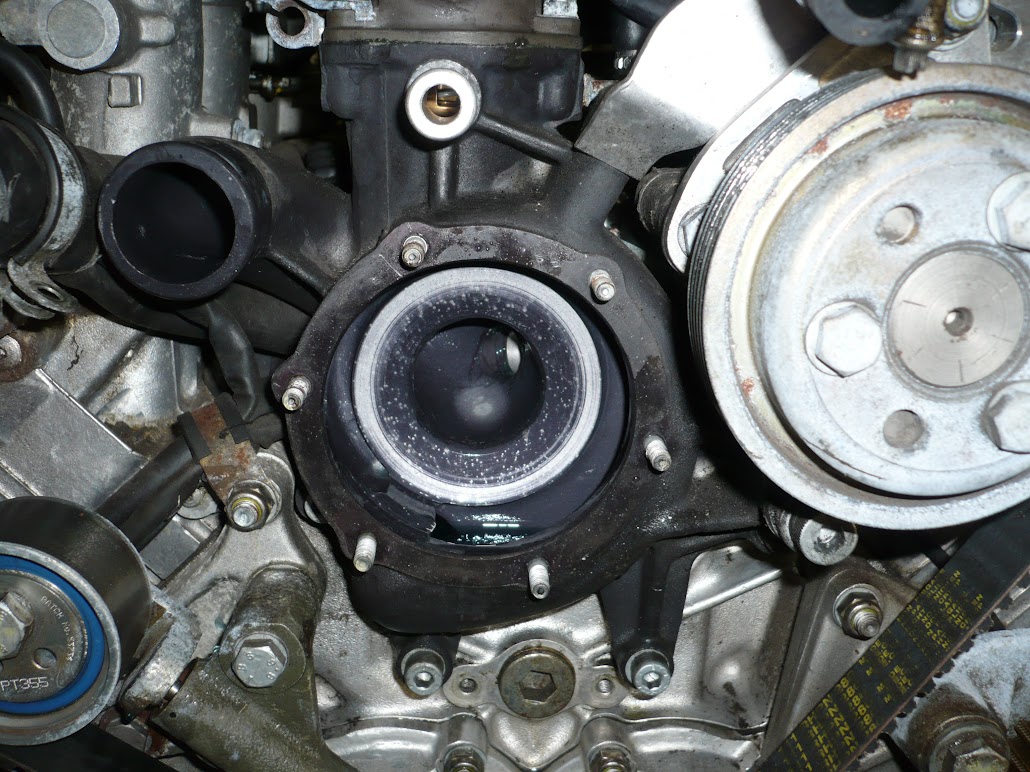 With no belt on the idler pulley I could spin it freely, and I found that it was pretty worn so I decided to replace the bearing. I would not be replacing it straight away as the idler would go for replating first, so for now it was a case of removing the old bearing and ordering the new one (along with a load of other parts);

First there's a circlip to remove; 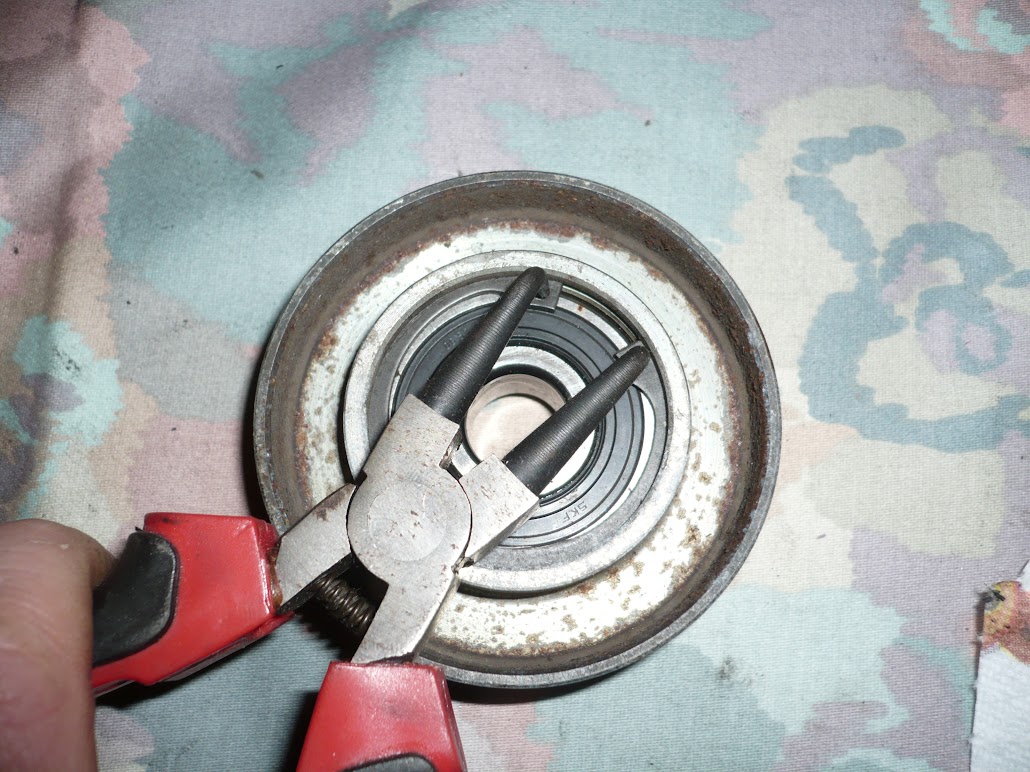 Then turn it the other way around (the underside has a lip so the bearing doesn't go all the way through when fitted) and use the press to get it out. I told you it would come in handy for other jobs! 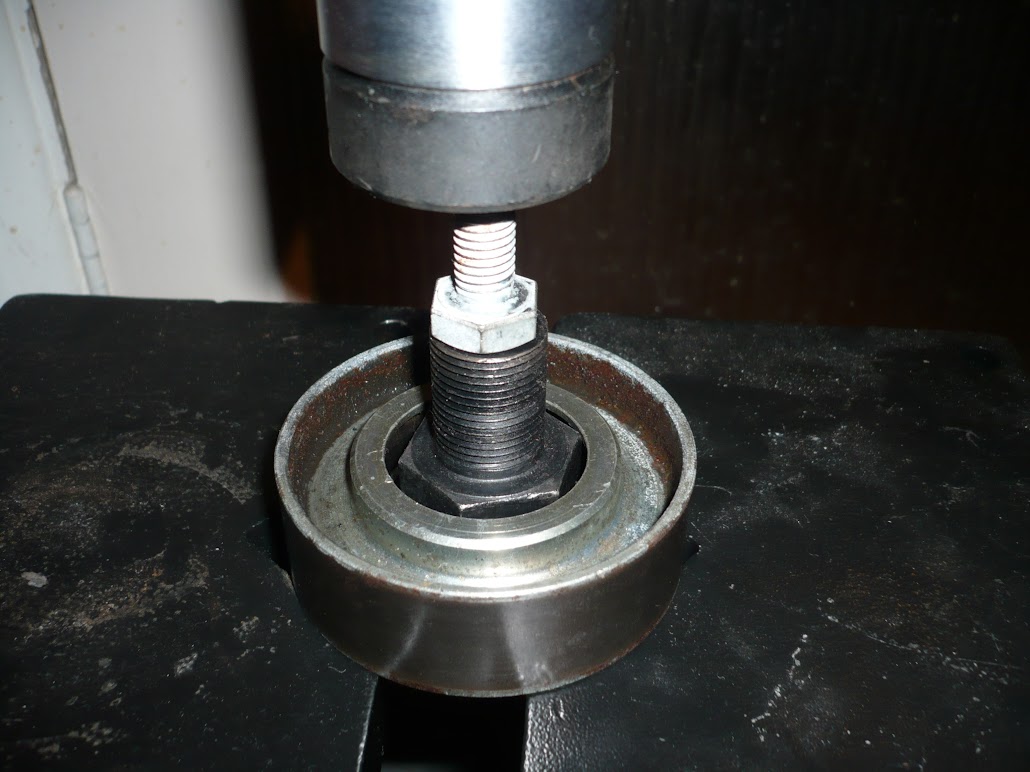 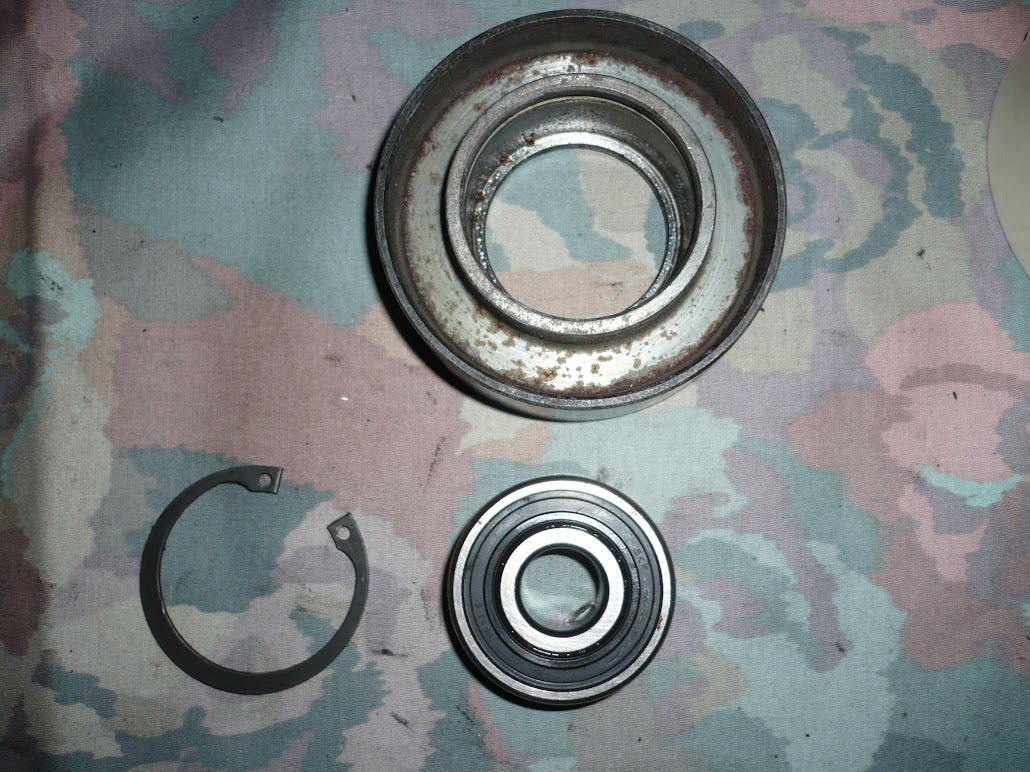 I then set about putting the pulley on the new water pump, and reinstalling it into the engine; 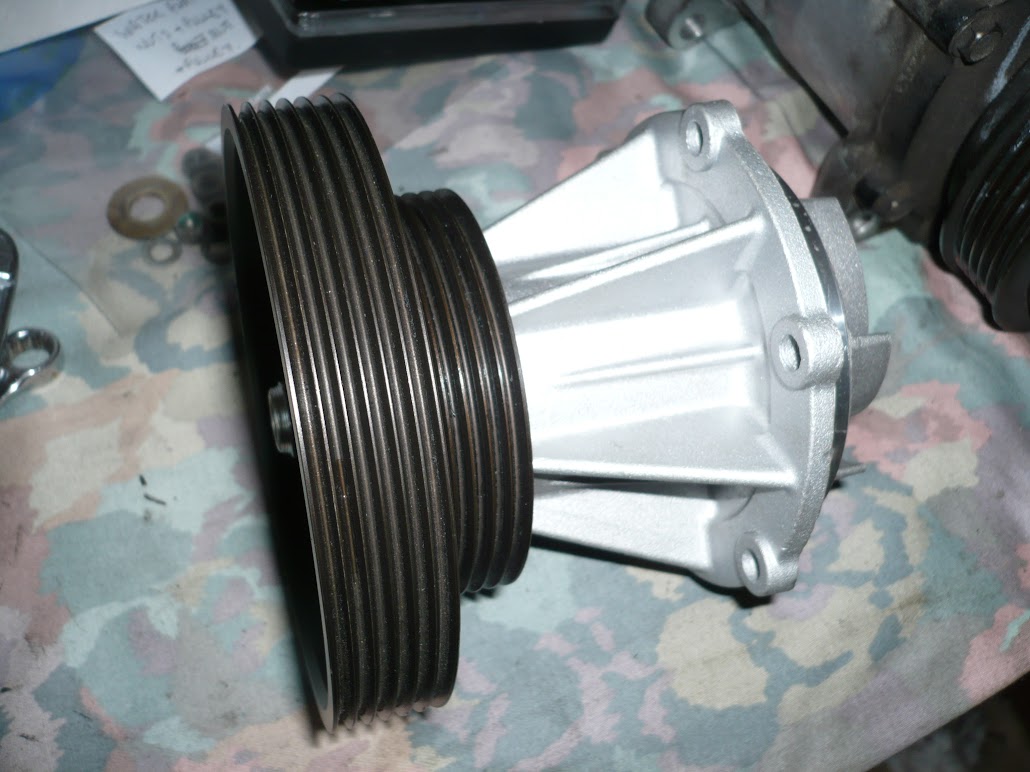 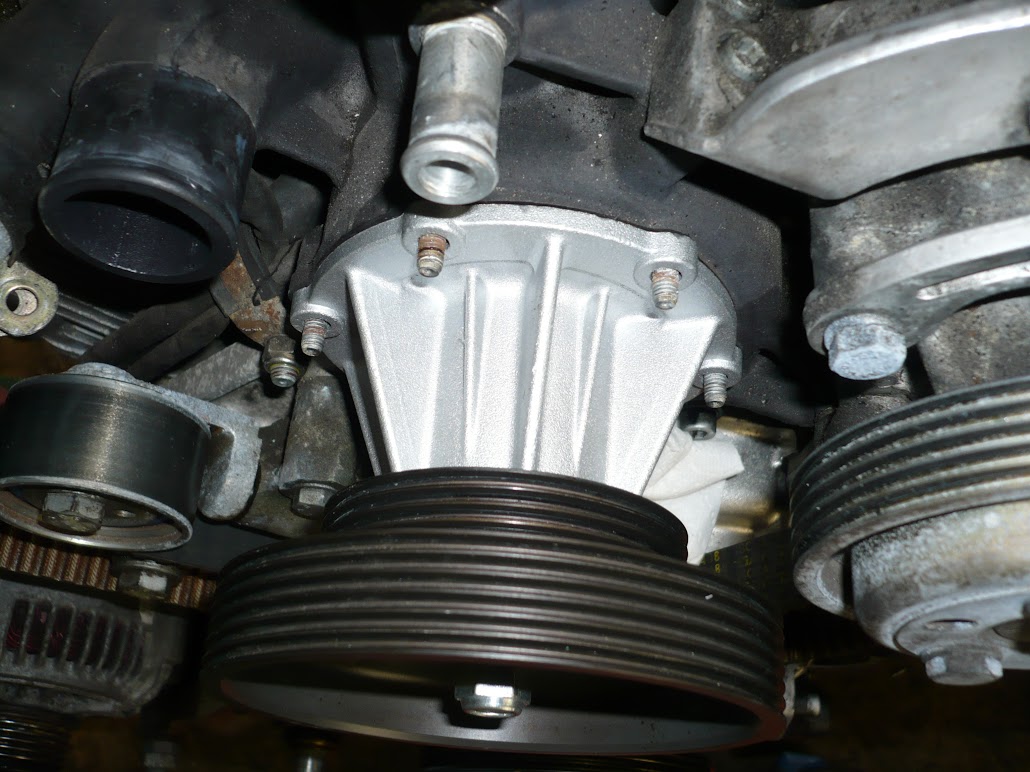 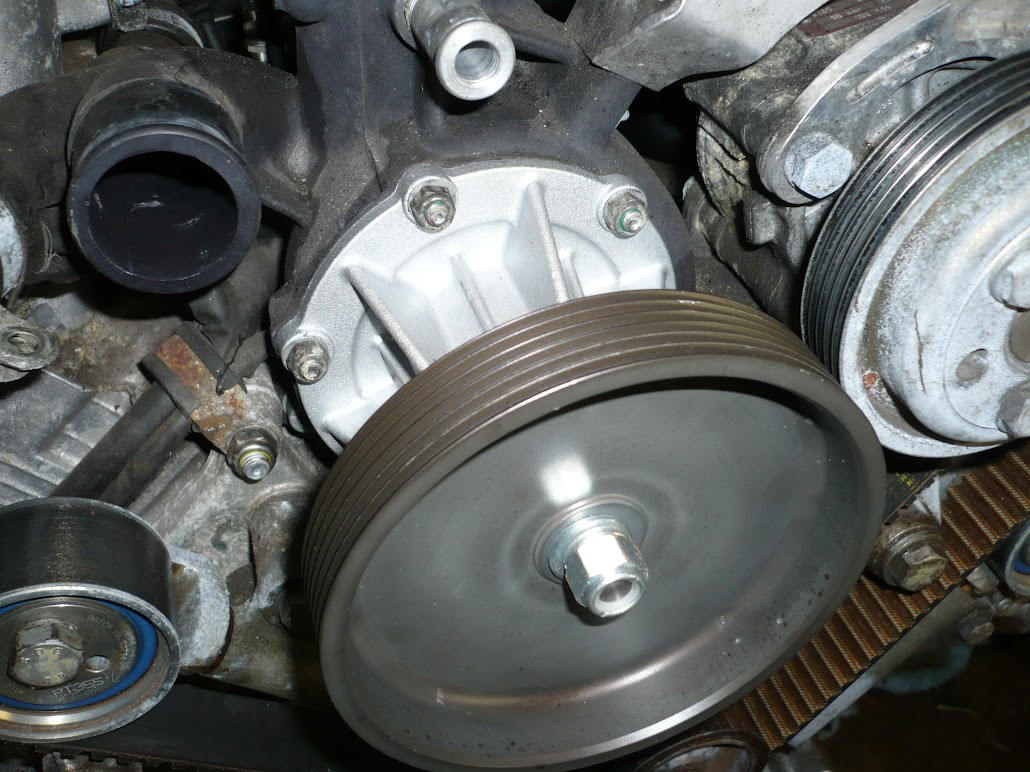 I would replace the hardware later as the existing nuts were a bit nasty looking, but for now I wanted it sealed back on the engine to keep the crap out. And I just found the picture so here it is (a few days later!): 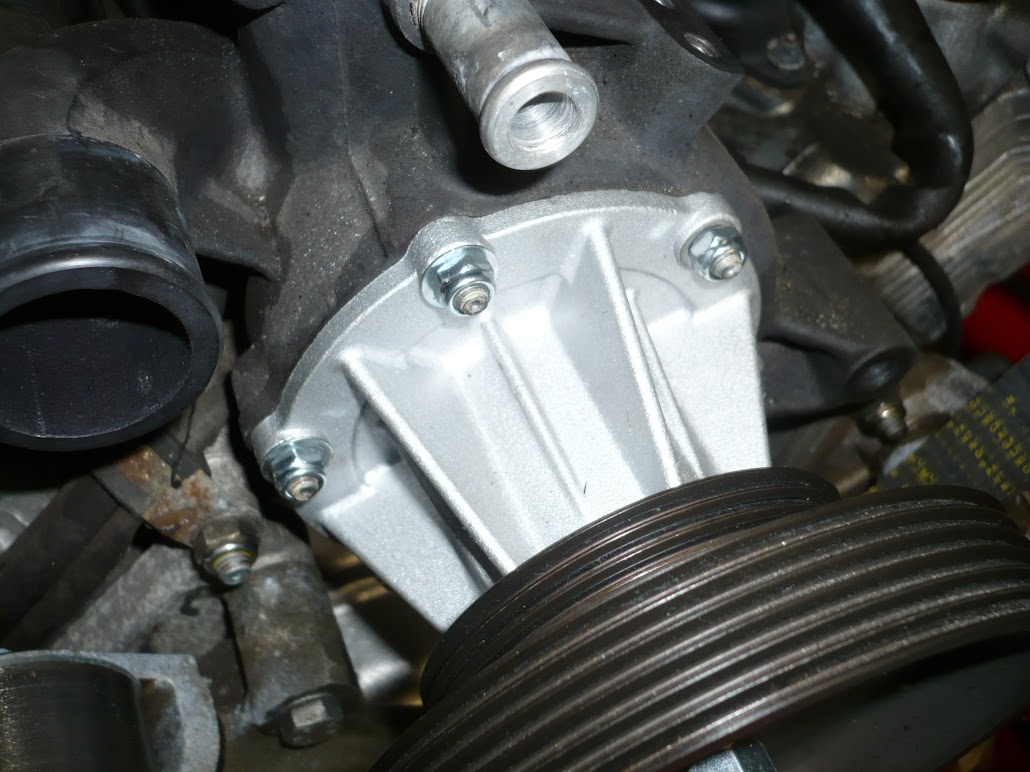