During the engine removal process I had some problems separating one of the hoses from the air-con condenser. I did eventually manage to get it undone as you can see in one of the photos, but for a time I tried removing the hose from the compressor instead but couldn't get that end off either. With access being a bit tight down there I couldn't work out whether my spanner was getting stuck or whether there was some other problem. Once I got the engine out I was able to have a proper look at the compressor and found that even with sufficient access for the spanner, I still could not get that hose off.

There's an electrical connection and an adjuster for the belt tension; 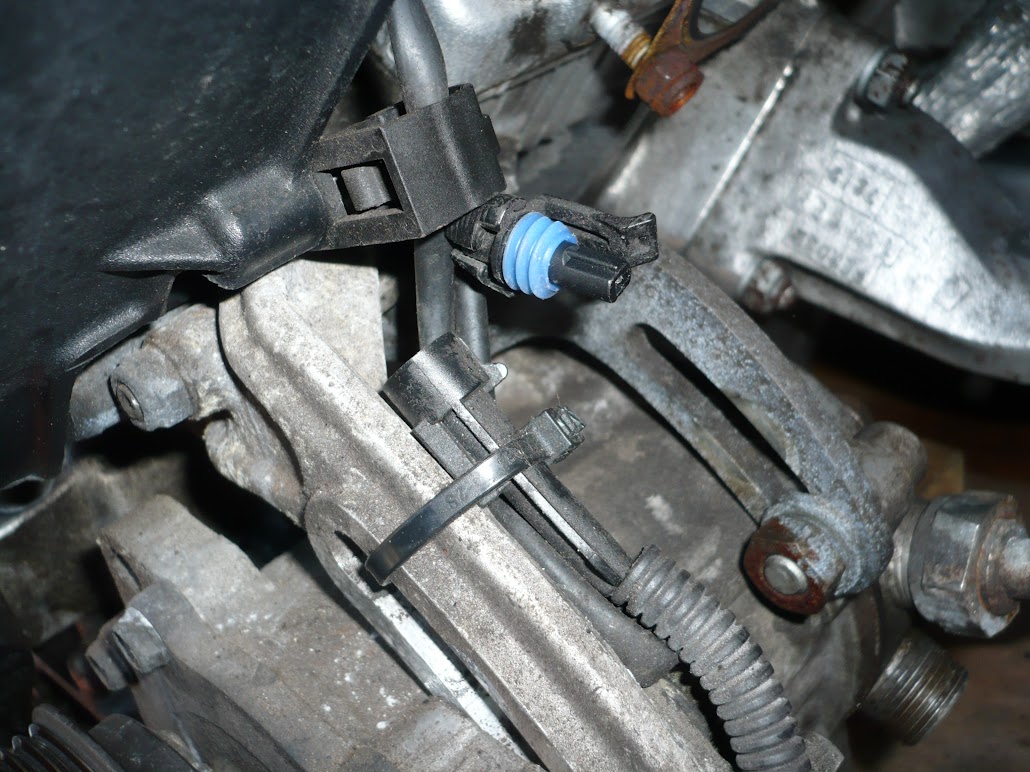 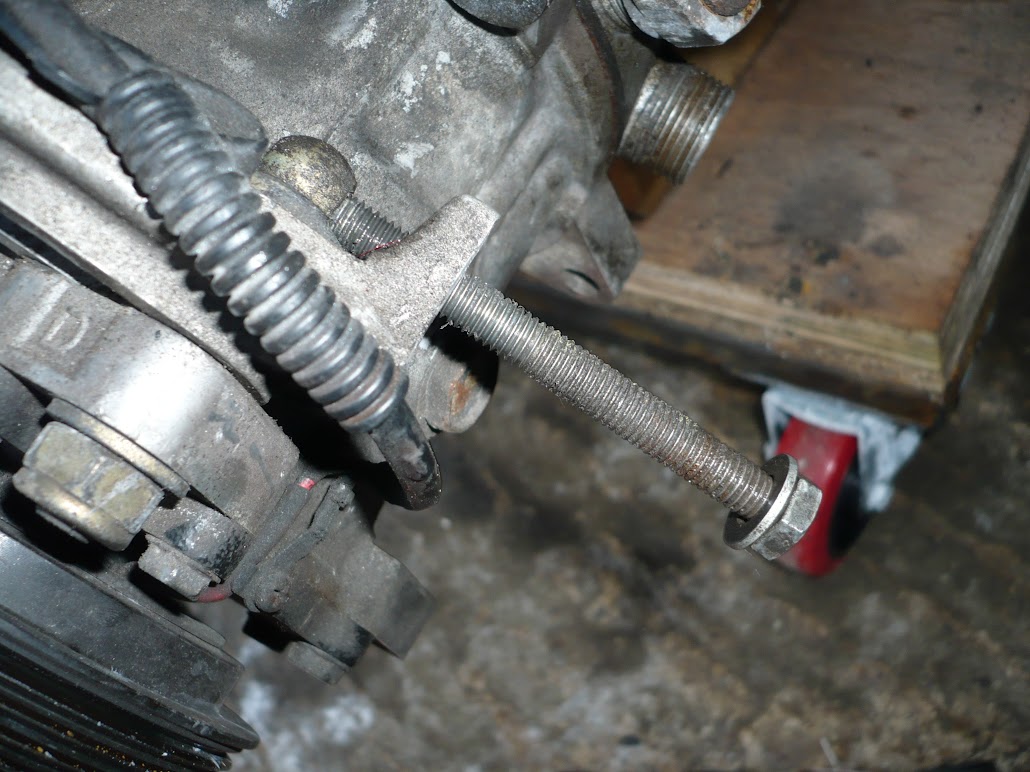 Then there are bolts on the underside of the compressor as well as the one at the top; 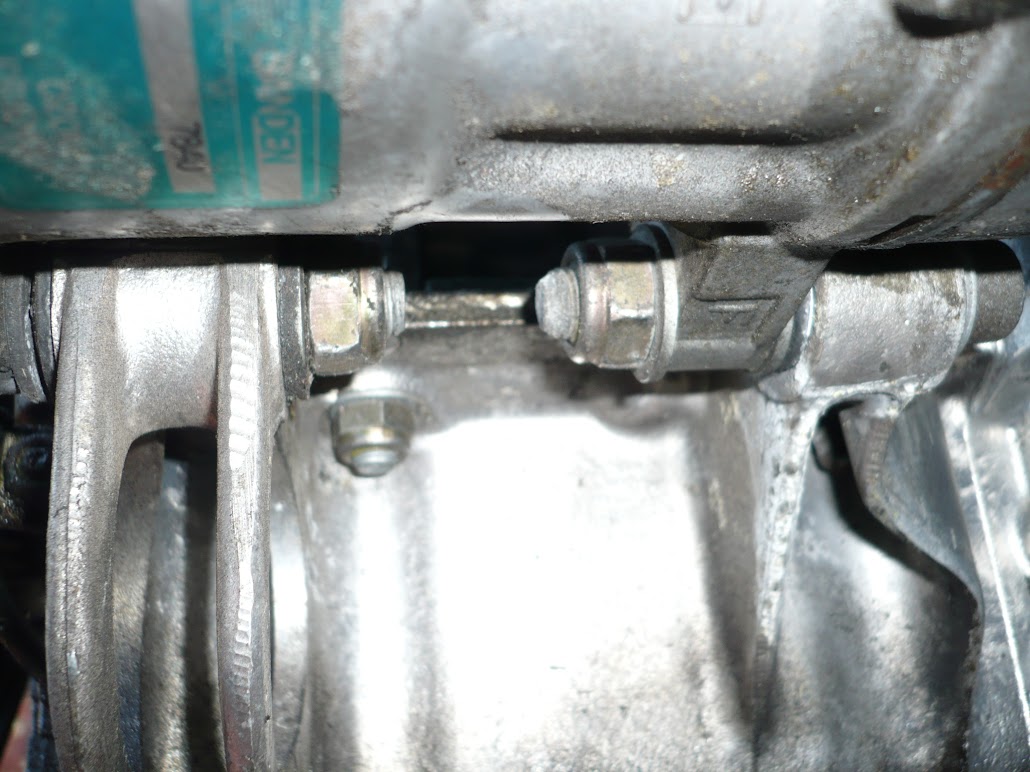 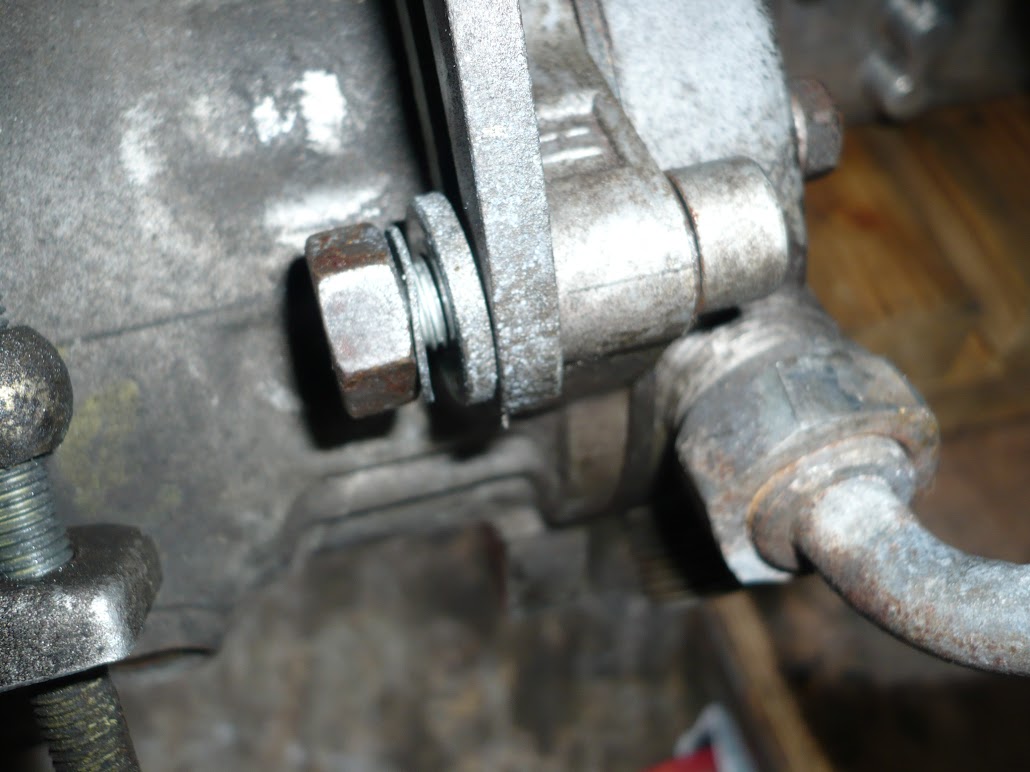 In that last image you can see the connection I couldn't get undone while the engine was still in the car. My spanner seemed to be getting caught on the bolt above it, but even with good access it still wasn't coming off. It would turn a bit but then stop.

With the compressor off and on the bench, I got a better look at the hose: 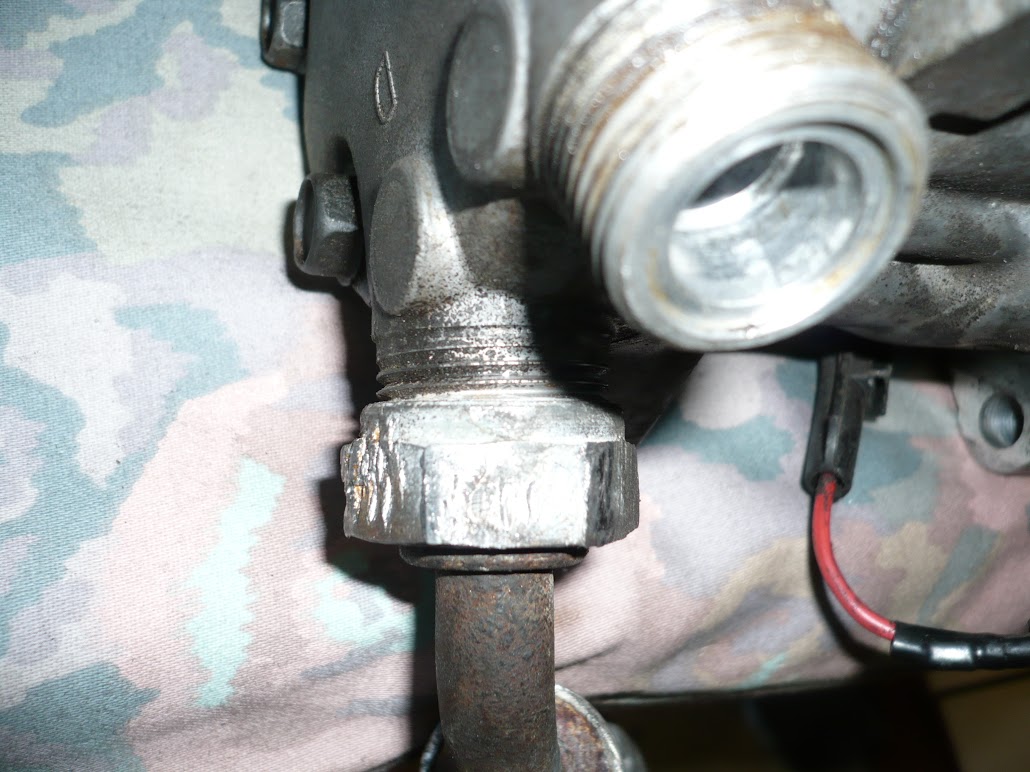 If you look closely, you can see that the nut is cross threaded. So whoever put this hose on last made a total pigs ear of it and now I needed to try and get it off and see what the threads were like. I had had a problem with the aircon losing gas (or at least not blowing cold) and i suspect this was the root cause of the problem. There's an o-ring inside this connection, but it wouldn't have been properly compressed which explains why it was a slow leak.

I was now faced with a bit of a problem because no matter how much force I put on it, it seemed like it just wouldn't come off. So to get it removed I had to sacrifice the pipe. And these pipes aren't what you would call cheap either - around £200 for a new one I think,

First, I cut the pipe off so I could get a socket on it: 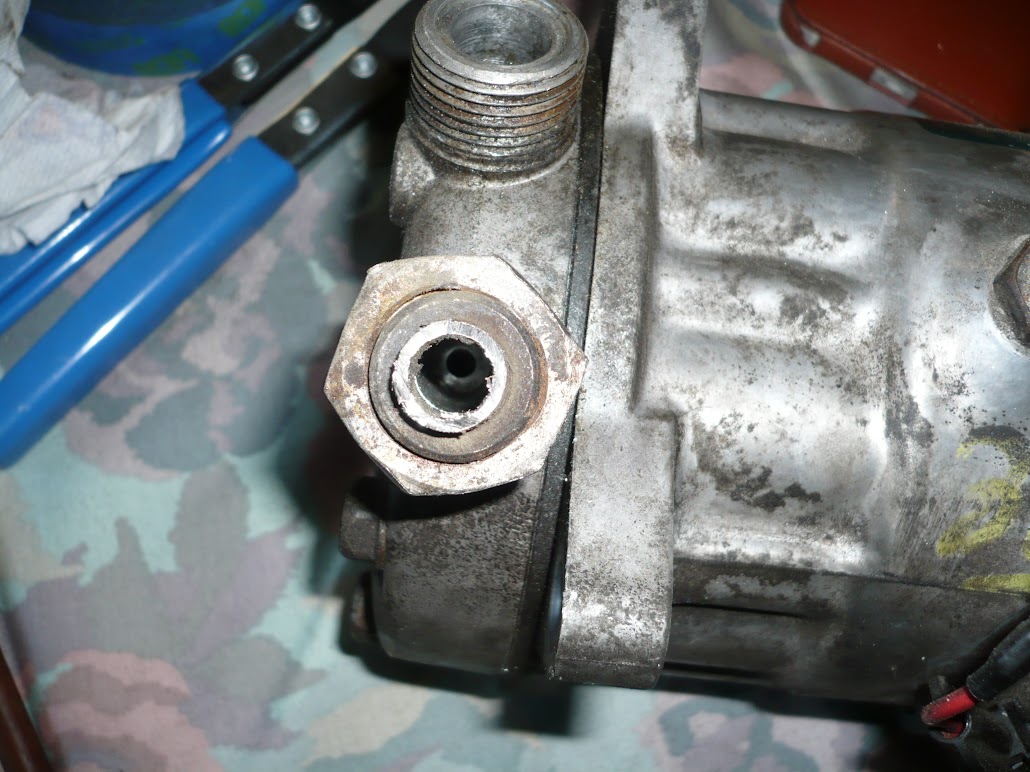 Then I used an air wrench which made light work of removing it. Unfortunately the threads were destroyed: 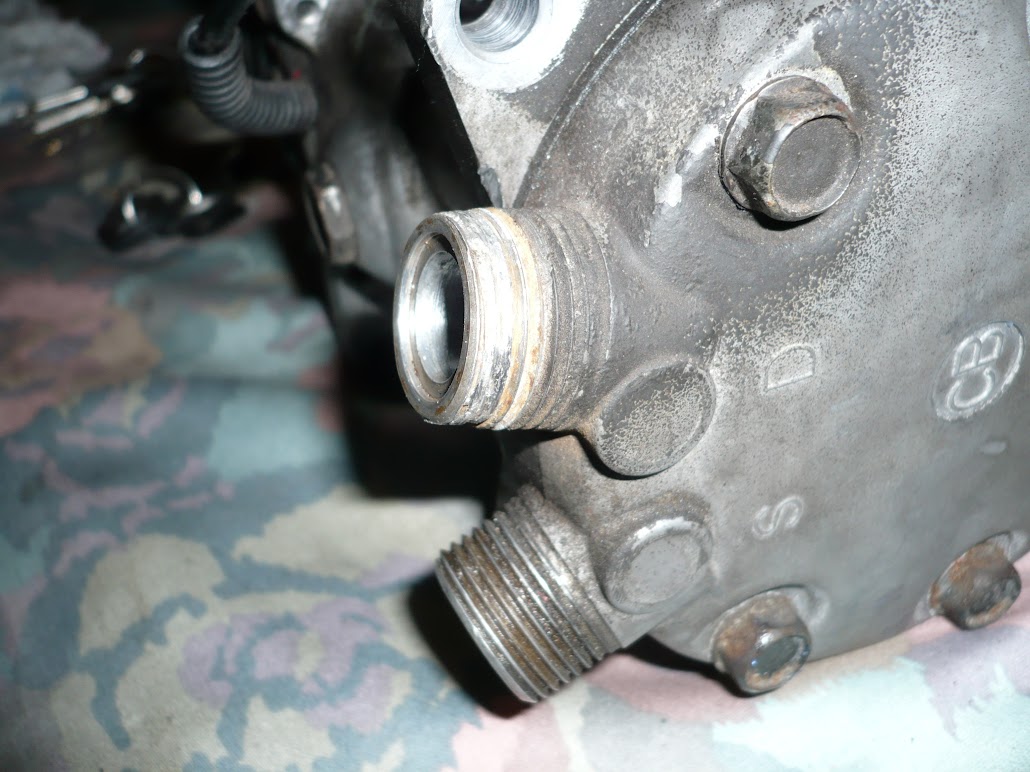 So I had a look around for new compressors, and knew they'd be expensive. But I realized when looking at the compressor and during my various searches that the back of the compressor comes off. It was marked well enough for me to be able to source a replacement, which was about £65 plus delivery. A total save.

Old back removed. The new once comes with a replacement gasket; 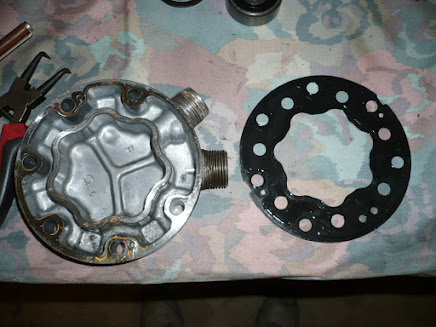 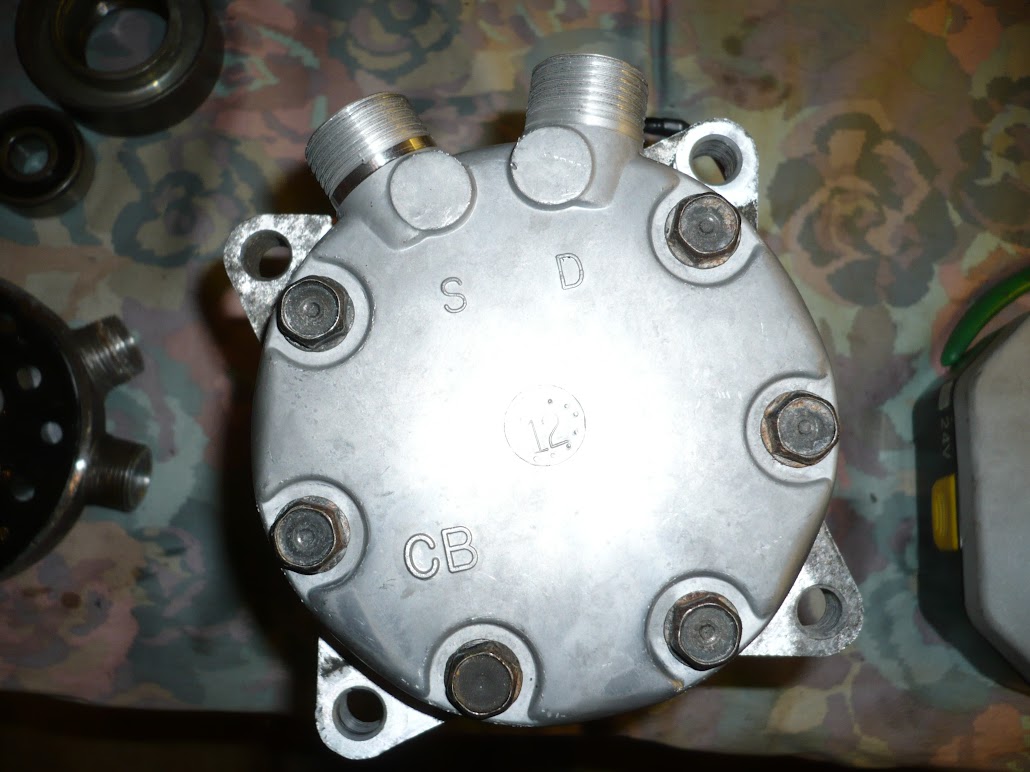