Having already used the press and pull sleeve kit to remove the bushes from the dampers I got straight on and started removing the bushes from all four wishbones. This was initially easy using the air gun, but then all of a sudden it got hard. I ended up spraying one of the bushes with penetrating fluid over a couple of days and having another go here and there, but it just would not move. Eventually I stripped one of the hardened steel rods I put so much force through it.

This one came out good: 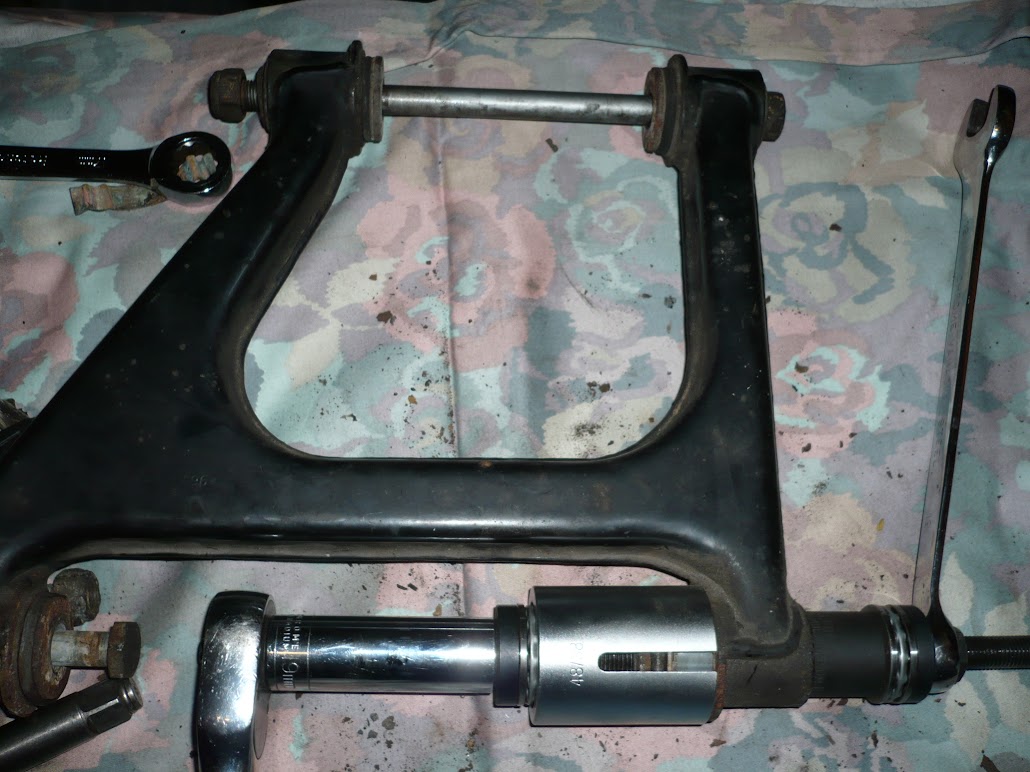 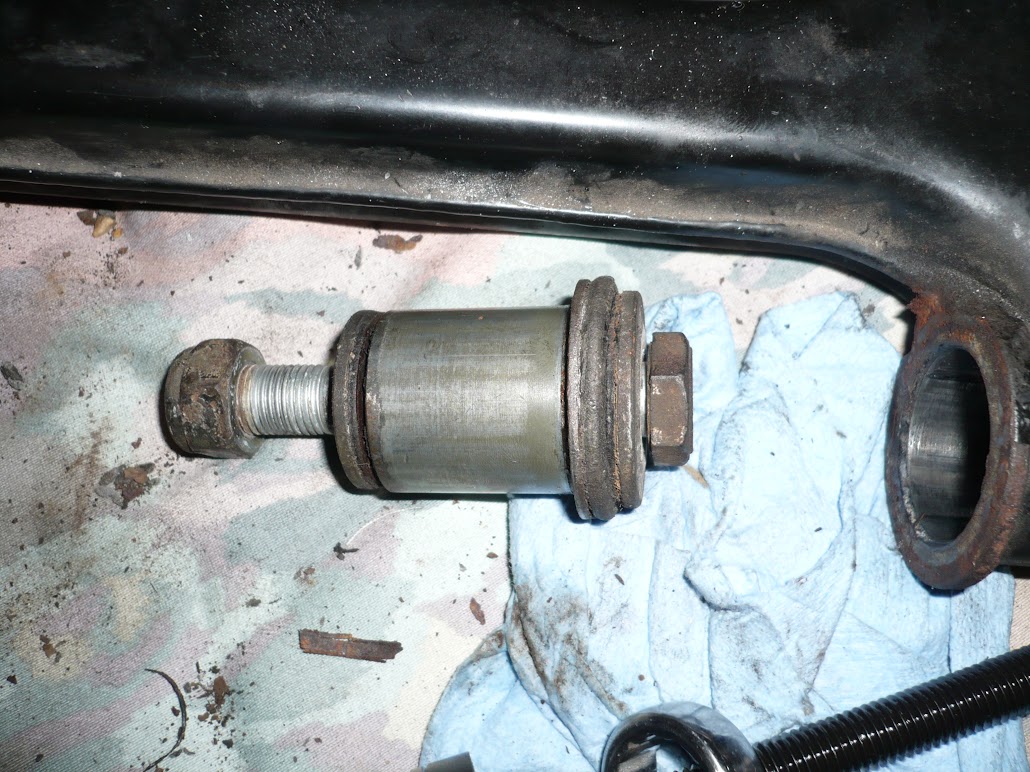 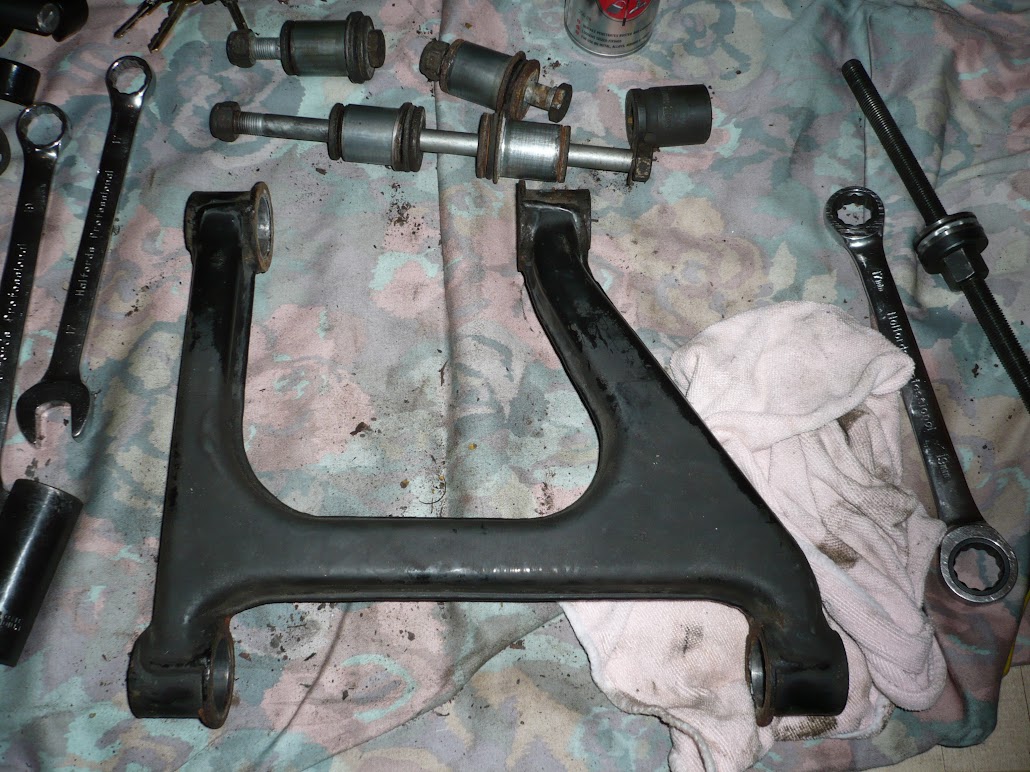 But then on an other one progress ground to a halt so I had to take a look around and see what my options were for getting the remaining ones out. I didn't want to spend 2-3 days fighting with every other bush. Eventually I decided that the right thing to do was to buy a proper hydraulic press. I looked around at e-bay specials that were around £40 which are basically a steel frame with a hydraulic jack mounted upside down, and whilst these would probably do the job most we rated at around 6 tons which seemed a bit too low.  Looking around a bit more I found a 10 Ton press at Machine Mart and was able to go and buy it the same day so that was what I went for. It was more expensive at around £240 but would be useful for other jobs (including within this project, I would later find out) so I wasn't too bothered about the cost, and anyway it was fairly reasonable still especially sine it came with proper pressing plates and a gauge.

Here's the one I bought:

To press bushes out using a proper press you have to be very careful where you put the pressure. In the above case, I'm pushing out the top bush and I can't turn the wishbone over and press it out the other way because the bush has a flange on one side. Therefore Some support has to be constructed so that the forces go straight down and into the pressing plate rather than  through the wishbone, which would clearly destroy it. 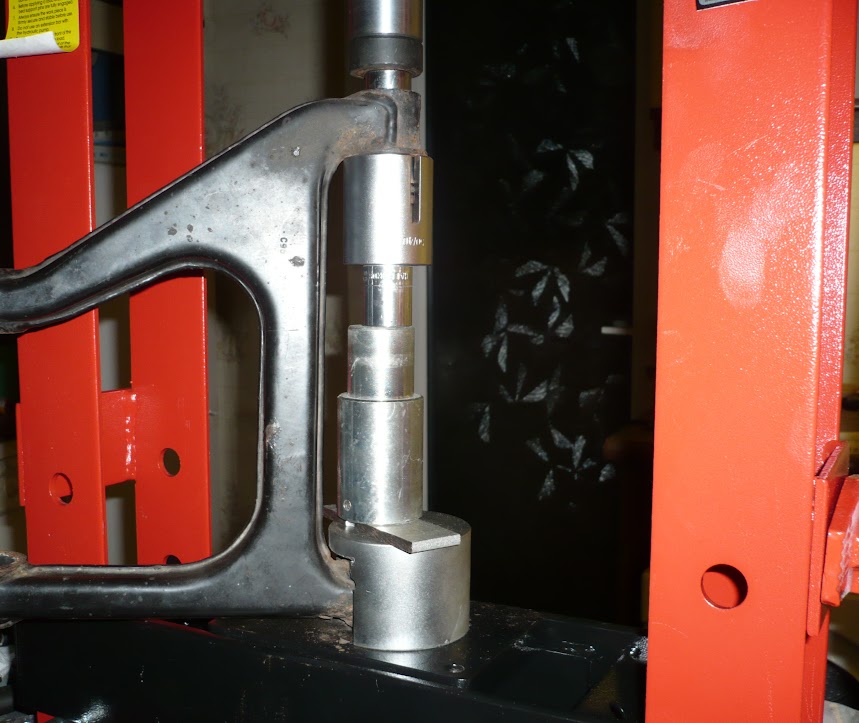 Here's a closeup of that bottom part of the picture. You can see that I've mad the bottom of the wishbone float completely so there's no pressure on it at all as it isn't touching the pressing plat. To achieve this I've had to cut a big slot in one of the sleeves buy this was a necessary evil: 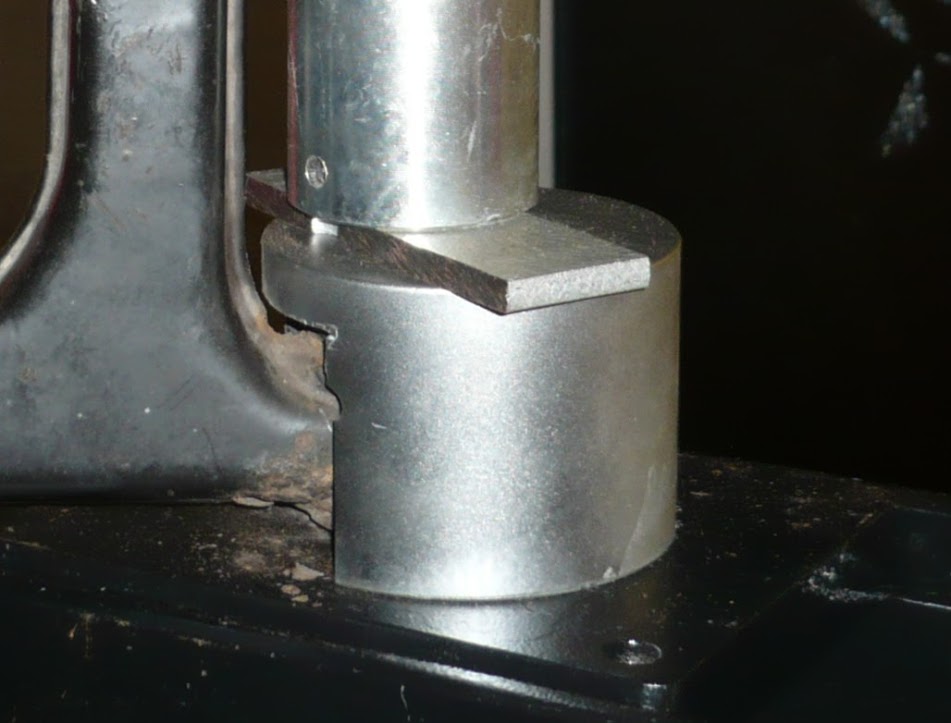 For those bushes that were stuck firm I had to put around 9 tons of pressure on them to get them out. That's tight !!  There's no way I would have got the job done without the press.