The rod goes through a hole in the chassis. I forgot this at first and wondered why it wouldn't line up until I realized my mistake! 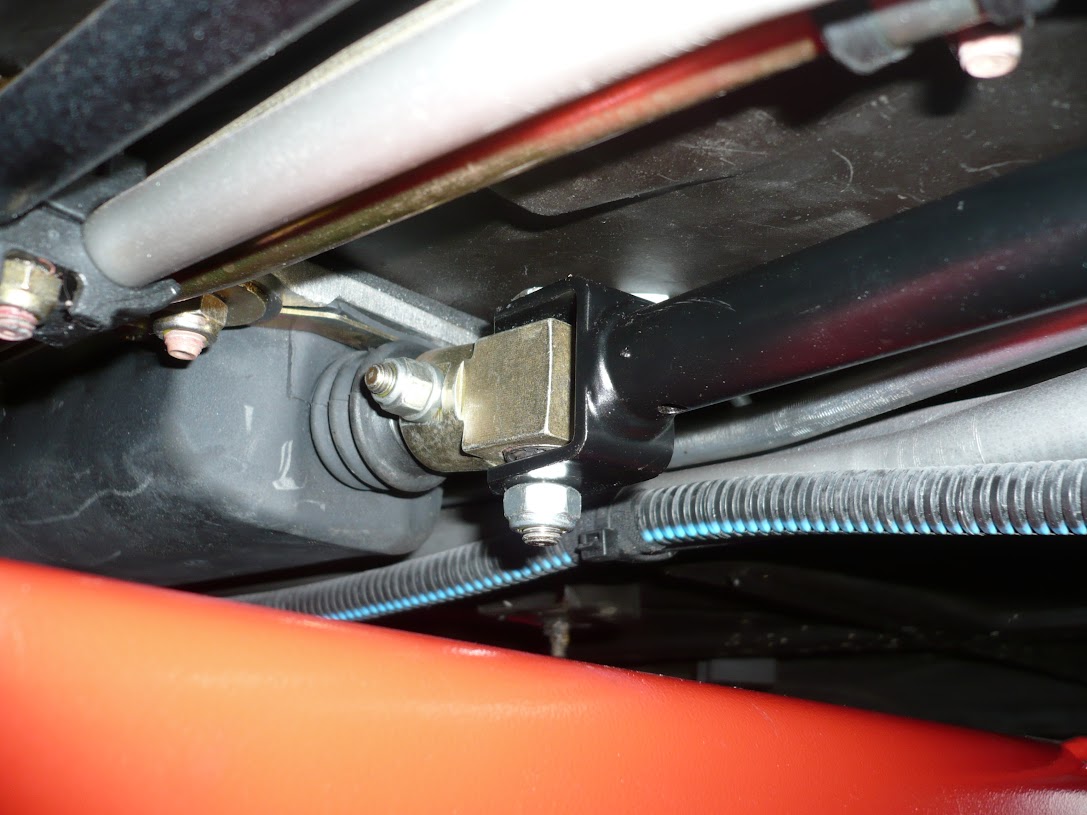 To stop the rod getting scratched while fitting I put a cardboard tube on it in the two places where it goes through holes. I just tore it off after the connections were made; 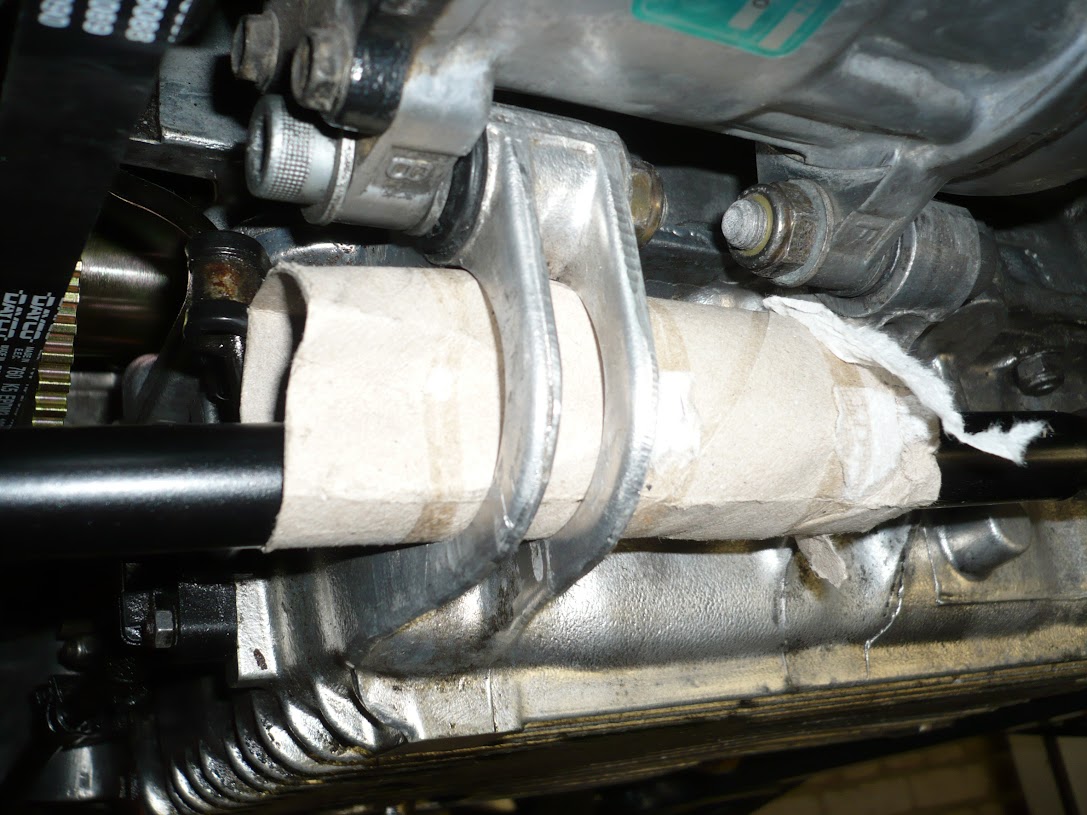 The other end is reconnected. You may just be able to see here that the hardware on the rebuilt block is all shiny and new. I replaced it alongside the other stuff but had to use a different kind of nut as I couldn't get exact matches. I think the originals were oval nuts for locking purposes -  nylock being no good here due to the heat I suppose. The replacements are the type with a slit in the top - called aerotight nuts. They do the same thing, it's just a different locking method. 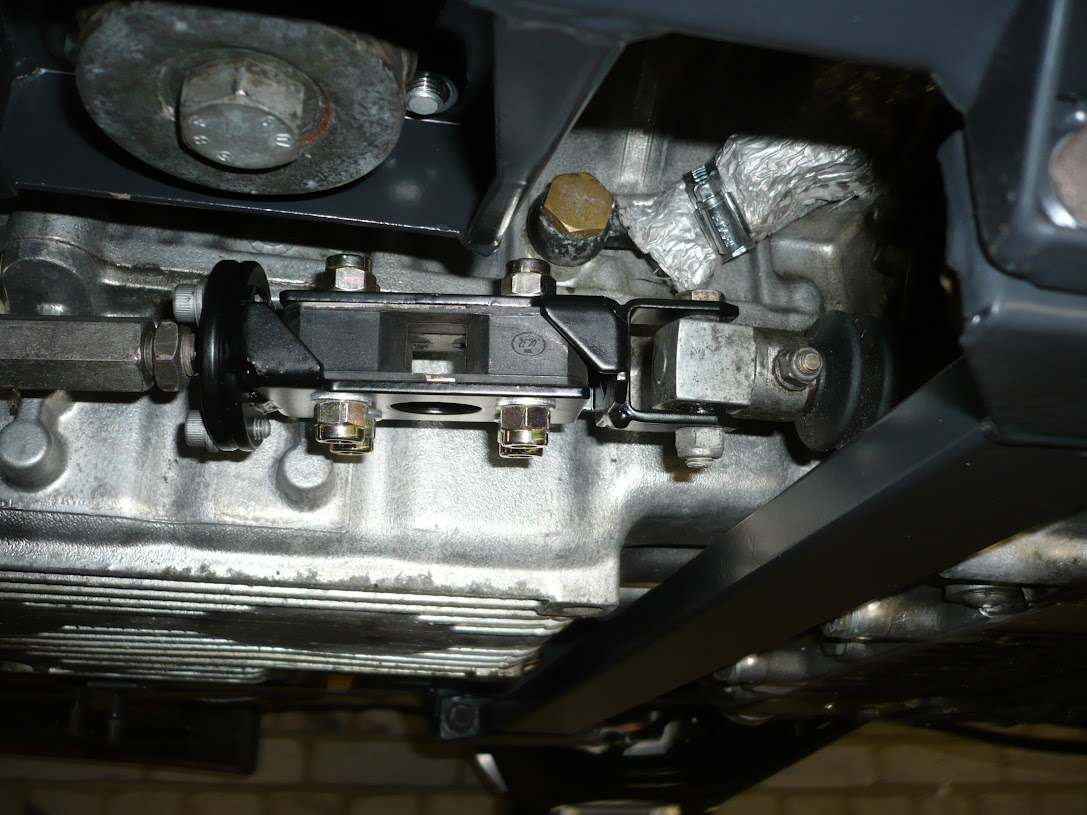 Actually here's a proper pic of the new hardware fitted.; 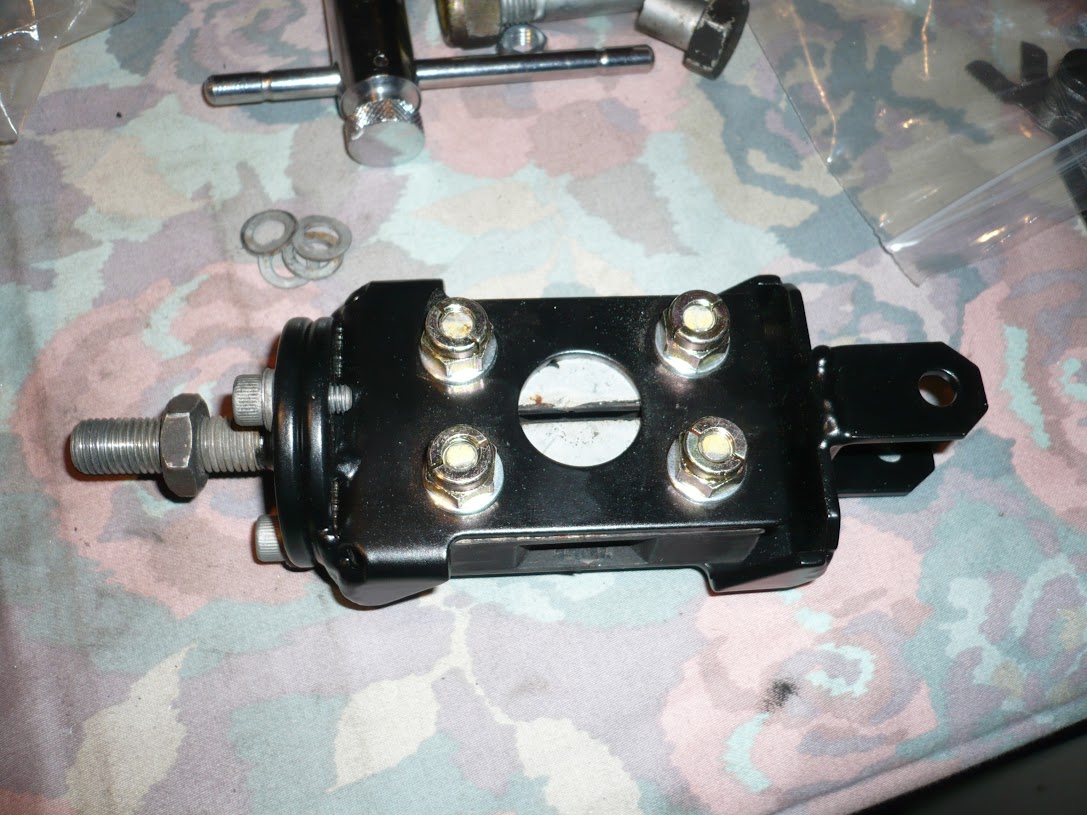 With that done, that's basically all of the reconnections covered and we're into filling with fluids before a restart.