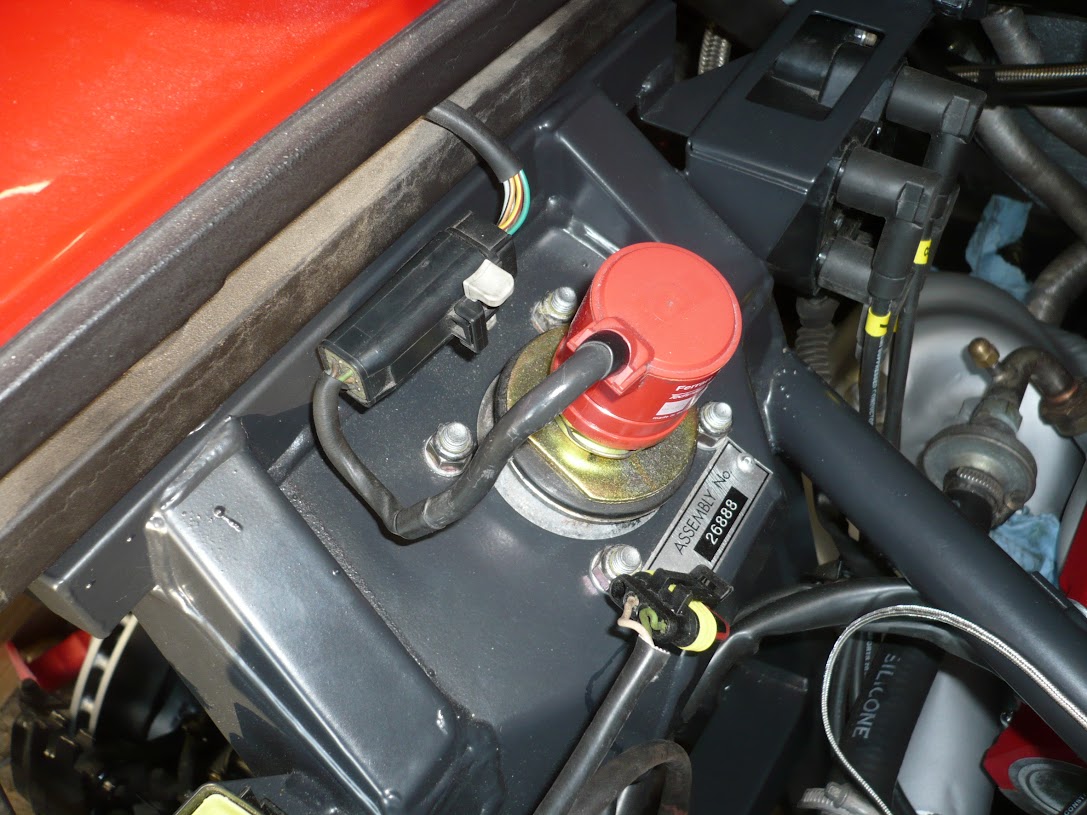 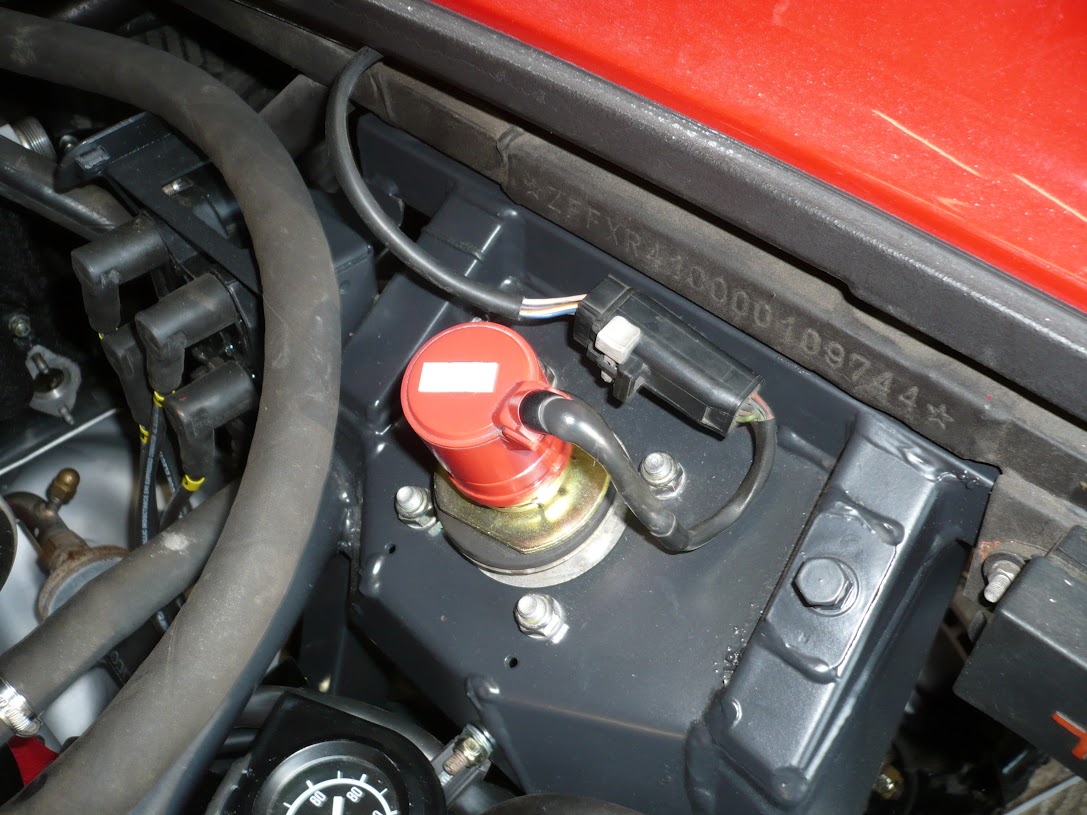 Battery connections re-established (the battery is still isolated using the switch in the front compartment); 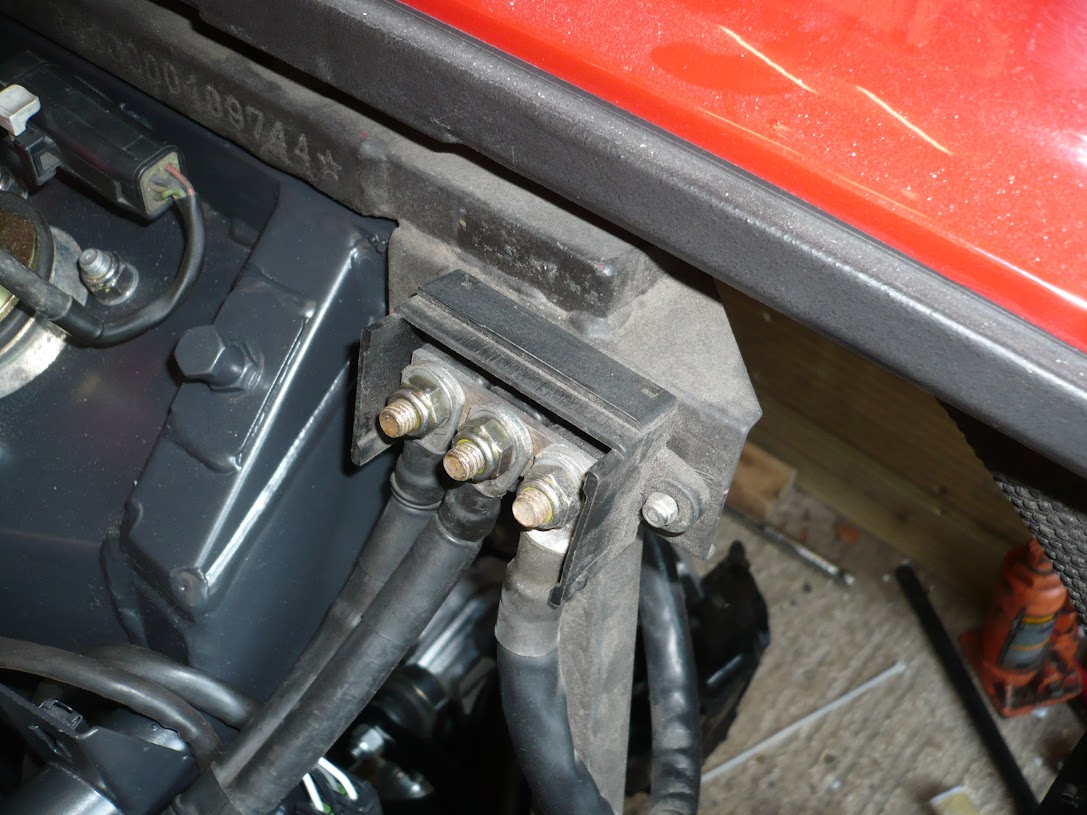 Cover on. Looks like I should have wiped a damp cloth over the chassis rails before putting the engine in. 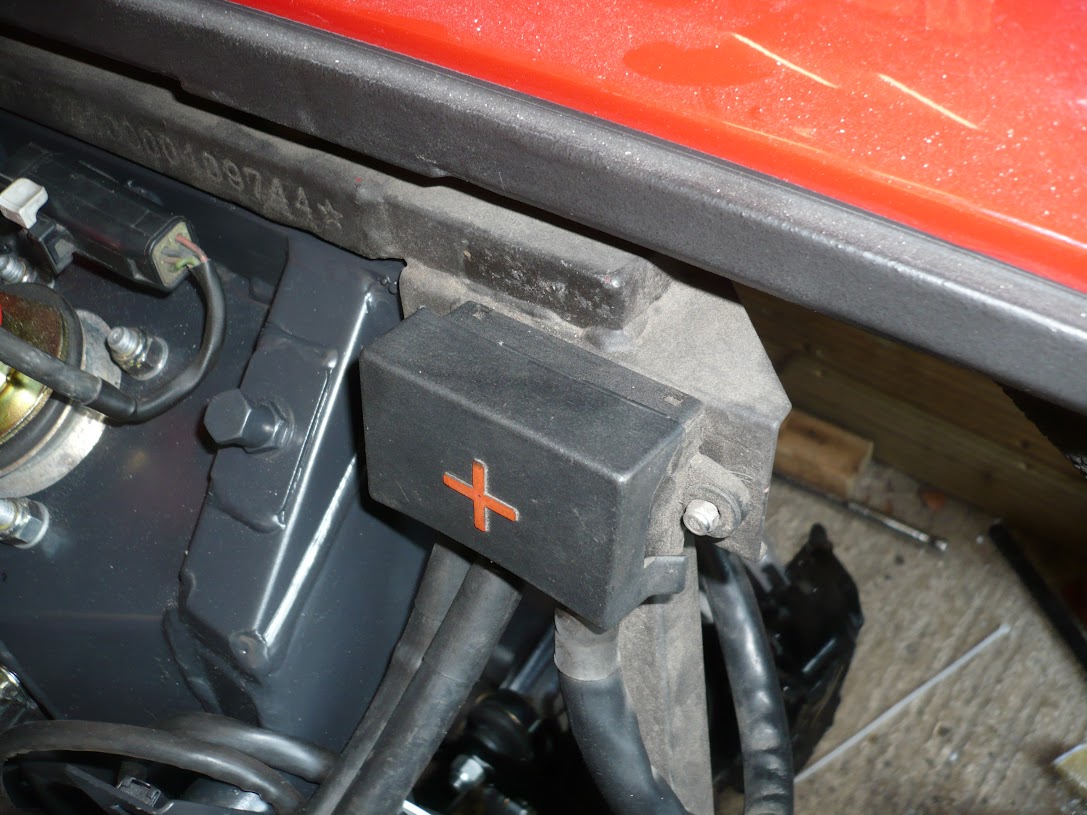 Coolant hoses reconnected. This is an awful job as it hurts your back leaning over to them, and access is poor; 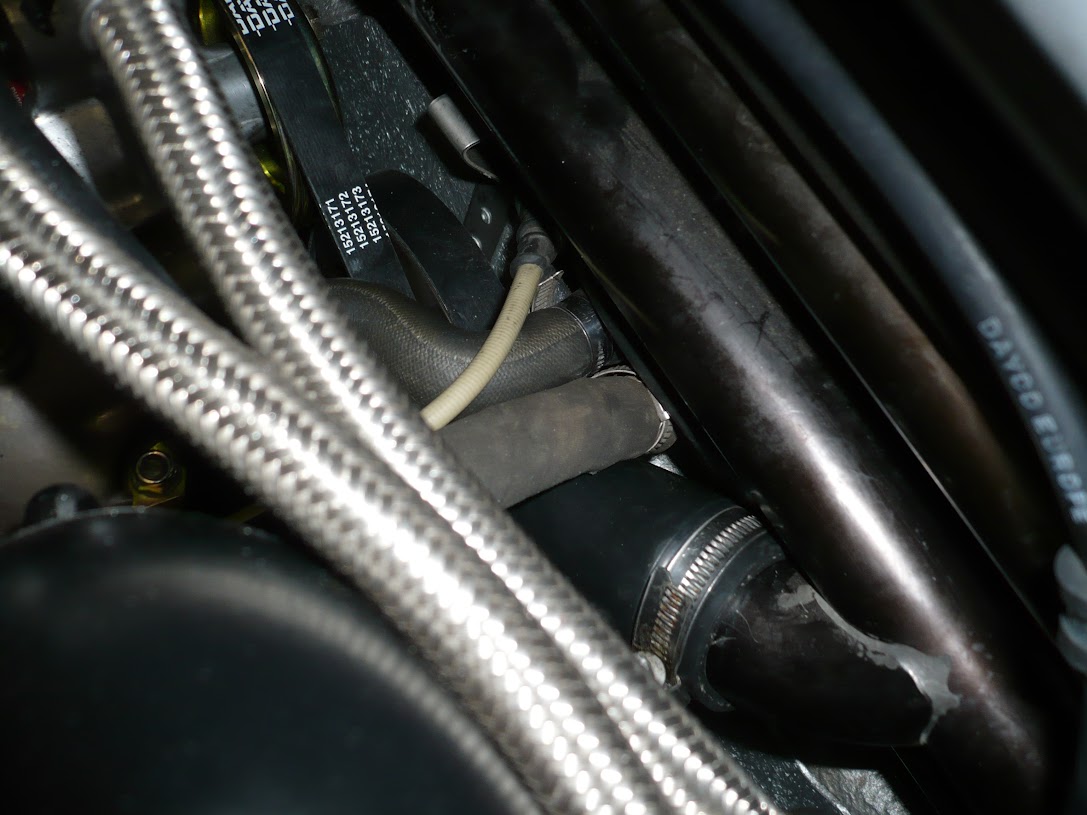 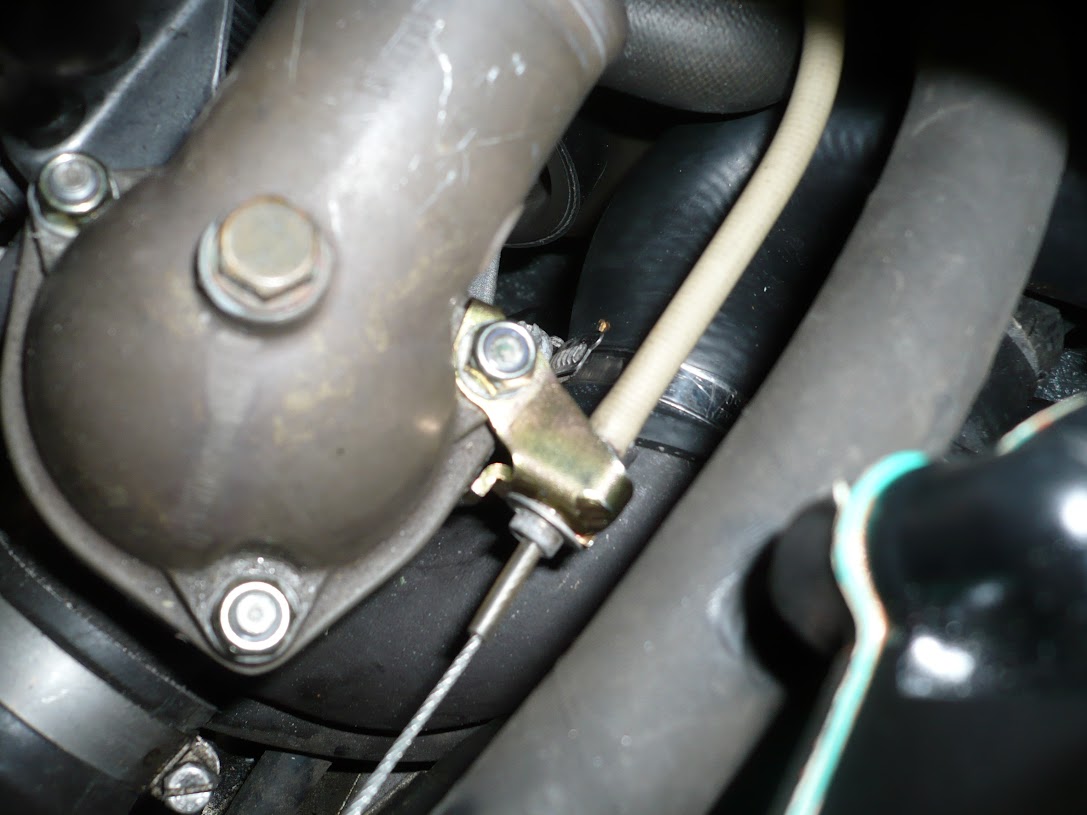 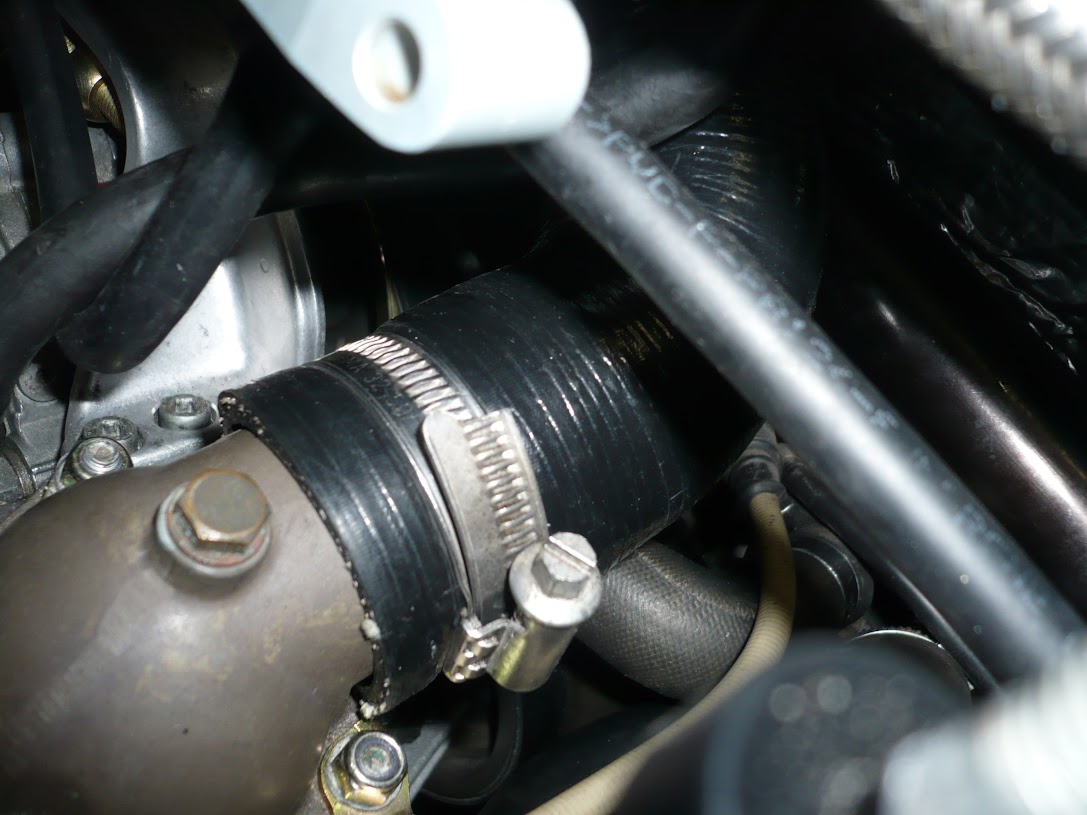 Aircon connections remade. I made sure to replace the o-rings with new ones (aircon-specific ones, which are usually green); 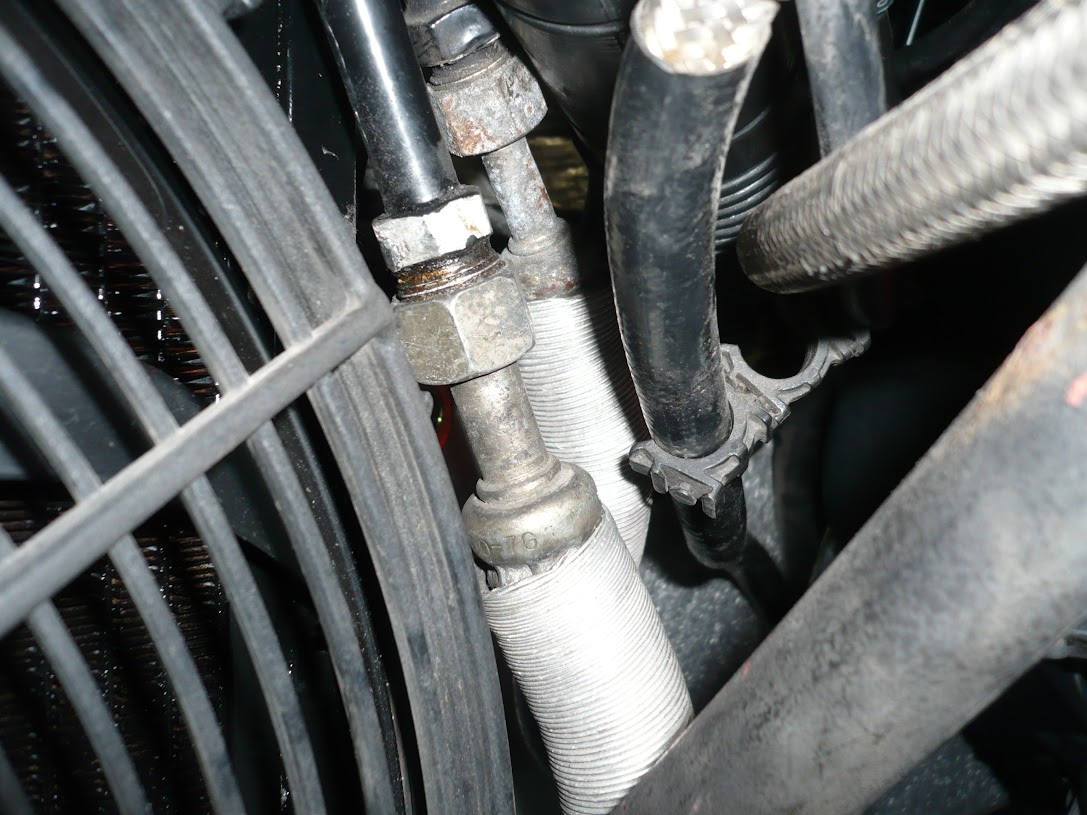 This is the pipe I had to cut because the fitting had been cross threaded by someone at some point in its life. I looked around to get it remade but couldn't seem to find someone who could do it, so in the end I bought a used one from eBay. It came all the way from Australia. 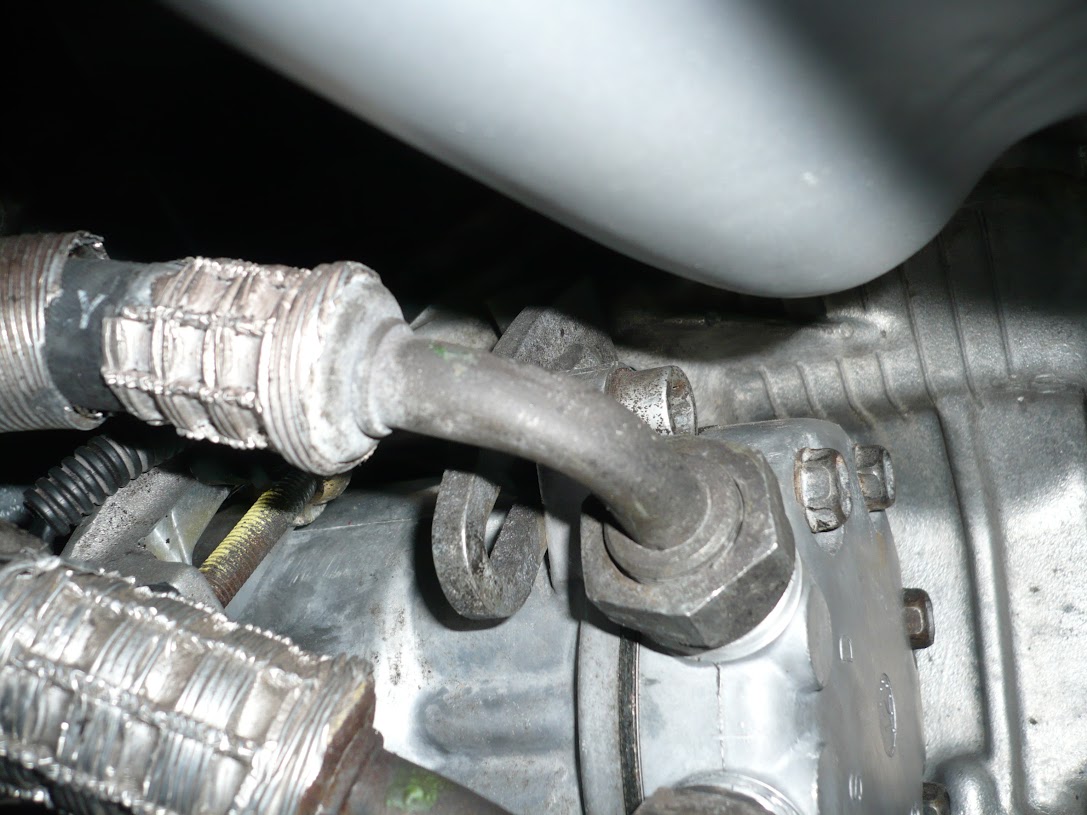 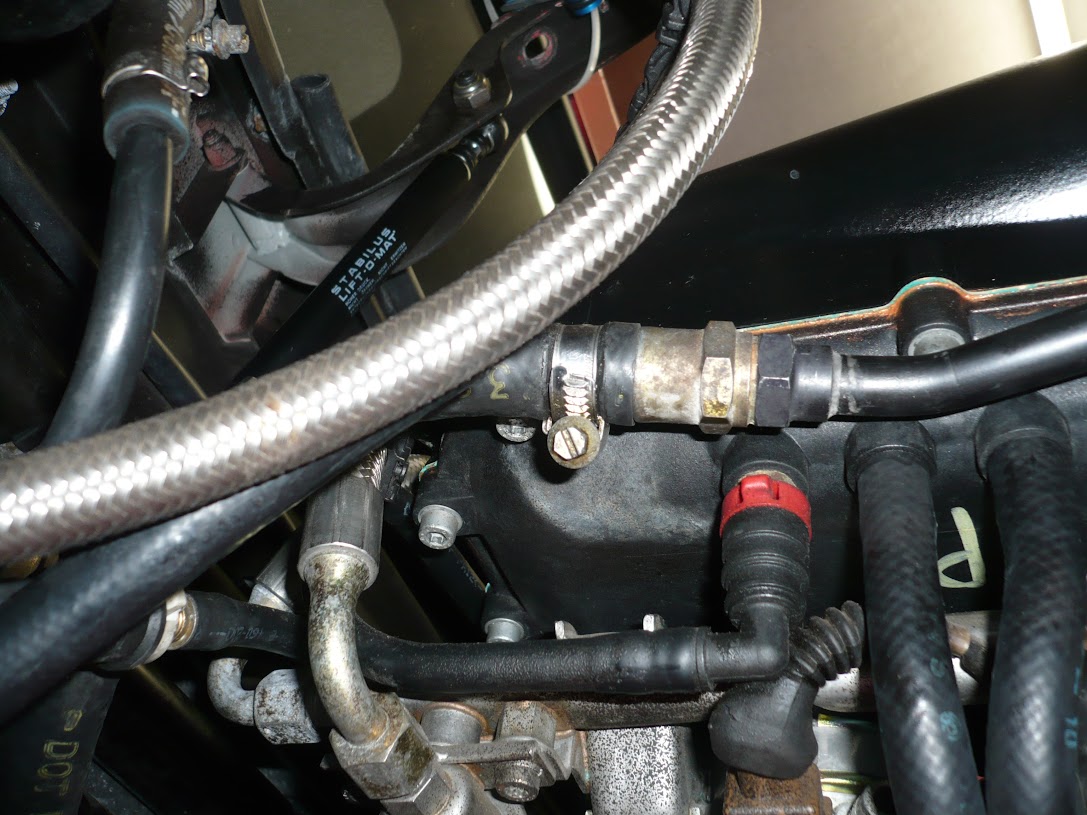 Throttle cable is back on the quadrant, and the PAS header tank is refitted. The PAS connections were re-attached back to the bulkhead around the same time as the coolant pipes; 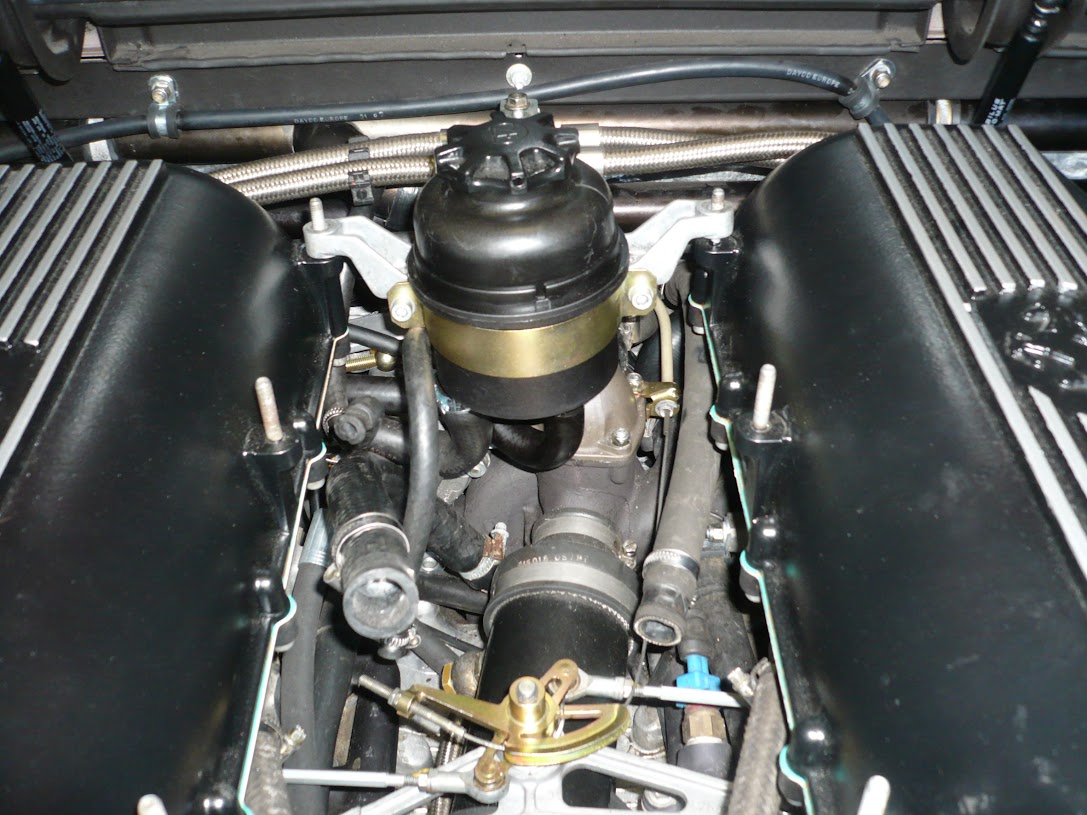 Brake and clutch connections reattached on the left hand side; 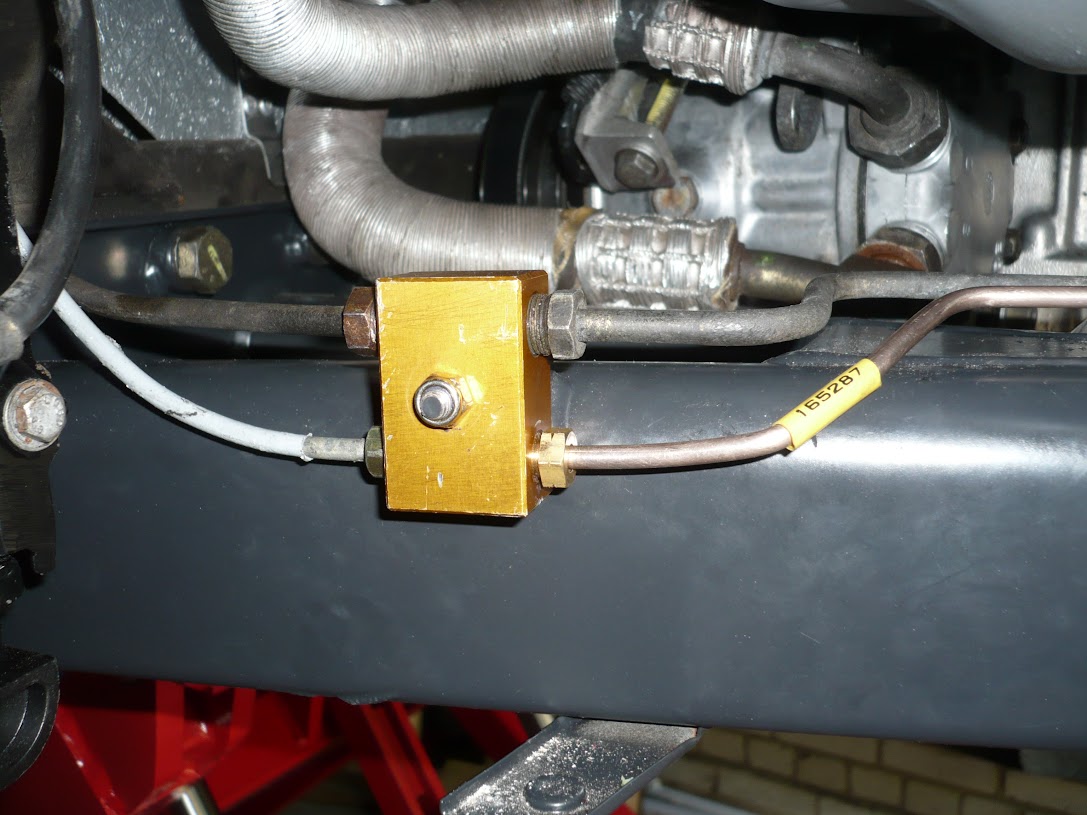 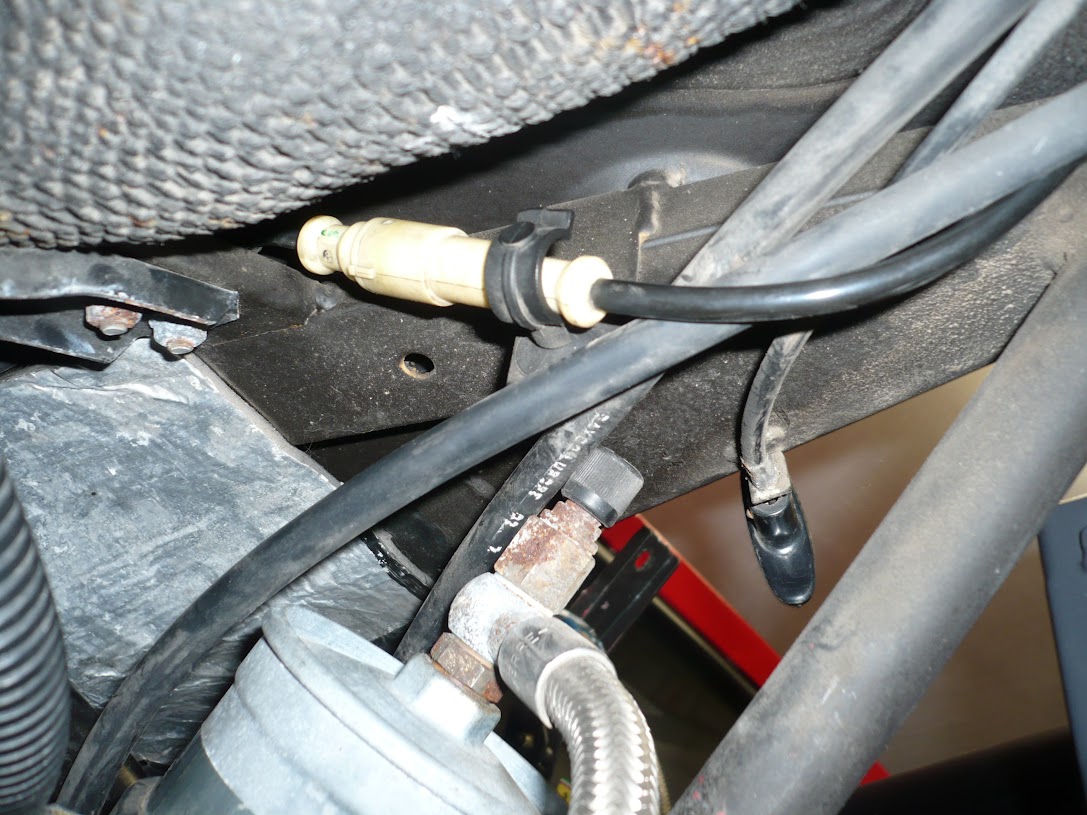 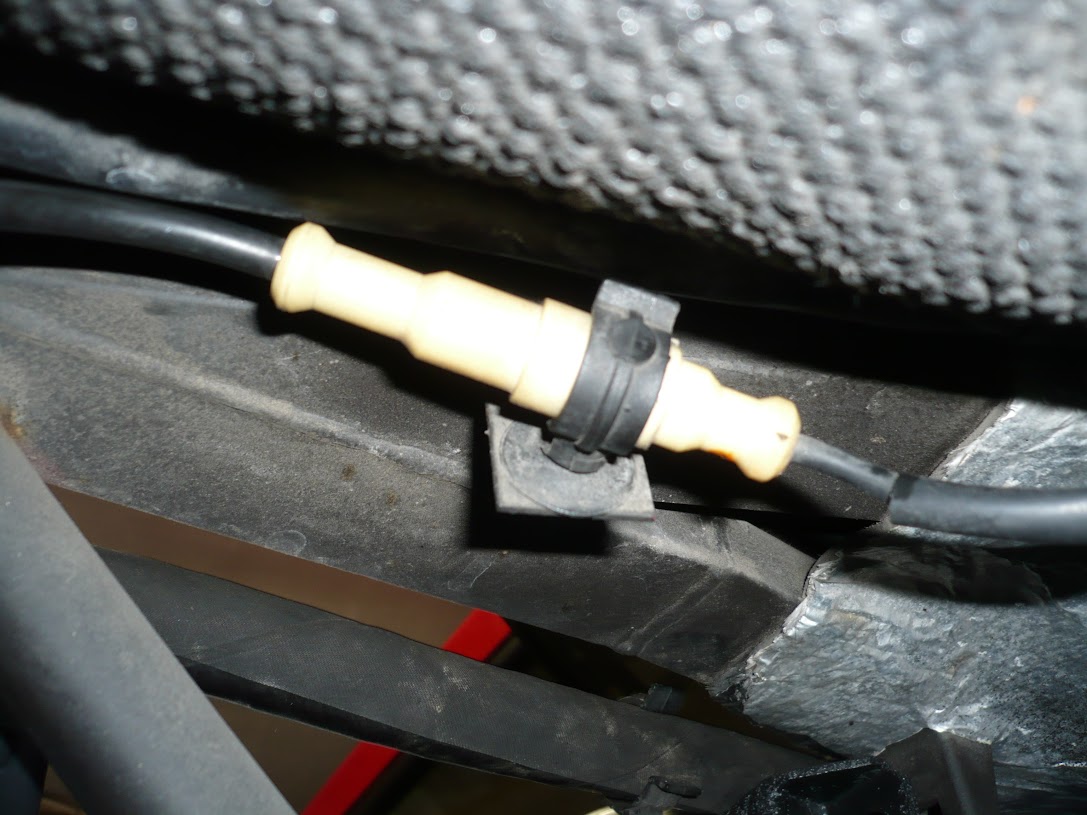 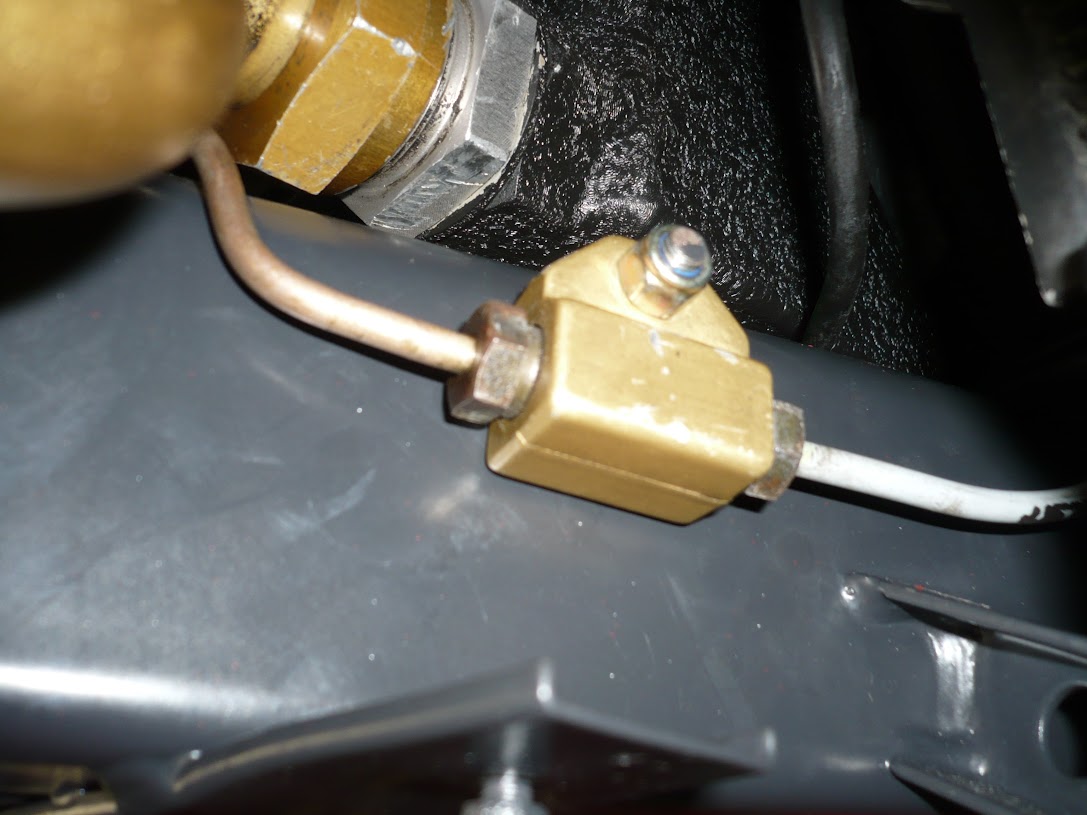 Handbrake cable reconnected. It will be adjusted later; 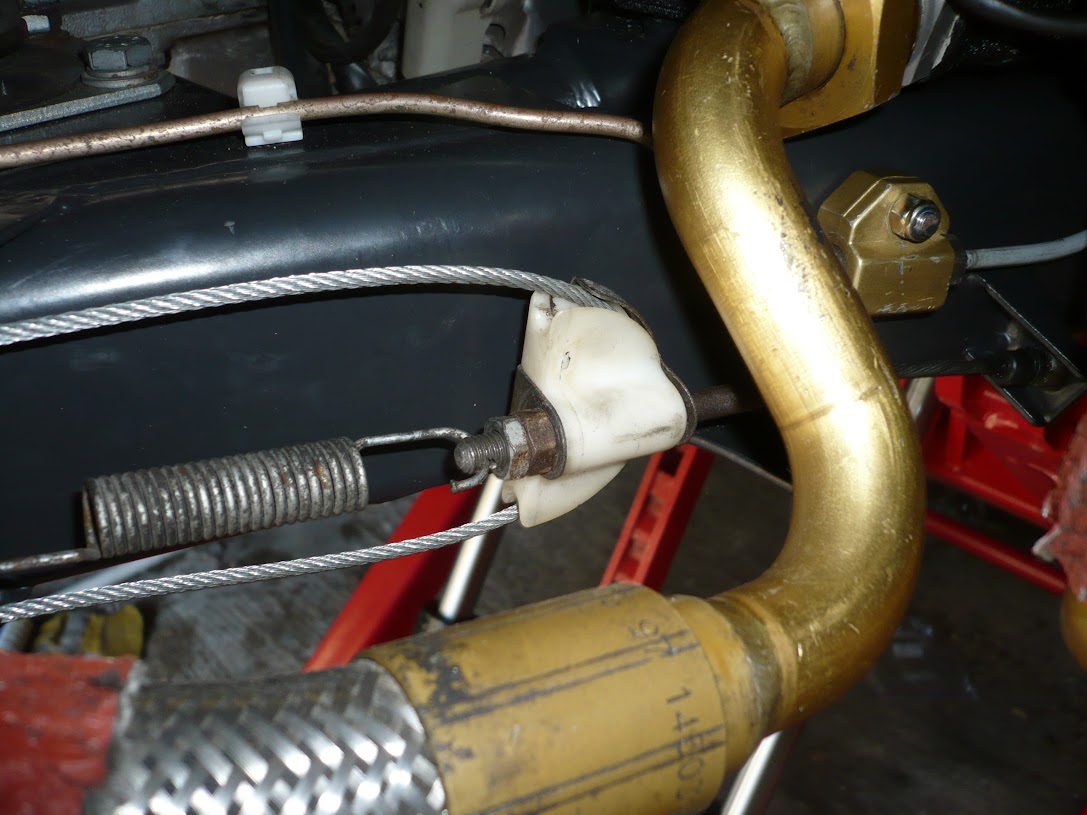 Oil tank bolted back in place; 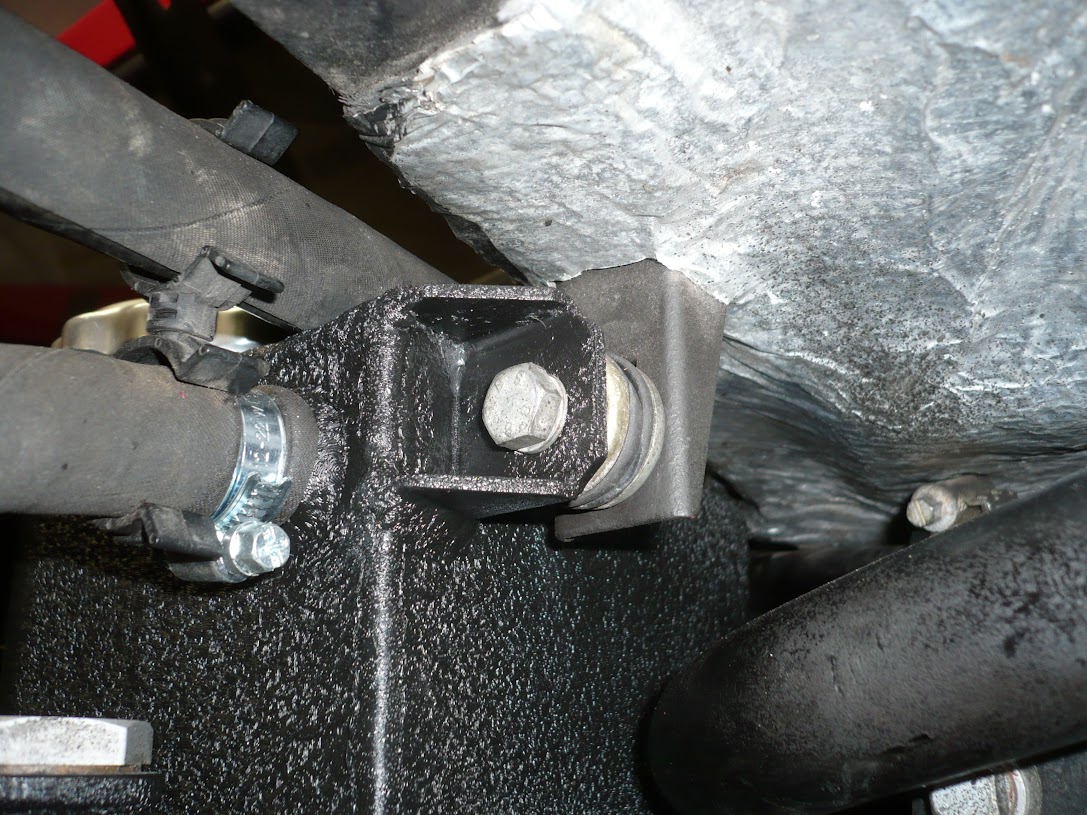 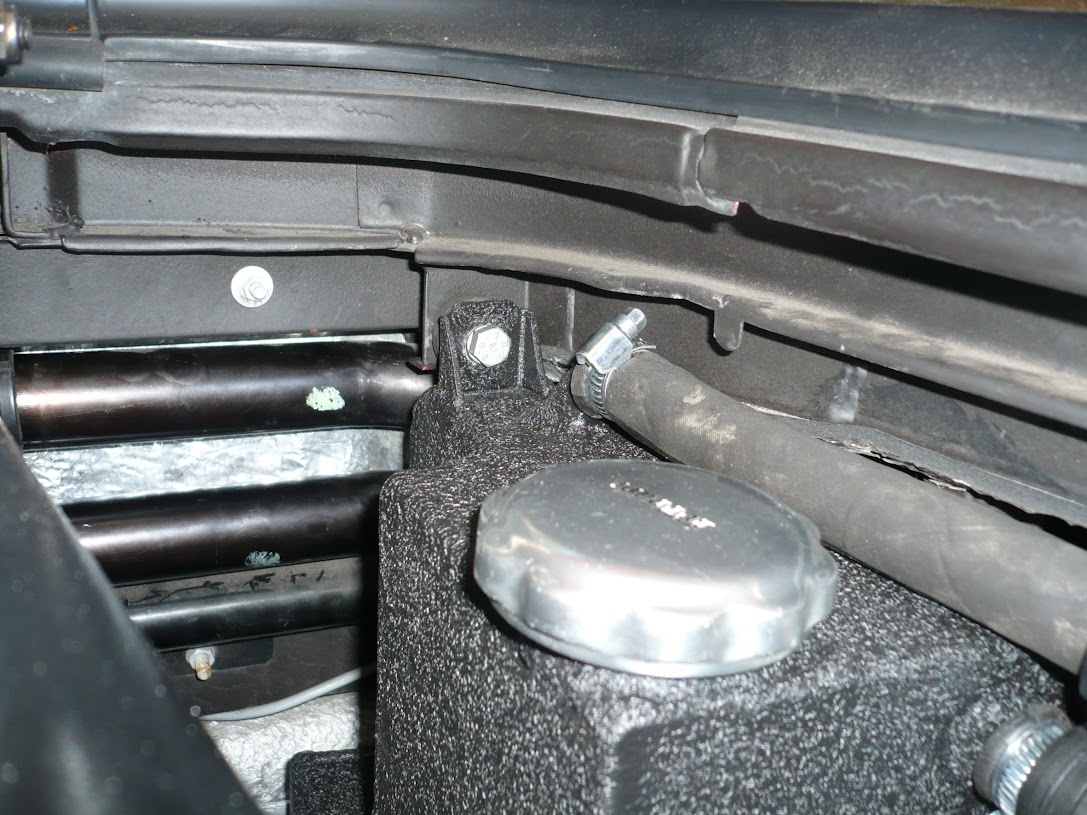 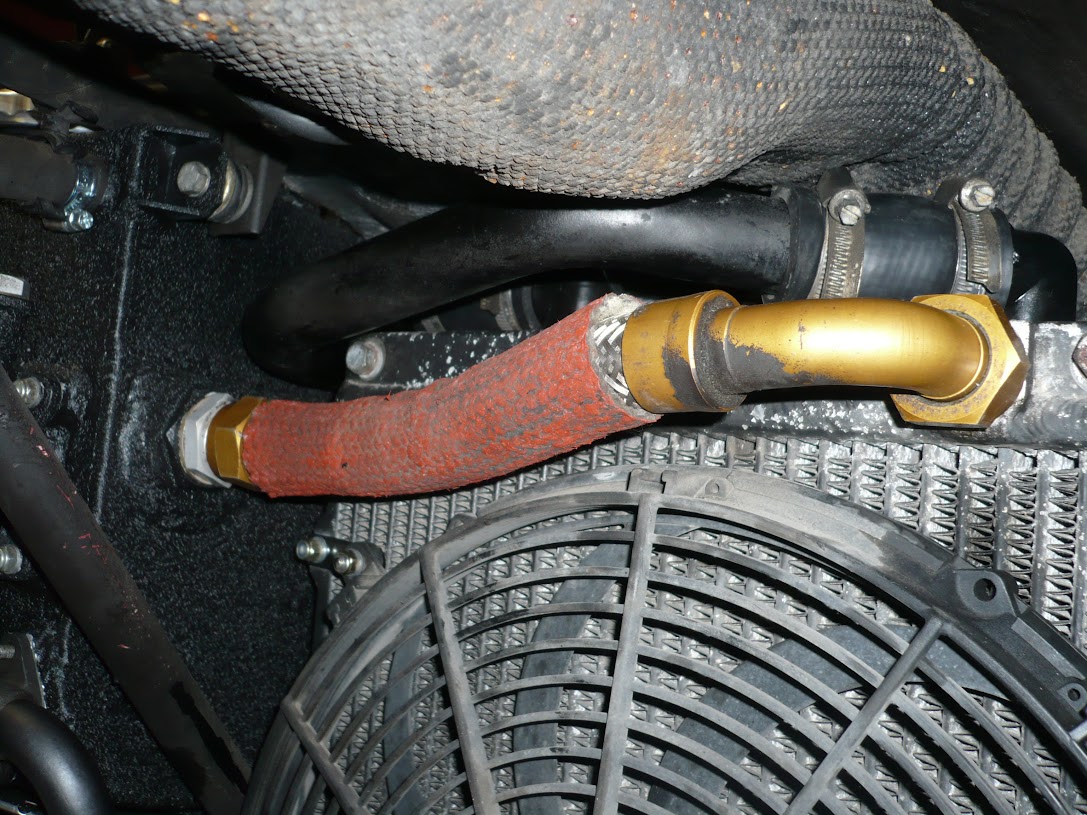 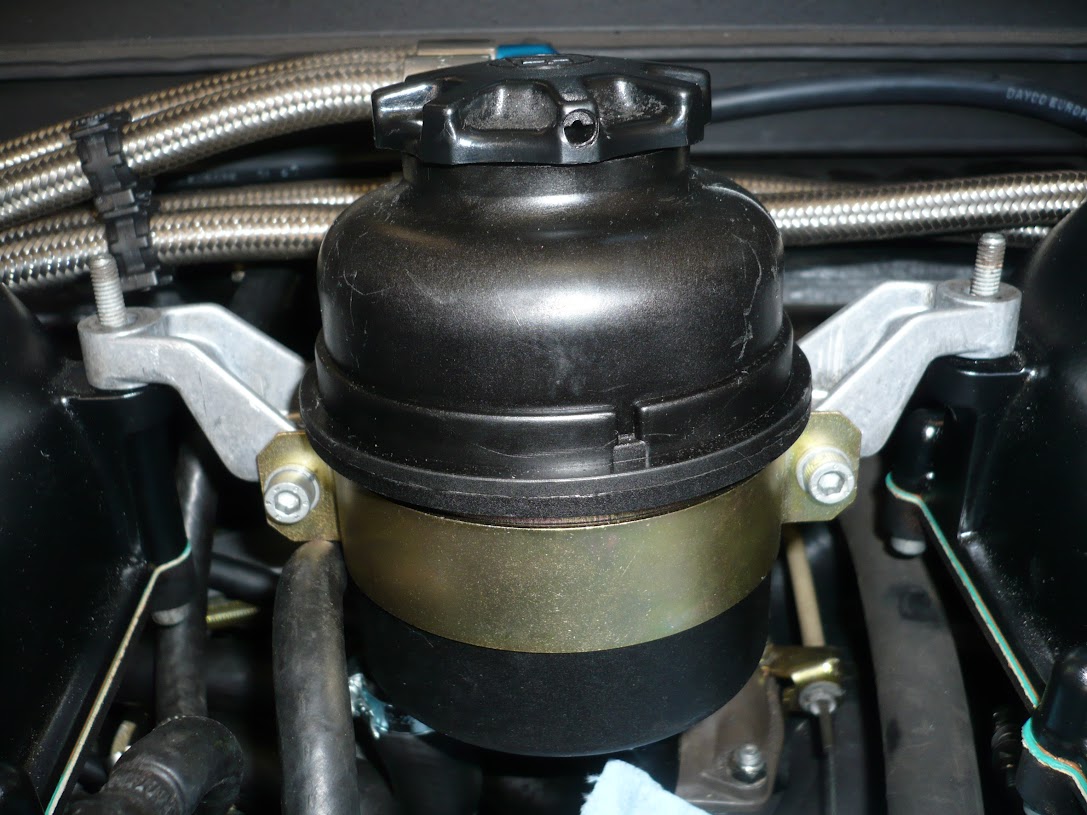 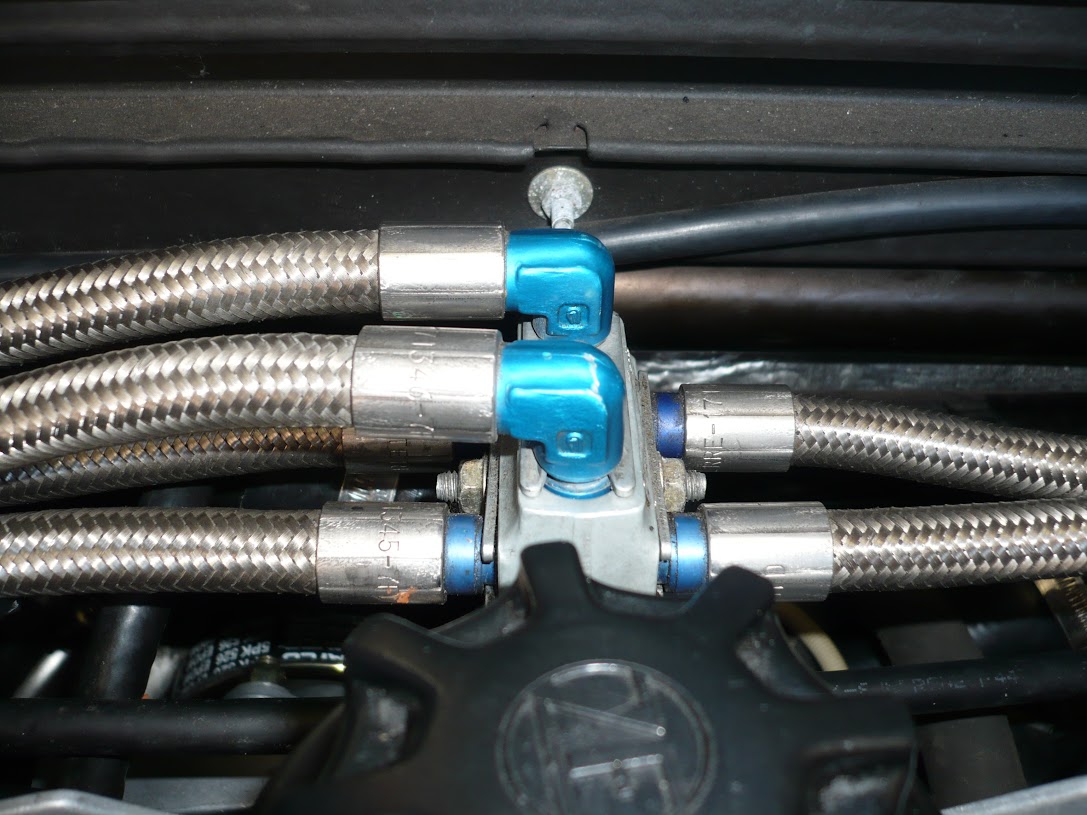 Coolant header tank refitted. I spent a good amount of time rinsing this out as there was still some grit in it from the blasting done at the powder coaters; 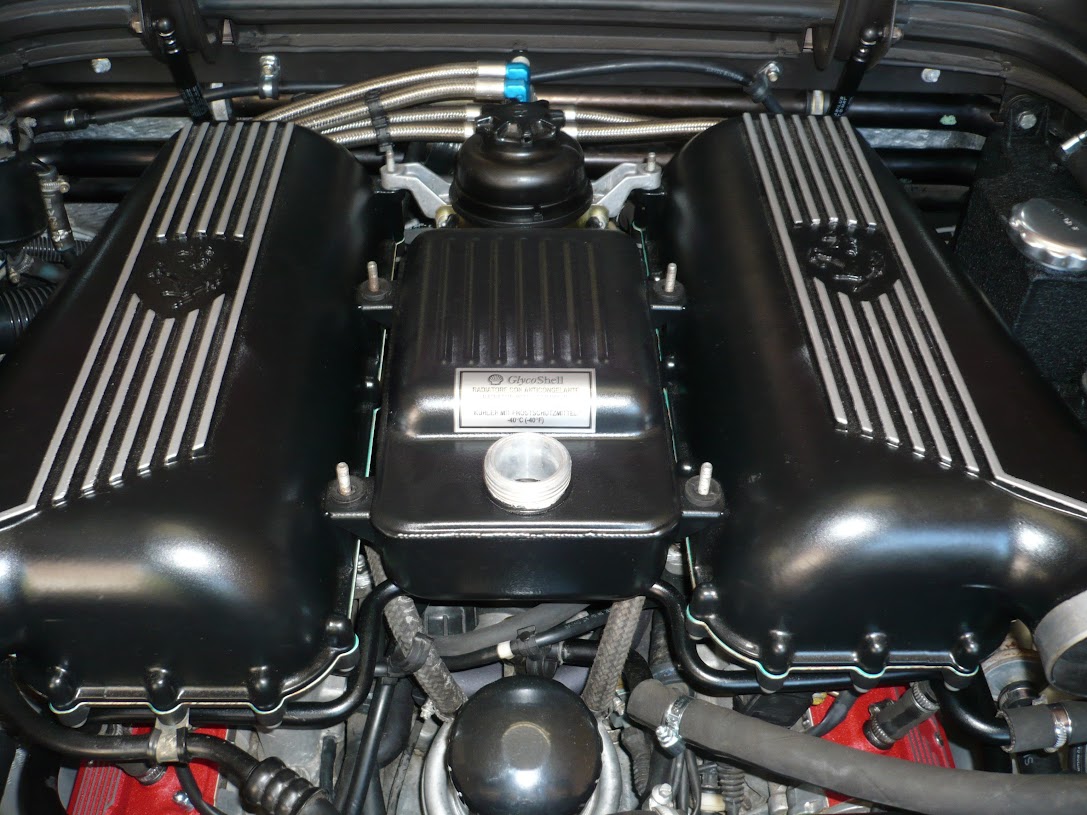 Bypass valve reinstalled, and the exhaust sections all tightened up; 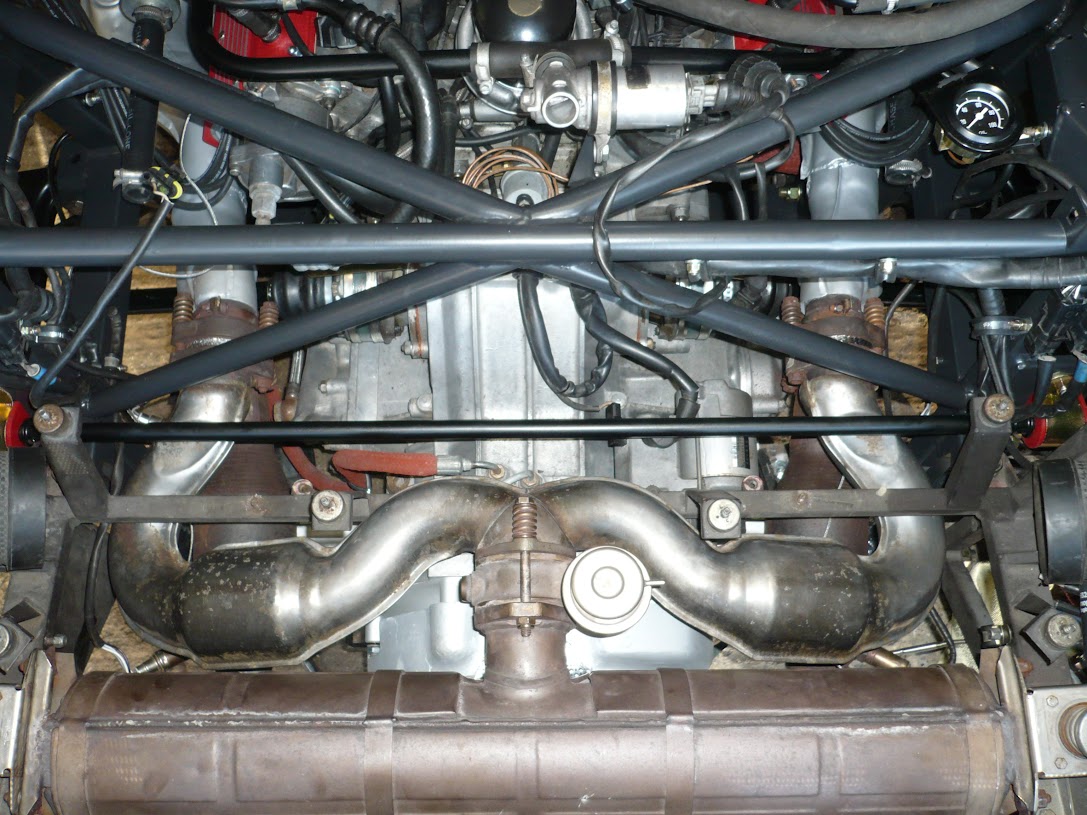 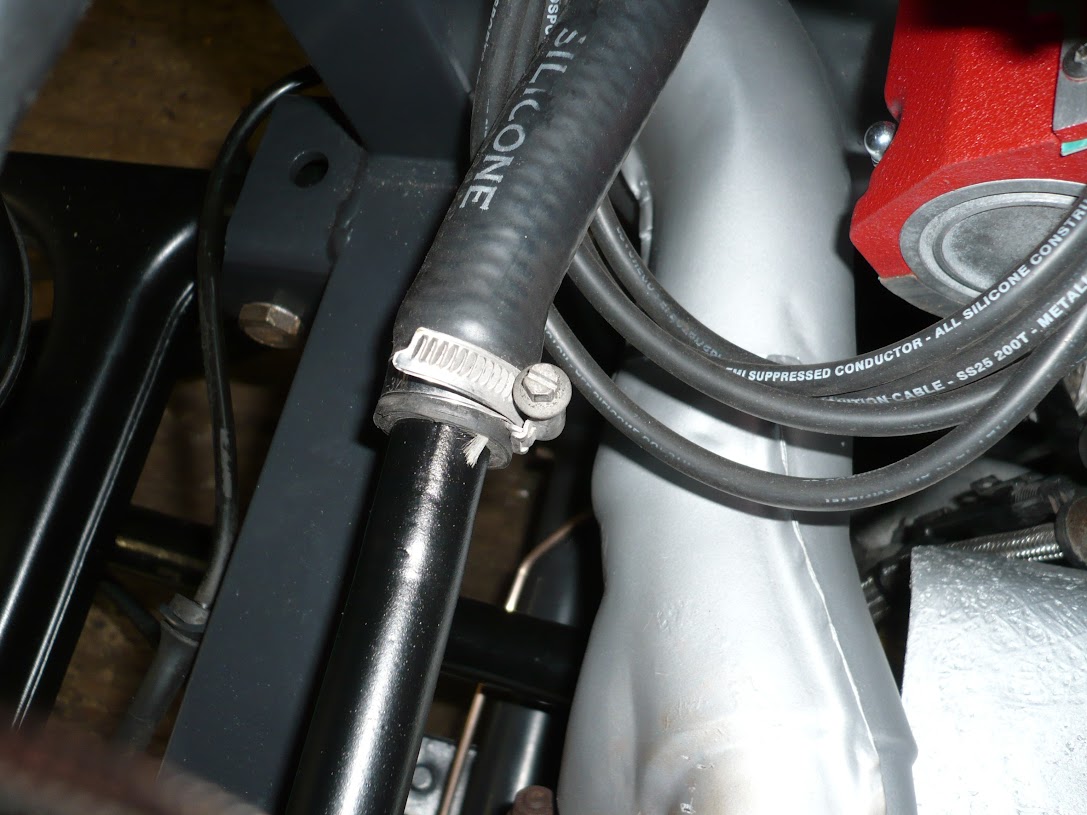 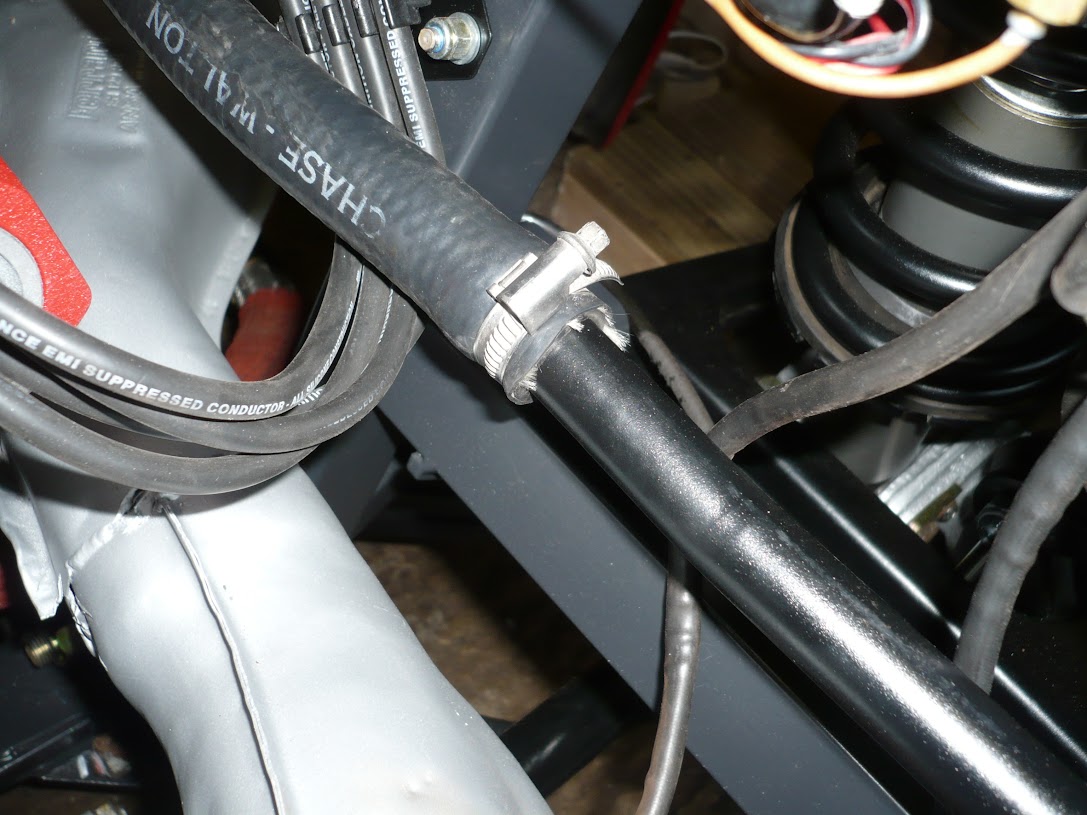 Header tank surround refitted. Looks a bit grey, partly because of the camera flash but partly because it's just old plastic. I'm not sure whether I could paint it or not to make it look better (and redo the silver lines again of course). Plasticote might work maybe? Something to think about at a later date; 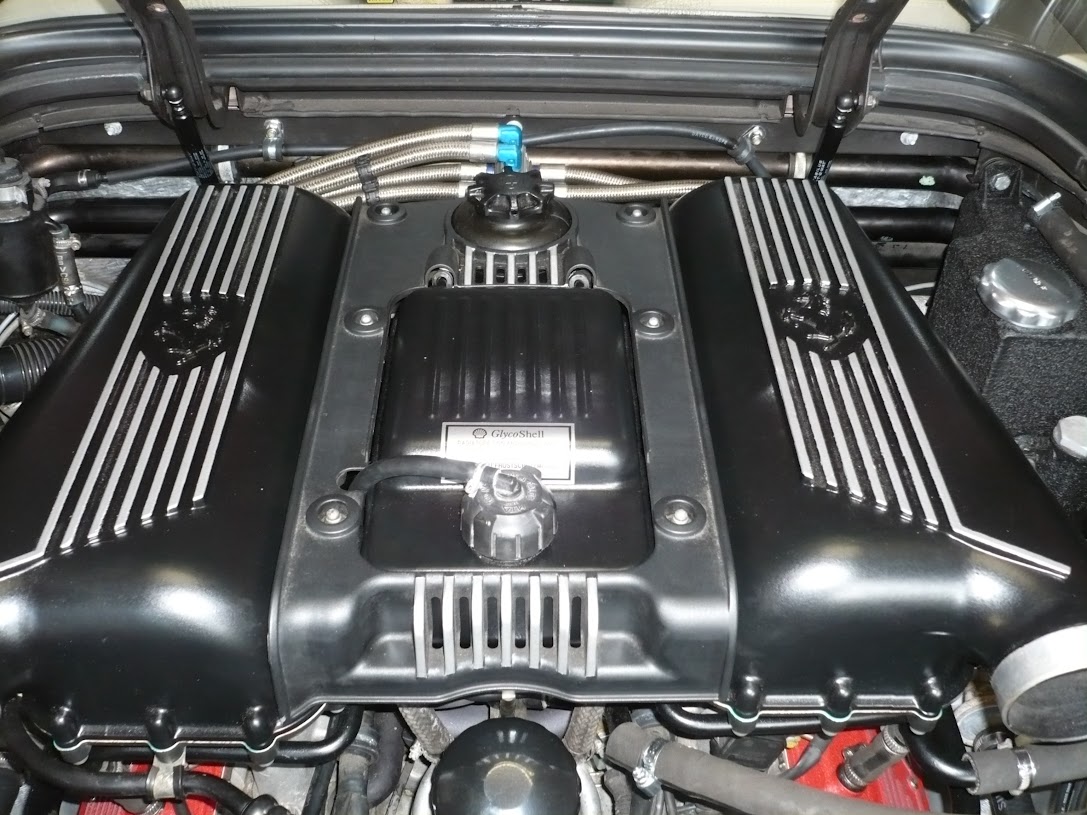 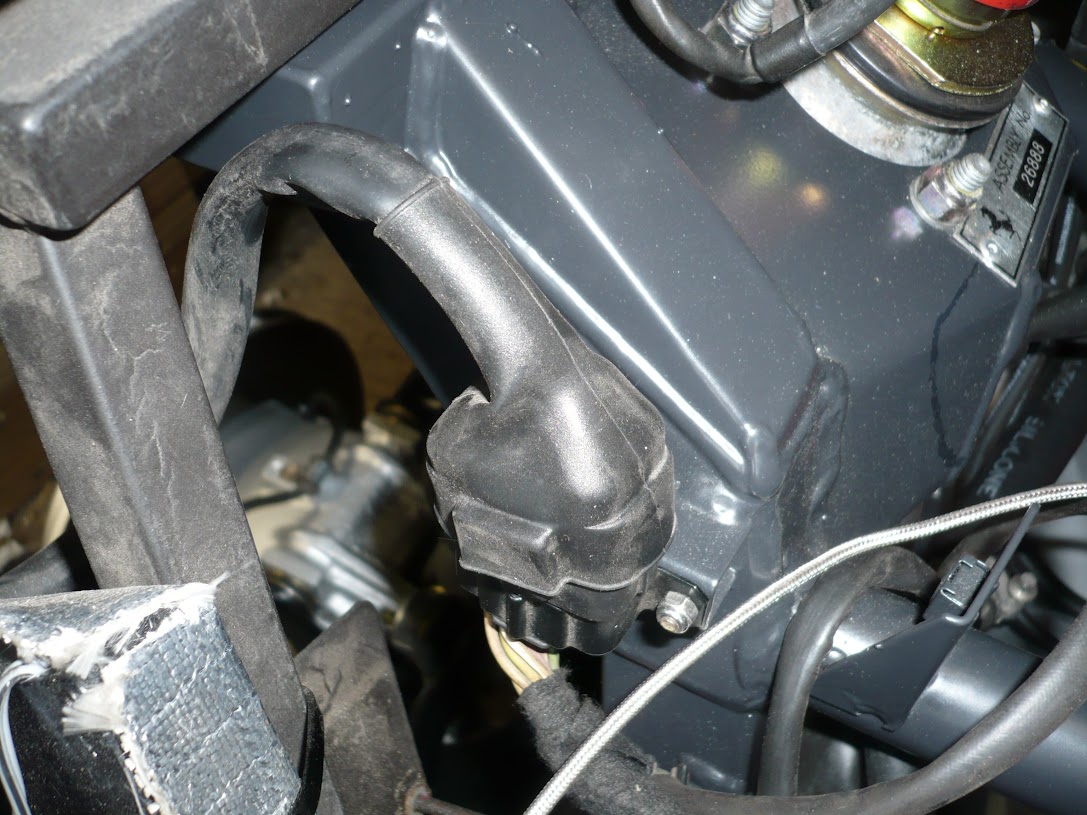