The air injection pump and the vacuum tank sit at the back of the engine bay on the right hand side. They are used for two separate systems but both are controlled by solenoids and both have air pipes to them, and they are interconnected which is what causes some confusion over how the exhaust bypass valve works.

I will explain the systems shortly, but first here's where the panel is mounted; 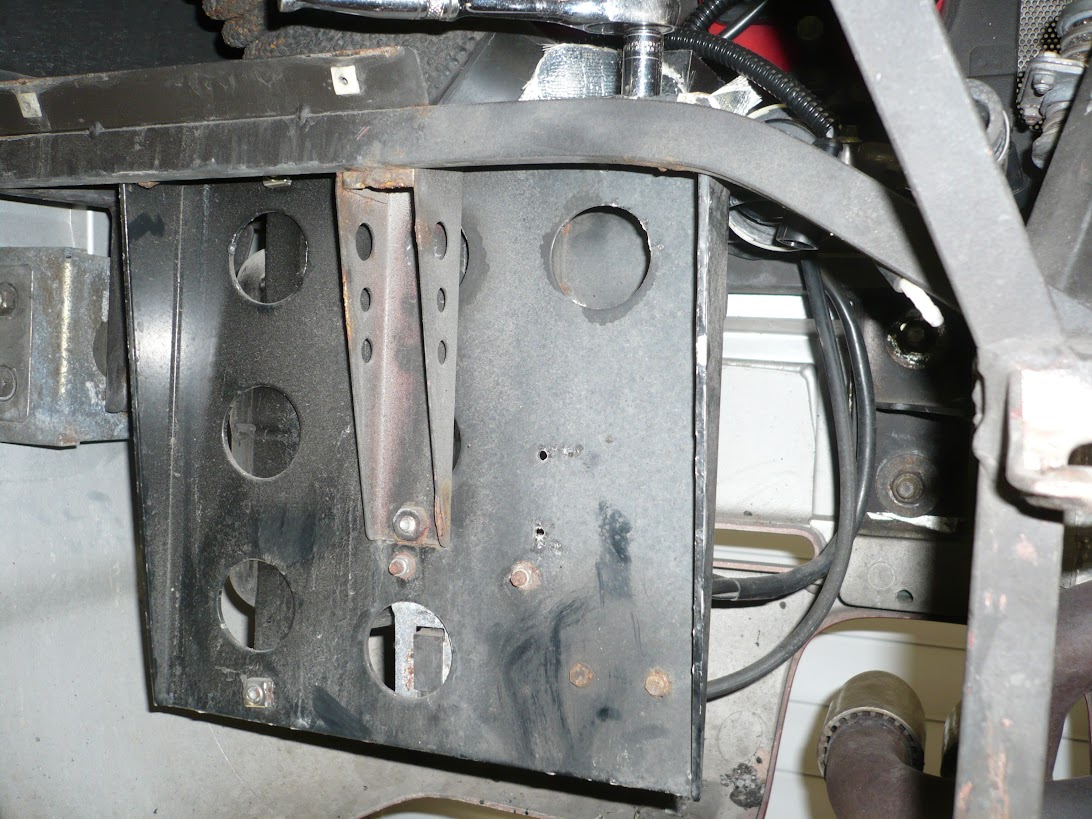 As you can see, the panel is bolted onto the chassis with the various components facing the rear of the car (the tail pipe is at the bottom of the picture - rear bumper still on the car. If you disconnect the various tubes that join to it (done in my case before the engine was dropped) then the whole panel can be unbolted and removed from the car fully assembled.; 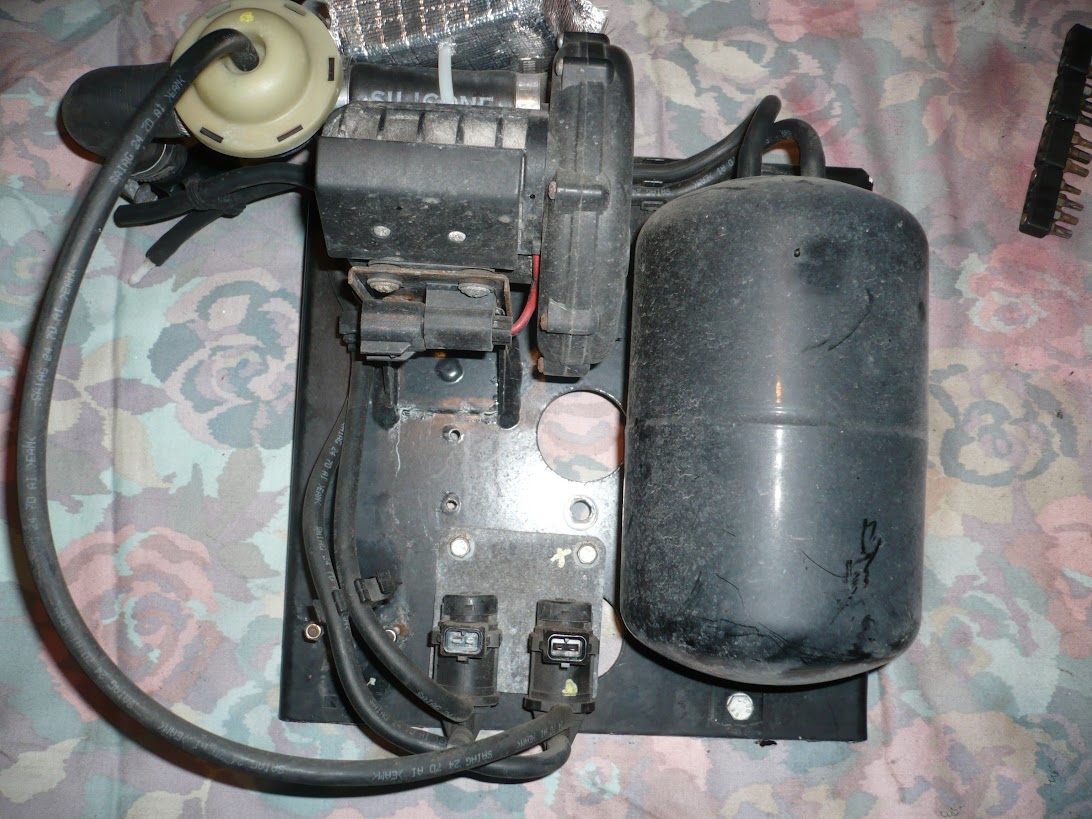 On the right is the vacuum tank. This is the later design with the domed tops. Earlier designs had a habit of rusting away as water would sit on the flat top and gradually work its way under the paint and cause corrosion.

This is used at startup to aid emissions control from cold start. When the ECU detects a condition which requires air injection, it operates the solenoid which opens a pathway between the vacuum canister and the white valve at the top left. This vacuum causes the valve to open which provides a clear path for air to flow from the air injection pump (situated to the right of the valve) to the air injection rails on the headers. At the same time as operating the solenoid the ECU switches on the air pump. The pump is the whistling you hear when cold starting a 355.

The exhaust bypass valve is opened at certain revs by the ECU. The opening point is gear dependent. The bypass valve is another vacuum based valve, so when the ECU decides that the valve should be opened it operates the left hand solenoid. This opens a path from the vacuum canister directly to the bypass valve and thus causes the valve to open.

I took loads of photos of the position of everything because I particularly wanted to make sure that all the tubes were replaced correctly. If I had got any of these wrong then the systems might end up swapped over - imagine the ECU opening the bypass valve when trying to operate the air injection system!

First I removed the vacuum tank; 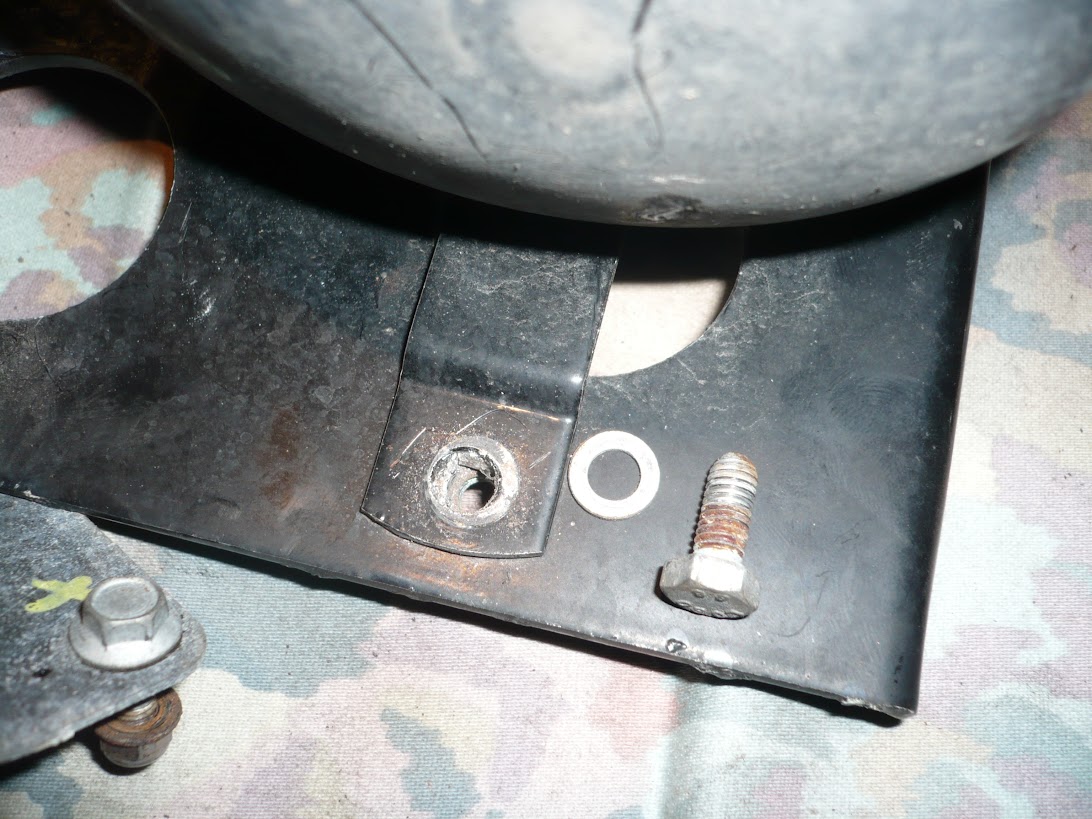 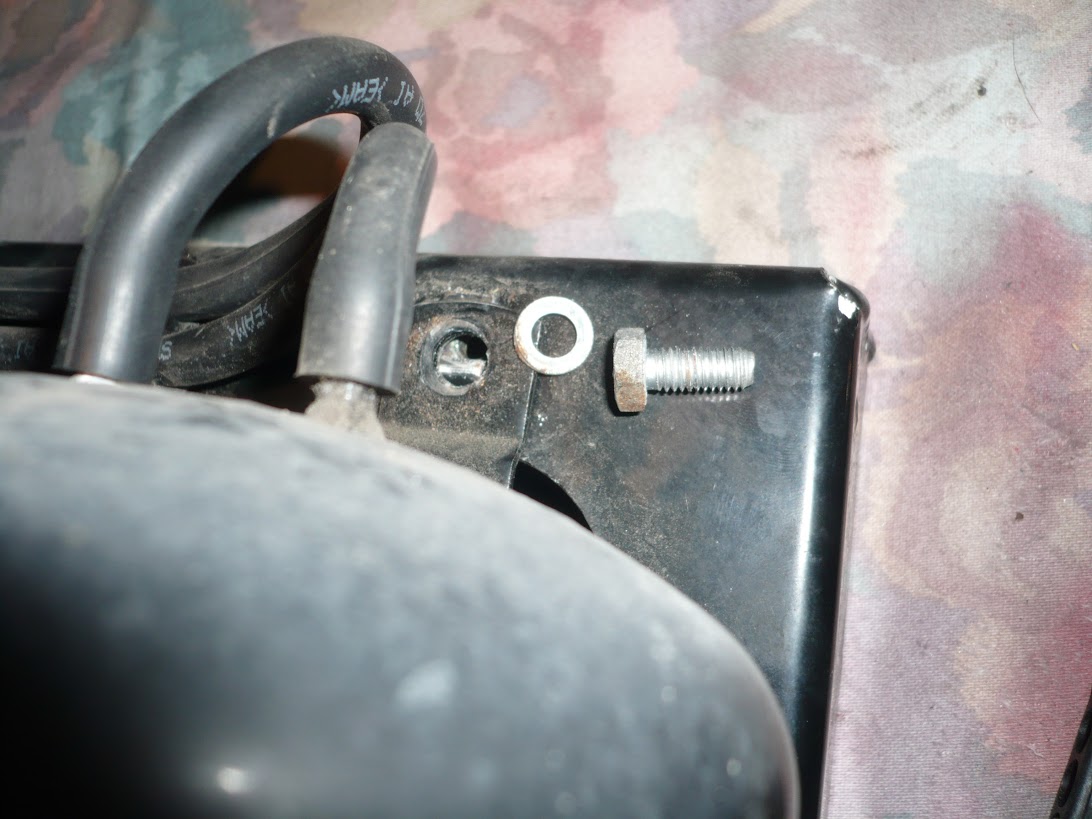 Then I removed the air injection pump; 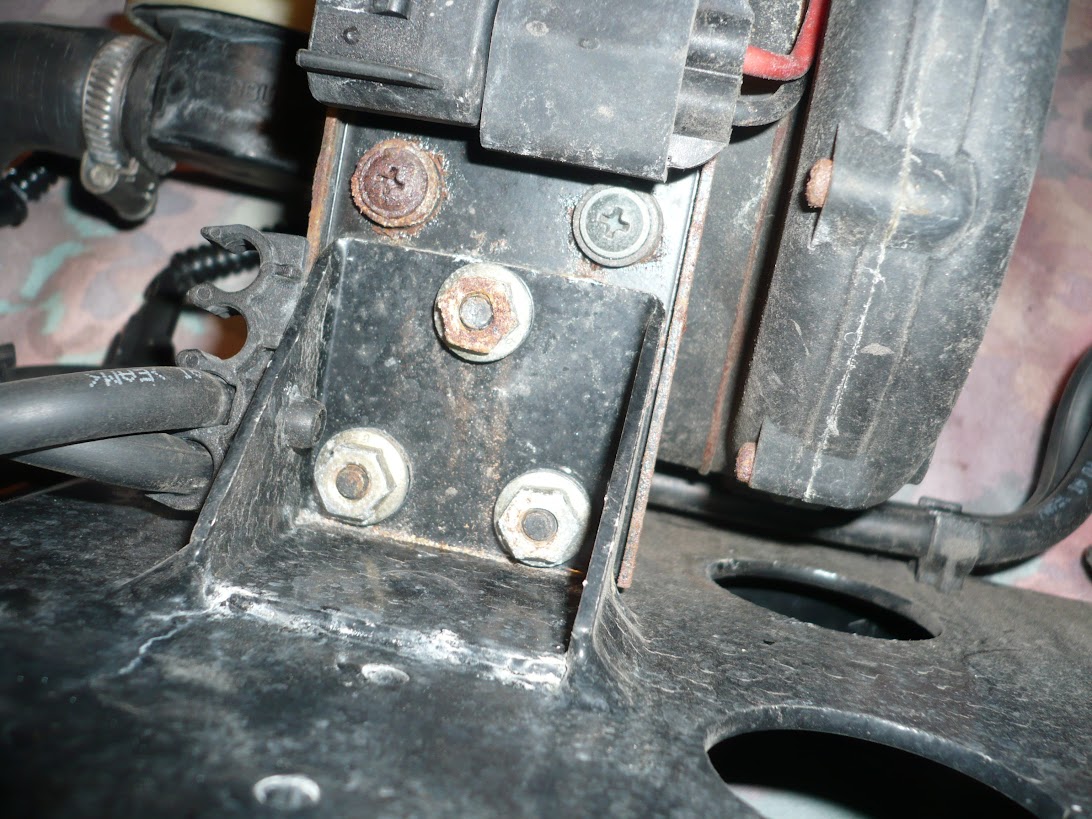 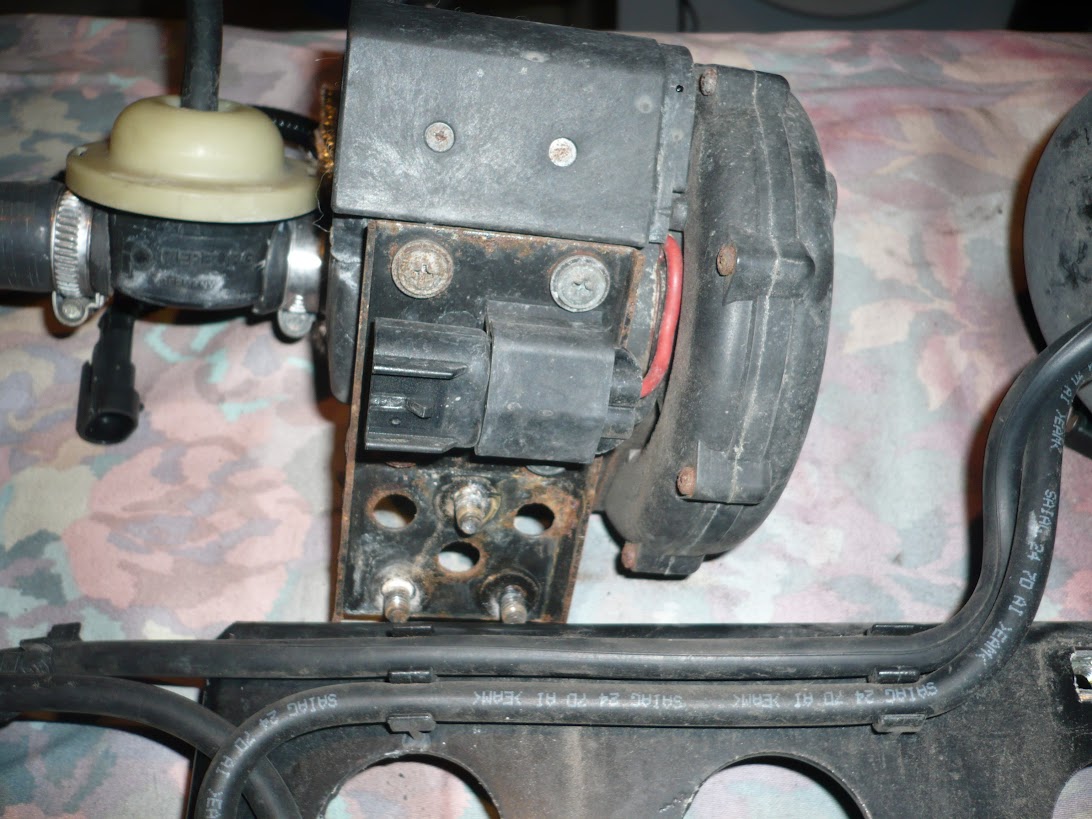 I removed the solenoid mount; 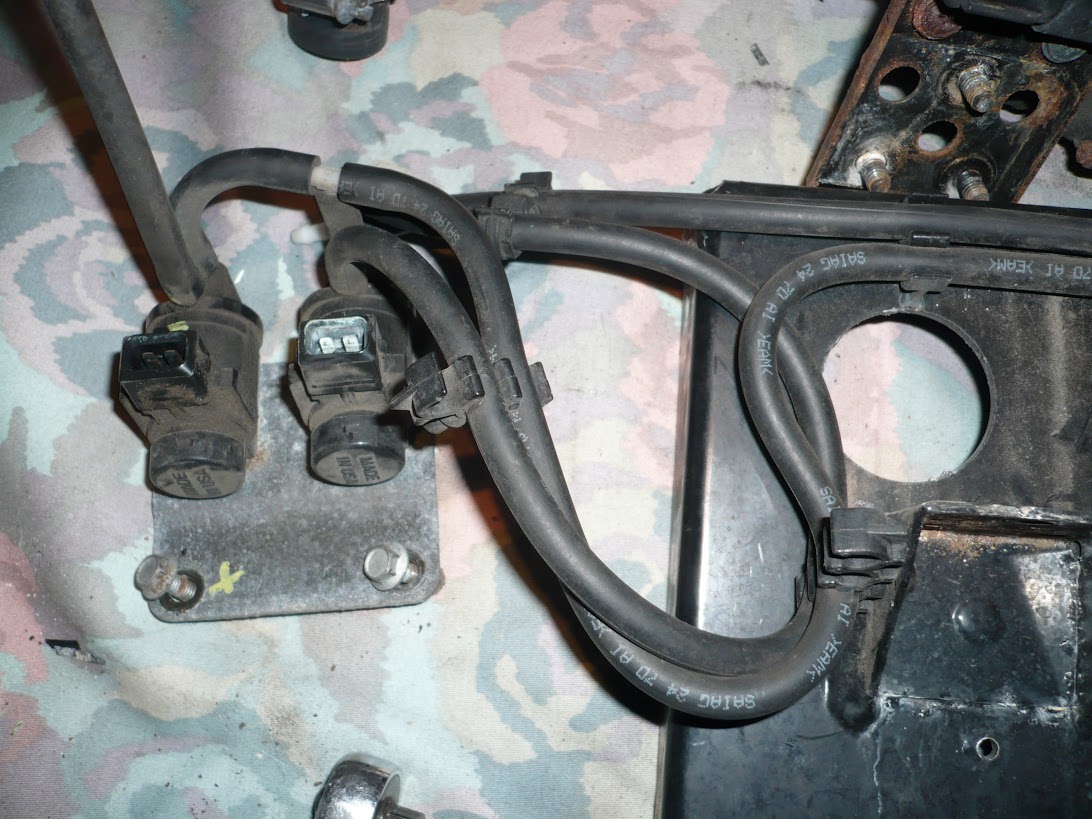 I also removed the plastic hose supports from the base. These have a central pin that you push out. Once the pin is removed the clip can be removed from the panel. They're in quite tight so you have to be careful not to break them when removing them. I was then left with the panel and a load of bits; 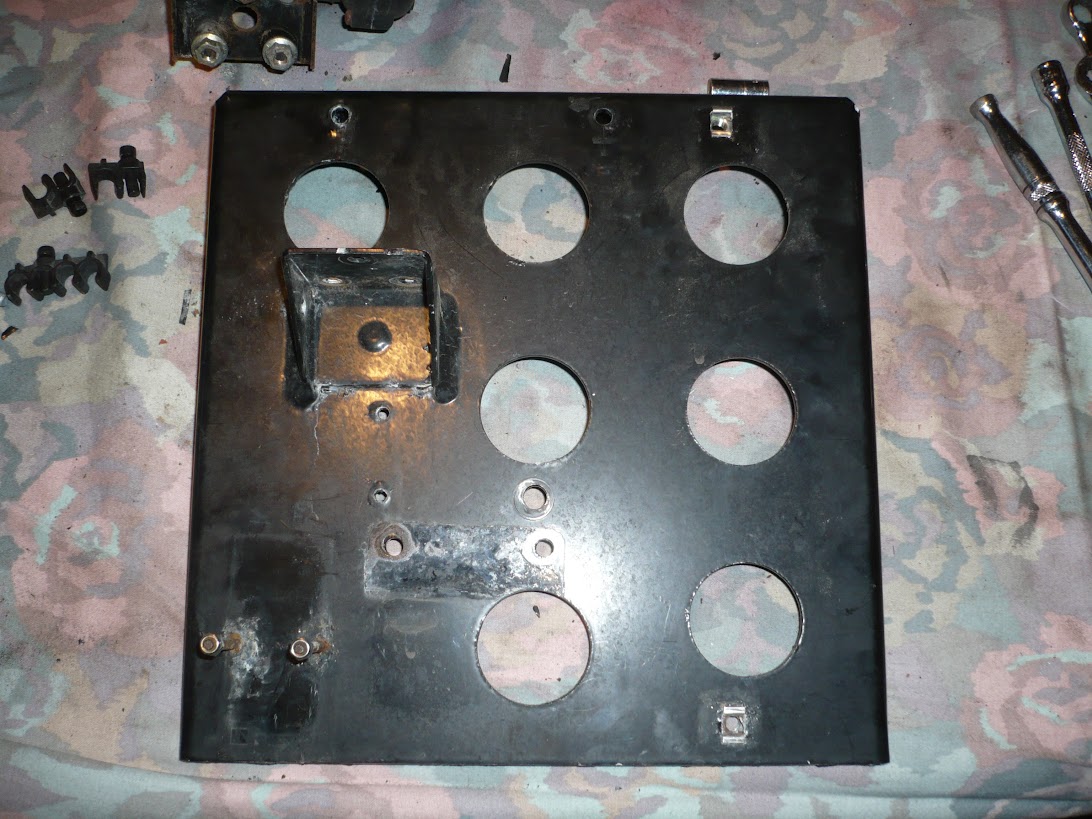 I took the pump off its mount; 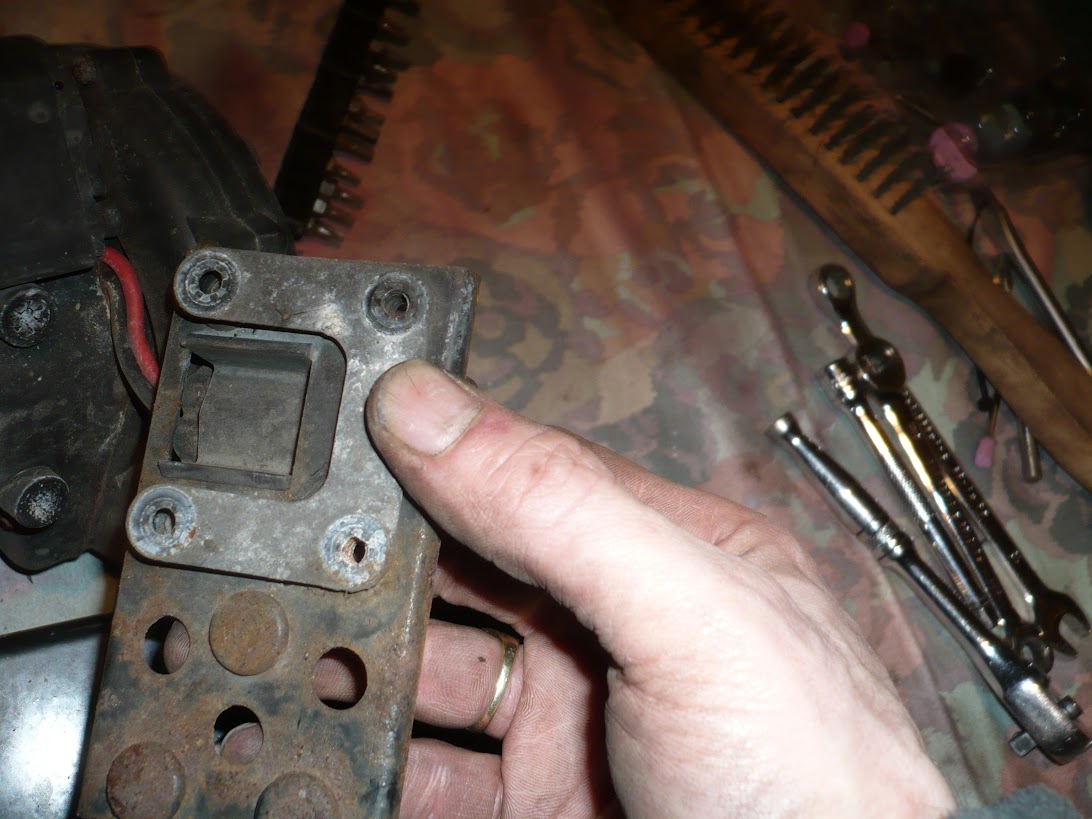 I then set about cleaning everything up. First I removed the air filter from the pump and washed it and reassembled, having cleaned the rest of the pump; 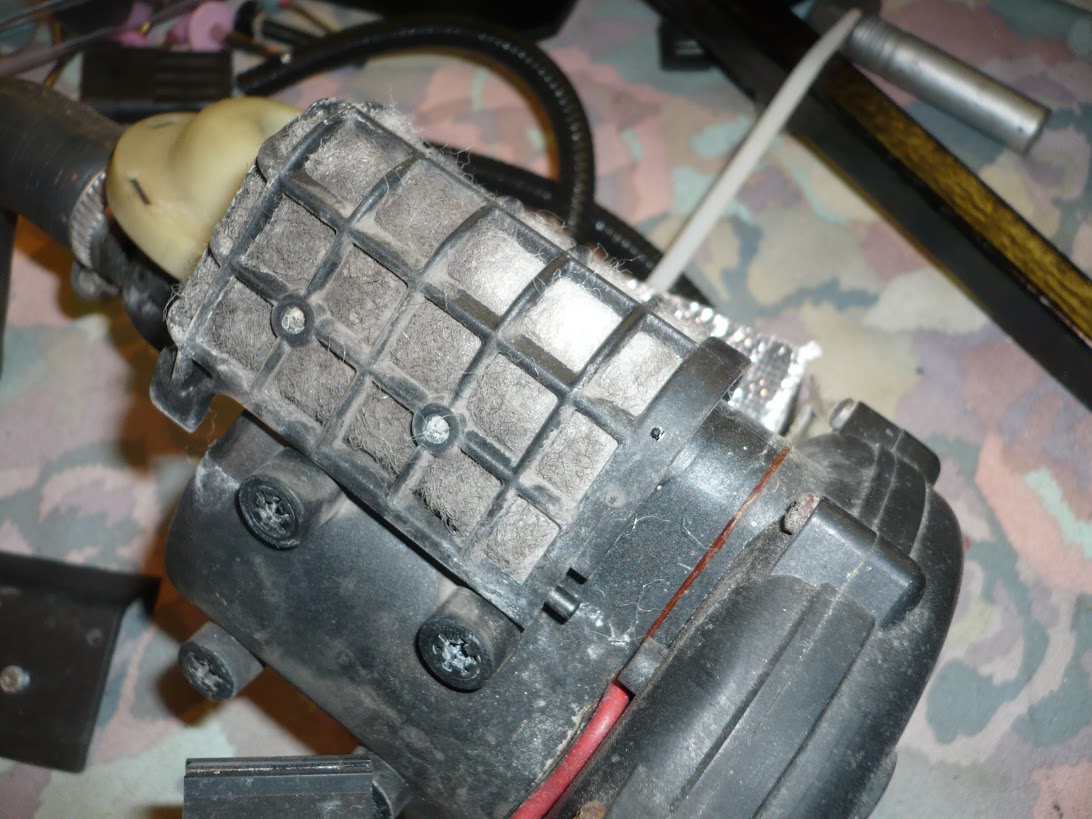 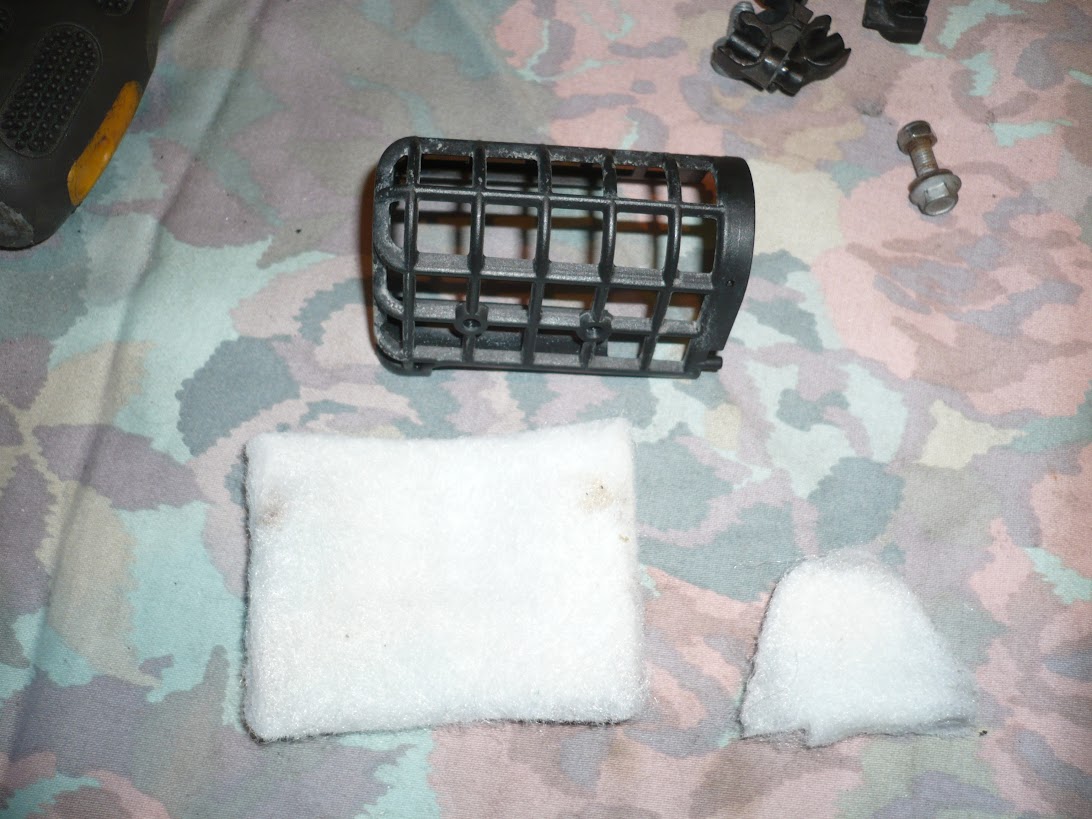 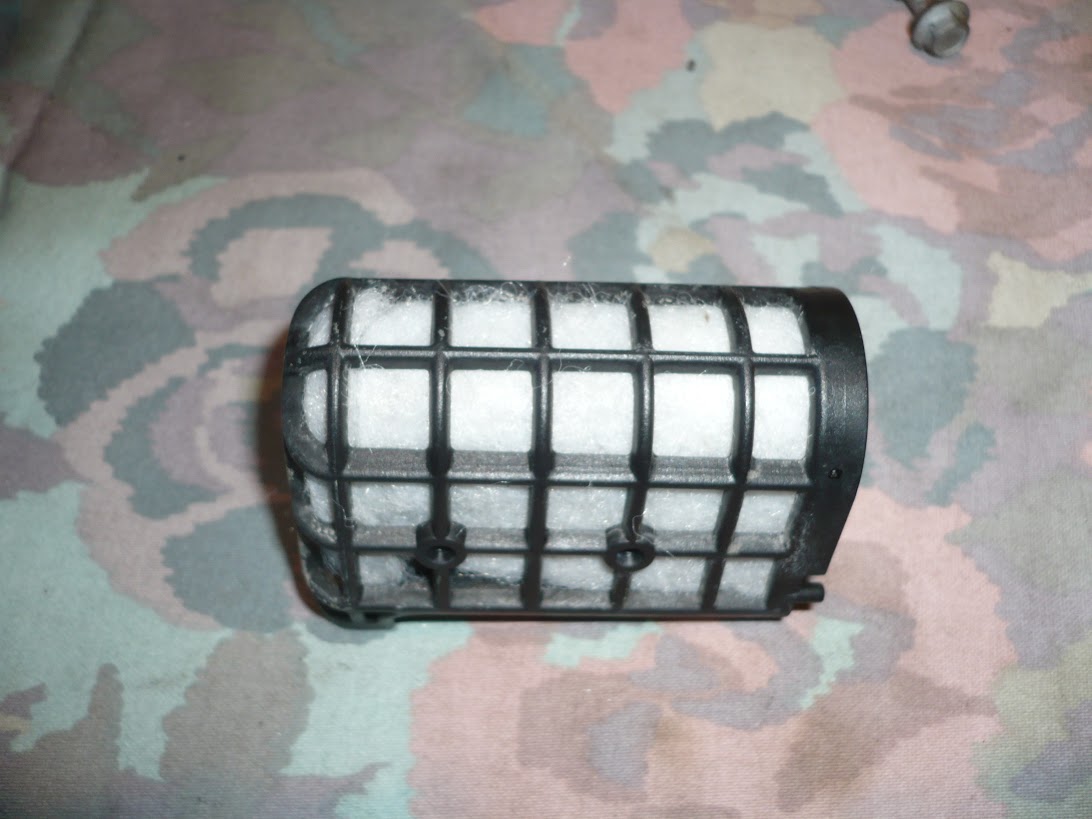 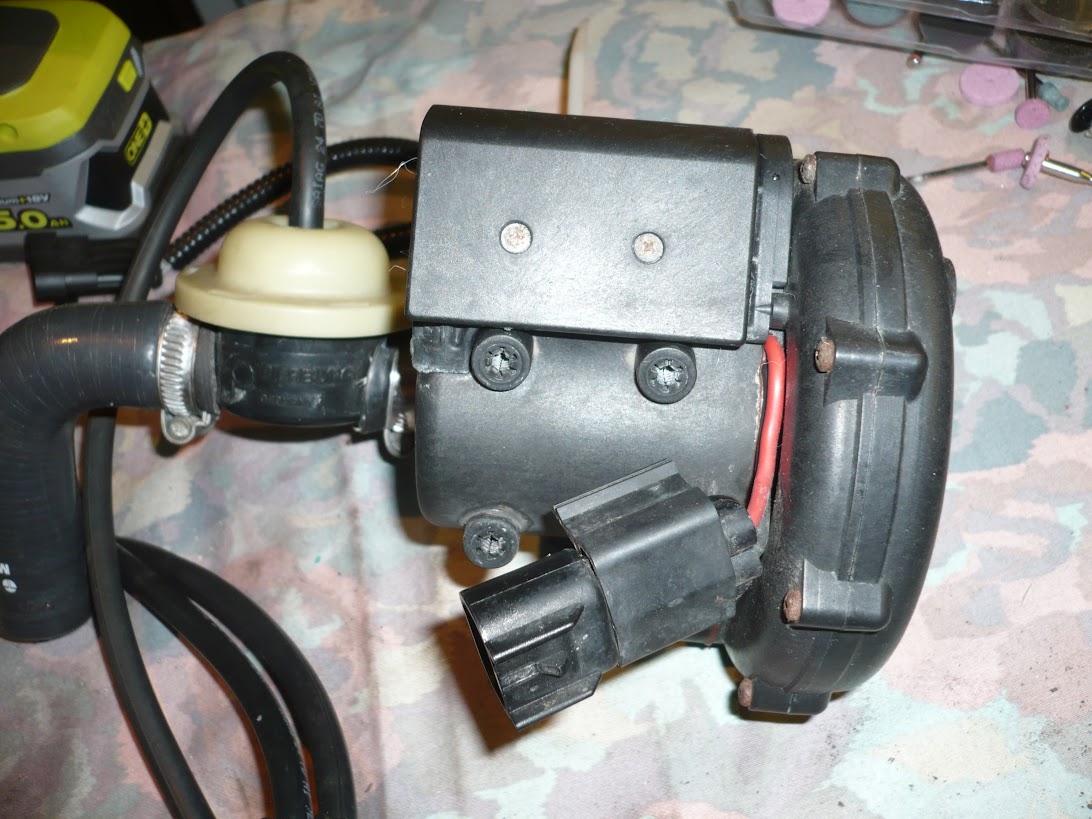 I then dug out my sand blaster and powder coating gun, and recoated everthing that could be recoated. 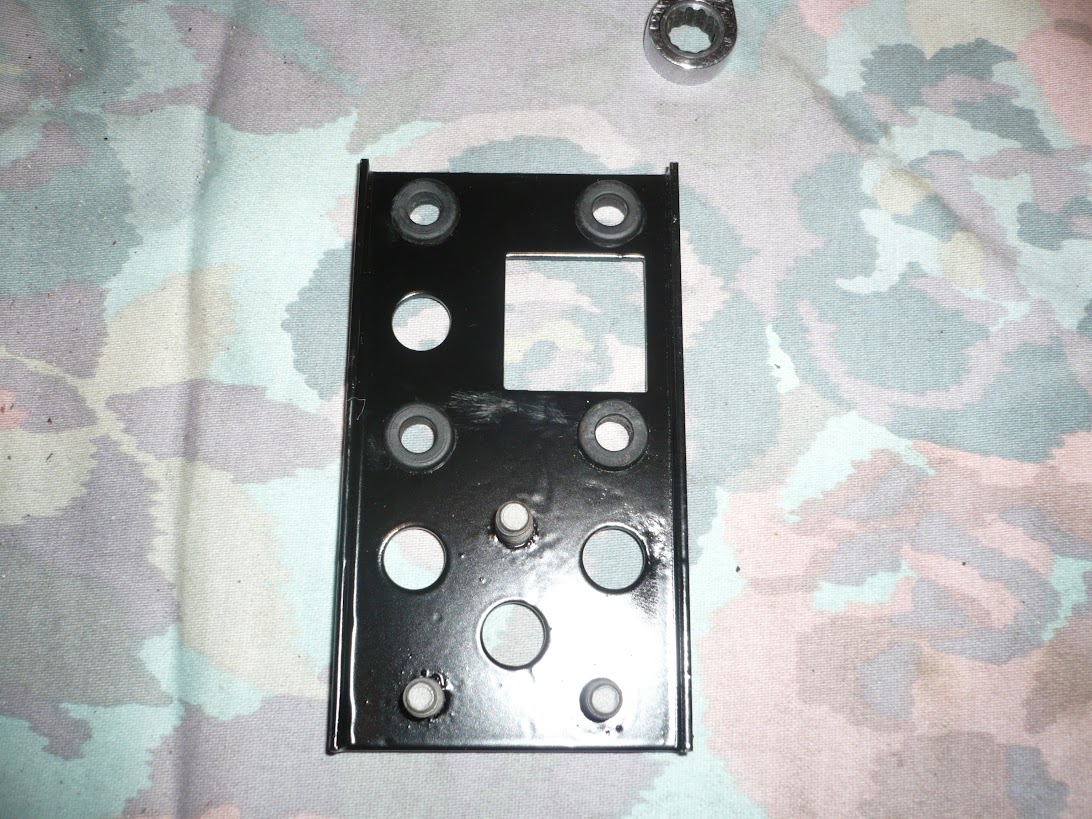 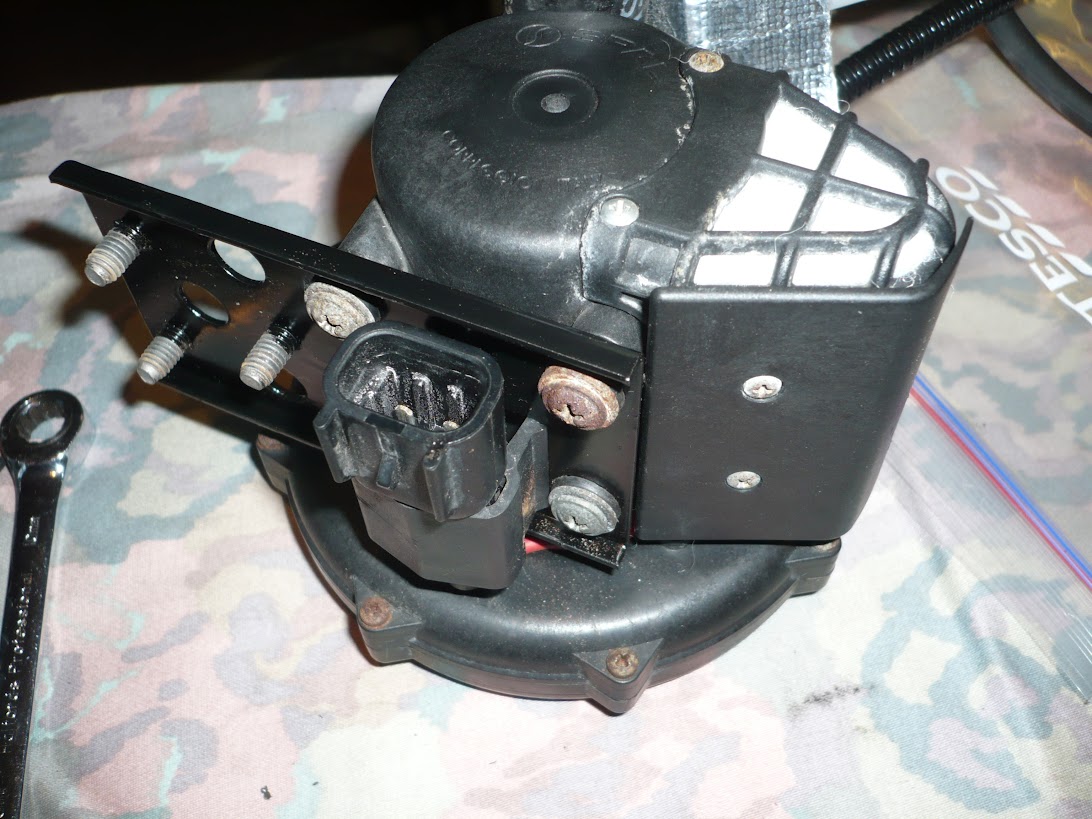 This included the base panel, but I seem not o have taken a separate photo of it. Here it is with the vacuum tank remounted. I just cleaned the tank; I did not recoat it: 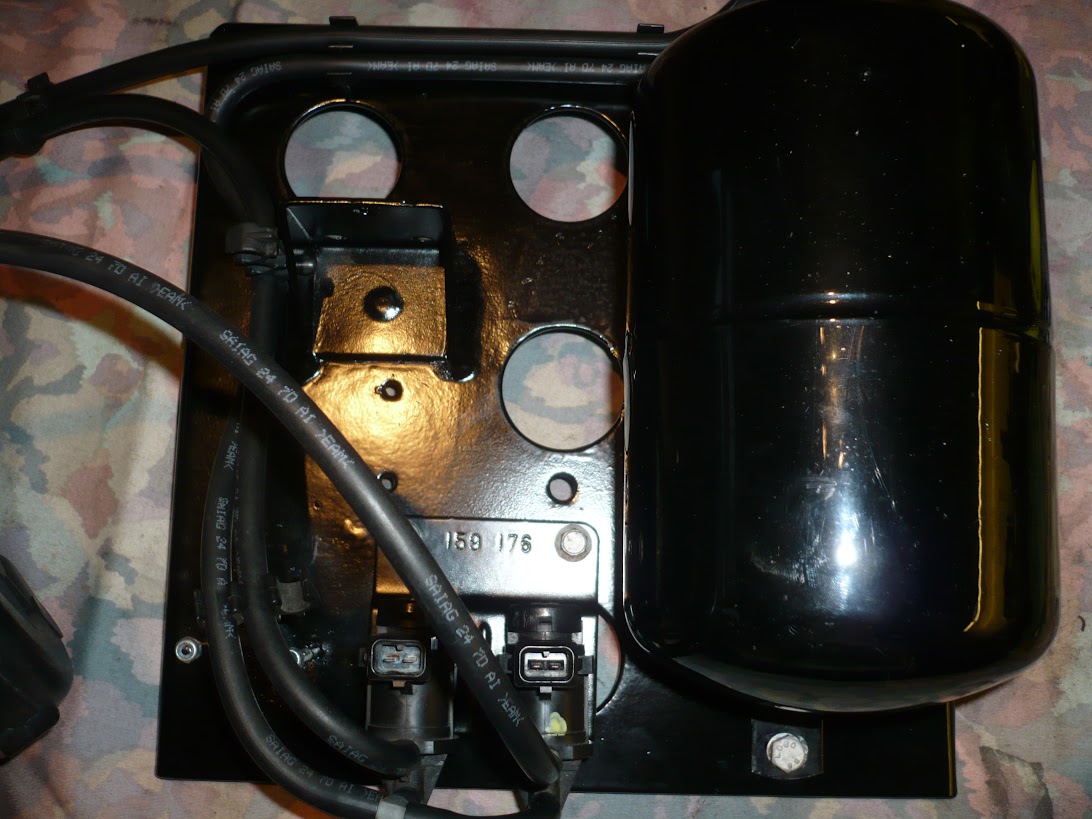 Pump remounted onto the base and all tubes reconnected and routed as they were before removal: 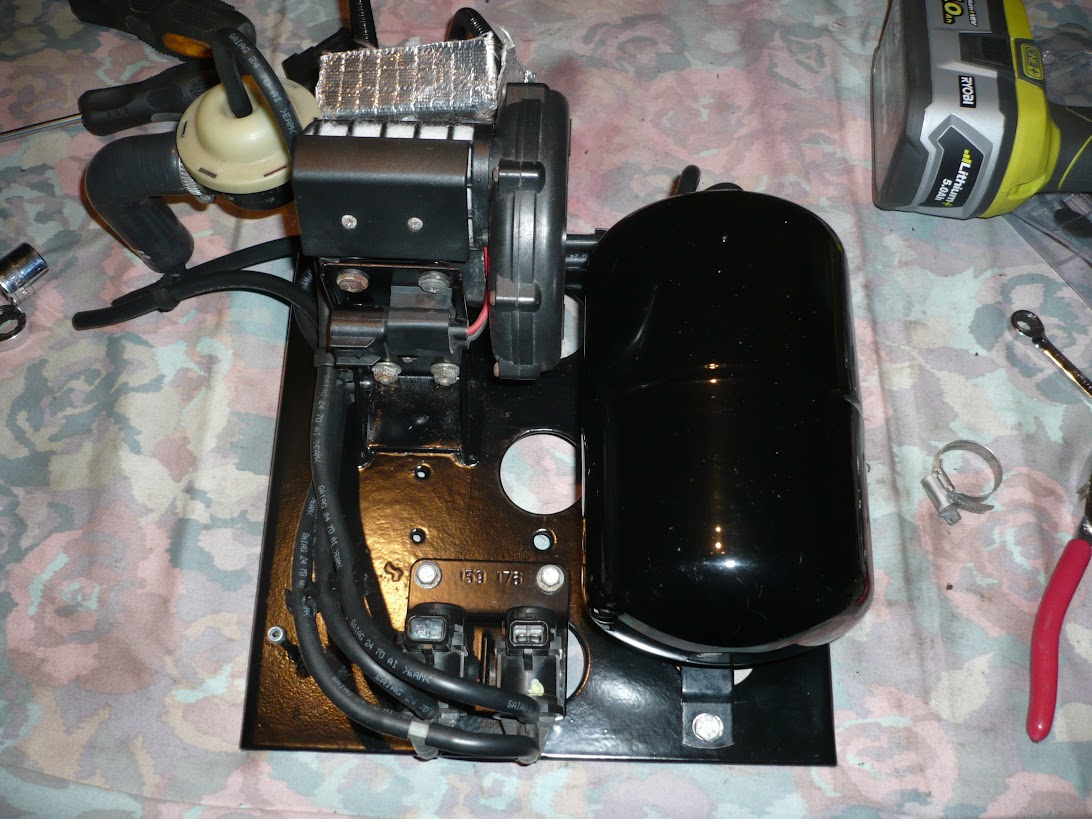 This came a little later, but I might as well put it here. I eventually remounted the panel back onto the car; 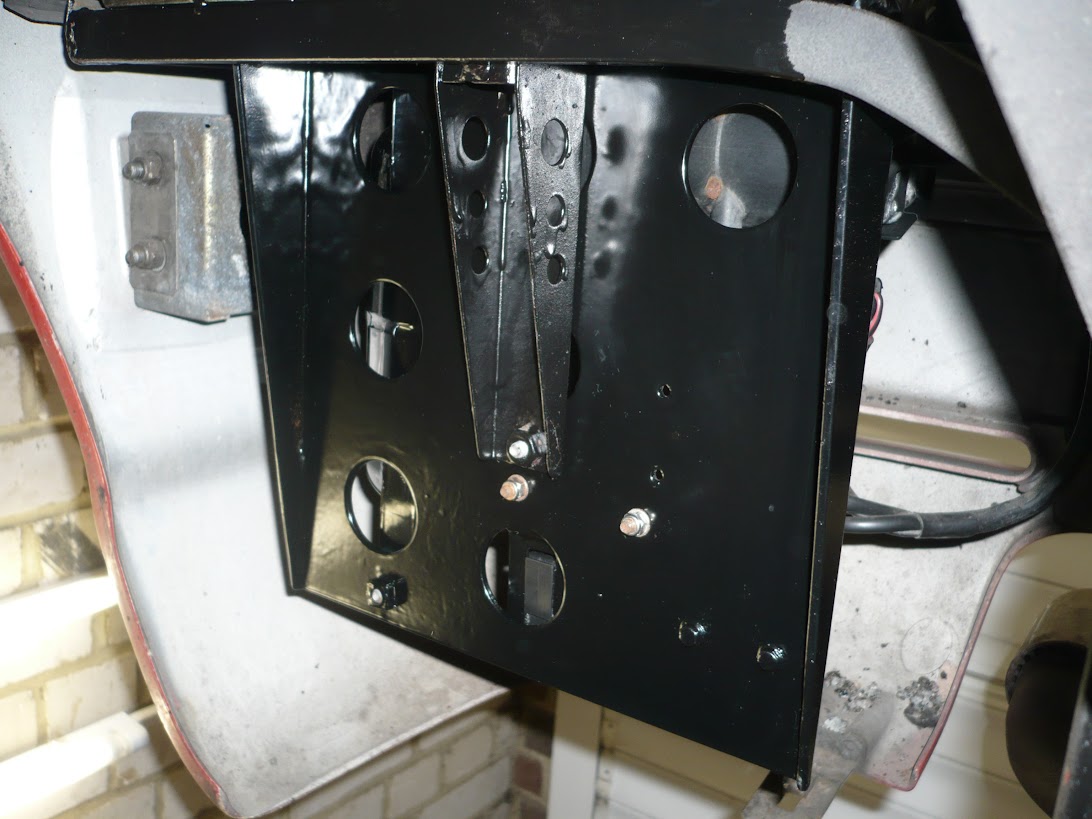