Although I wasn't ready to do the belts yet, I wanted to remove the crankshaft pulley so that it could be re-plated with everything else. You can safely remove the pulley without affecting the belts because they don't run on the pulley itself; they run on two sprockets either side of the pulley, and in the front of the engine there is a gear system behind the front cover that translates the crankshaft movement onto the belts. There's one big bolt in the middle of the pulley. I've already loosened it here: 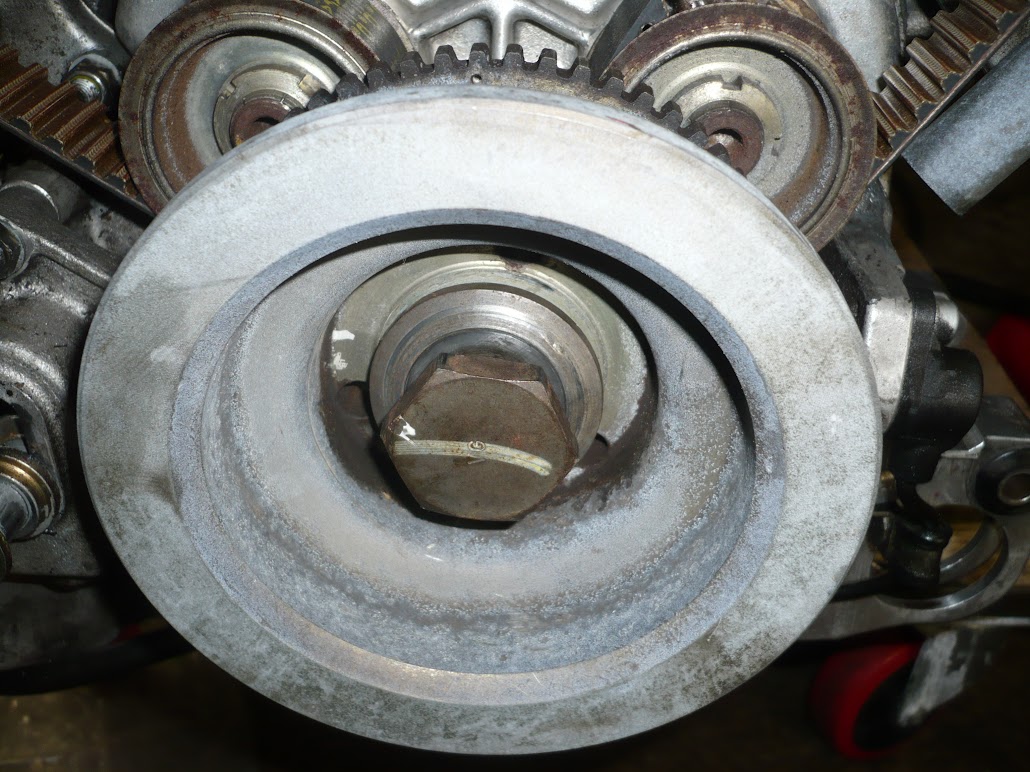 I used an air tool for this as it needs a fair amount of force to undo. You can see the mark that someone else has put on the bolt to signify it has been torqued up (and I presume to show any slippage that might occur). I don't know if this is a factory mark or was done by a subsequent service agent. 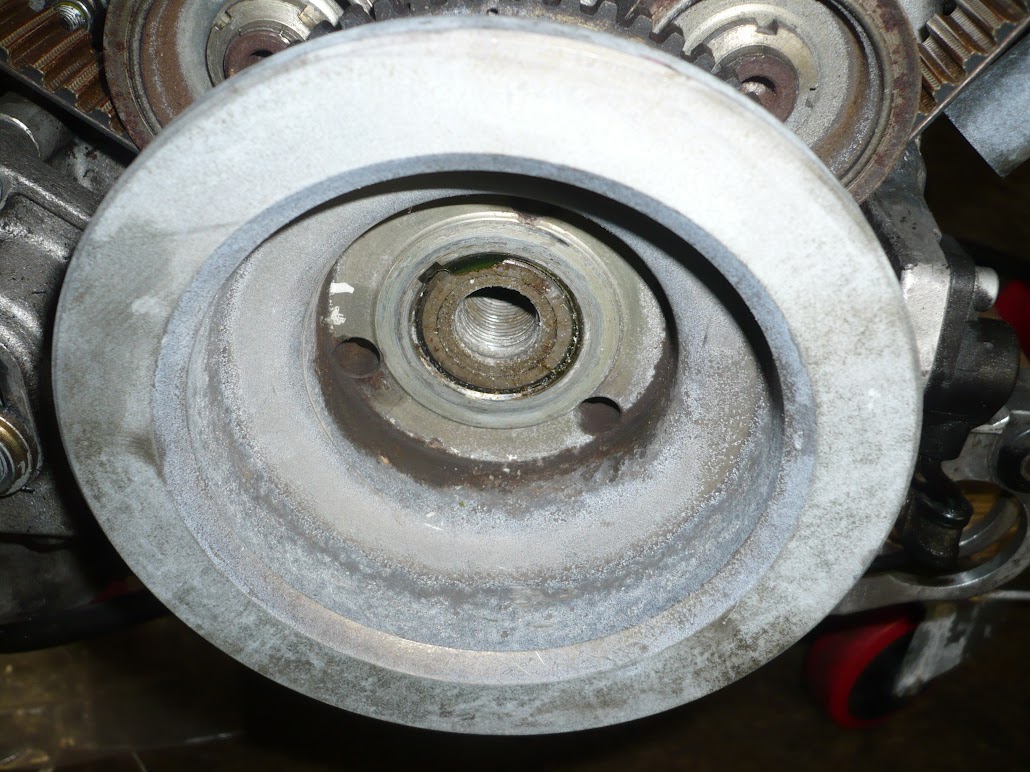 Now the pulley "just" pulls off. I can't remember whether I had to use a puller or not. I think I just gave it a tug. 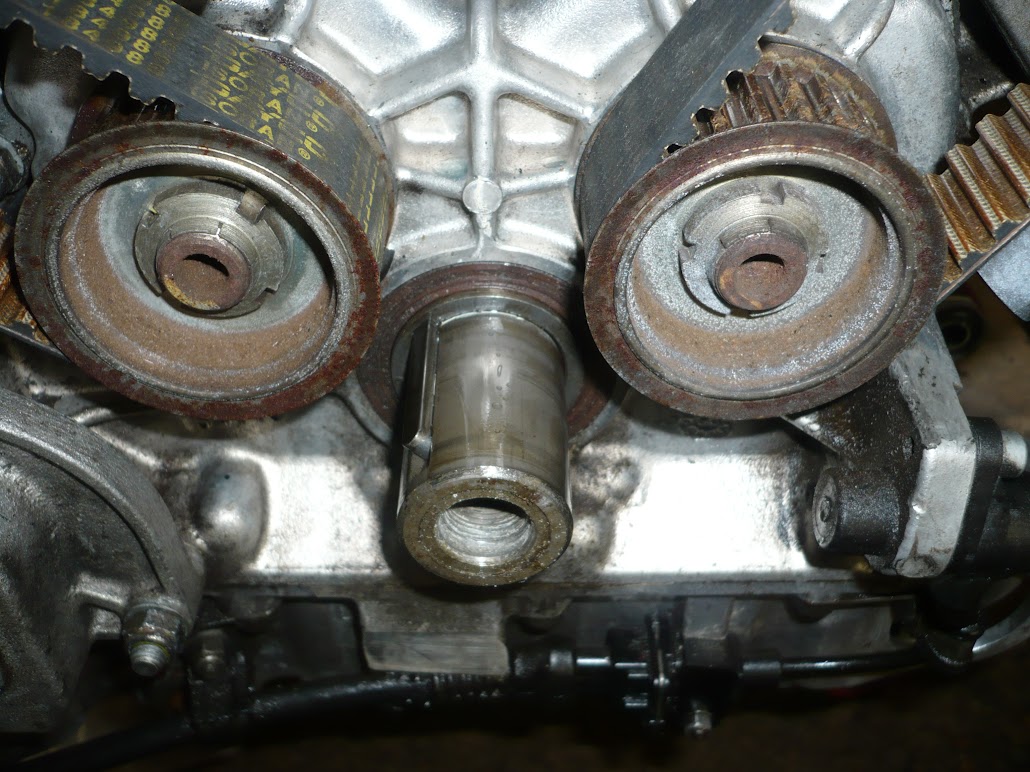 As you can see the sprockets are looking a bit tired but I didn't want to remove them so they were left as-is. They actually look a little worse in the photos than they they do in real life. The flash seems to pick out the surface rust more!