First job is to remove the cats from the exhaust headers. They are held on by two spring-bolts through a clamp, with an exhaust donut in the middle to seal it. They are quite difficult to access when on the car, but a bit easier with the engine out of the car. 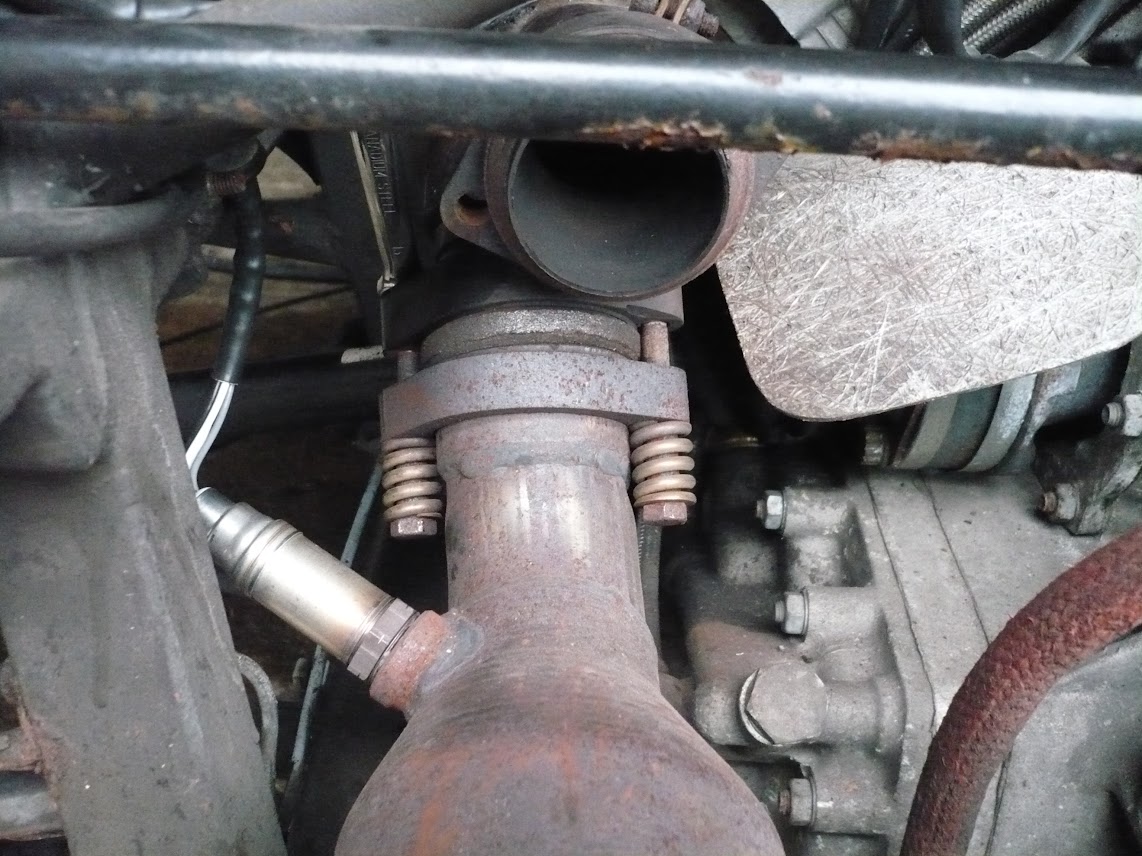 At the other end of the cats, where they connect to the exhaust back box, there is another clamp with a flange face that attaches using those hill engineering clamps that I mentioned in an earlier article. Like the other bits these are cast and are fairly brittle, plus their design isn't exactly the best and encourages breakage if they are over tightened. One of mine has been broken for a while and can be see here. I will have to replace it but since Hill Engineering don't make these yet I will have to go with another original one and just make sure I don't go too far with the bolt tension: 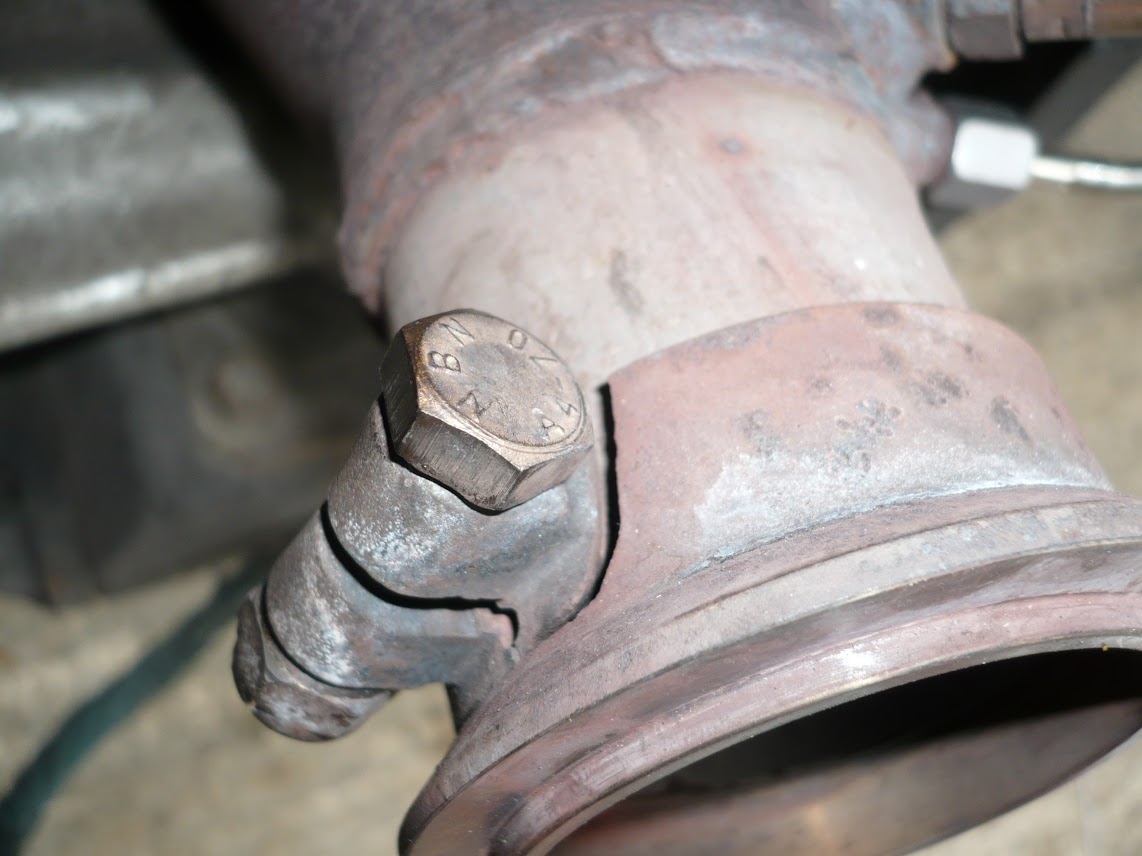 Once these are off, then exhaust manifolds can be unbolted. Access on the right hand side is a bit hard with the oil tank in the way, so I disconnected it first to get access: 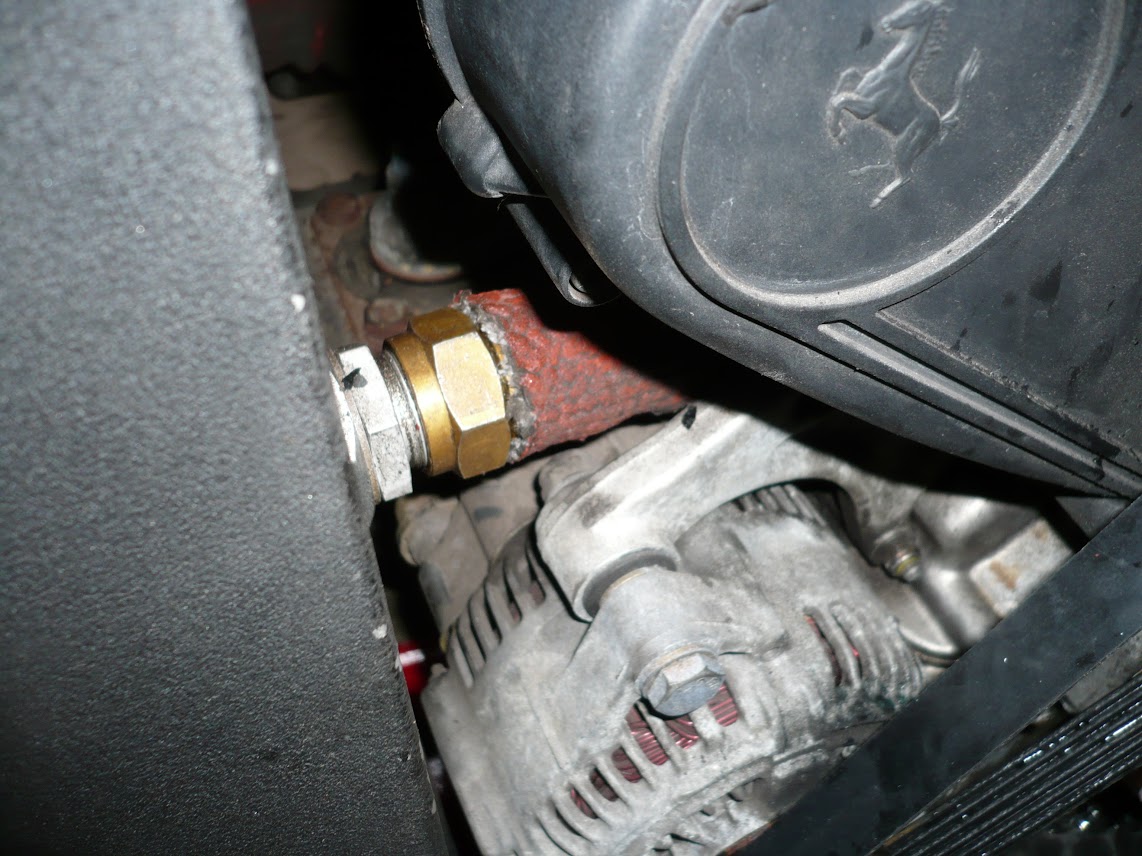 And was then able to get to the right hand header: 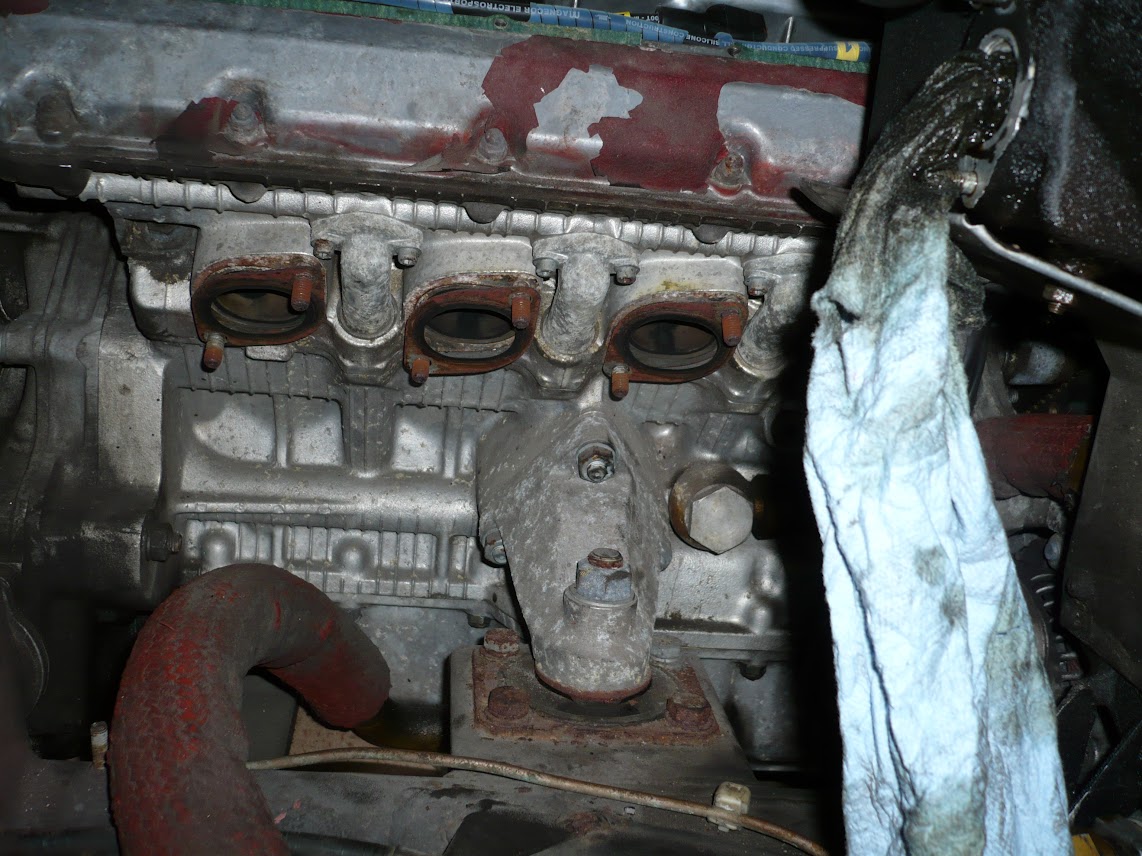 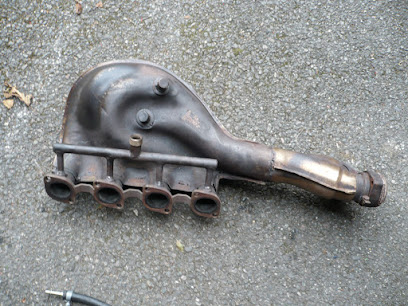 And here's the left hand side: 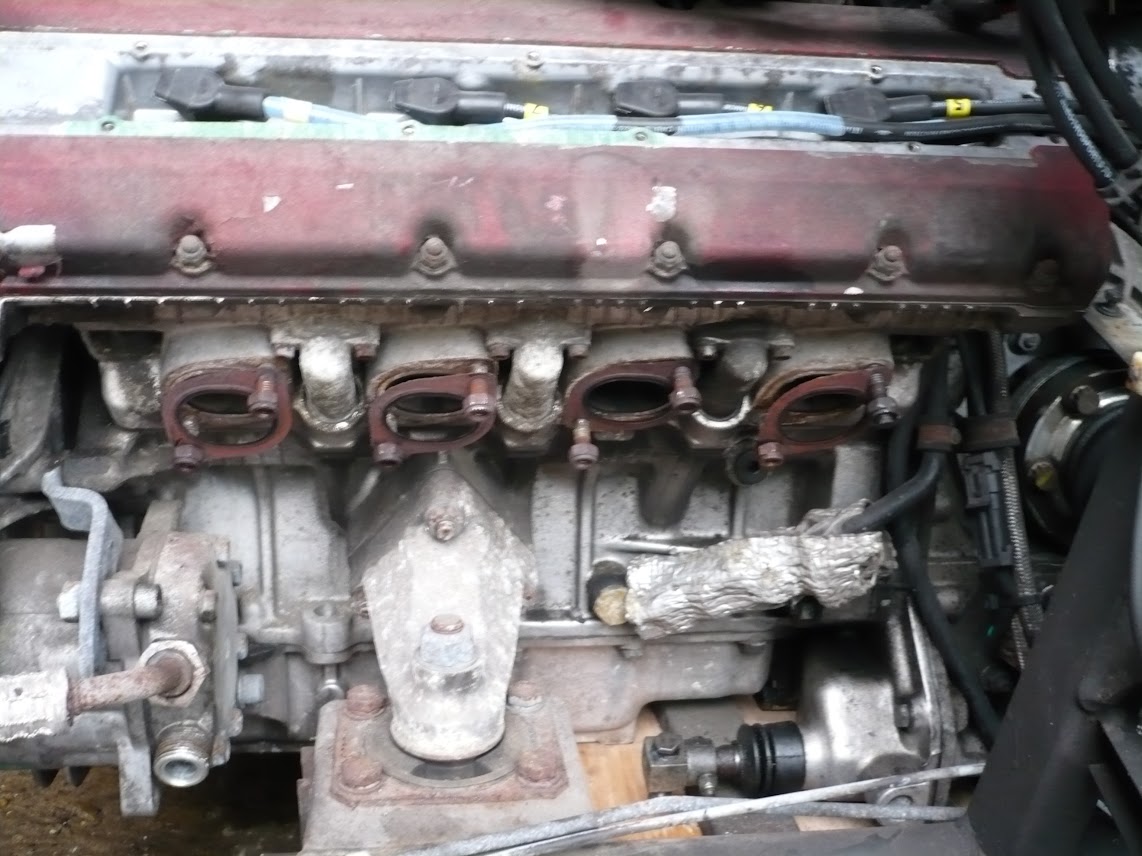 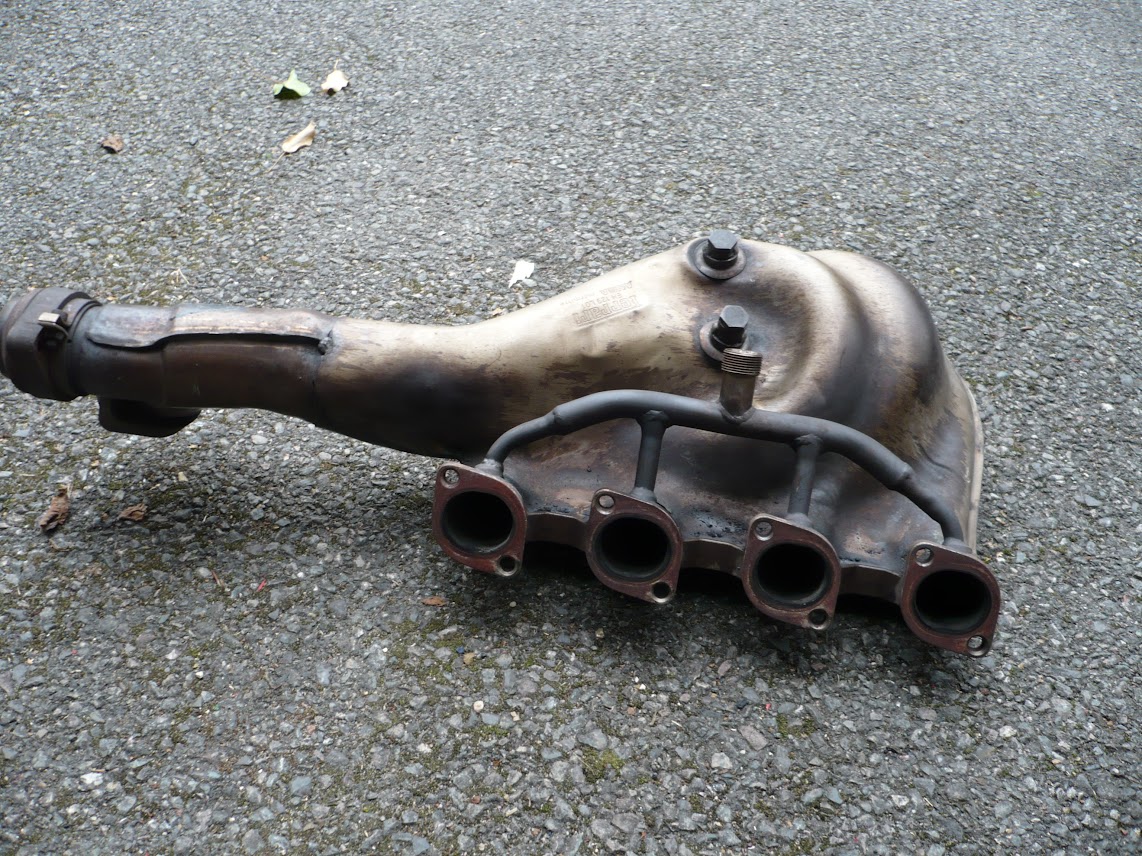 You might have noticed that my car has different designs for the left and right air injection rails. This is because mine has had repairs in this area - it's a known failure point and is covered in the buyer's guide. The units are exchange rather than having your own repaired, and obviously mine got swapped with the older design on one side. The newer design has a straight tube on the air injection rail, whereas the old design has the bent tube as in the picture directly above.

The other thing to remove here was the air injection one way valves. These just unscrew off the top of the rail: 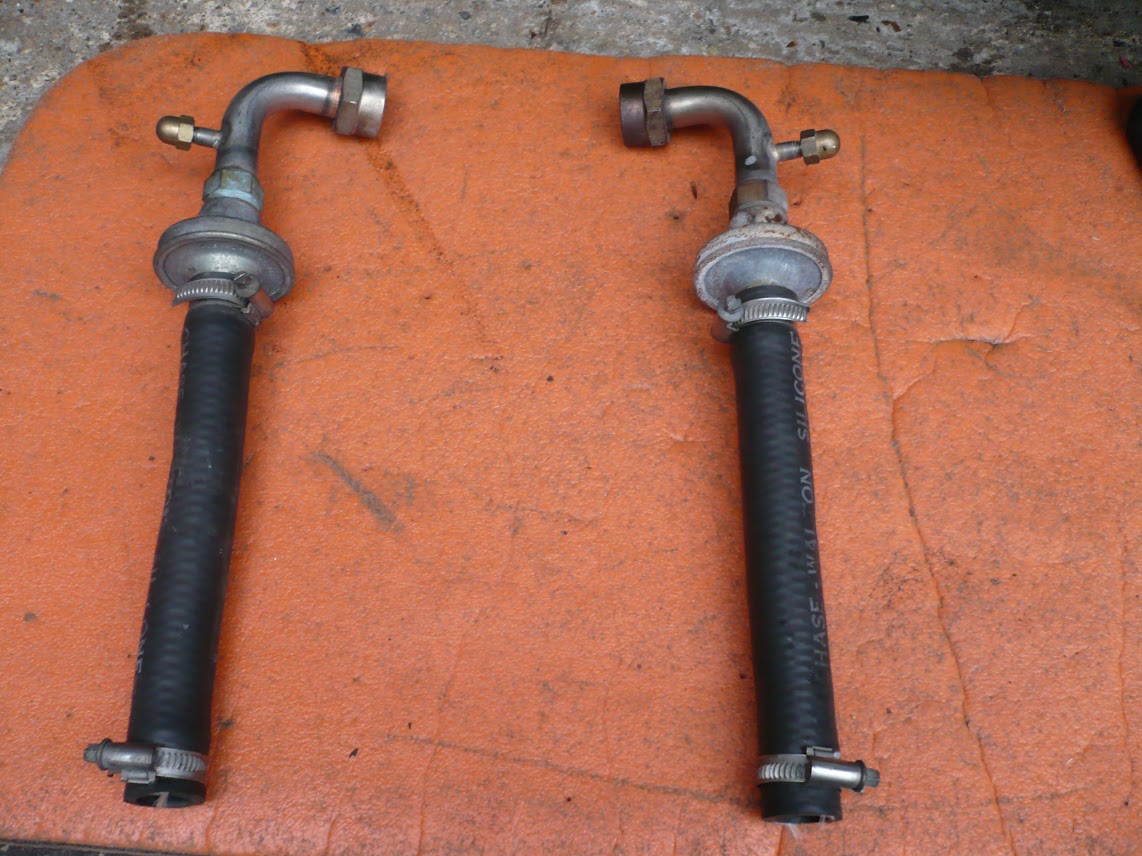 The right hand side valve was is in slightly worse condition than the left, but both were working OK. They did seem a bit stiff though so I thought I would probably replace them. You can see what I did when we get to the rebuild section.