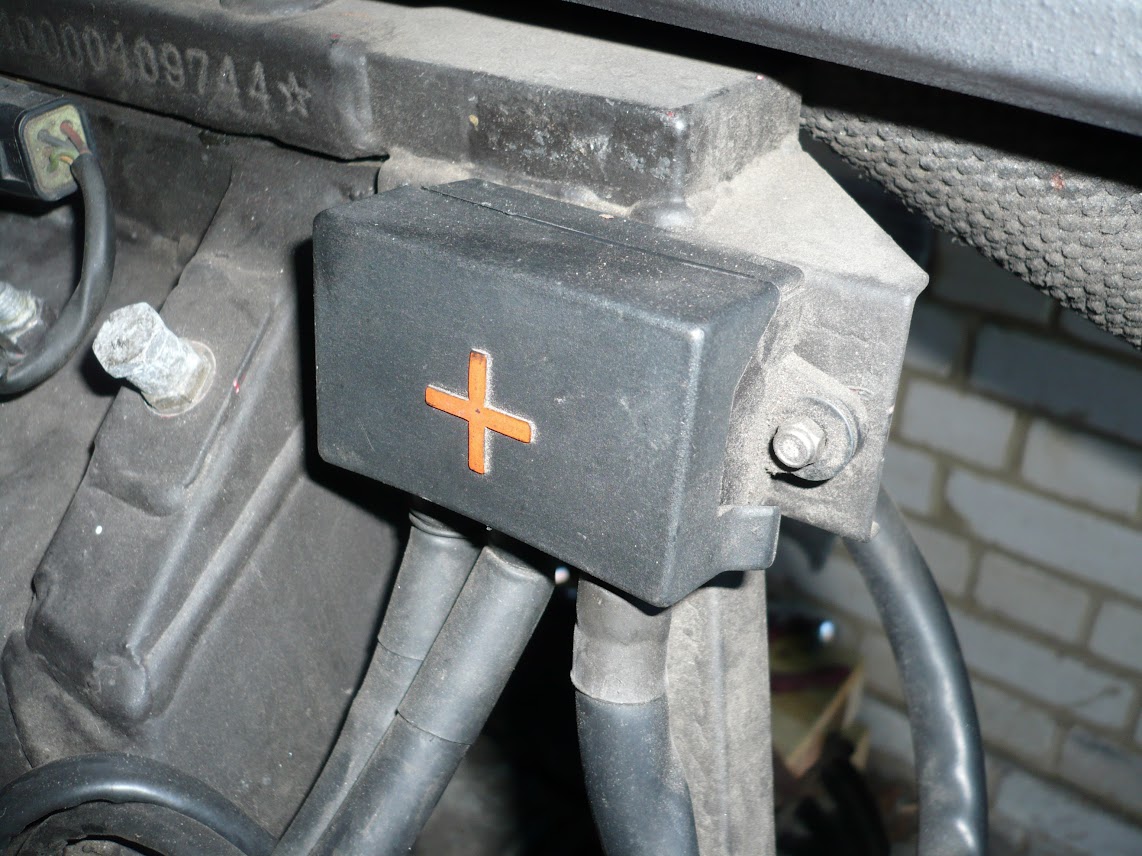 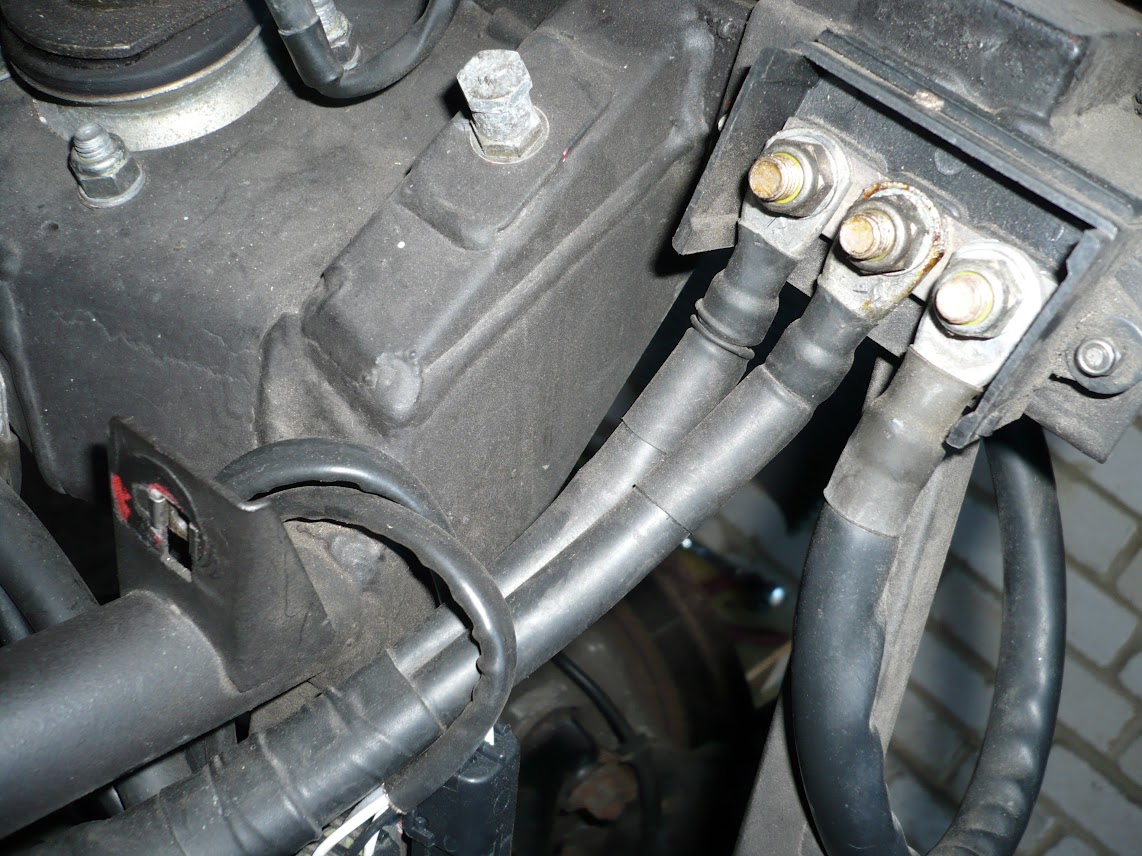 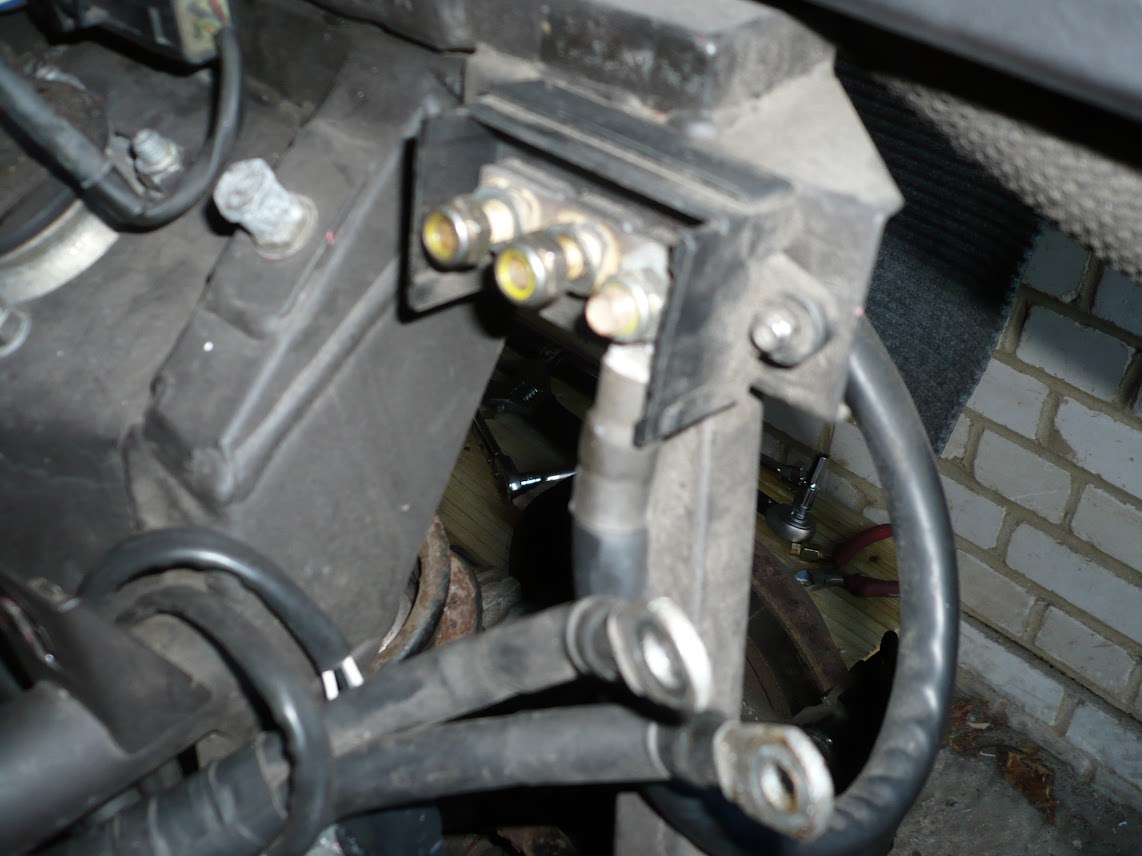 Note also that the orientation of the blue labelled plugs is not "mirrored" between the two sides of the car, so take a record of both sides. 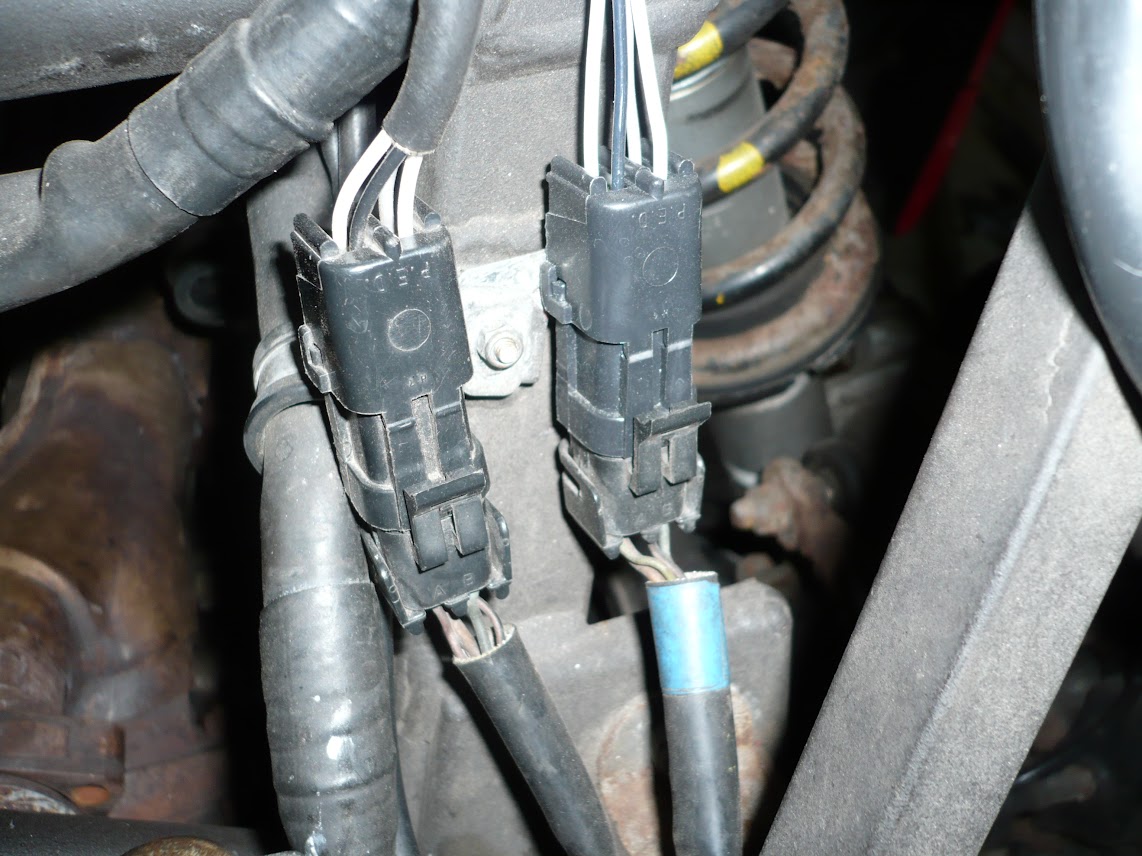 These connections don't actually have to be removed provided you have the wiring loom correctly routed, since the cats, their lambda sensors, and the sub-loom that connects to them all come out when the cradle is removed. However, some of the visible chassis members in the vicinity are part of the main chassis rather than part of the cradle. As a result, if the cables are routed away from those chassis rails then the engine can be dropped without disconnection.

In my case, cables weren't routed correctly so I took the time to re-route them before dropping the engine. The trick is to route the cables underneath the anti-roll bar and the square chassis rails. I hadn't yet repositioned them in the image below. As you can see, when the engine is dropped if they are left like this then they'll get caught: 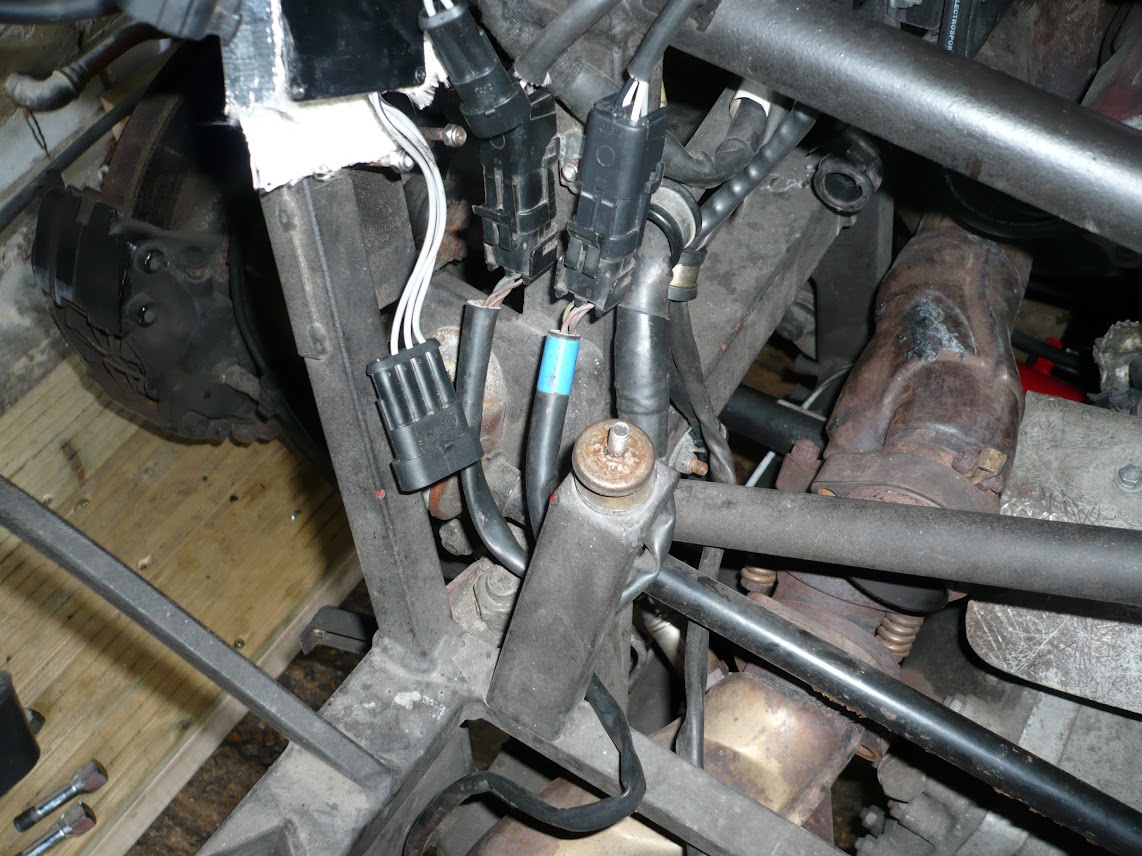 There is a picture of the proper routing in the re-installation images.

Another job to be done in this vicinity is to disconnect the ancillary multi-pin connector at the left hand side of the engine bay near the rear of the car: 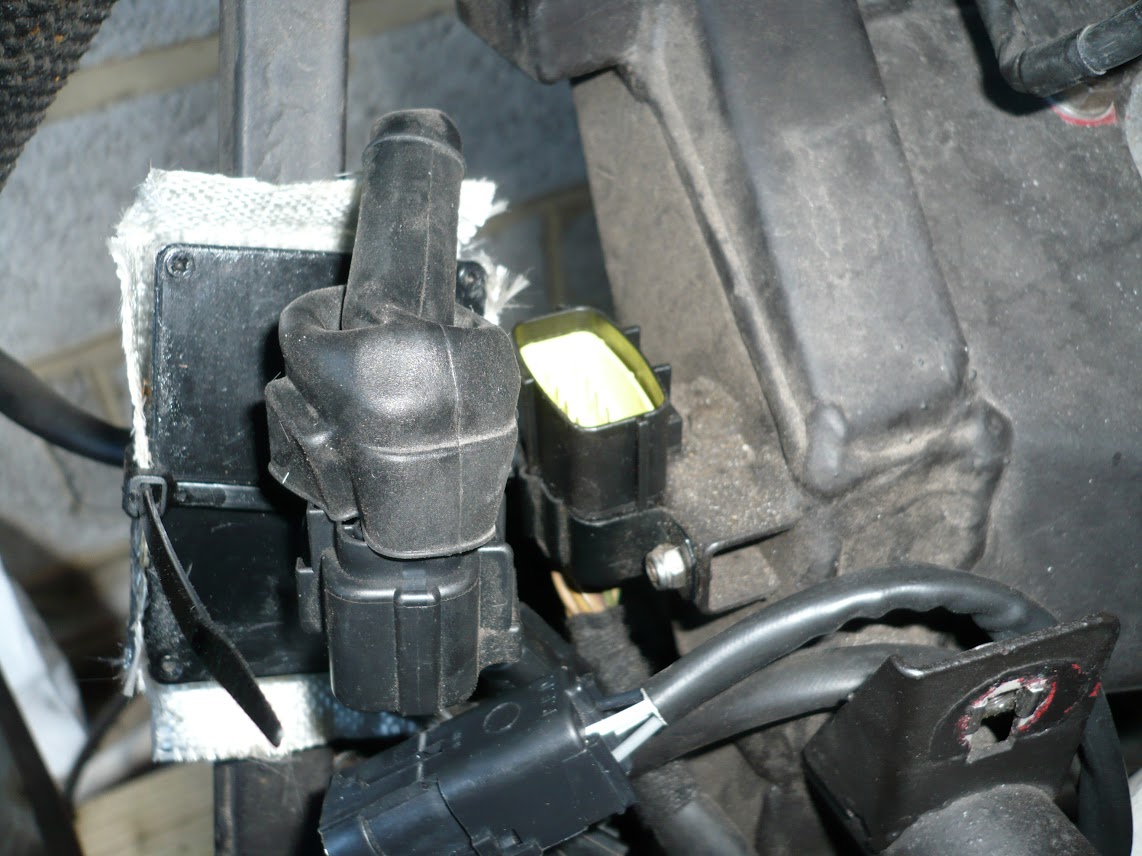 The tie-wrapped box in the background here is a non-standard component. See the Cat ECU project for more information on that.

I don't appear to have taken any photos of the main ECU Connection at removal time, although I have taken some from when it went back in. Below is the key one. Behind the driver's seat (RHD car) is a cover. Remove the screws and you're faced with the ECU. The ECU has to be unbolted before you can unclip the main connector. There are also two other connectors to separate; 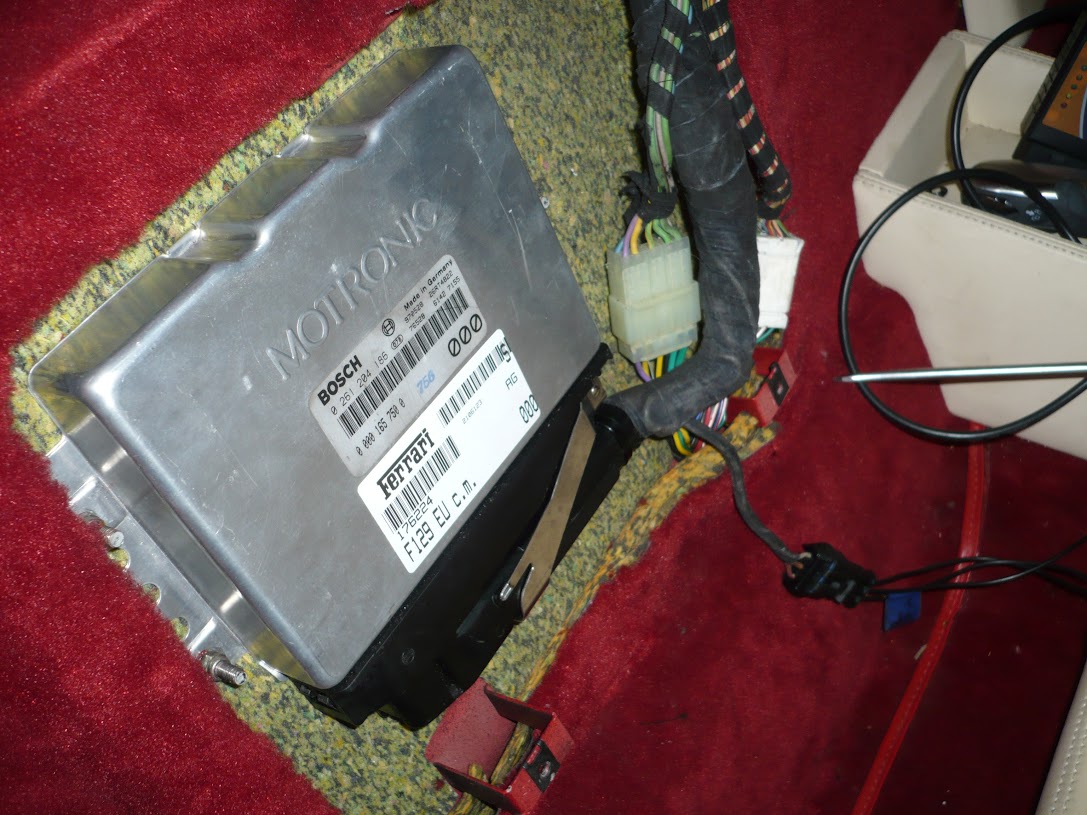 The ECU cables must then be pushed back through the hole, and in order to do so you must remove the rubber grommet that surrounds them. It's important to realize that the grommet is part of the cable, it is not separate. And the other end of the cable is attached to the engine assembly, so when the engine subframe is dropped from the car the cable and its grommet must go out with it. Therefore you must remove the grommet and push it backwards through the hole into the engine bay. As the engine comes out you must re-visit these cables and keep pushing them through to avoid any damage (e.g. the connectors may get stuck on the metal lip). 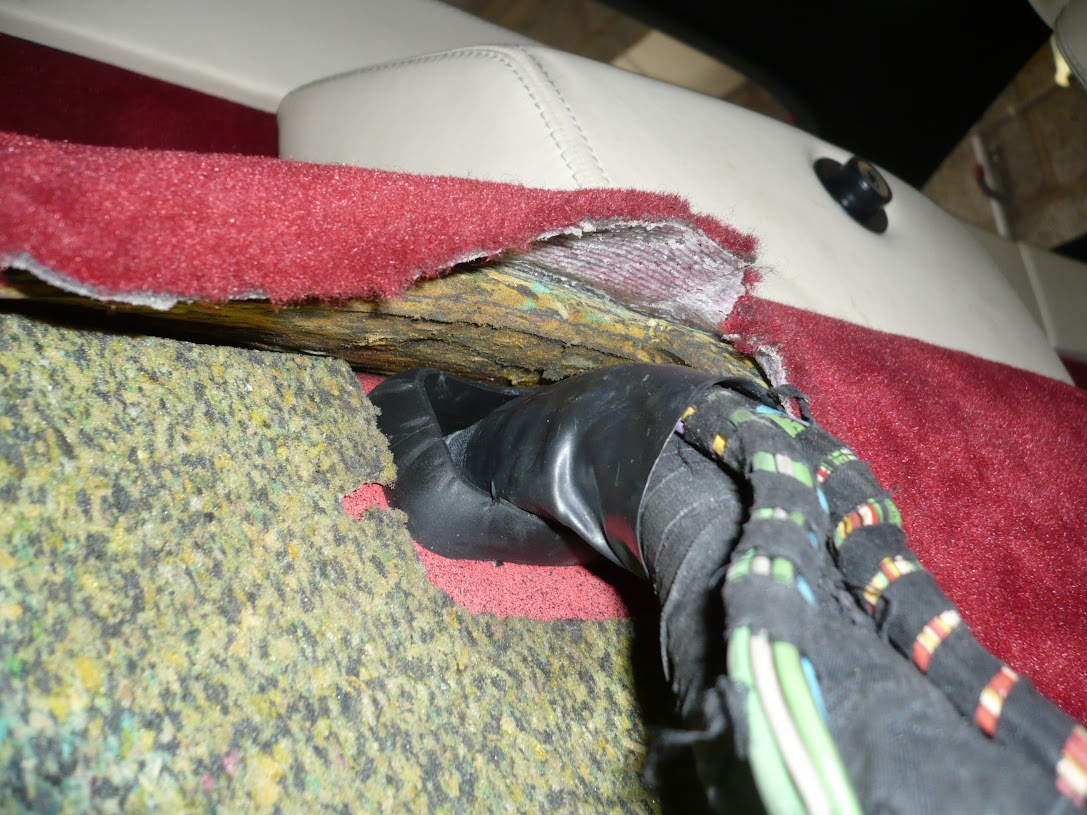