Warning: R134a air-con gas should not be vented to atmosphere. You should have the gas professionally vacuumed from the system before disconnecting anything.

There are two connections to the air-con radiator from the pump. It is recommended that you unfasten one of them at the fitting from to the radiator: 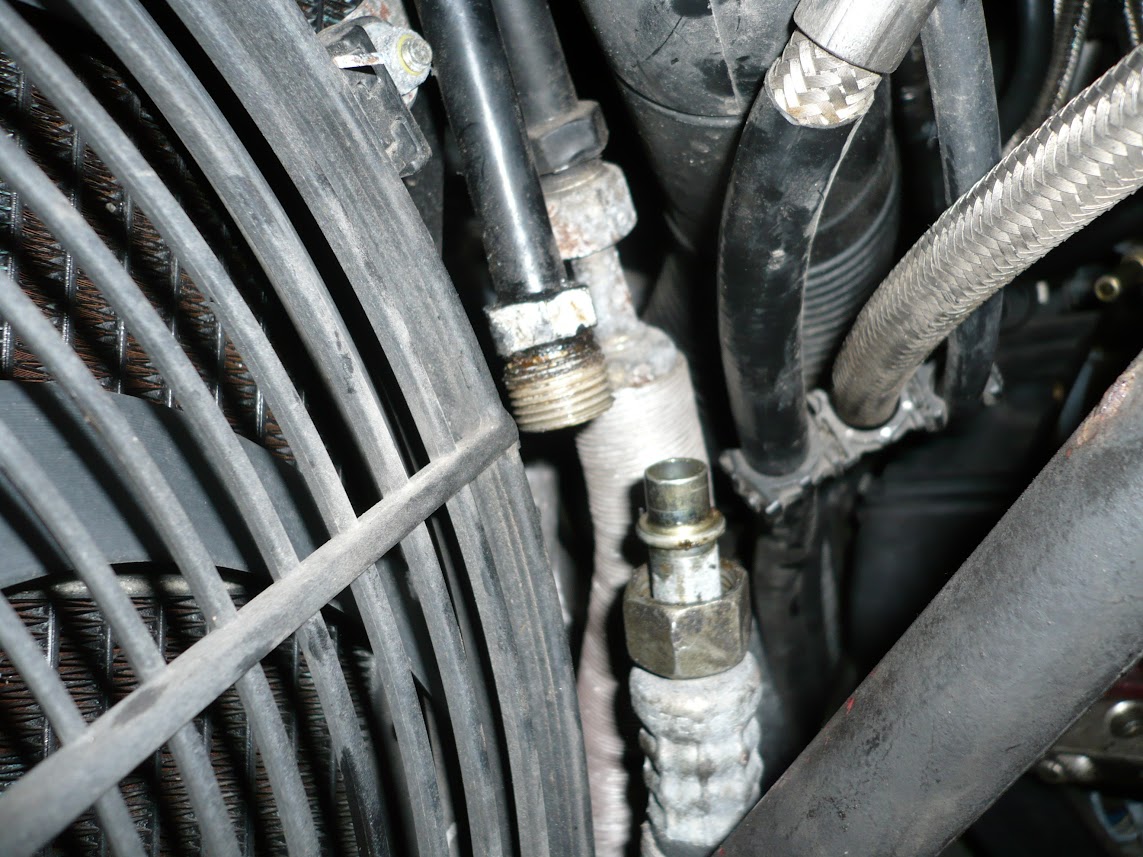 This is a bitch to get at and can be very tight. Note that there is an O-ring fitting which should be sitting on the spigot. I recall in this case the o-ring was left inside the other half of the connection and I fished it out shortly after this photo but replaced it with new when I reinstalled everything.

The other connection to remove is done by disconnecting from the air-con pump. I failed to get a photo of that but it can be seen hanging down in the later images when the engine is dropped (I don't want to spoil the story by putting it here!). So split the one as shown in the picture, follow it to the pump, and then unfasten the other one there.