There are a number of hoses to remove that connect to the bulkhead, which is where the feed to the radiators is located. I was tempted to cut some of these because they were difficult to remove, but I first checked prices and found to my horror that the smallest one is really really expensive. So don't do it unless you have to. I did struggle for ages with the small S shaped hose and in the end I gave up for the night. Next day I removed it almost immediately because it was daylight and I could see what I was doing better.

Remove the thermostat connection (top one, already disconnected here), and the S shaped connection at the bottom of the pic (which is a bitch to remove, but very expensive!): 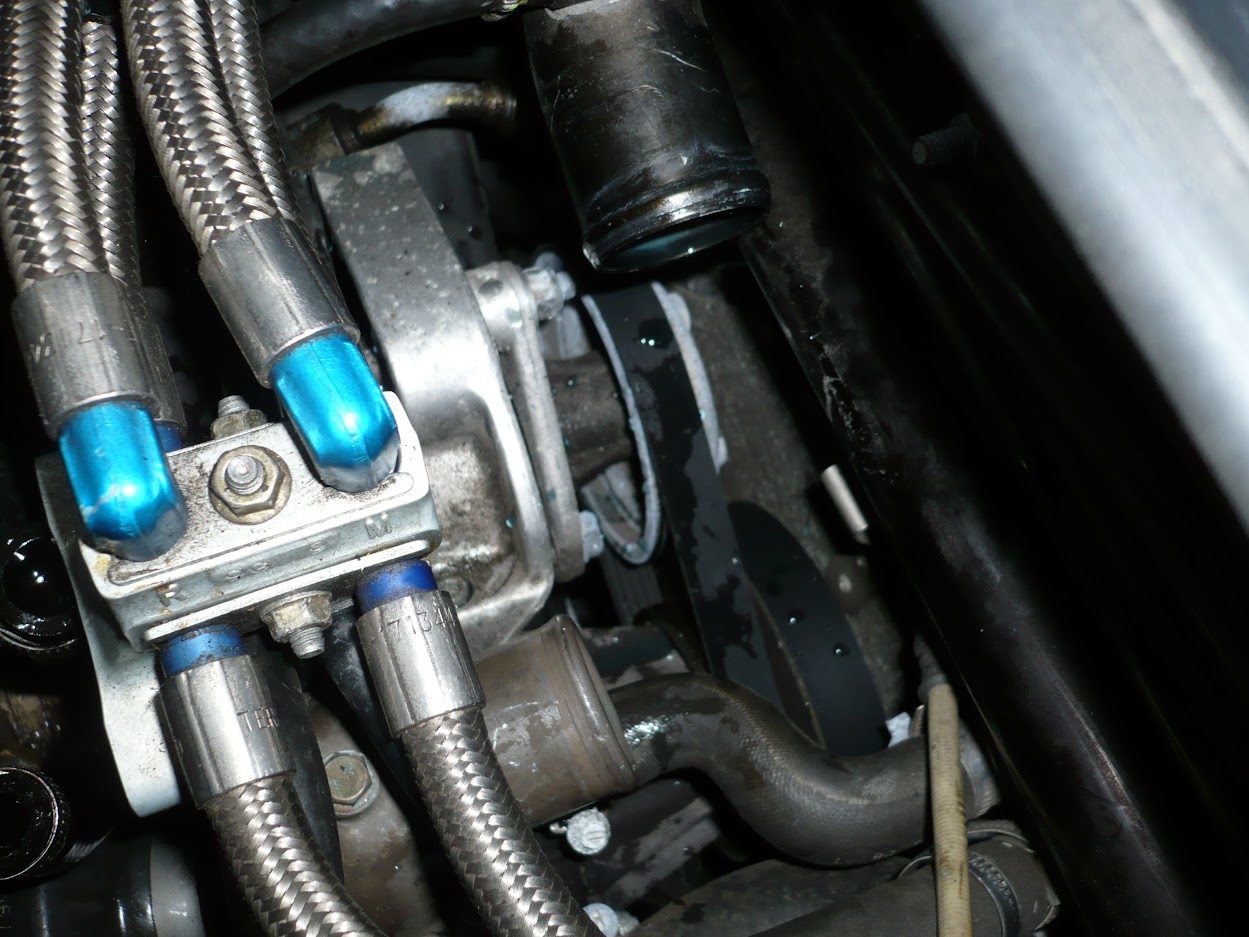 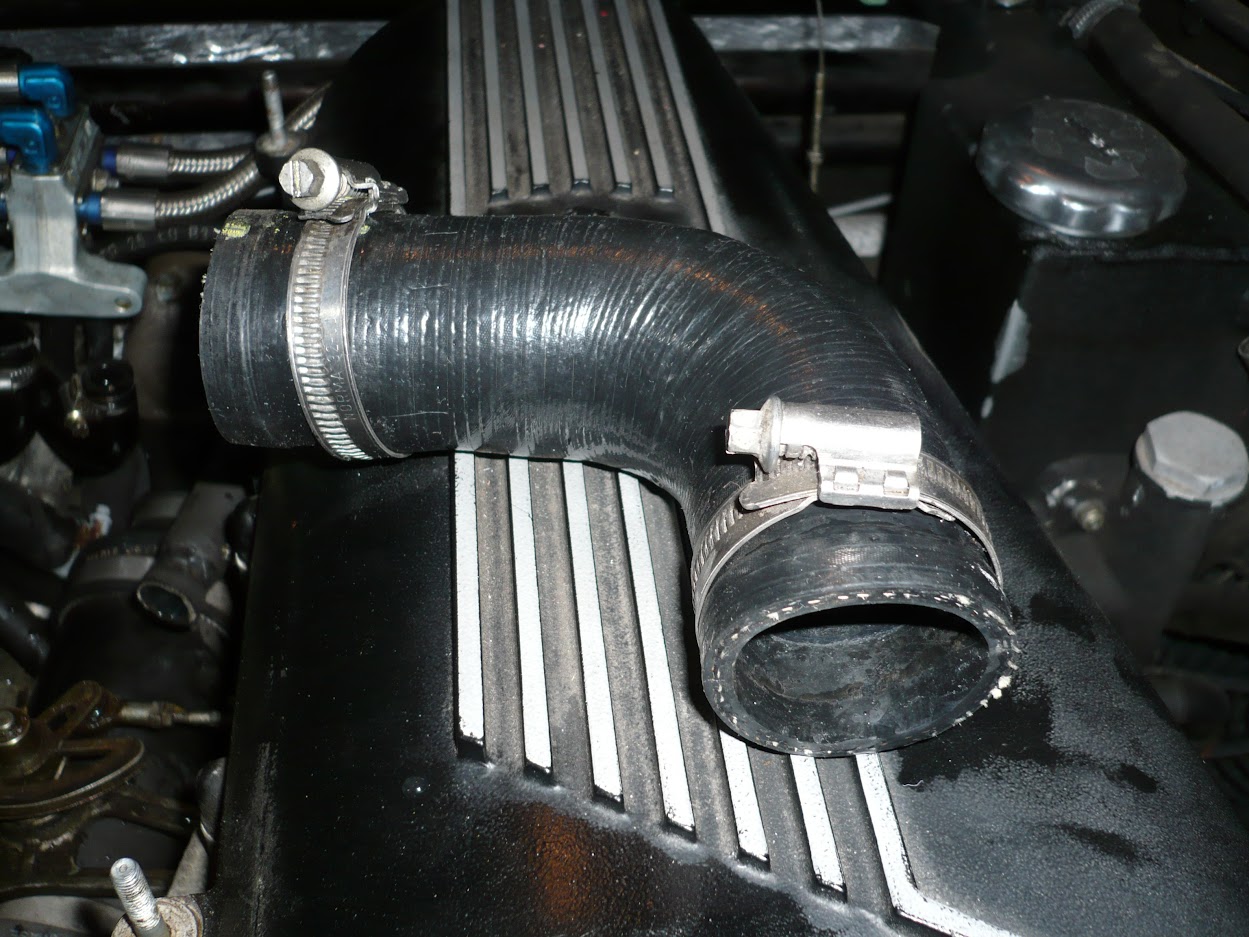 There's another large bulkhead connection at the other side, top right of the image below (already removed in the image): 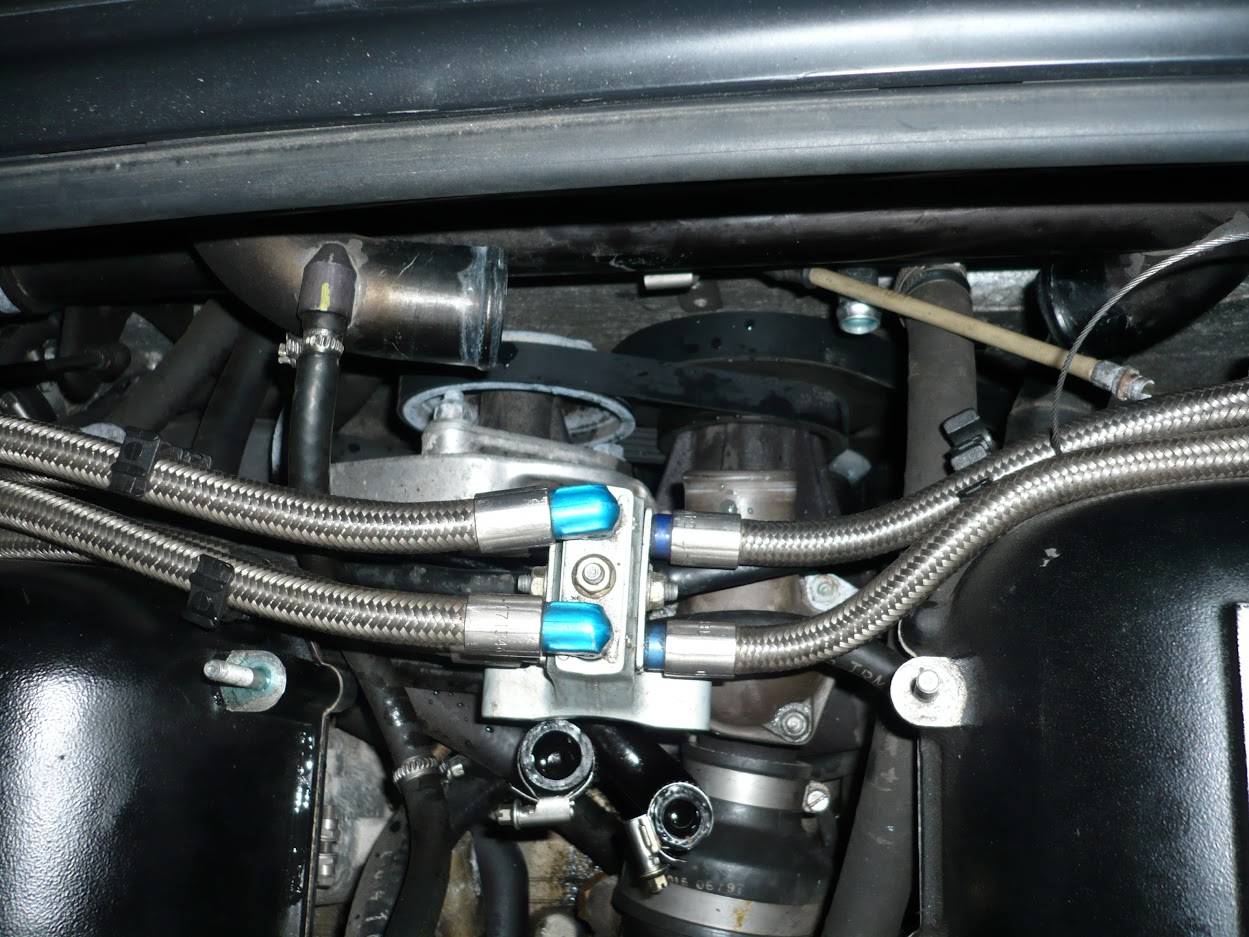 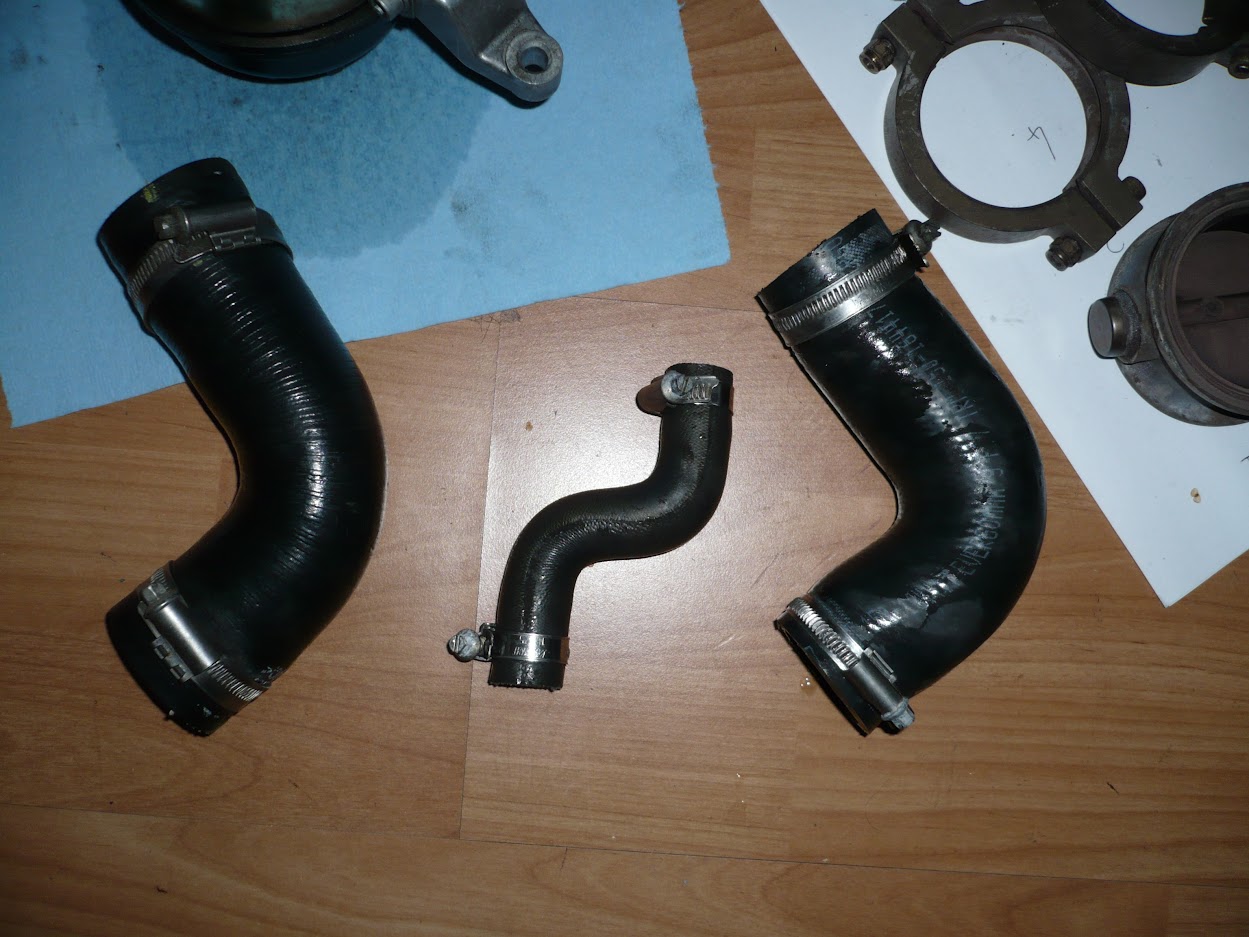