The bypass valve is at the top of the exhaust in the middle. When using the mid rise or 2 post lift method to remove the engine, the exhaust and rear bumper can stay on the car but the catalytic converters and exhaust bypass connection (the Y piece) come out with then engine cradle. It might not be obvious at first but it isn't possible to remove the Y piece from the car unless you remove the exhaust silencer box. The solution here is to just loosen it and leave it sitting on top of the gearbox, and remember to put it back there before reinstalling in the car!  Many would just remove the silencer but I didn't need to so there didn't seem any point.

(I would later wish I'd removed it after I'd hit my head on the tail pipes for about the 500th time). 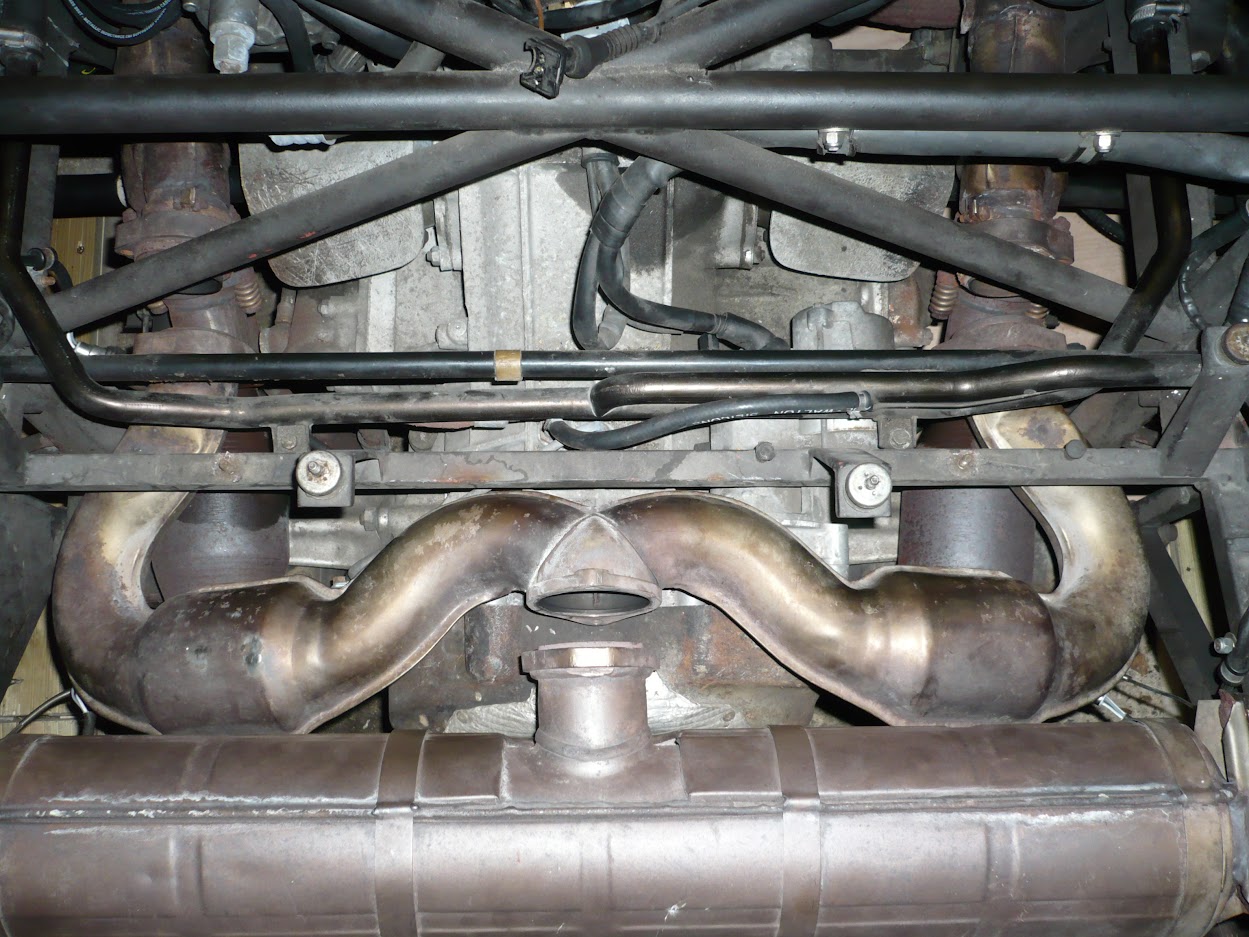 Bypass valve removed above. It's held on by two sprint loaded nut/bolts. The bottom one is hard to get to - you'll need the right extensions and spanners. Also removed here is the bypass valve vacuum pipe, which can be seen lying just above the Y piece.  Incidentally those lumps in the Y pipe are indeed extra catalytic converters known as the 'bypass cats'.

While you're in the exhaust area, undo the main catalytic converters from the exhaust back box on the underside. The main cats will stay attached to the engine when it is dropped away from the exhaust. They're attached to the exhaust with clamps that are very brittle and often break. Mine were replaced a good few years ago with Hill Engineering ones, which are much more suitable for the job and made out of a milled stainless material instead of being cast (which is basically why they are brittle).

In the next image you can see the air injection pipe which is connected to both the left and right exhaust headers via a short length of silicon pipe and a one way valve. It's easy enough to remove - just a couple of nuts holding it on and the jubilee clips to undo. 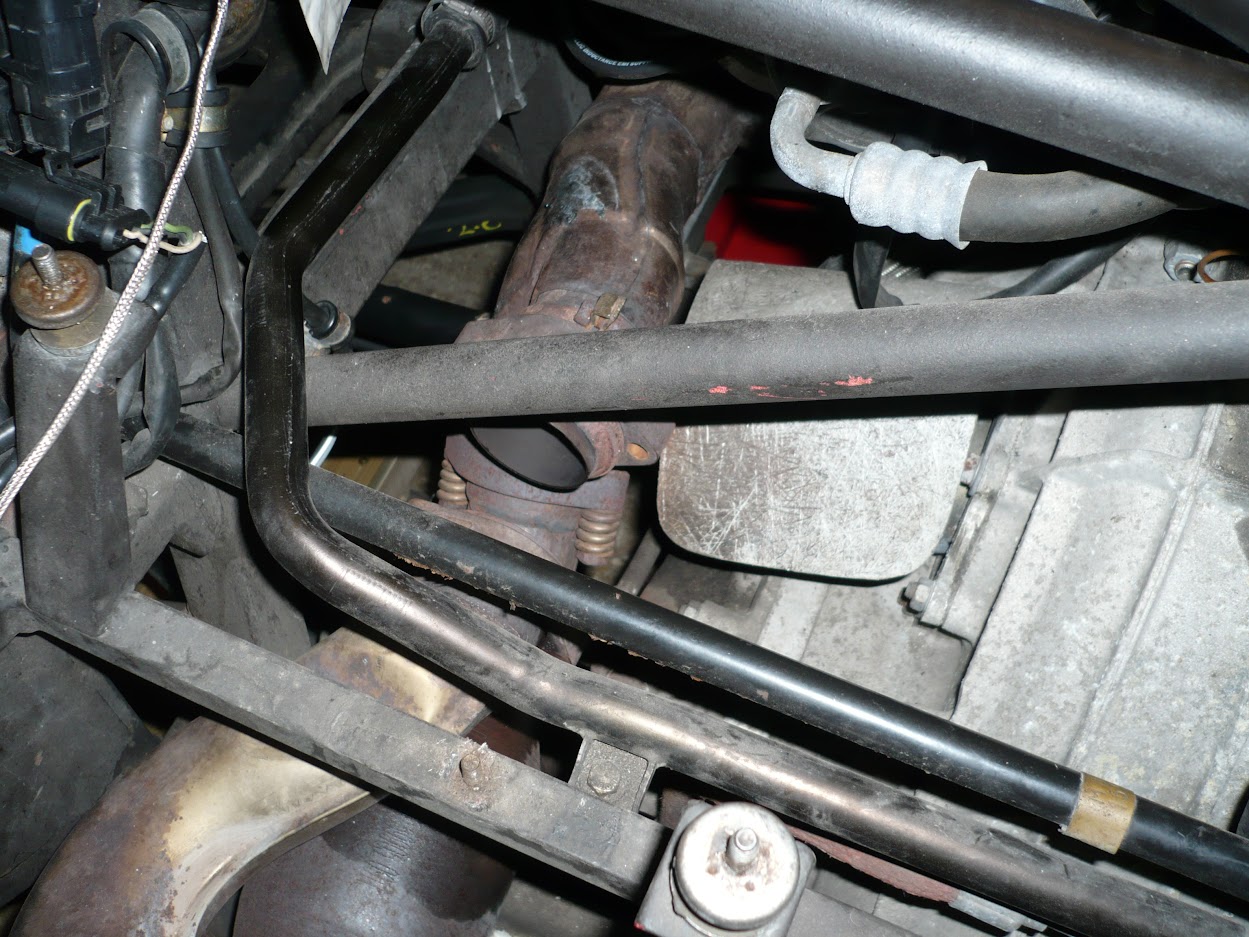 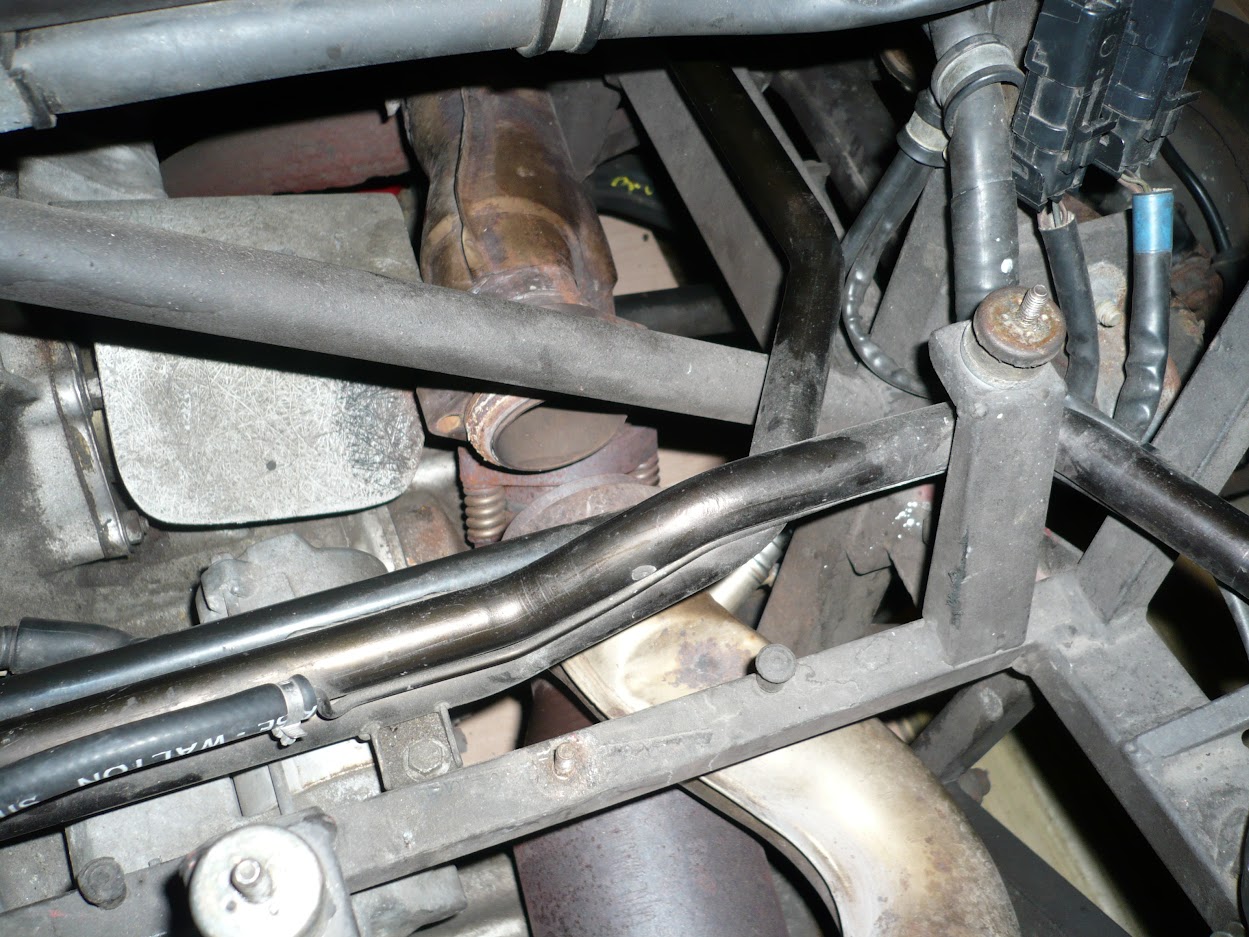 It's not pictured but there are some vacuum and air connections to remove at the rear right of the engine bay where the air injection pump and vacuum canisters are located.

You can also see in these images that I have disconnected the Y pipe from the upper exhaust header connections. In truth this probably wasn't needed at this point but I'd thought I could remove the pipe and didn't realize that the engine frame would not let it come out.