This is one of those jobs I didn't think I would be doing. Way back when I cleaned the gearbox housing and engine block up, I used a product called AluBrite. It's basically an acidic product that dissolves aluminium corrosion. When I used it on the clutch cover I was unimpressed with the results. The clutch cover has a subtly different colour to the gearbox housing and it seems like it may not be the same material. I just couldn't get a good finish on it with the either the alubrite or a wire brush in a drill. So, despite it sitting behind the exhaust and only about 5% of it ever being visible (below the bumper) I decided to give it the same treatment as I gave the exhaust manifolds.

This is what I was dealing with. As you can see the finish is sort of streaky, and there's white visible on the bottom (not the best pic to spot that - it's below the ferrari script); 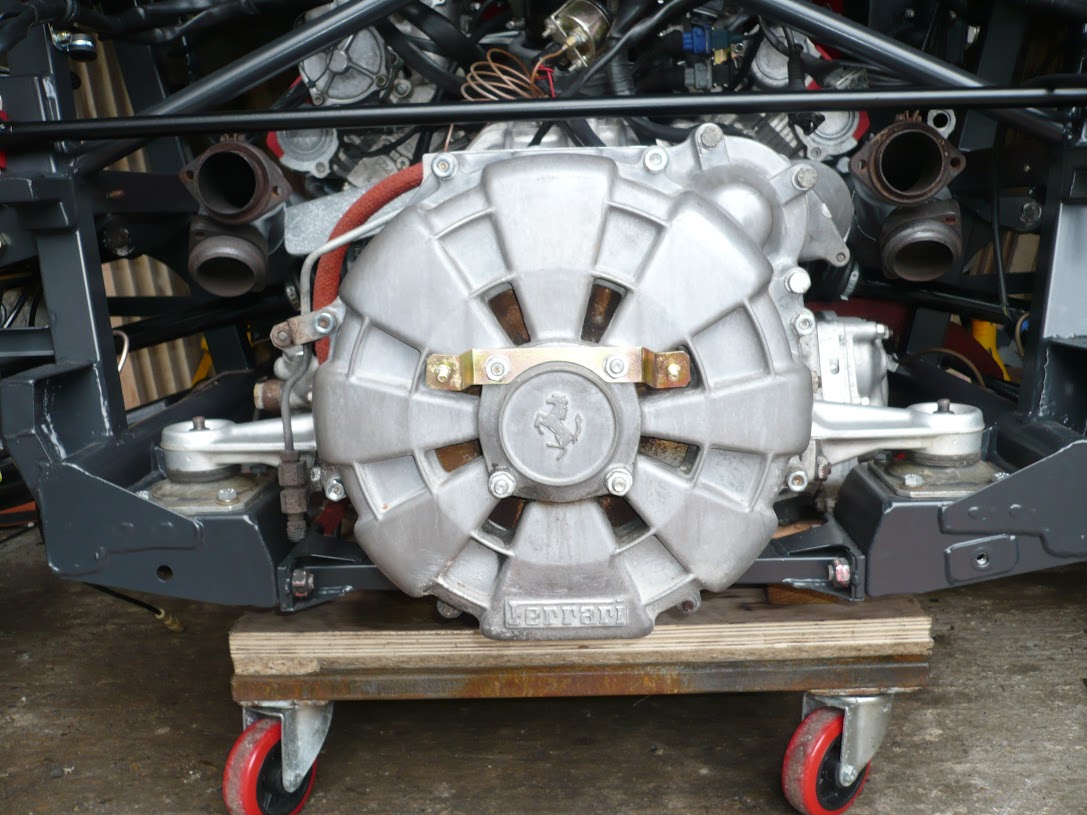 So first thing to do was to unbolt it. When you do this the whole clutch assembly just pulls off. It's one of the clever engineering features of the 355 - the clutch is accessible without having to split the engine and gearbox.

Behind the plate in the middle is a bearing: 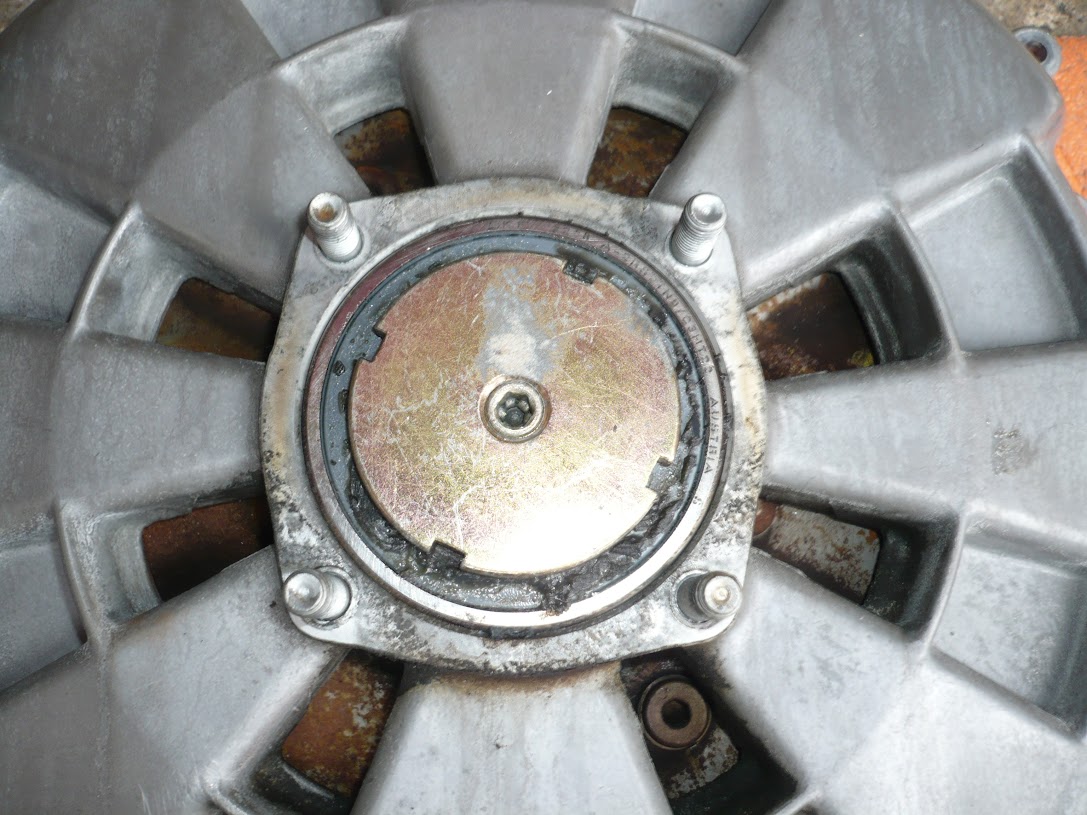 This requires a special tool to remove it. You're actually detaching the clutch from the cover when you unfasten this. There's an allen screw in the middle to undo first. For another car I worked on I made a tool up to get something else off - can't remember what it was now but I remember I was swapping an engine at the time - so I grabbed this special tool which had been sitting in the corner of the garage going rusty since I last used it, and adapted it to fit the new situation. It's not the most beautiful thing in the world but it worked: 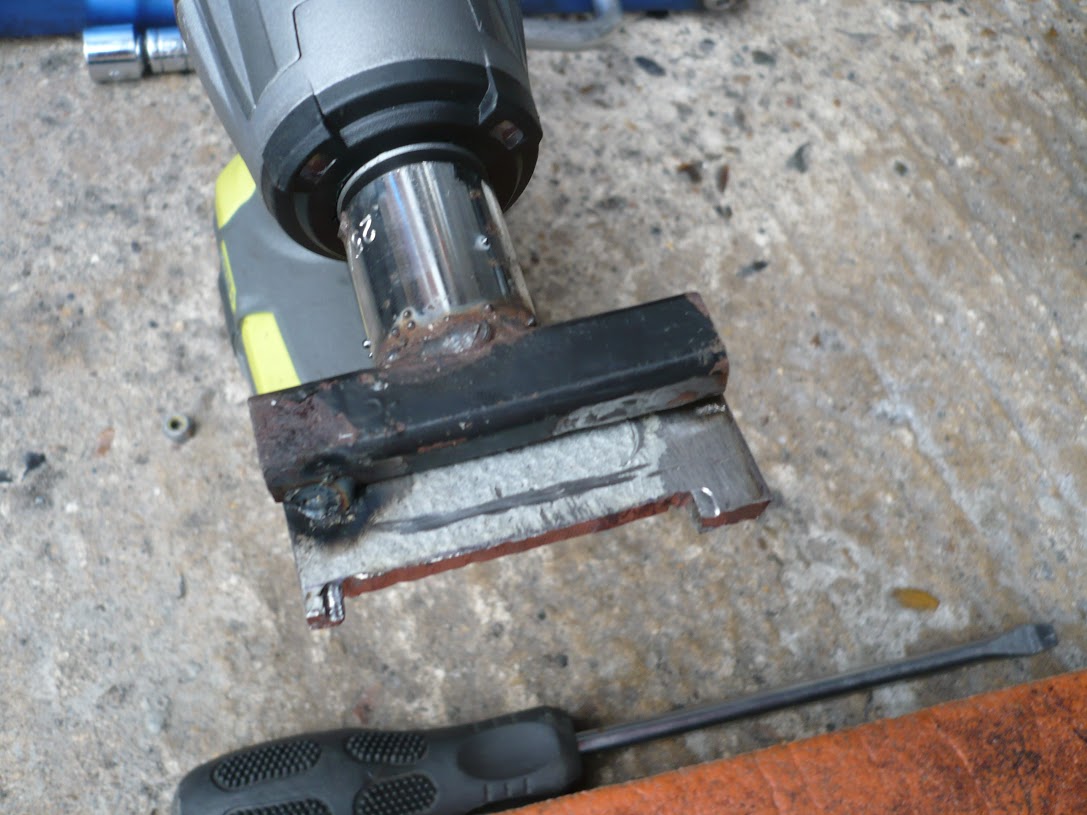 You can see here the bearing has thrown some of its grease out but not too much. I tried to get a replacement but couldn't find one for a reasonable price (the OEM one was crazy money) so in the end I decided it was fine and could be re-used. It didn't make any noise or have excessive play in it. 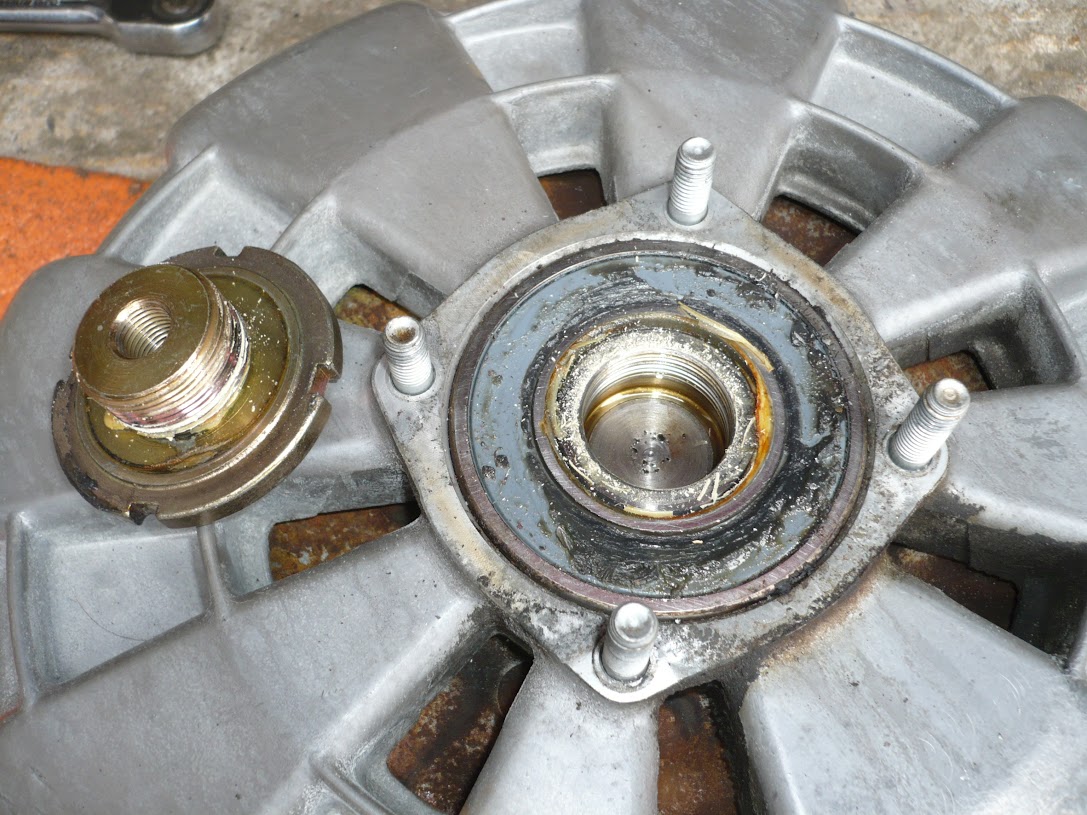 The next thing to do it to push the clutch out of the centre of the bearing. This one isn't very tight and the press made light work of it: 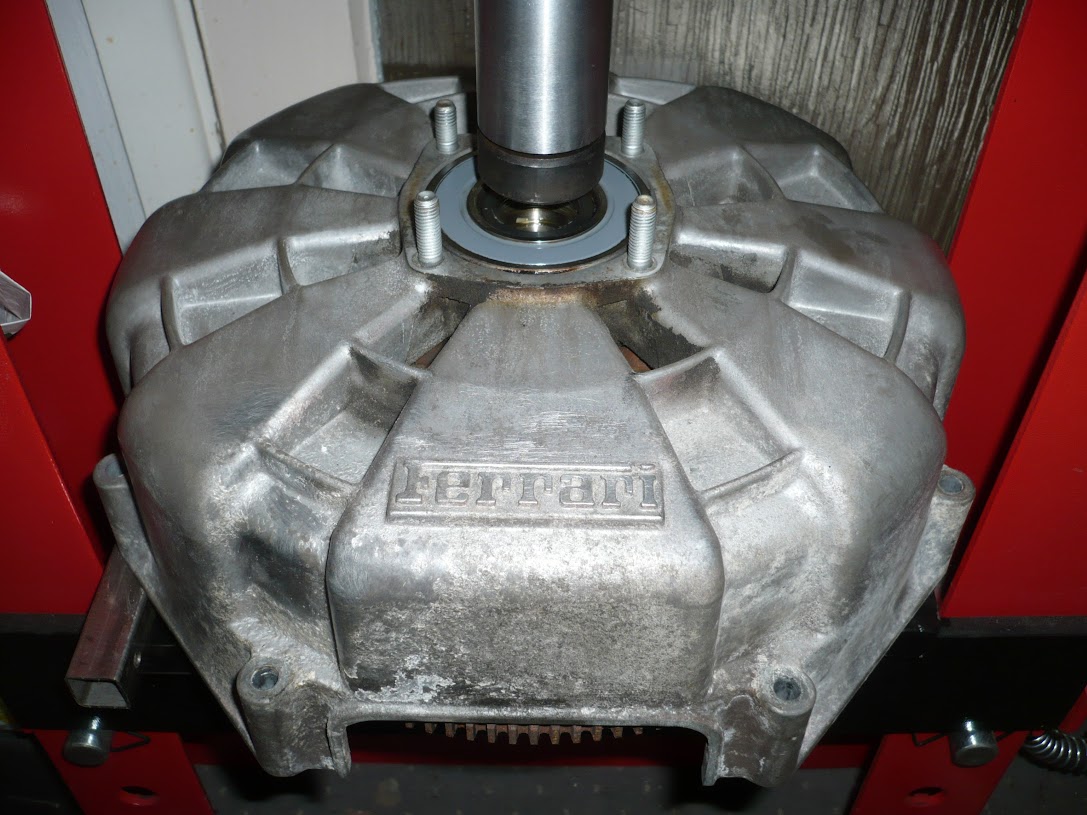 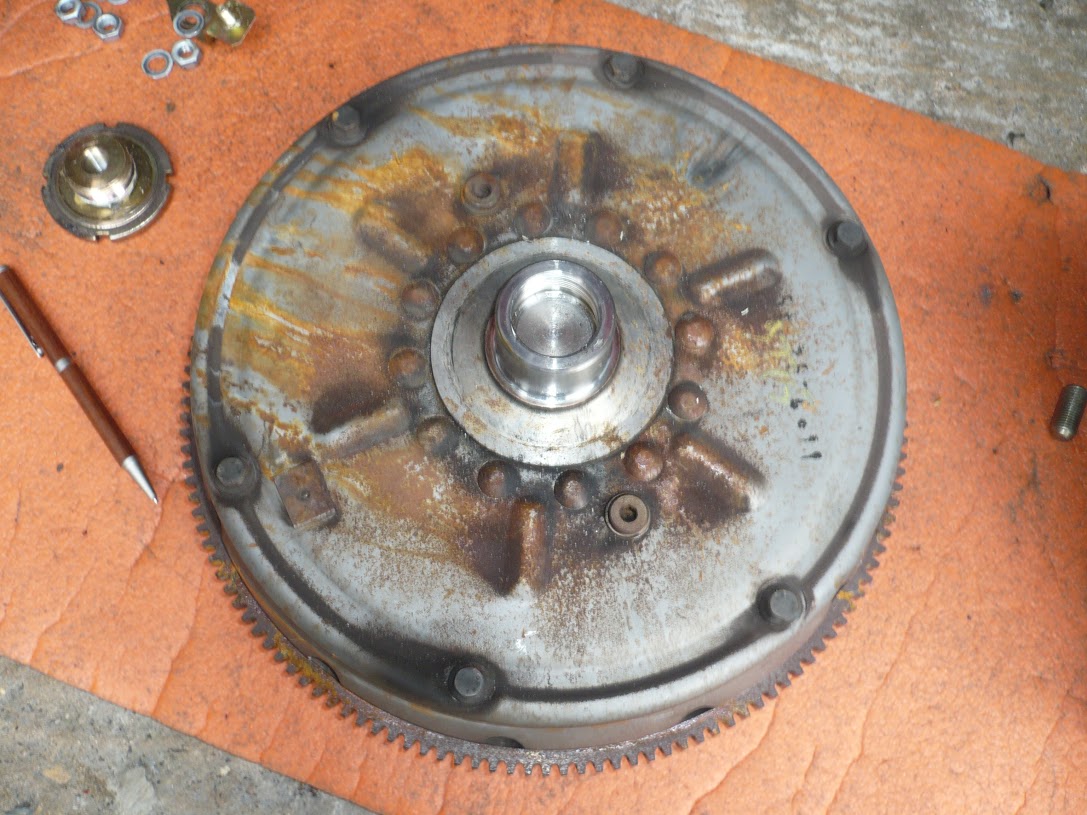 I then used the press to remove the bearing: 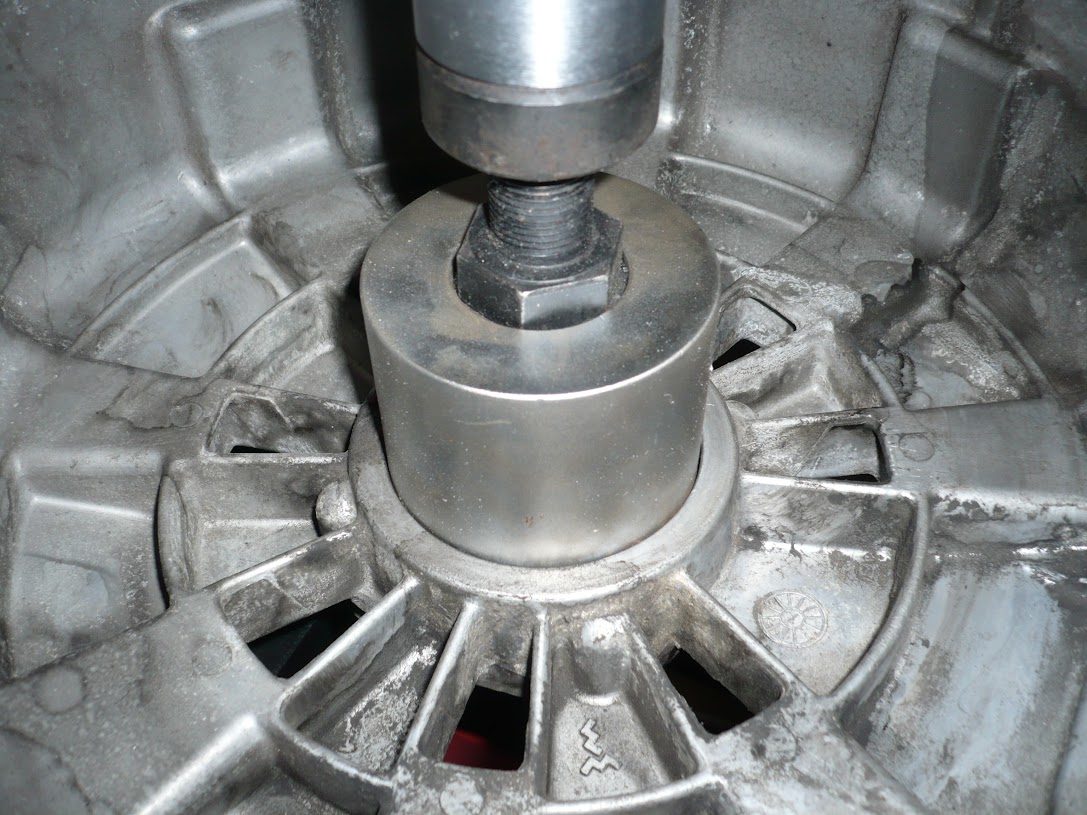 I was having to go quite carefully here because of the way I had the casting supported. It could easily have broken. I didn't really want to put the force through the studs though as they could have bent. I think I was taking a bit of a risk doing it this way but I went slowly and watched the pressure gauge to make sure it wasn't building up i.e. the bearing was moving every time I operated the press: 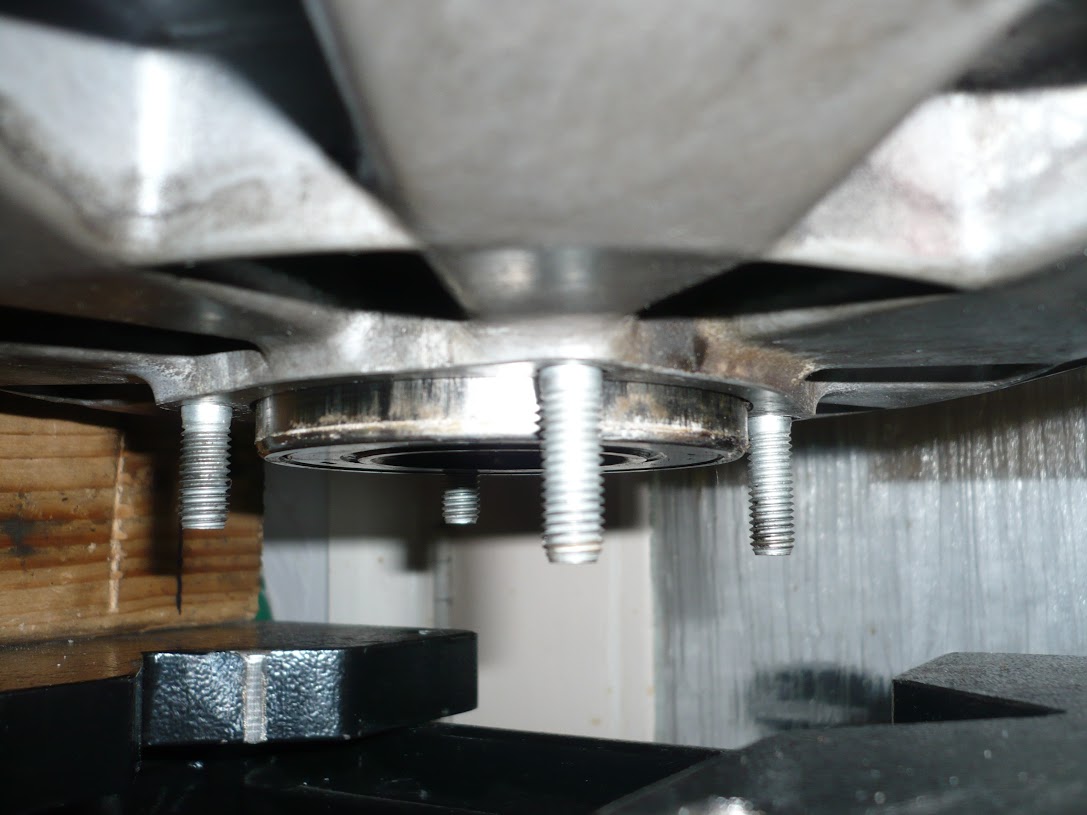 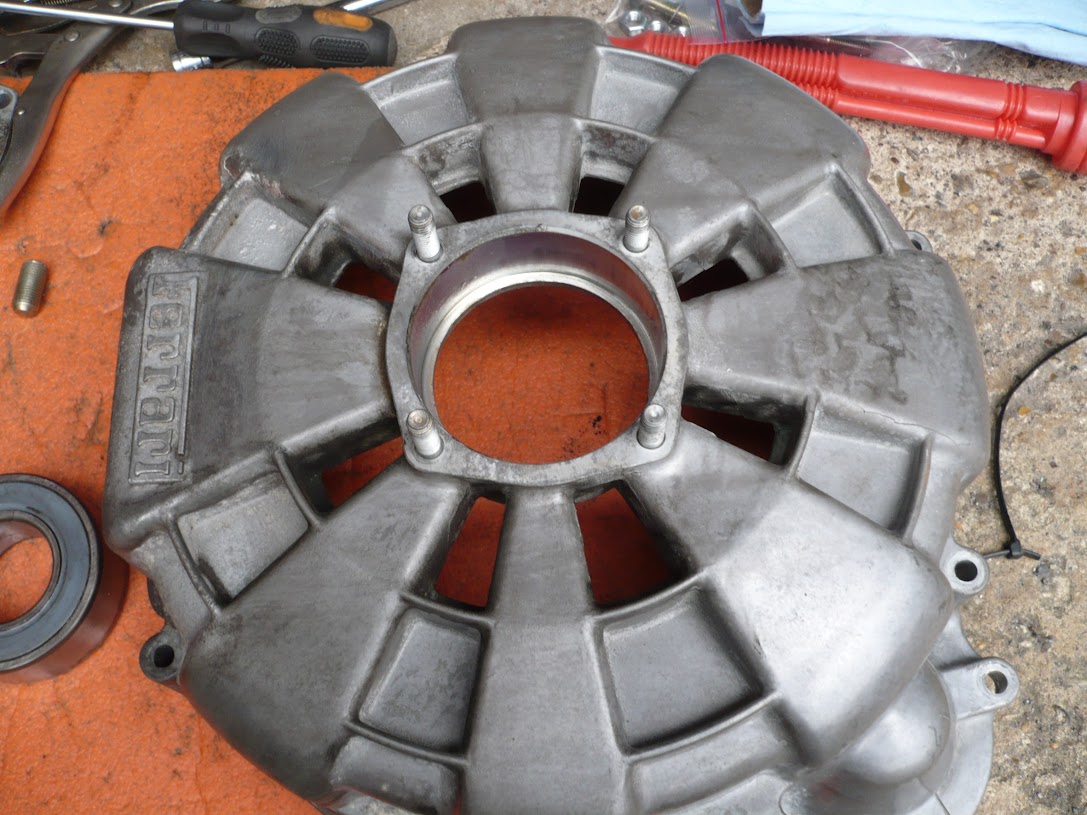 I then masked up the studs and the mating face, and gave it several coats of high temperature paint, after a bit of time under the sand blaster which was super helpful in preparing the surface for paint and removing the corrosion at the bottom around the 'Ferrari' script and on the underside. I was using the same VHT flameproof stuff here as I had some left from the manifolds, so both parts were done with white primer and silver top coat: 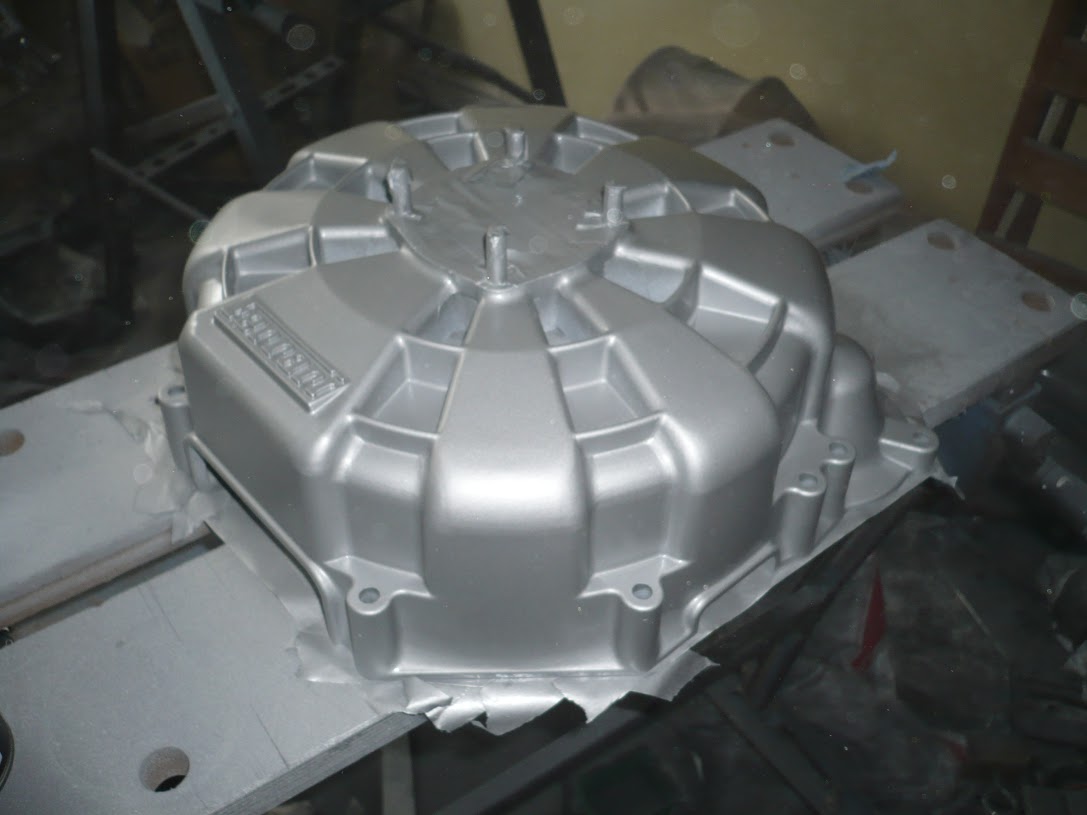 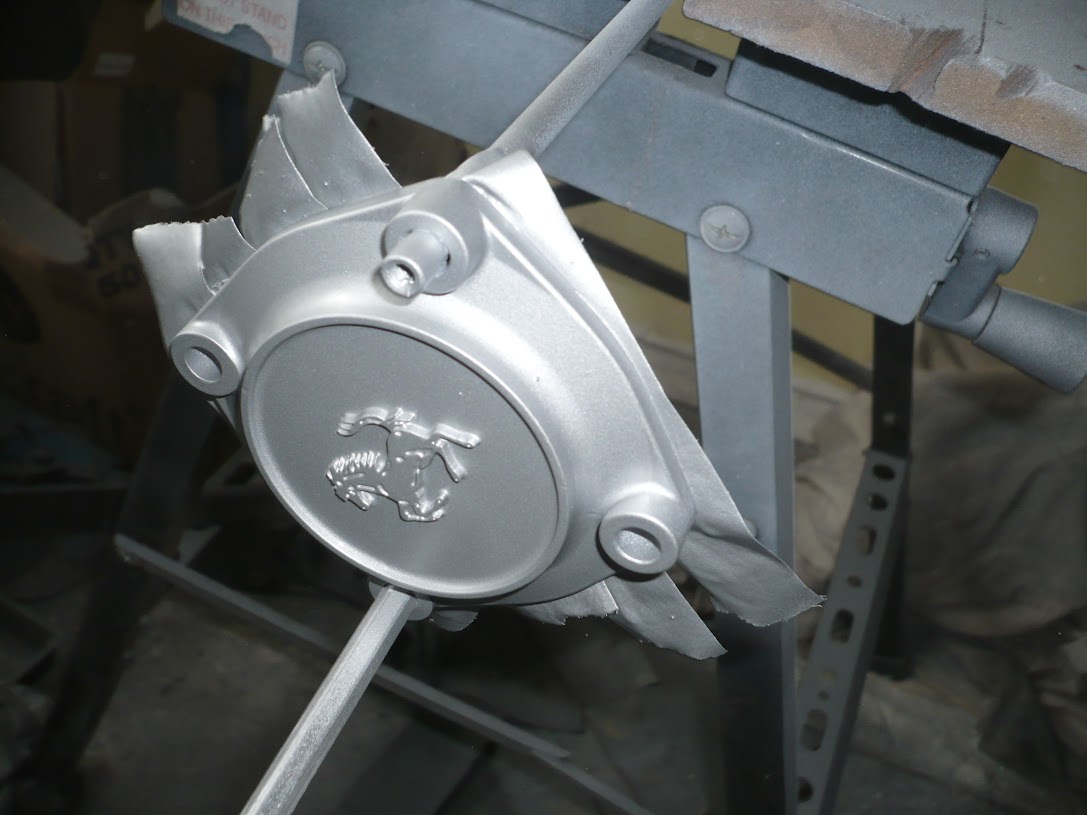 The paint requires curing in the oven. This time the piece was small enough to fit so in it went. The observant among you will notice the cover plate is sitting on top at 90 degrees to how it should be here - that's why the studs look like they are odd lengths. 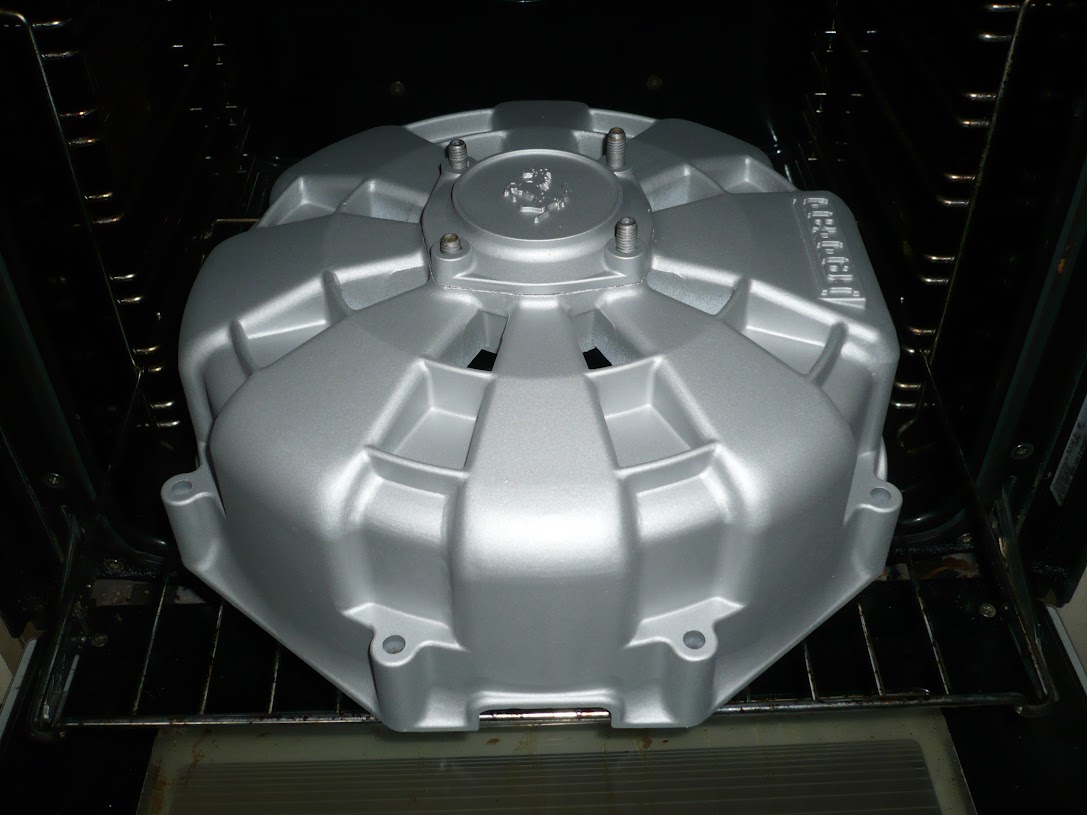 After cooldown, I pressed the bearing back in. This time I supported the casting better as well: 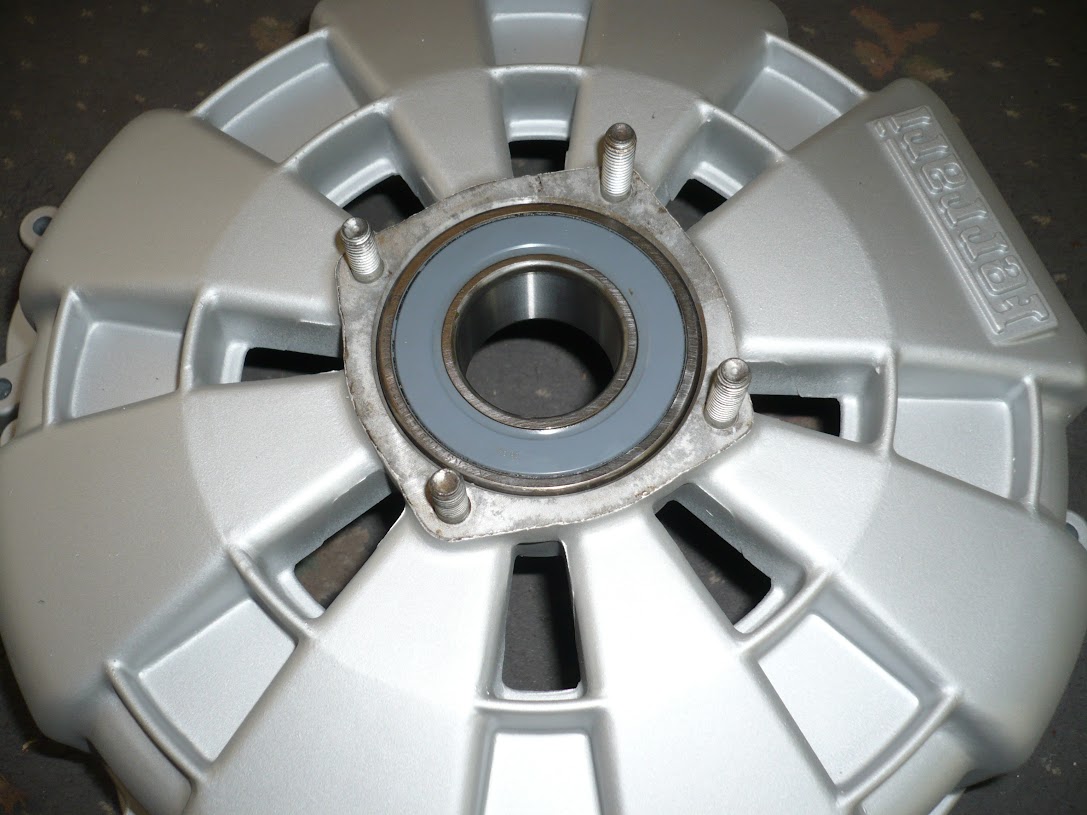 And then reinstalled the clutch and the locking ring into it; 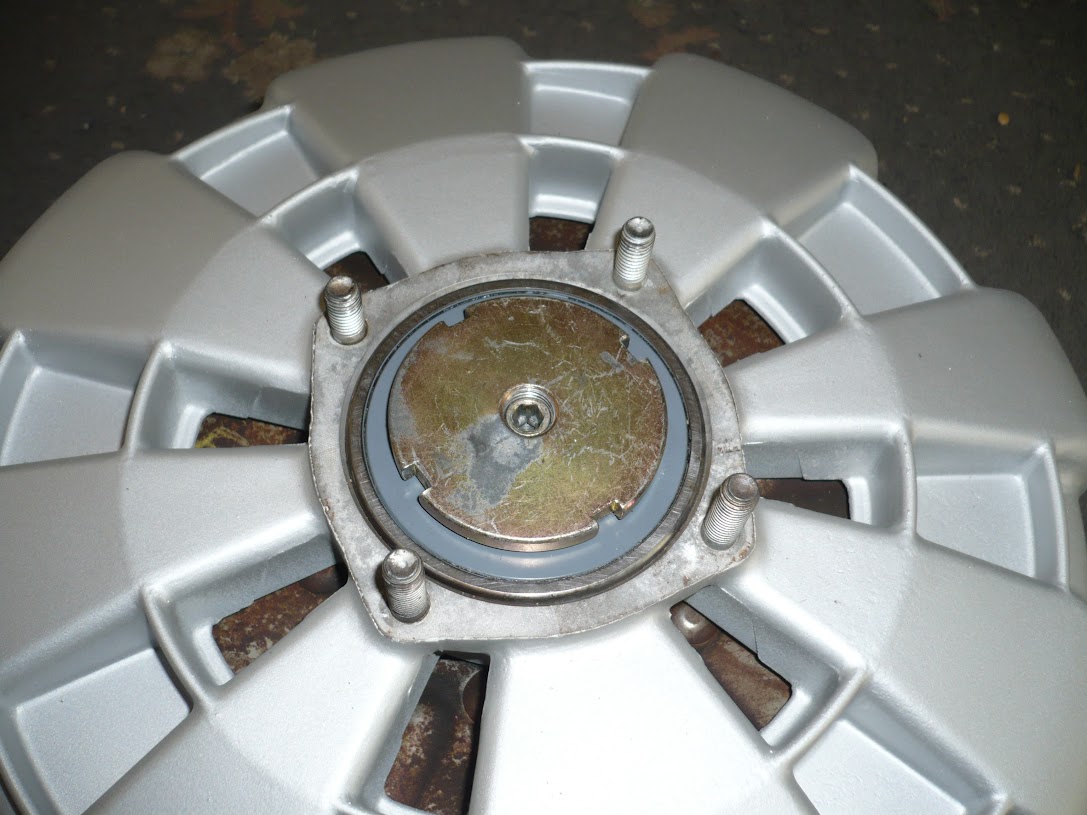 Before I put the clutch housing back on the engine, I installed new triple seals. I bought Viton seals from Superformance as they are supposed to be better than the originals and can be stretched more easily as well for installation (the originals are notoriously difficult to install). I used cutters to remove the old seals and masked off the splines on the shaft: 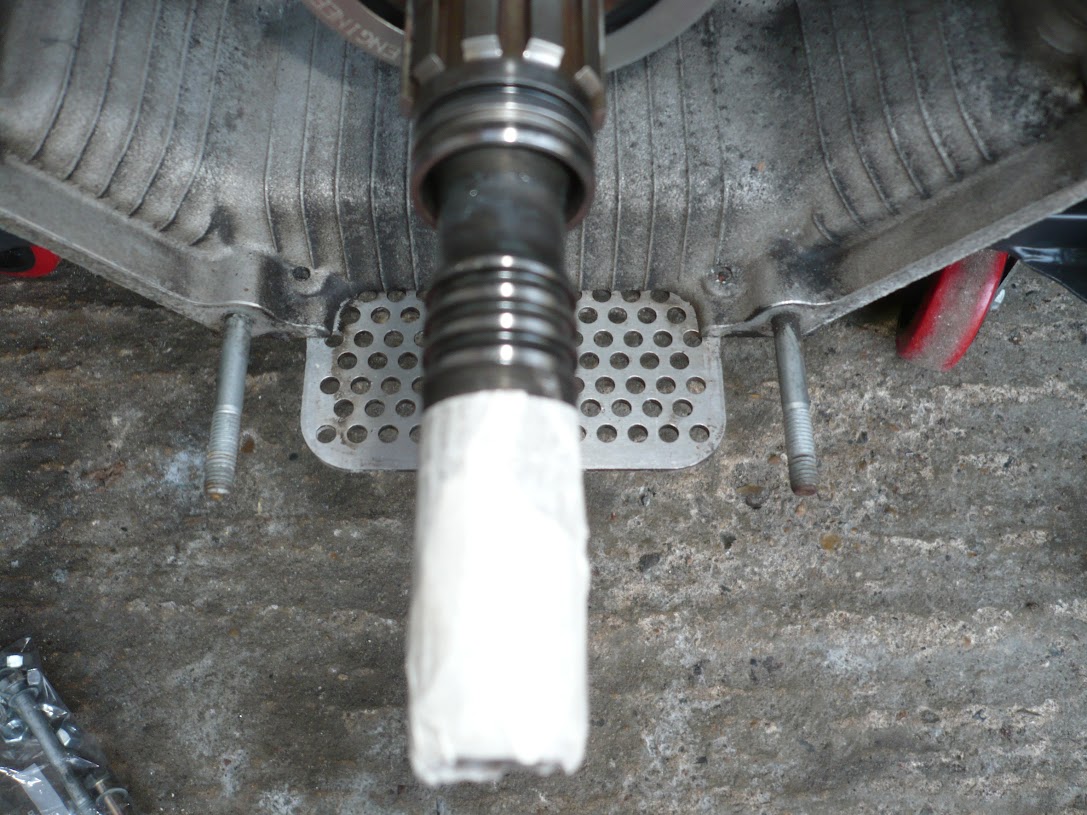 Then the new seals were slid on: 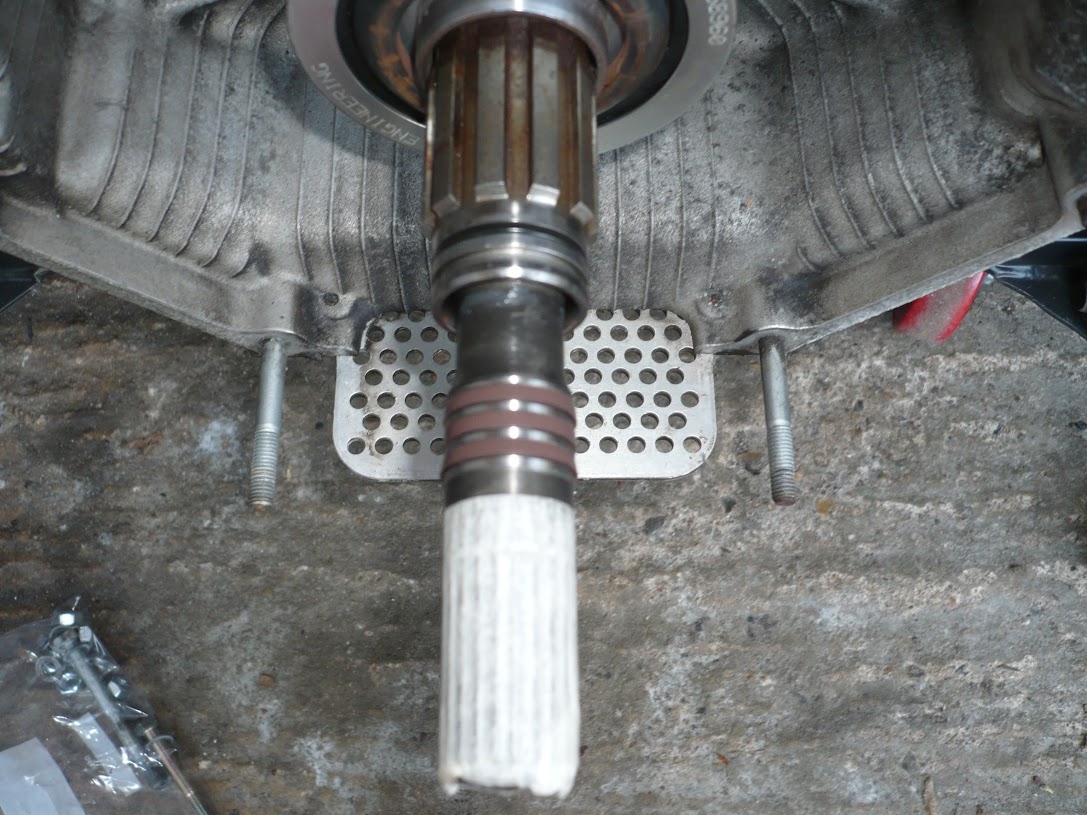 And the split ring reinstalled. I recall this was a bit awkward to get back on so I fought with it for 30 mins or so: 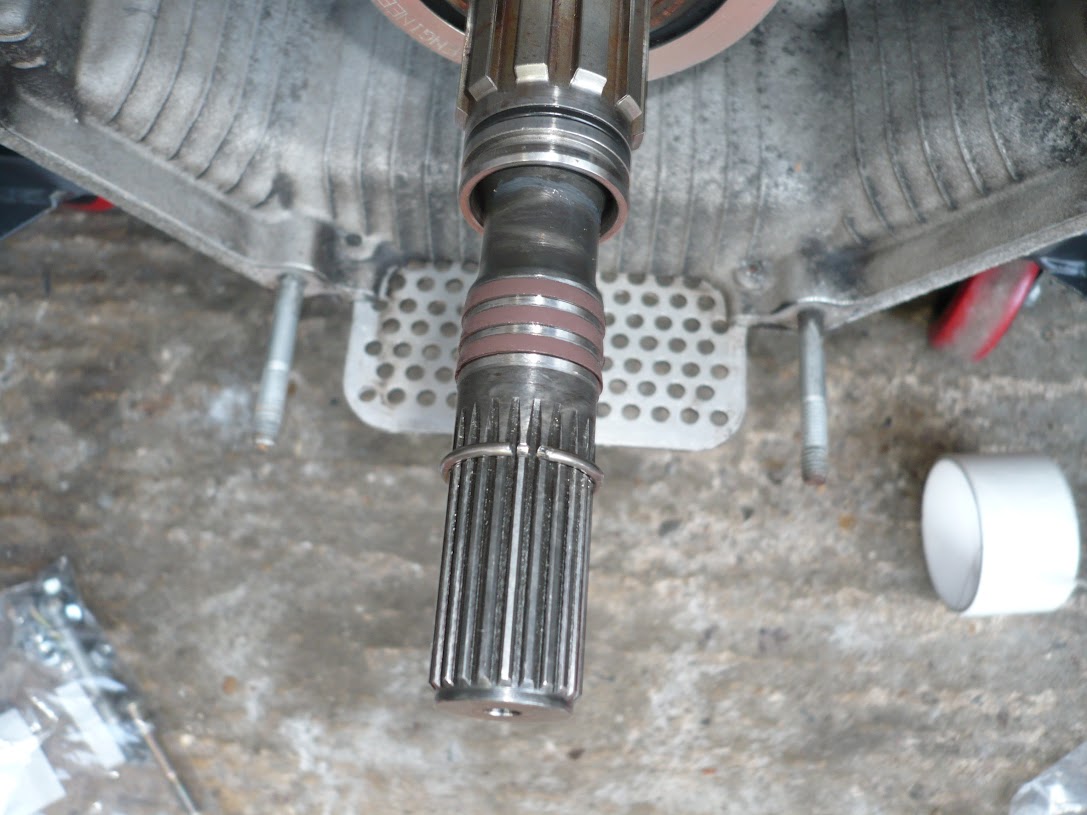 The shaft then pushes back inside the outer shaft before the clutch goes back on. I rebuilt the cover plate and the heat shield mount back onto the clutch before reinstalling it: 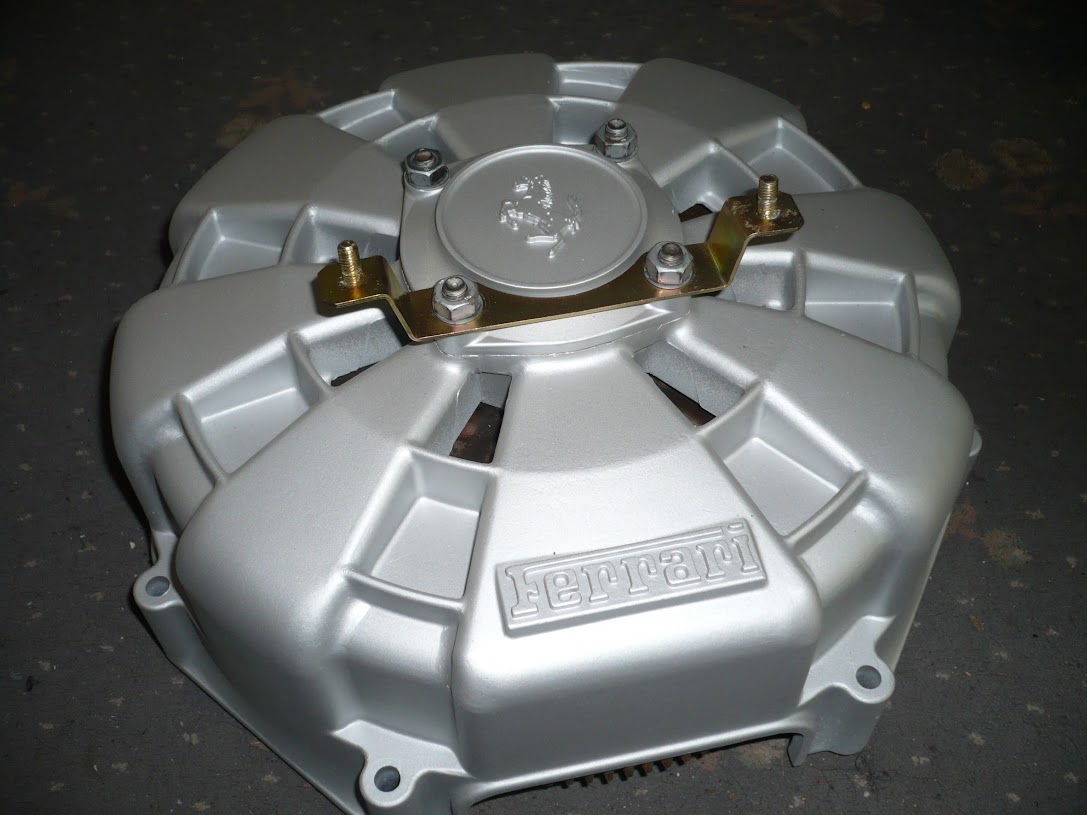 And then finally it was bolted back on; 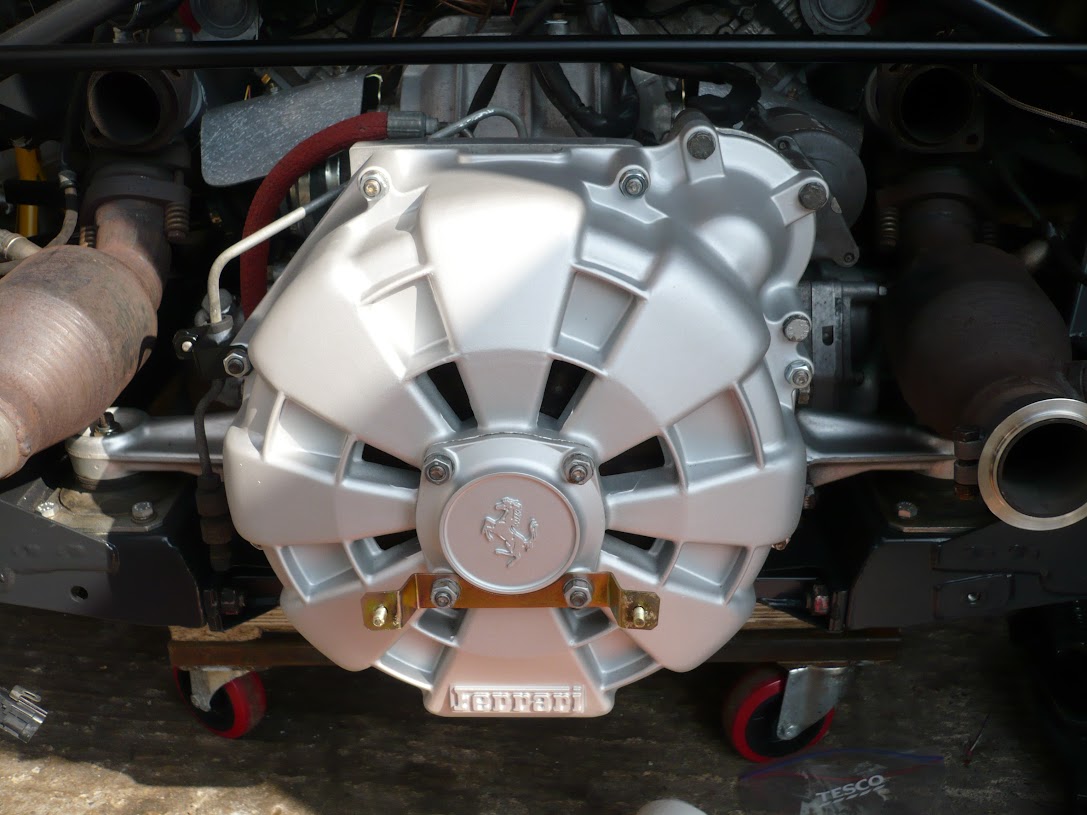 As part of this exercise I did another small powder coating job: 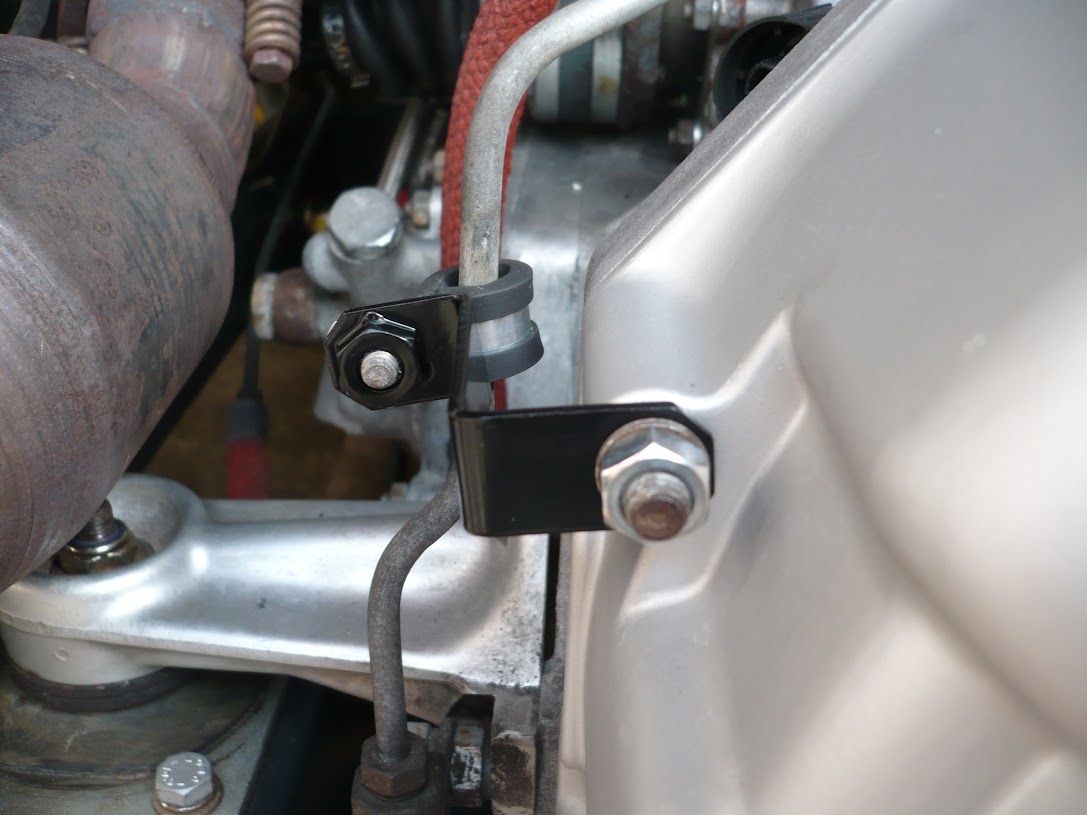 The final step was to install new heat shield material on the fibreglass cover, and reinstall it over the clutch cover; 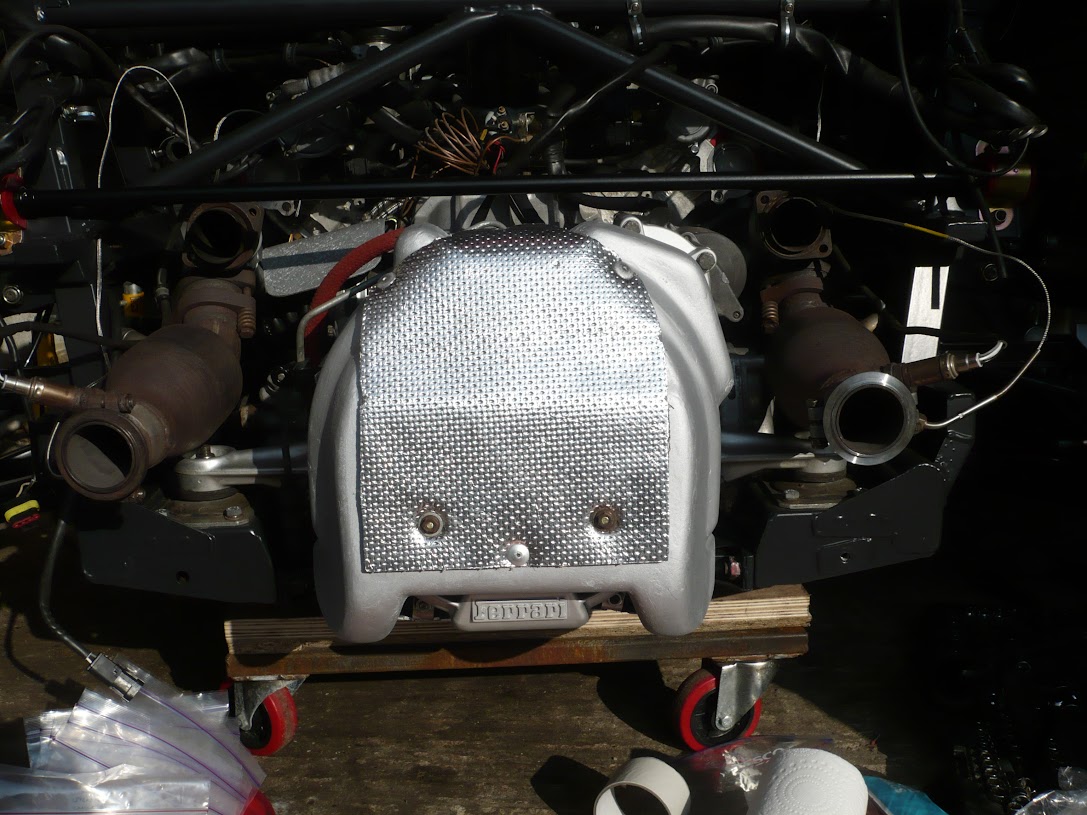 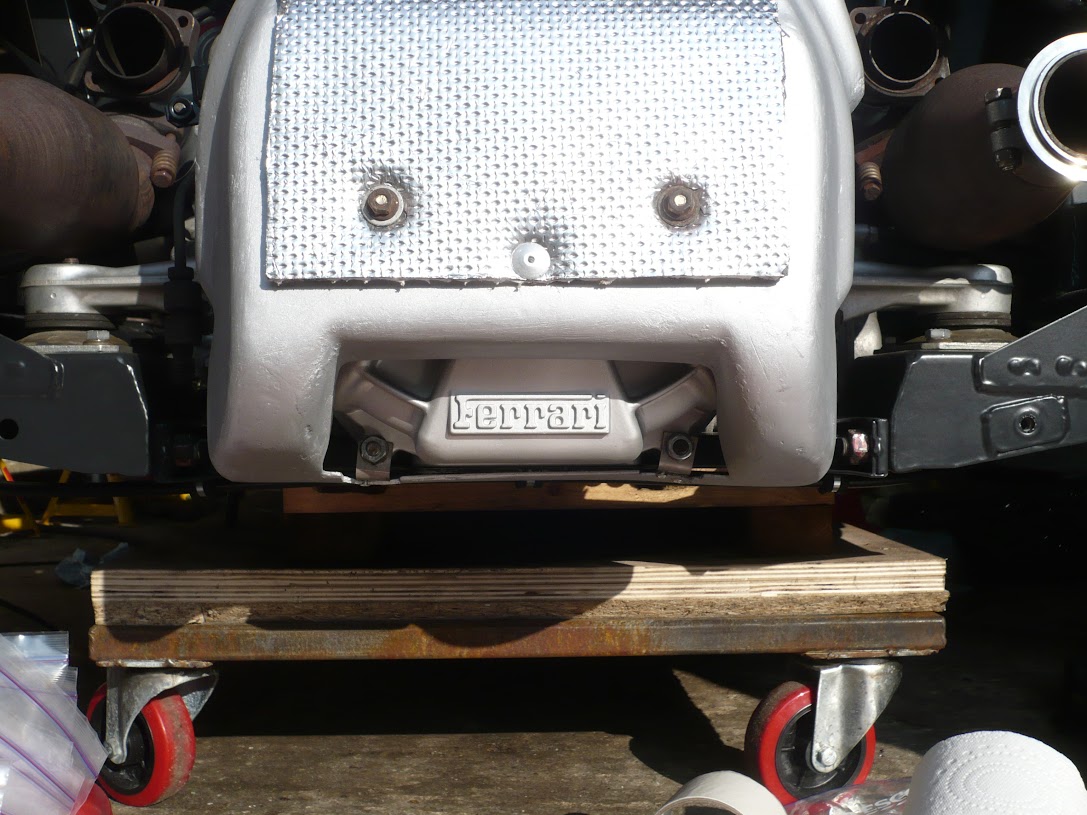