With the hubs now on, I could then install the ARB. First, I bolted the new droplinks to the hubs; 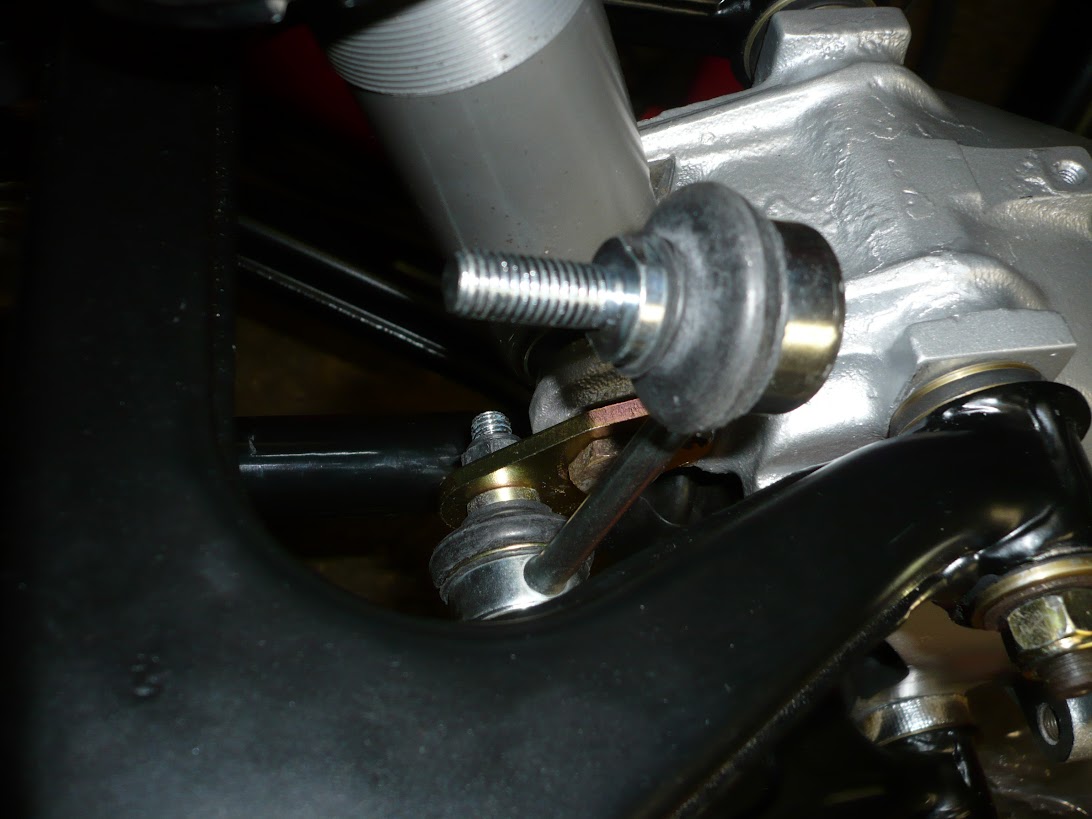 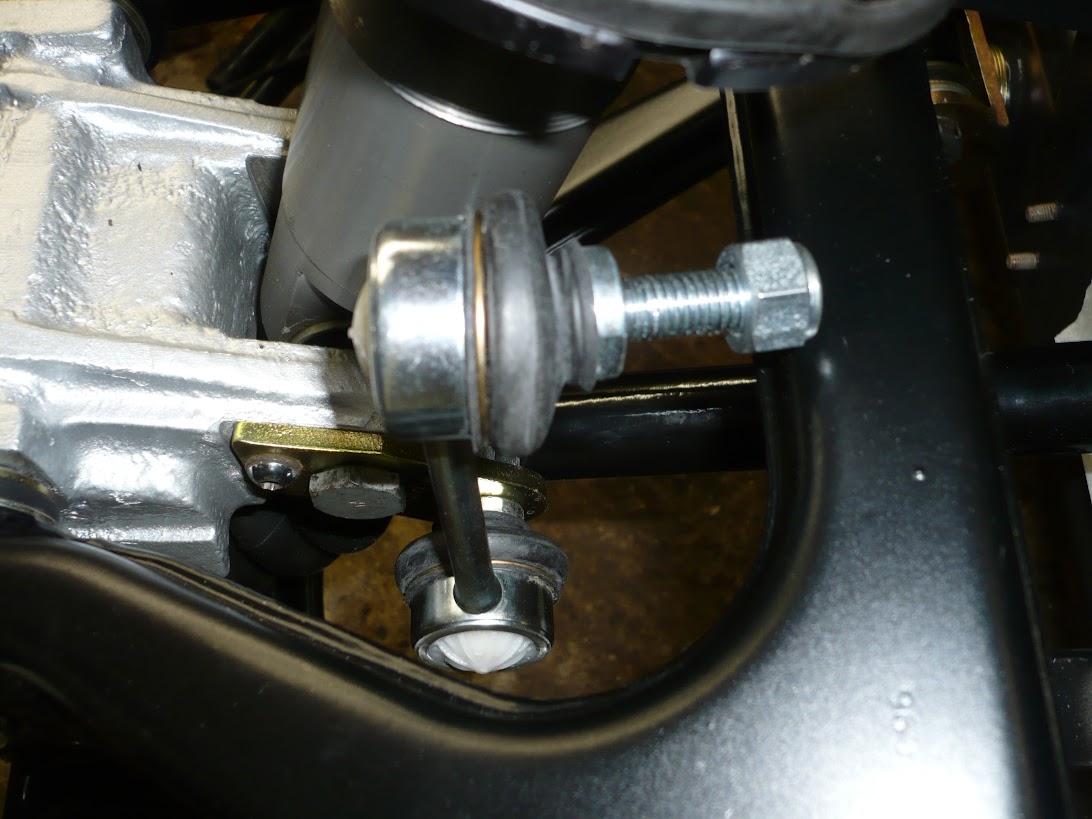 I then fitted the bushes onto the ARB and slotted the clamps over them; 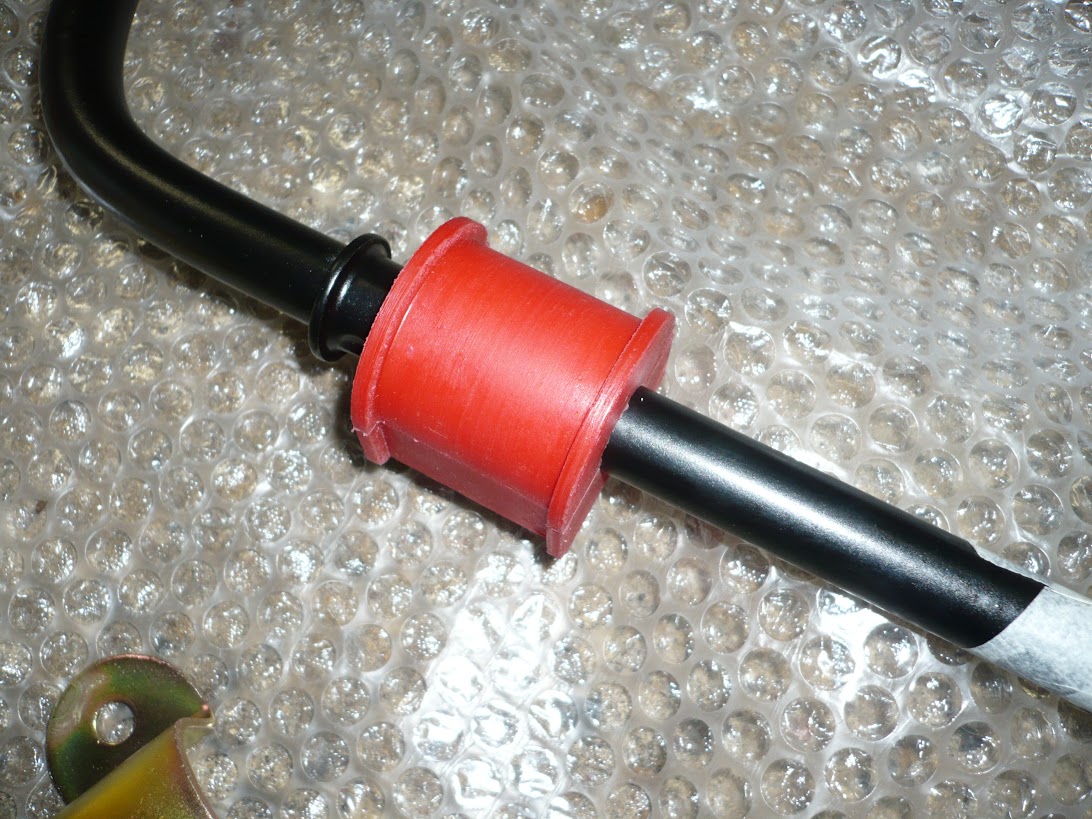 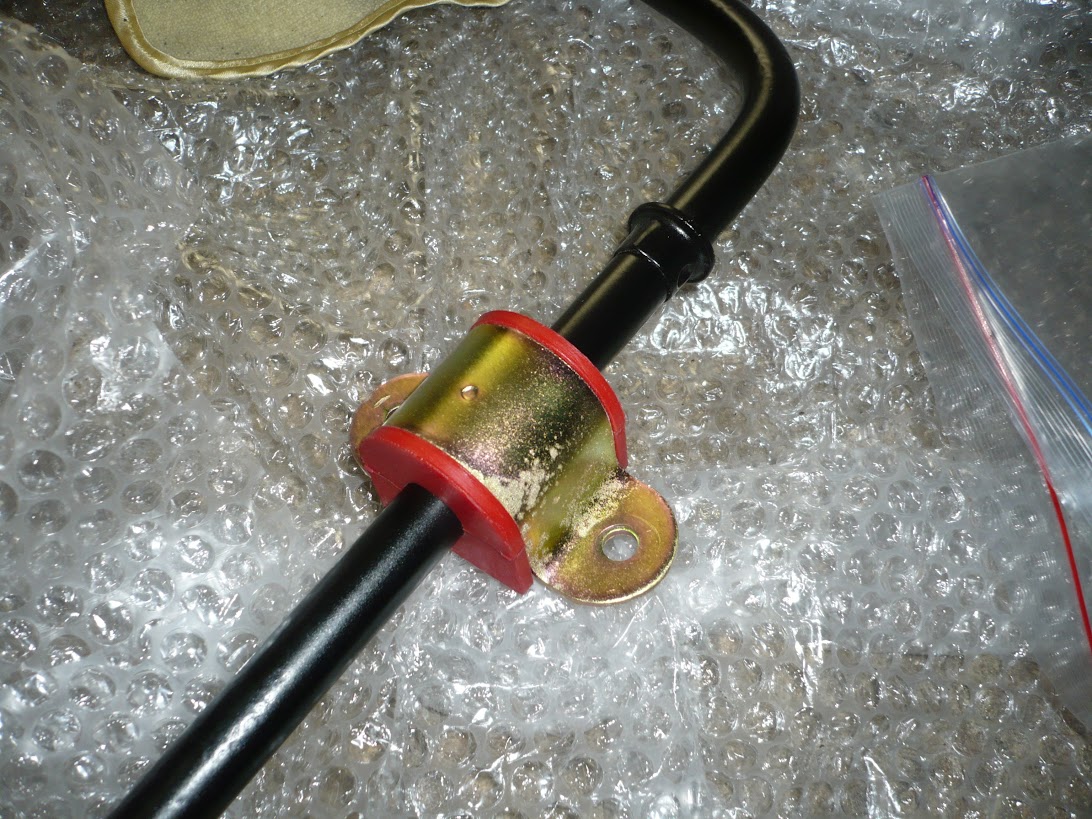 I then removed them again when I realized I had them the wrong side of that flange! And then offered the ARB up to the frame and bolted it on. With the ARB supported on the bushes I could then attach the droplinks: 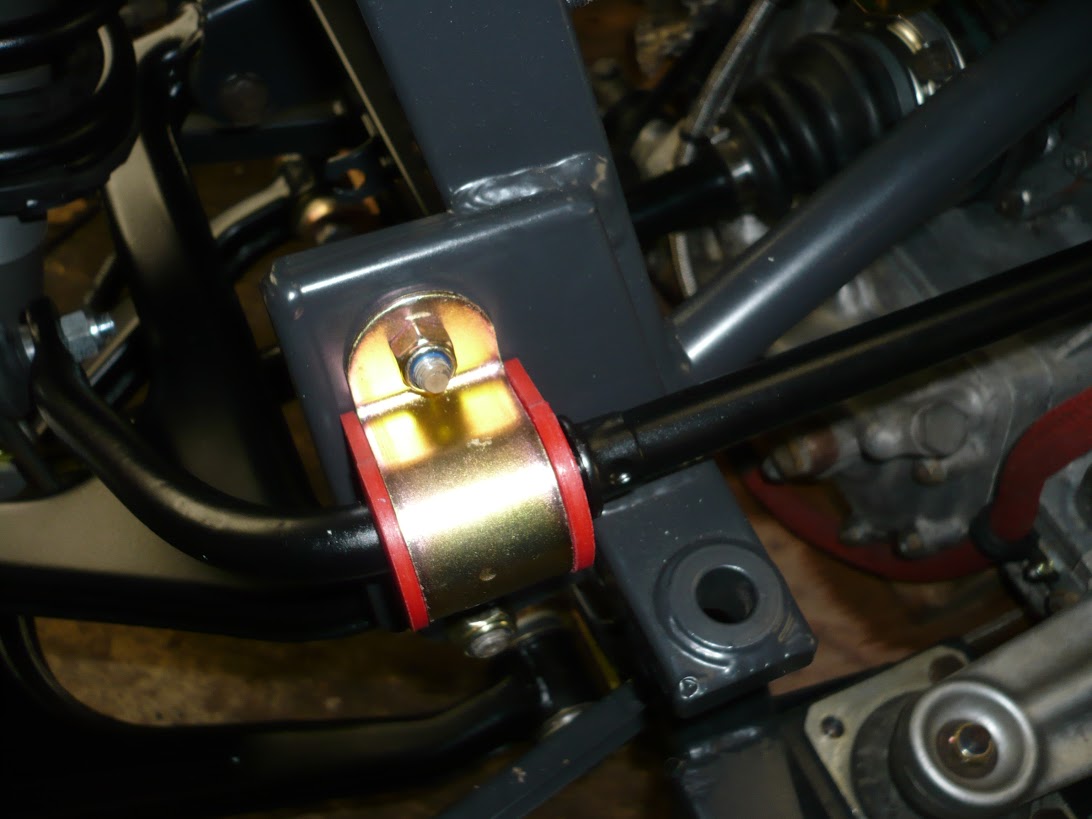 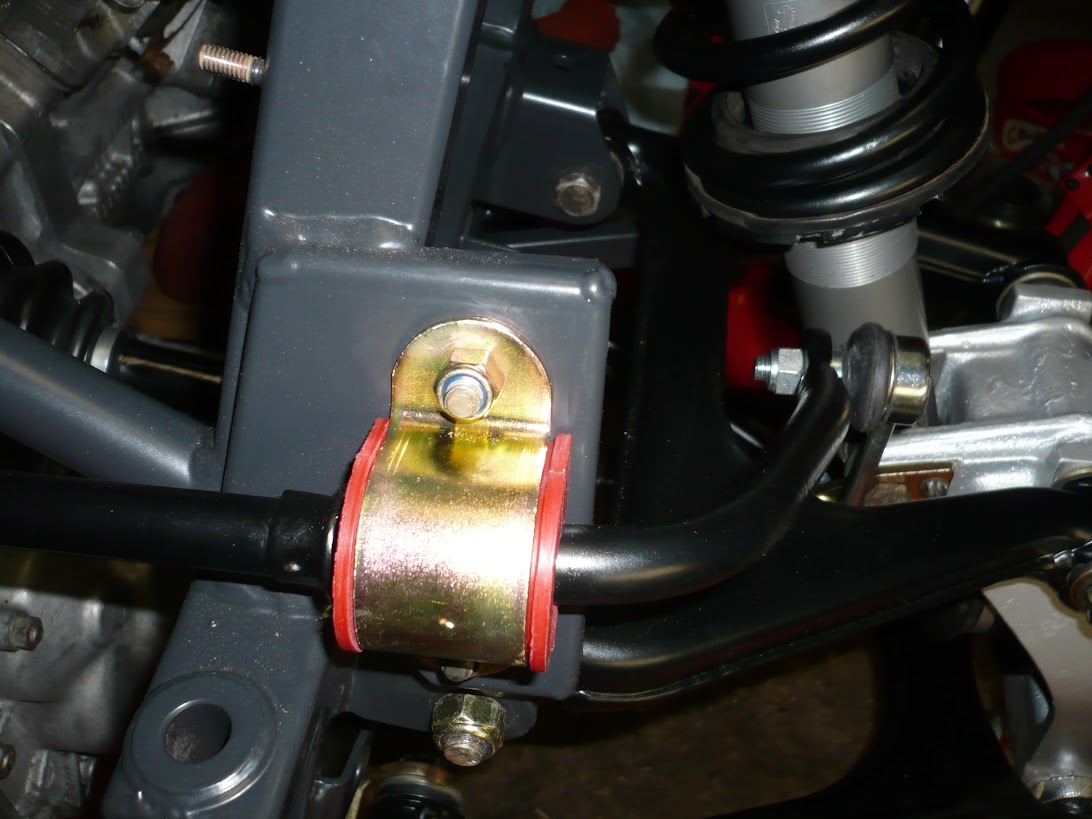 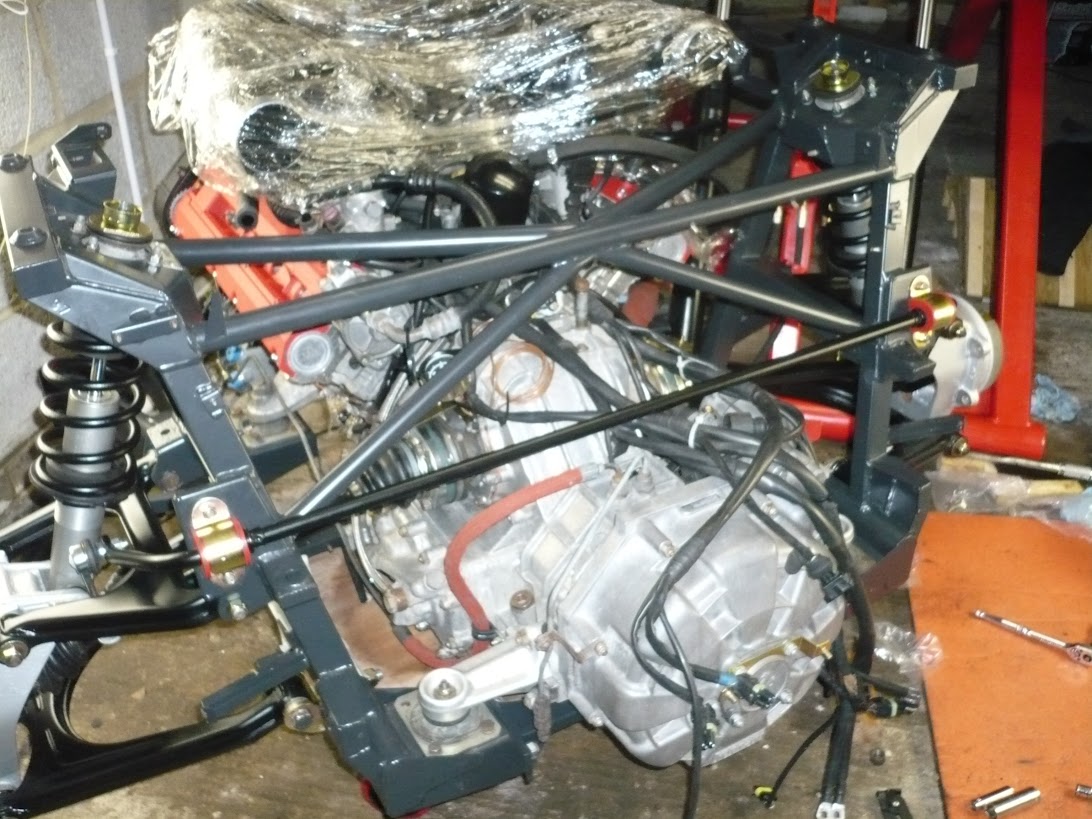 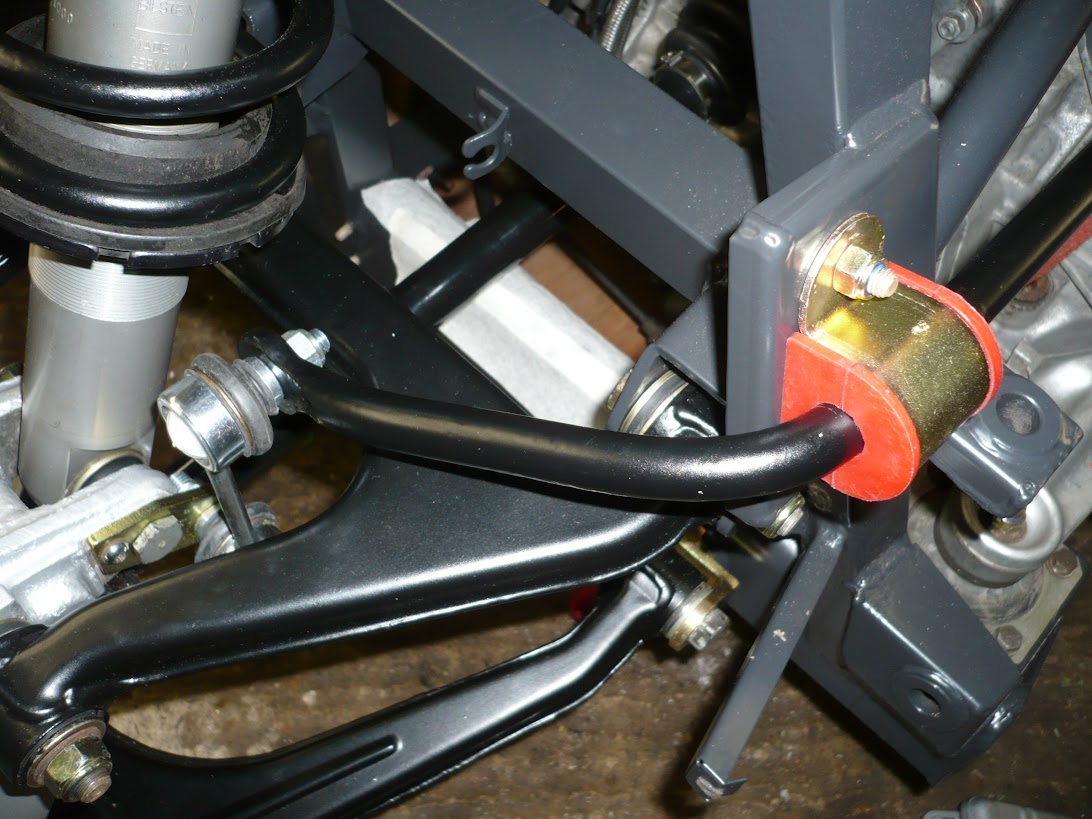 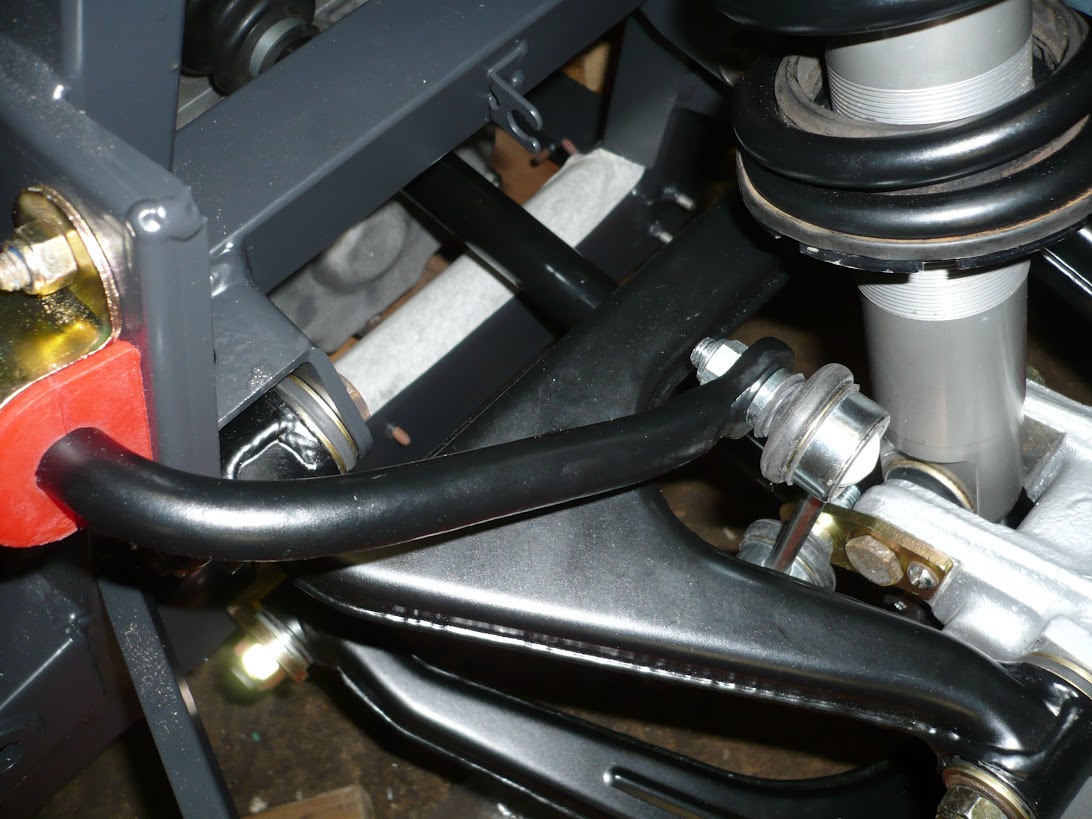