It was now time for the rear suspension to be bolted back onto the subframe, and the driveshaft and hub assemblies to be reinstalled.

I did one side at a time. I started with the lower wishbone. The first thing to do is to install the forks onto the chassis. They just push through the hole with shims in the correct order, and a large nut on the back. As with most of the suspension fixings I renewed the nuts with proper yellow passivated ones (unfortunately with a blue insert not yellow) as the old ones looked scruffy.

Lower wishbone fixing inside the fork. You can just see the shim behind the fork. 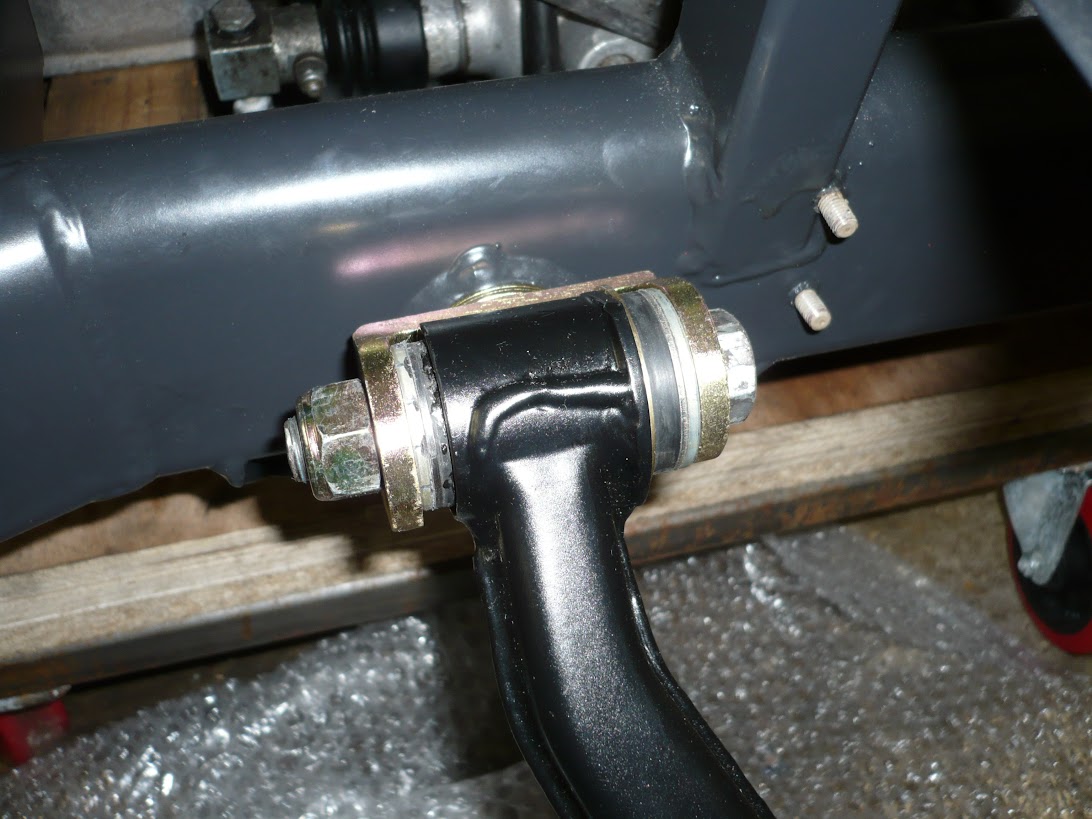 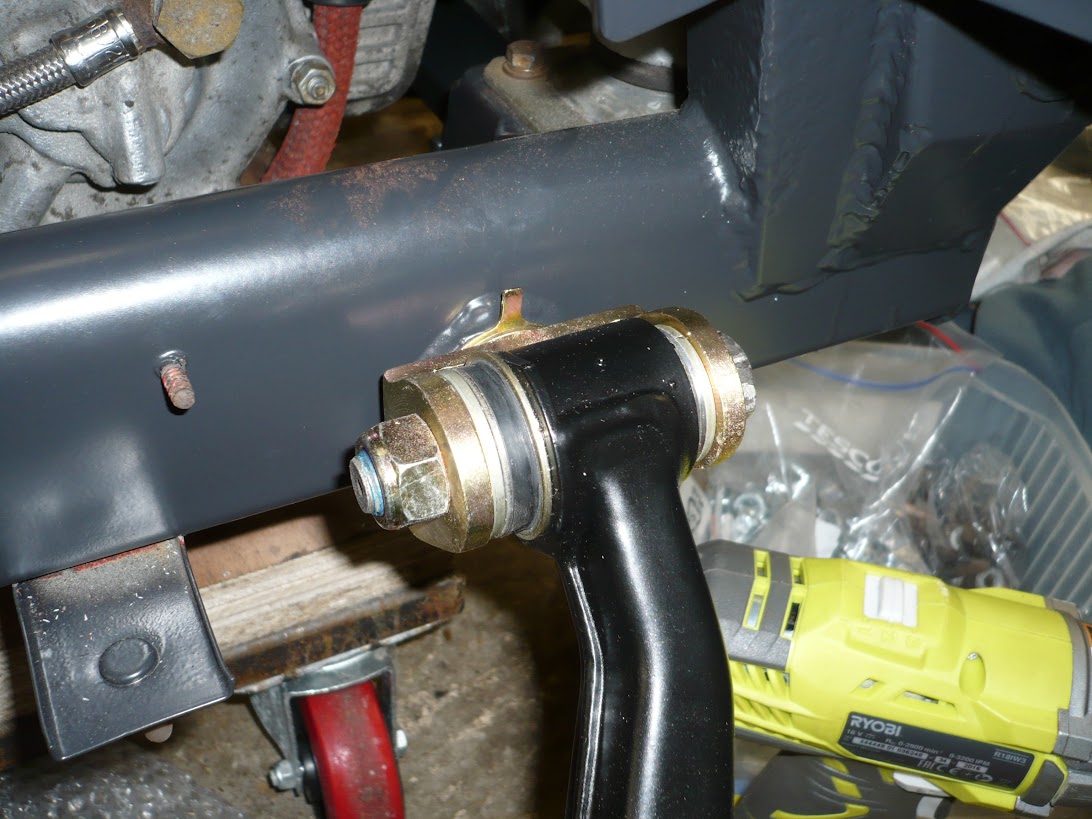 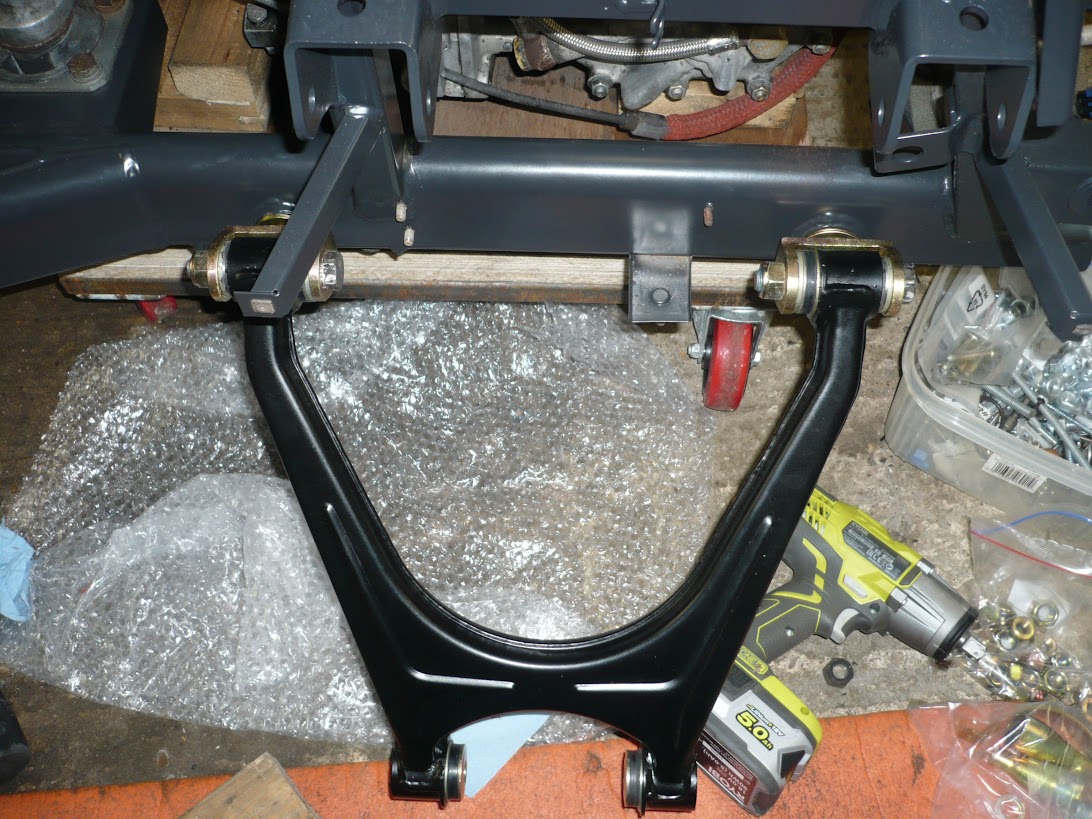 Next the driveshaft goes in. I have it sitting on an axle stand here as the outer end is heavy and I can't hold it up and attach it at the same time. 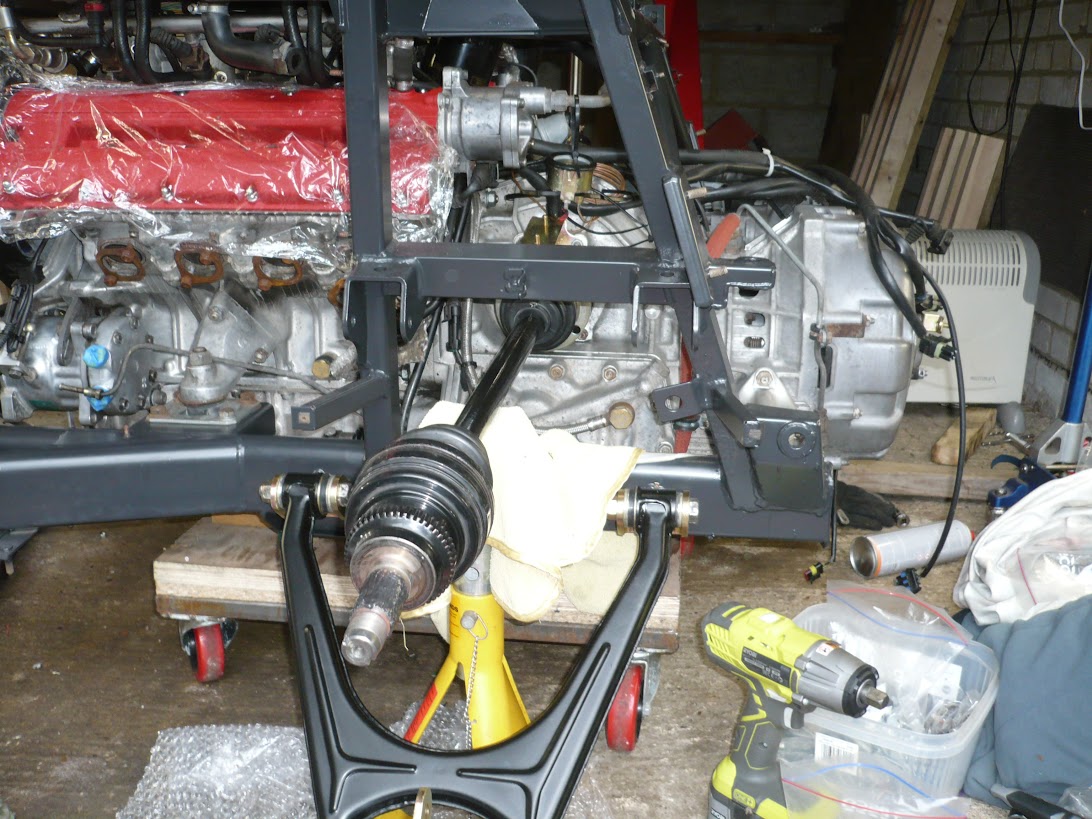 The driveshaft is bolted to the gearbox output. I used new locking tabs as the old ones were a bit scruffy looking and new ones were not very expensive: 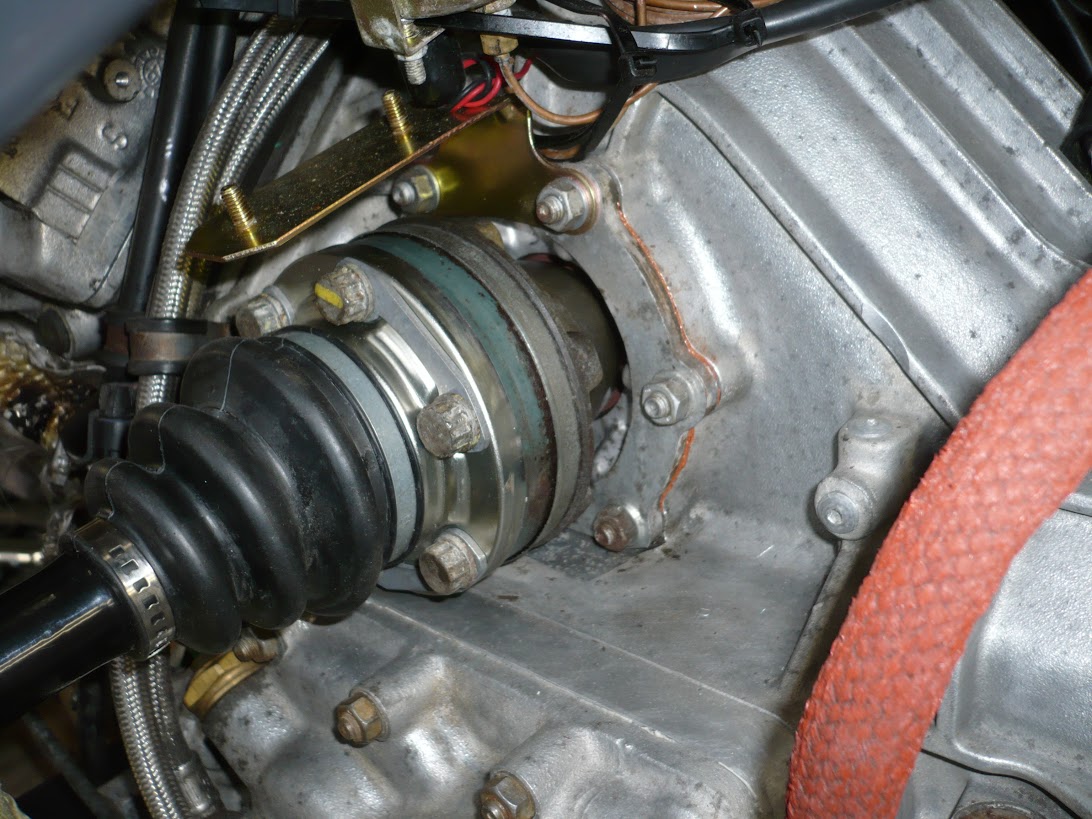 Once the driveshaft is installed, the hub can go on, fixing it at the bottom. This is the other side but i don't seem to have taken a photo of the left side. The end of the driveshaft can then be inserted into the splined hub, and then the top fixing of the hub to the upper wishbone can be inserted. I think when I did the other side I put the upper wishbone in before the hub rather than after it. I used Moly grease on the splines: 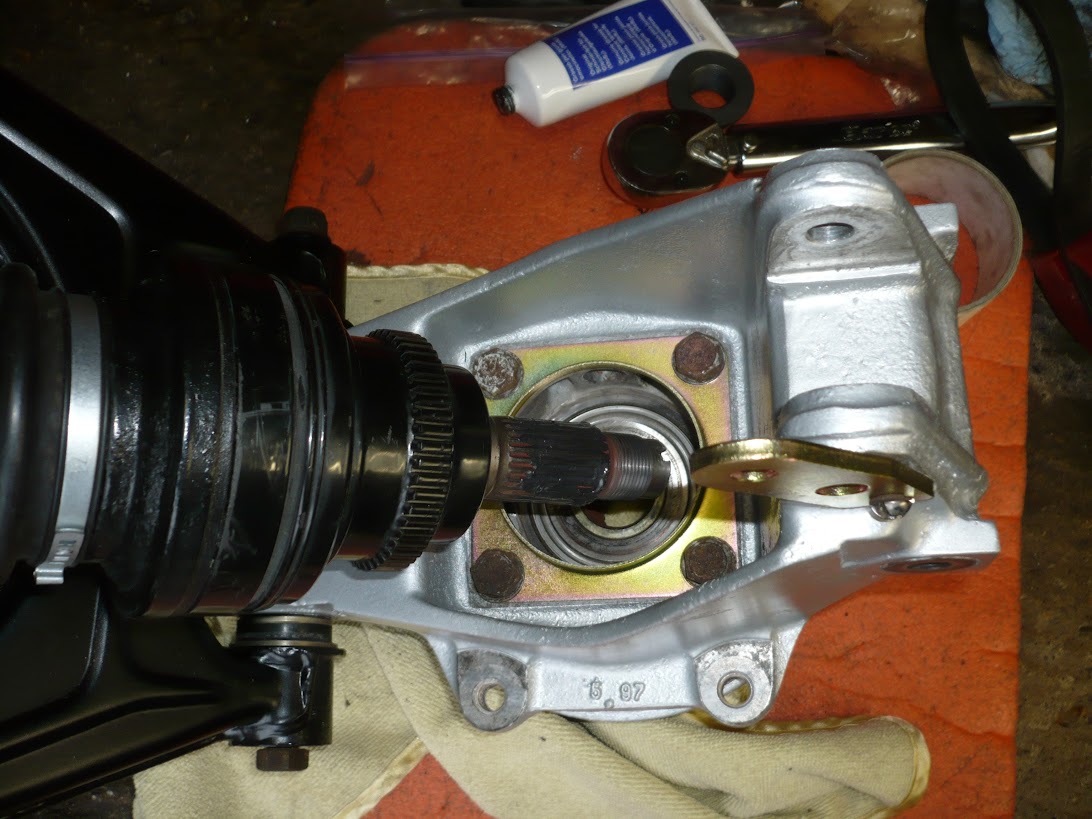 Back to the left side: 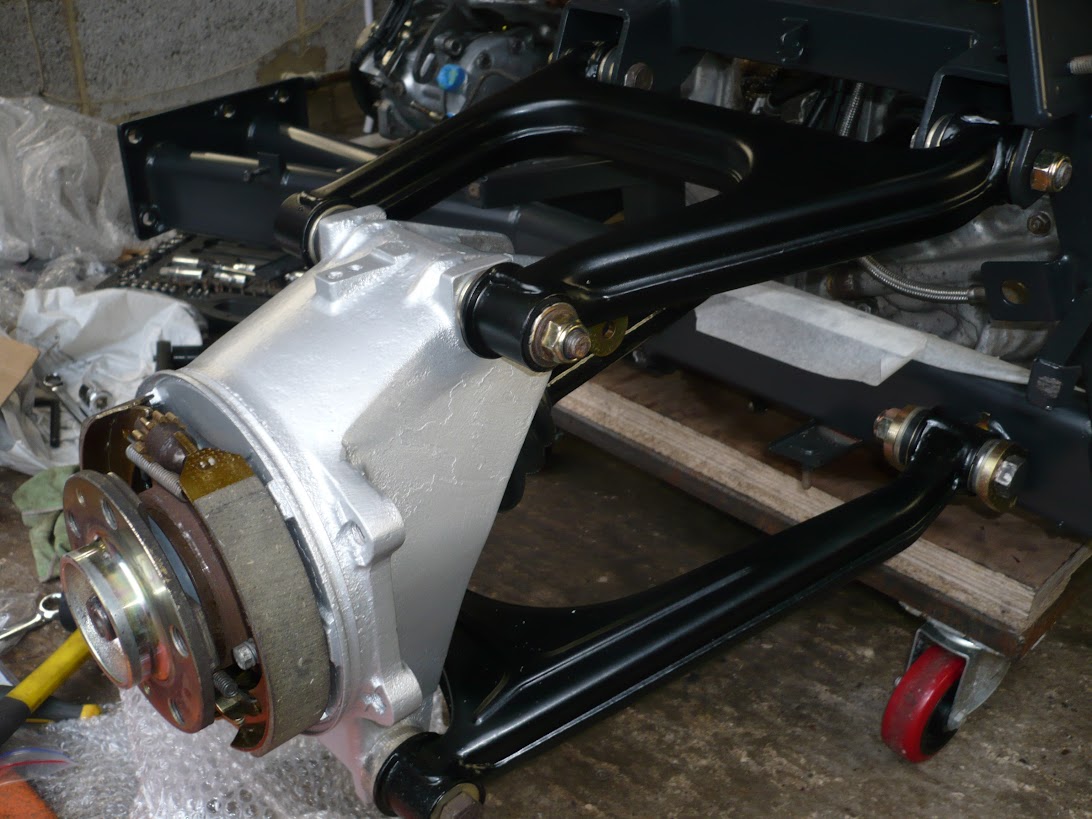 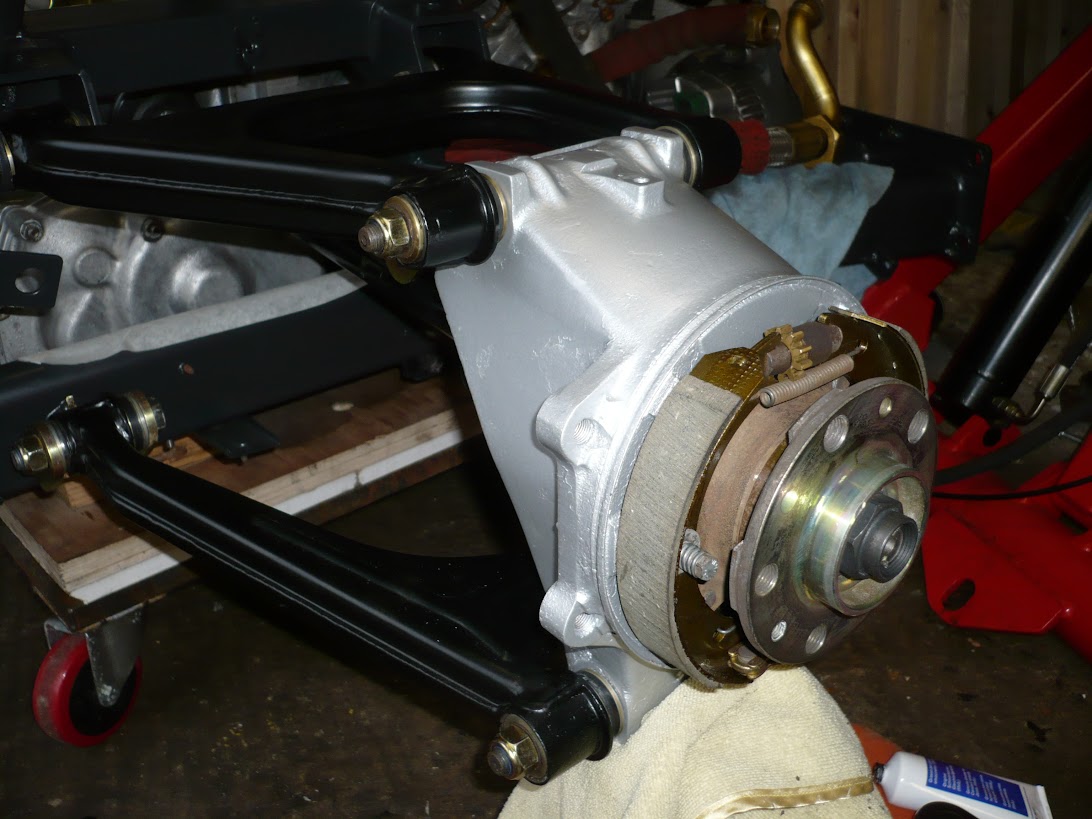 The suspension would not be torqued up properly until some weight could be put on it, so not until it was back in the car.

Note that at this point there is a nut on the end of the driveshaft, but I have not yet torqued it up. I didn't want to do so until I was sure I wasn't going to need to remove anything again, since the driveshaft nuts are the sort that you whack with a chisel to lock them on. I would later find that the replacements I'd bought were of a different material and could not be locked that way, so I eventually used threadlock on them instead. Either way though, now was not the right time to finalize them. As a result you'll see some tape over them in other pictures, which is just to signify that they aren't torqued up yet.